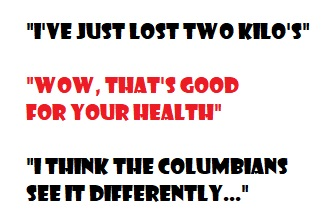 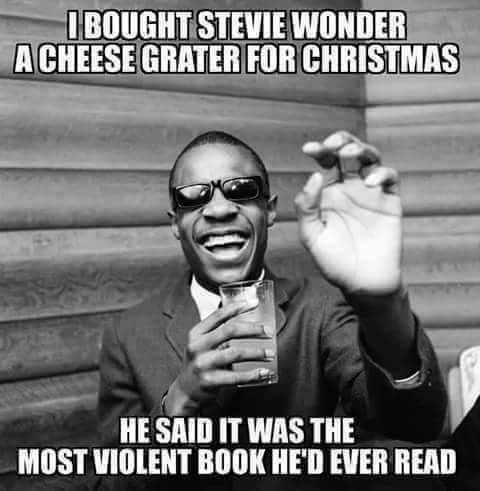 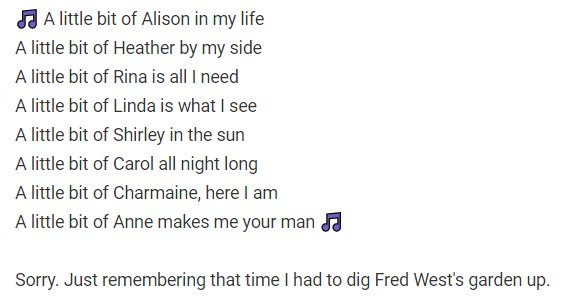 It is a small scale operation

Twelve Irish priests were about to be ordained.
The final test was for them to line up in a straight row, totally nude, in a garden while a sexy, beautiful, big breasted, nude model danced before them.
Each priest had a small bell attached to his weenie, and they were told that anyone whose bell rang when she danced in front of them would not be ordained
because he had not reached a state of spiritual purity.
The beautiful model danced before the first candidate, with no reaction.
She proceeded down the line with the same response from all the priests until she got to the final priest, Murphy.
Poor Murphy. As she danced, his bell began to ring so loudly that it flew off, clattering across the ground and laid to rest in nearby foliage.
Embarrassed, Murphy quickly scrambled to where the bell came to rest. 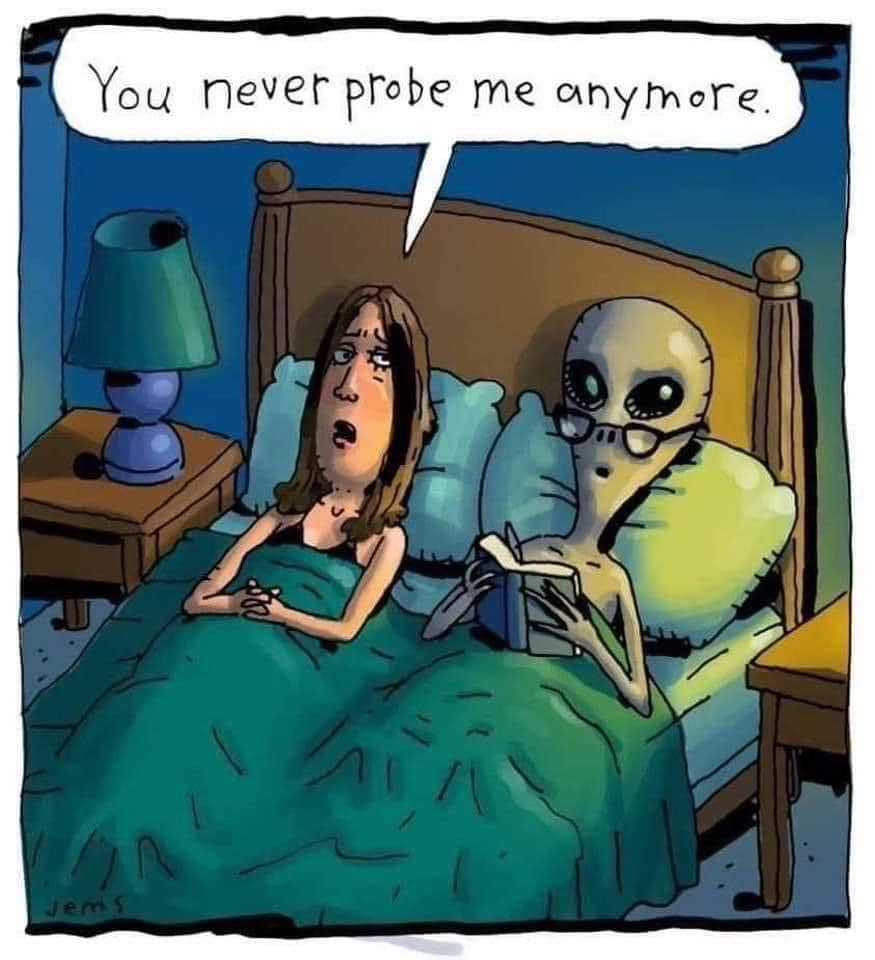 I persuaded my girlfriend to smuggle my coke through customs by sticking it up her arse....
....I didn't know I could buy another can in the departure lounge.

A petroleum station owner In Dublin was trying to increase his sales, so he put up a sign that read: ‘Free sex with Fill-up.’

Soon Paddy pulled in, filled his tank and asked for his free sex.

The owner told him to pick a number from 1 to 10. If he guessed correctly he would get his free sex.

Paddy guessed 8, and the proprietor said, ‘You were close, the number was 7 sorry, no sex this time.
A week later, Paddy along with his friend Mick, pulled in for another fill up, again he asked for his free sex.
The proprietor again gave him the same story and asked him to guess the correct number.
Paddy guessed 2 this time.
The proprietor said, ‘Sorry, it was 3. You were close but no sex.
As they were driving away, Mick said to Paddy, ‘I think the game is rigged and he really doesn’t give away free sex.’
Paddy replied, ‘No it ain’t Mick. It’s not rigged at all, my wife won twice last week.’ 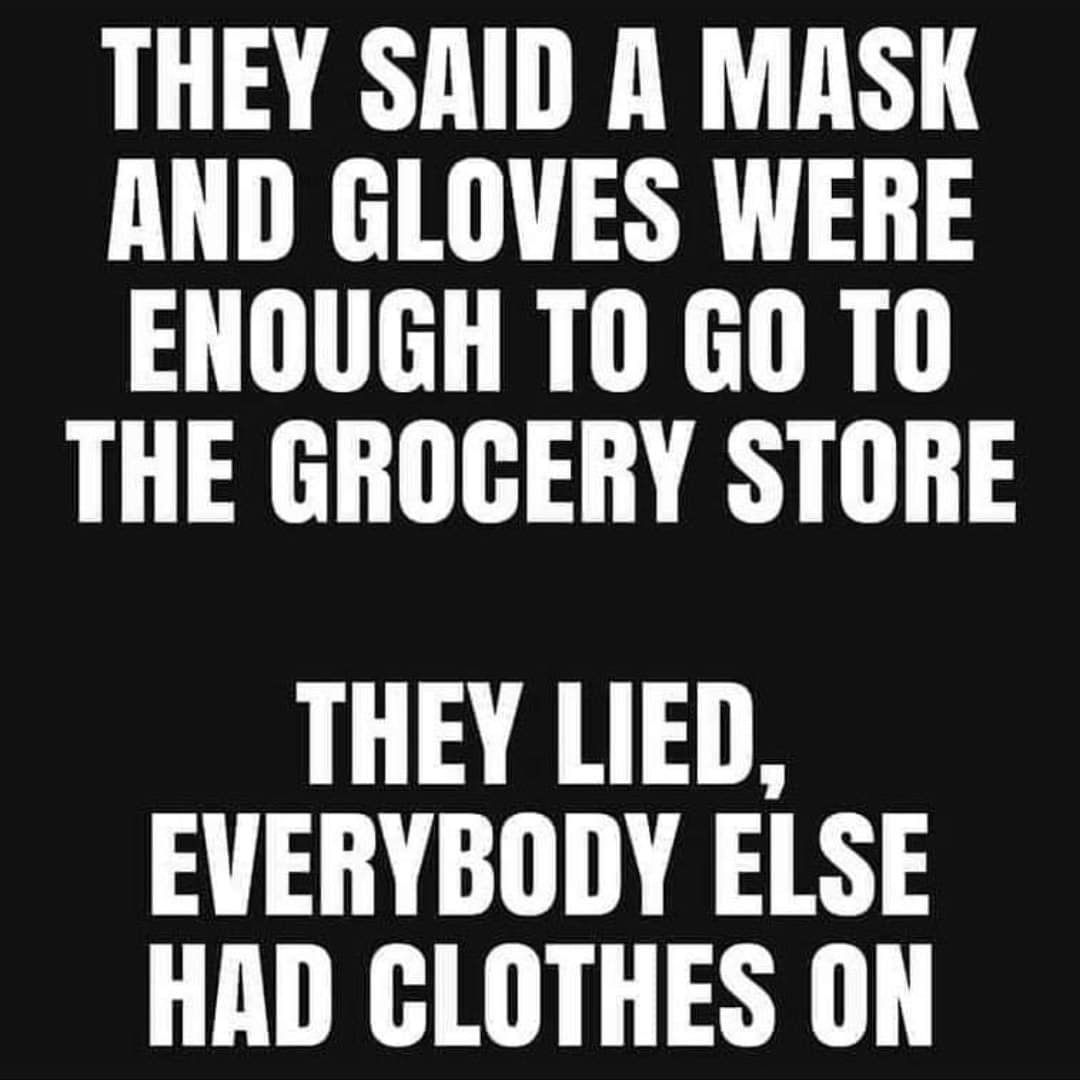 I recently auditioned for a part in a new ABBA movie, but got beaten to it by this big bearded twat. He’ll regret it though.

I’ll make him sorry he was Bjorn.

Mr and Mrs Wong are in the Maternity Ward while Mrs Wong is having her baby. The baby is delivered and handed over to Mr Wong. He quickly observes that the baby is white.

He says to the Midwife, "Two Wongs Don't make a White"

I think they named the baby Sum Tin Wen Wong

Badumtisch.....
'Life Is Like A Shit Sandwich, The More Bread you have got, The Less Shit You Have To Eat'
Some things really puzzle me. For instance, why is there only one Monopolies Commission?

Book Reviewer
A man and a woman had been married some time when the woman began to question her husband. "I know you've been with a lot of woman before. How many were there?"
The husband replied, "Look, I don't want to upset you, there were many. Let's just leave it alone."
The wife continued to beg and plead.
Finally, the husband gave in. "Let's see." he said "There was one, two, three, four, five, six, you, eight, nine..."
No sooner did we form into teams than we were re-organised.
I was to learn later in life that we tend to meet every situation by re-organising and what a wonderful method it is for giving the illusion of progress whilst only producing confusion, inefficiency & demoralisation.
PETRONIUS AD 66

A priest, an imam and a rabbit when to give blood.

The rabbit says “I might be a Type O”

Geordie goes with a prostitute while on the piss in Blackpool. Drops his pants, gets his cock out and the lass says: "By eck! That's a gud un!"
Geordie says:"Whats a 'gud un'?"
She replies:"It means a big one."
She drops her knickers and Geordie says:"why eye! That's a canny un!"
She says:"What's a 'canny un'?"
Geordie replies:"A fucking big valley that cowboys ride through!"

johnboyzzz said:
Geordie goes with a prostitute while on the piss in Blackpool. Drops his pants, gets his cock out and the lass says: "By eck! That's a gud un!"
Geordie says:"Whats a 'gud un'?"
She replies:"It means a big one."
She drops her knickers and Geordie says:"why eye! That's a canny un!"
She says:"What's a 'canny un'?"
Geordie replies:"A ******* big valley that cowboys ride through!"
Click to expand...

She was obviously trying to boost his ego. Any fuel no Geordies have small còcks.
​
Emsdorf and victory!

A wife was in bed with her lover when she heard Paddy, her husband’s key in the door. “Stay where you are,” she said. “He’s so drunk he won’t even notice you’re in bed with me.”

Paddy lurched into bed, but a few minutes later, through a drunken haze, he saw six feet sticking out at the end of the bed.

Paddy turned to his wife: “Hey, there are six feet in this bed. There should only be four. What’s going on?”

“You’re so drunk you miscounted,” said the wife. "Get out of bed and try again. You can see better from over there."

The receptionist replies “No, you’ll have it straight like everyone else you creepy fecker”

Amber Heard may be stunning to look at, but I hear she's shit in bed.

Most car dealerships have re-opened after the Covid19 Lockdown, with the notable exception of BMW. A spokesman for the company was asked when they might do the same but he gave no indication....
"This abiding agile damper is clinically appeared to mediocre correlate big origin, irritation hunger, prod essence levels and for all to see osmosis compact."