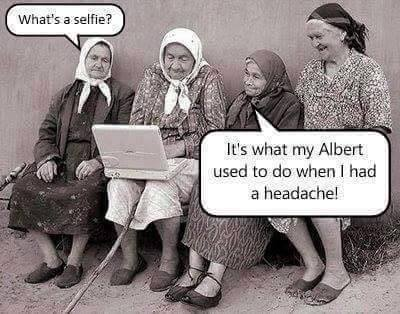 I often wonder if the investor of the umbrella wanted to call it a brella but hesitated when asked what its name was?
"The problem with quotes on the Internet is that it is hard to verify their authenticity"
 Abraham Lincoln

Two Irishmen walking home from the pub on the railroad tracks. One says Paddy these are the longest stairs I've ever been on. Paddys says aye tis' that all right but it's these fookin' low handrails that's killing me.

Lee and Tim are in the pub

If you see a light at the end of the tunnel, it means the tunnel's on fire. (Sir T. Pratchett)

Last night, I managed to find Johnny Rotten's phone number. Out of curiosity, and not really knowing what to say, I gave it a ring.

It went straight to ansa-phone, and the recorded message went,

"There's no point in asking,
You'll get no reply..."
NULL

A suspected male Coromavirus patient is lying in bed in hospital, wearing an oxygen mask. A young student nurse is passing by and he calls out from behind the mask "Nurse, are my testicles black?"
Embarrassed, the young nurse replies, " Sorry, I don't know." He struggles to ask again, "Nurse, please check for me. Are my testicles black?" Concerned that he might elevate his blood pressure and heart rate from worrying about his testicles, she overcomes her embarrassment and pulls back the covers. She raises his gown, holds his manhood in one hand and his testicles gently in the other. She looks very closely and says, "There's nothing wrong with them, Sir. They look fine."
The man slowly pulls off his oxygen mask and says "Thank you very much for that. Now, please listen very, closely: are my test results back?!
Last edited: 28 Mar 2020
I didn't say it was your fucking fault, I said I was blaming you. 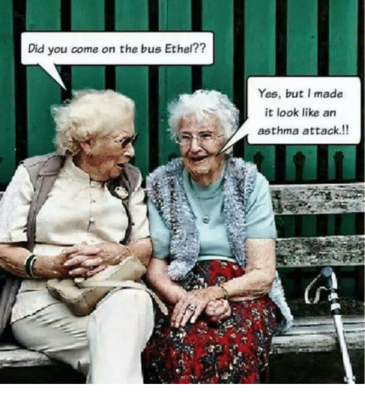 My mate is in hospital with COVID 19, he's on one of those new ventilators made by Dyson, word is he is picking up well.
Sorry, I don't have a witty reply on hand at the moment...... but what I do have is a herd of Willdebeast and this starting pistol. 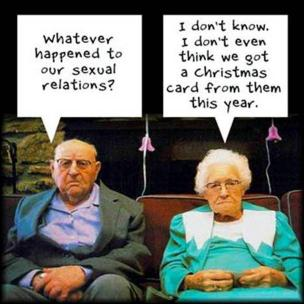 Last night i tried sharing a bag of chips with a homeless man who was sat on a park bench..
He said sod off and get your own bloody chips.
I may be 70 but I still have the stamina, physical prowess and mental agility of a 69 year old.

I ran out of toilet taper the other day & have to use newspaper.

The first COVID-19 case has been confirmed in Russia. The patient’s name is Ivor Chestikov.

I received the sad news that a distant relative with no immediate family has died of corona virus.

On the bright side I am now a lord of the manor. Apparently he has left me Fuc Hall.

I put a world map up on the kitchen wall this morning then gave the wife a dart.
I said "Here you are love. Throw this dart at the map and wherever it lands I'll take you there for a holiday when this virus thing is all over".

The Chinese government are celebrating an achievement that even the great empires of history never managed. They’ve coronised the the whole world.

Boris Johnson has been declared fit for work by Ian Duncan Smith.
NULL

Book Reviewer
How many divorced blokes does it take to change a light bulb?
Nobody knows, because they never get the house.
A fireman to be successful, must enter buildings; His whole success depends on his getting in and remaining there, and he must always carry his appliances with him, as without them he is of no use. James Braidwood (1800-1861)

Book Reviewer
How many trick cyclists does it take to change a light bulb?
One, but the light bulb has to want to change.
A fireman to be successful, must enter buildings; His whole success depends on his getting in and remaining there, and he must always carry his appliances with him, as without them he is of no use. James Braidwood (1800-1861)

Book Reviewer
A fellow is driving around and he sees a sign in front of a house: "Talking Dog For Sale."
He rings the bell and the owner tells him the dog is in the backyard. The fellow goes into the backyard and sees a Labrador Retriever sitting there.
"You talk?" he asks.
"Yep," the Lab replies.
"So, what's your story?"
The Lab looks up and says, "Well, I discovered that I could talk when I was pretty young and I wanted to help the government, so I told the CIA about my gift, and in no time at all they had me jetting from country to country, sitting in rooms with spies and world leaders, because no one figured a dog would be eavesdropping. I was one of their most valuable spies for eight years running.
But the jetting around really tired me out, and I knew I wasn't getting any younger so I wanted to settle down. I signed up for a job at the airport to do some undercover security work; mostly wandering near suspicious characters and listening in. I uncovered some incredible dealings and was awarded a batch of medals. I got married, had a mess of puppies, and now I'm just retired."
The fellow is amazed. He goes back in and asks the owner what he wants for the dog.
"Ten dollars." the owner says.
"This dog is amazing. Why on earth are you selling him so cheap?"
"Because he's a liar. He didn't do any of that stuff."

No sooner did we form into teams than we were re-organised.
I was to learn later in life that we tend to meet every situation by re-organising and what a wonderful method it is for giving the illusion of progress whilst only producing confusion, inefficiency & demoralisation.
PETRONIUS AD 66
A

Why does it take 6 lesbians with PMT to change a light bulb?.....IT JUST DOES, ALL RIGHT!
You must log in or register to reply here.