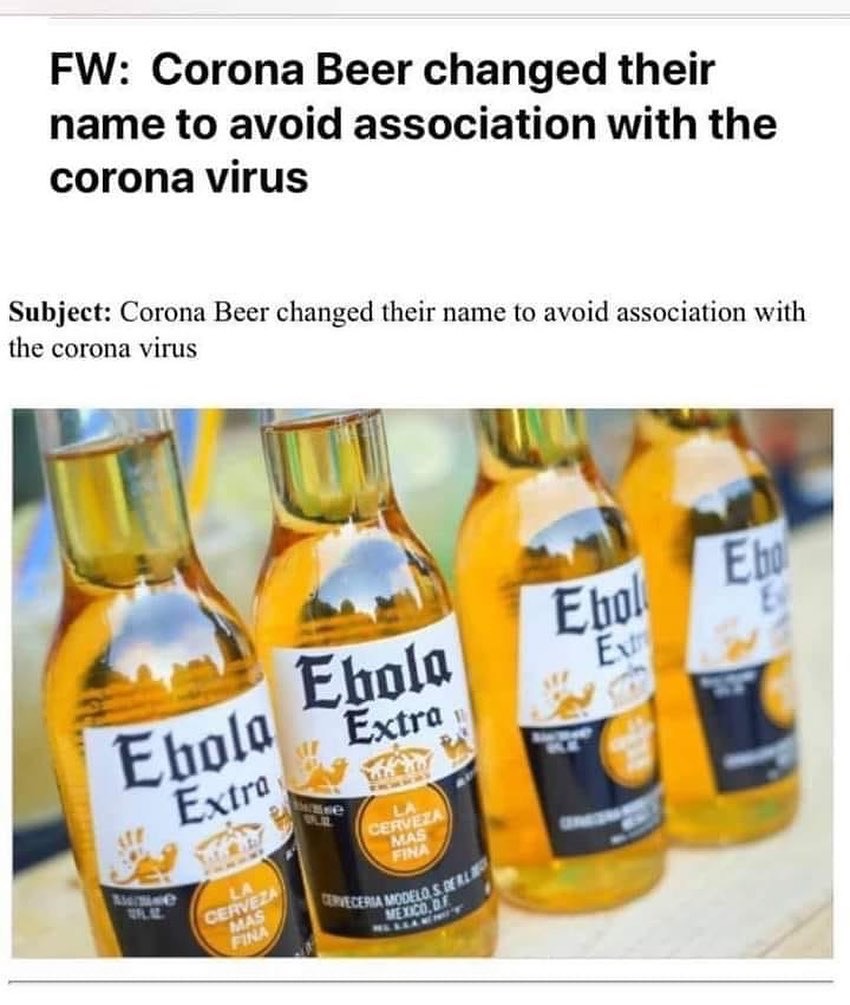 Book Reviewer
The warning label on my Asda smart price mustard told me to reject it if the lid appears depressed.
I mean of course I don't expect it to be as fucking chirpy as one from Waitrose or M&S, but how miserable can mustard get??.
"It's not the bullet that's got my name on it that concerns me; it's all them other ones flyin' around marked 'To Whom It May Concern.'" -Unknown
People sleep peaceably in their beds at night only because rough men stand ready to do violence on their behalf - George Orwell
Si vis pacem, para bellum

Joker62 said:
The warning label on my Asda smart price mustard told me to reject it if the lid appears depressed.
I mean of course I don't expect it to be as ******* chirpy as one from Waitrose or M&S, but how miserable can mustard get??.
Click to expand...

If it’s French mustard, I guess it’s just about ready to give up...

On My way home from work, I stopped off at the petrol station to put some air in my tyres as they were a bit flat. I put the air in and went inside to pay.

£2! I said. It's air, for crying out loud, it shouldn't be that expensive!
Well, the cashier replied, that's inflation for you.
I want to live forever. So far, so good.

Old man says to wife, "I had to show my grey chest hair today to get my pension",
Wife, "you should have shown your dick, you would have got disability allowance"

I got a call from some mates yesterday inviting me to a joint Chinese New Year / Burns night party.

I didn't want to go, but they twisted my arm.
L

Two Gay Irishmen were very happy together.
One was called Patrick Fitzgerald, the other was Gerald Fitzpatrick

Dave the Scouser is touring the USA. Along the way, he stops off at a remote bar in the Nevada desert and chats to the bartender when he spots a Red Indian in full tribal dress seated in the corner of the bar.

"Gee, that's the memory man," replies the bartender. "He knows everything there is to know. Got a memory like an elephant, he can remember any fact. Heck, go and try him out!"

Dave heads over to the Red Indian, thinking that he can outsmart him with a question about English football.
He asks the memory man, "Who won the 1965 FA cup final?"
"Liverpool," came the instantaneous reply.
Dave was stunned. He tried again asking, "Who did they beat?"
"Leeds," replied the memory man.
Dave tried once more asking, "What was the final score?"
The wise Red Indian didn't hesitate in answering, "2-1."
Dave thinks he'll get smart, asking the memory man for the name of the winning goal scorer. Without so much as blinking, the Red Indian says, "Ian St John."
Dave is stunned and returns home to Liverpool, where he tells everyone about the Red Indian. Dave's curiosity lingers, and he vows to return to America and pay his respects to the Indian. Ten years later, Dave finally saved up enough money to return and, after weeks of searching the Nevada desert, once more he finds the Red Indian, now in a cave.
Humbled by the Red Indian, Dave steps forward, bows, and greets the brave in his traditional tongue.
"How," Dave says.
The memory man squints at him and replies, "A diving header in the six-yard box."
I want to live forever. So far, so good.

A lady dies and goes to heaven.
She arrives at the pearly gates and is greeted by Saint Peter.
There are a few people waiting, so she strikes up a conversation with him.
Just then, she hears a blood curdling scream! "What was that?" she asks.
"Oh, don't worry about that," says Saint Peter, "It's just someone getting a hole drilled in their head so they can be fitted for their halo.
A few seconds later, she hears another agonized scream, this one even more terrible than the one before.
"What was that?!" she asked anxiously.
"Oh ,don't worry," says Saint Peter soothingly,
"It's just someone getting holes drilled in their back so they can be fitted for their wings."
The lady starts to back away. "Where are you going?" asks Saint Peter.
"I think I'll go downstairs, if it's all the same to you," says the lady.
"But you can't go there," says the saint, "You'll be raped and sodomized!"
"It's OK," says the lady, "I've already got the fucking holes for that."
I want to live forever. So far, so good.

Yesterday my Grandad went to the Cobblers to collect his shoes:

The cobbler says. ''When did you bring them in mate?''

The Cobbler says. "You're having a laugh mate, this shop has changed hands 17 times and we don't keep records. Anyway, where's your ticket?''
Grandad opens his wallet and produces the ticket in perfect condition.
The cobbler can't believe it, but goes down the cellar stairs and searches an hour for the shoes,
He comes up the stairs all covered in cobwebs with a pair of shoes and says to grandad. ''Is this ''em?''
Grandad says. ''Yes.'' All excited.
.
.
The Cobbler says. ''They'll be ready Friday!''
I want to live forever. So far, so good.

Pompous member of the Edinburgh middle class dies and comes to the Pearly Gates. St Peter scans the list and tells him that he is destined for the other place. The goodly burgher explodes with rage;

"You must have that wrong; I've been a model Christian all my life! I've kept all the Commandments, I go to St Giles every Sunday and always put £20 in the collection! This is outrageous! I demand that you go to God and get him to rescind this ridiculous decision!

St Peter, a bit world-weary, agrees and goes off to find God.

On his return the burger asks "What did God say about this dreadful mistake?"

"You can have the money back."
The trap we've fallen into is to believe that a thousand incompetents properly organized can do the job of a few dozen outstanding people.

wrinklyone said:
Yesterday my Grandad went to the Cobblers to collect his shoes:

The cobbler says. ''When did you bring them in mate?''

The Cobbler says. "You're having a laugh mate, this shop has changed hands 17 times and we don't keep records. Anyway, where's your ticket?''
Grandad opens his wallet and produces the ticket in perfect condition.
The cobbler can't believe it, but goes down the cellar stairs and searches an hour for the shoes,
He comes up the stairs all covered in cobwebs with a pair of shoes and says to grandad. ''Is this ''em?''
Grandad says. ''Yes.'' All excited.
.
.
The Cobbler says. ''They'll be ready Friday!''
Click to expand...

You can have a funny for that because:

a) it reminded me of laughing when I first heard it in the 1960s (and it was old then)
b) there is still no GROAN button
The face that lunched a thousand chips.

Tedsson said:
You can have a funny for that because:

a) it reminded me of laughing when I first heard it in the 1960s (and it was old then)
b) there is still no GROAN button
Click to expand...

A Russian and an Irish wrestler were set to square off for the Olympic gold medal. Before the final match, the Irish wrestler's trainer came to him and said 'Now, don't forget all the research we've done on this Russian. He's never lost a match because of this 'pretzel' hold he has. It ties you up in knots. Whatever you do, do not let him get you in that hold! If he does, you're finished.'
The Irishman nodded in acknowledgment. As the match started, the Irishman and the Russian circled each other several times, looking for an opening. All of a sudden, the Russian lunged forward,grabbing the Irishman and wrapping him up in the dreaded pretzel hold. A sigh of disappointment arose from the crowd and the trainer buried his face in his hands, for he knew all was lost. He couldn't watch the inevitable happen.
Suddenly, there was a Long, High Pitched Scream, then a cheer from the crowd and the trainer raised his eyes just in time to watch the Russian go flying up in the air. His back hit the mat with a thud and the Irishman collapsed on top of him, making the pin and winning the match.
The trainer was astounded.When he finally got his wrestler alone, he asked 'How did you ever get out of that hold? No one has ever done it before!'
The wrestler answered 'Well, I was ready to give up when he got me in that hold but at the last moment, I opened my eyes and saw this pair of testicles right in front of my face. I had nothing to lose so with my last ounce of strength, I stretched out my neck and bit those babies just as hard as I could.'
The trainer exclaimed 'Oh, so that's what finished him off?!!'
'Not really. You'd be amazed how strong you get when you bite your own balls'
I want to live forever. So far, so good.

Two Irish nuns go to New York. Before they traveled, they read about American food and were surprised to find that New Yorkers eat dogs. Still, they decide that they’ll have to try the local delicacies.

Not long after arriving, they walk past a street vendor who’s yelling “Hot dogs, get your dogs here”. So bravely they each order a dog.

The first nun bites into hers and goes white as a sheet. She gasps “which bit of the dog did you get?” 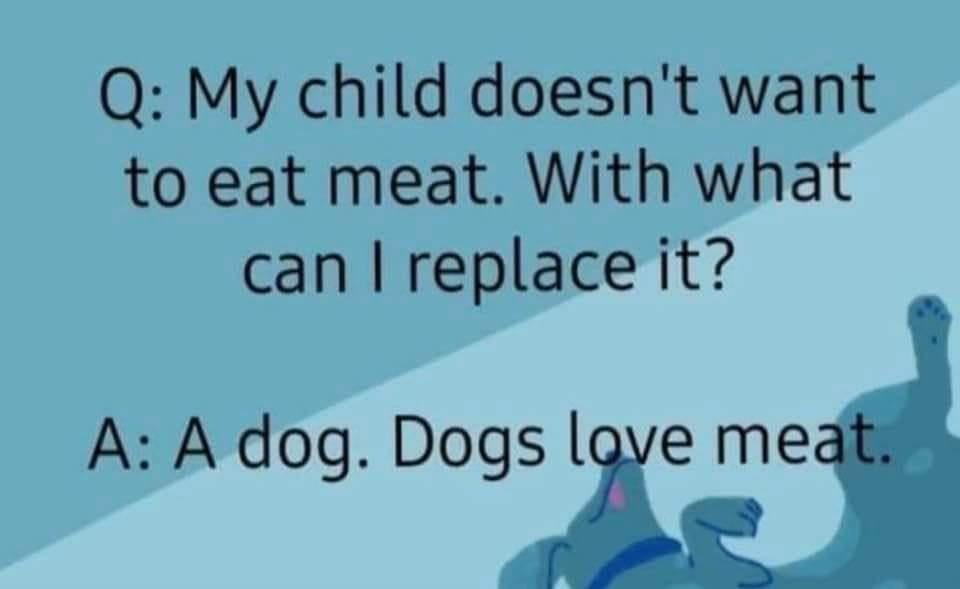 A few years ago I volunteered to help out building a well in an African village.
I was kicked out after I shortened the rope that they used to collect water.

It didn't go down well.

Two Irish guys get pulled over while drinking and driving.
The driver tells his friend, "Peel the labels off these beer bottles, and we'll each stick one on our forehead. Now, shove all of the bottles under the front seat. Just let me do all the talking."
The cop walks up and shines his flashlight into the car. "Have you been drinking?" he asks.
"No, sir," the drunk answers. "We haven't had a thing to drink tonight."
"Then what on earth are those beer labels doing on your foreheads?"
"We're both alcoholics," says the drunk. "We're on the patch."

A Honda mechanic was removing a cylinder head from the motor of a Honda when he spotted a well-known cardiologist in his shop. The cardiologist was there waiting for the service manager to come and take a look at his car when the mechanic shouted across the garage, "Hey Doc, want to take a look at this.?"
The cardiologist, a bit surprised, walked over to where the mechanic was working on the Honda.
The mechanic straightened up, wiped his hands on a rag and asked, "So Doc, look at this engine. I opened its heart, took the valves out, repaired or replaced anything damaged, and then put everything back in, and when I finished, it worked just like new.
So how is it that I make £24,000 a year and you make £1.7M when you and I are doing basically the same work.?"
The cardiologist paused, leaned over, and then whispered to the mechanic.... "Try doing it with the engine running!.
I want to live forever. So far, so good.
You must log in or register to reply here.