It’s my scouse nephew's birthday tomorrow. As a special surprise, I've put £10 in his grandmother's purse.
I want to live forever. So far, so good.

The jumper I got for Christmas kept picking up static electricity so I took it back to the shop and exchanged it for another one free of charge.
I want to live forever. So far, so good. 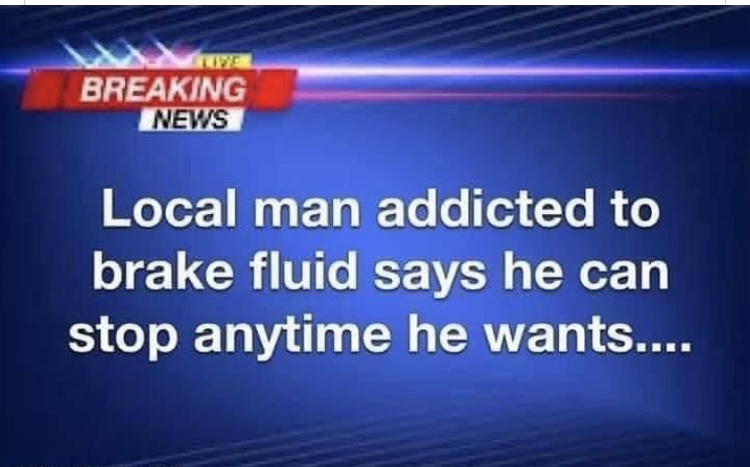 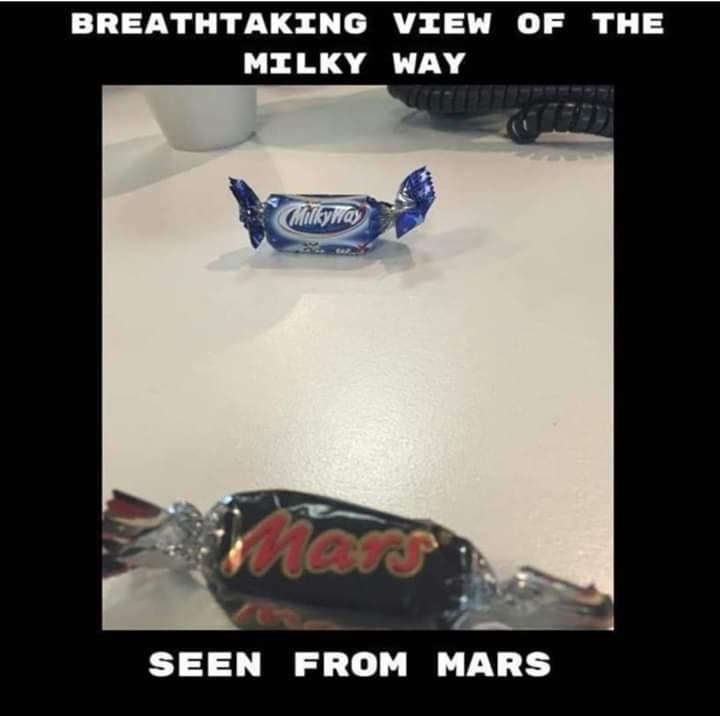 Evdhimong said:
Hows about this one then...


What's green and smells of pork?

(And, for the older generation: "What's pink and smells of ginger?")

What's green and turns pink at the flick of a switch?

Kermit in a blender
Donate to send Fang to Greece to provide emergency dental care in refugee camps
https://www.justgiving.com/crowdfunding/Fangfarrier 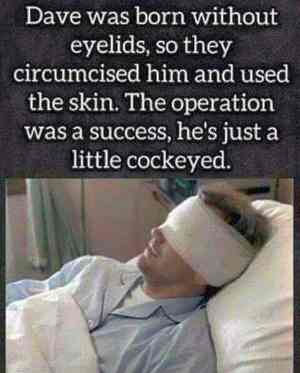 My Wife just phoned me and the conversation went like this :-

Her: "You know that Gladiator movie that I got you for Xmas..??? 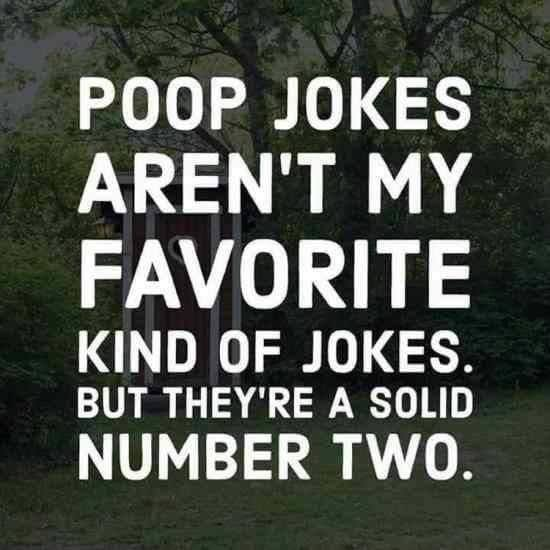 Recently, just after the Gen'l Erection, 2 sad and weary Labour types are walking toward Westminster commiserating away and spy a dog furiously licking away at his tackle.
Jemmy says to his sidekick "don't you wish you could do that?"
John who eyes the doggies goings on with some admiration replies " I most surely do, but he'd probably bite me if I tried"

A little girl pricked her hand on a rose bush. Crying, she ran in to her mum and asked her for mother for a bowl of cider so she could put her hand into it.

Confused, but not wanting a tantrum, the mother pours a bowl of cider. The little girl puts her hand in to it for a while, and then pulls it out still crying. “It doesn’t work”, she moaned “my hand still hurts”.

Getting annoyed, the mother asks the girl what on earth made her think that putting her hand into cider would ease the pain?

dlrg said:
Checkout at Tesco: Would you like Cash back?

What do you call change for the condom machine?
.
.
Jonny Cash
U

Evdhimong said:
Werner Heisenberg is driving down the strasse, when a policeman waves him over.
"Mein Herr, were you aware of your speed?"
"No, officer."
The policeman looks at him sternly. "I measured you at 80 kilometres per hour."
"Bugger!" says Heisenberg; "Now I'm lost".
Click to expand...

Turns out that Schrodinger was in the passenger seat. Police officer decides to look in the boot.
"Arrgh! Did you know that you have a dead cat in here?"
"Oh." - replied Schrodinger, sadly - "I do now."

Book Reviewer
A tourist walked into a pet store and was looking at the animals on display.
While he was there, an officer from the local RN base walked in and said to the shopkeeper "I'll take one of those monkeys, please."
The shopkeeper nodded, went to a cage at the side of the store and took out a monkey. He put a collar and leash on the animal and handed it the officer, saying, "That'll be £2,000, please." The officer paid and left with the monkey.
The surprised tourist went to the shopkeeper and said, "That was a very expensive monkey. Most of them are only a few hundred pounds. Why did that one cost so much?"
The shopkeeper answered, "Ah, that's a special technician monkey, he can rig aircraft flight controls, pass the RN Fitness Test, set up a perimeter defence and perform the duties of any warrant officer with no back talk or complaints. It's well worth the money".
The tourist then spotted a monkey in another cage. "That one's even more expensive! £10,000! What does it do?" he asked.
"Oh, that one" replied the shopkeeper. "That's an "Engineering Officer" monkey. It can instruct at all levels of maintenance, supervise maintenance at the unit, intermediate, and Depot level, and even do all of the paperwork. A very useful monkey indeed".
The tourist looked around a little longer and found a third monkey in cage. The price tag was £50,000. The shocked tourist exclaimed, "This one costs more than all the others put together! What in the world can it do?"
"Actually" said the shopkeeper "I've never actually seen him do anything but drink beer, play with his dick and try to trap every female monkey, but his papers say he's Aircrew."
No sooner did we form into teams than we were re-organised.
I was to learn later in life that we tend to meet every situation by re-organising and what a wonderful method it is for giving the illusion of progress whilst only producing confusion, inefficiency & demoralisation.
PETRONIUS AD 66

A woman came home to find her husband swatting flies. “Have you killed any” she asked.

He replied proudly “Yes love, I got three males and two females”

“How do you know what sex the were?” she asked.

Kit Reviewer
A female weightlifter goes to her quack:

"I've been taking steroids, and now I've grown a cock !"

"No, just a cock."
- #diymetoo
- Apparently some moderators take themselves very, very seriously, and cannot abide posts such as:
"If however you offer to moderate you may be a sanctimonious, unfunny pissflap to your heart's content."
- Some comments are allegedly "very very nasty and uncalled for."[/U]
- FISHMO
C

Kit Reviewer
When Ralph first noticed that his penis was growing larger and staying erect longer, he was delighted - as was his wife.

But after several weeks his penis had grown to nearly twenty inches.

Ralph became quite concerned.
He was having problems dressing, and even walking.
So he and his wife went to see a prominent urologist.

After an initial examination the doctor explained to the couple that, though rare, Ralph's condition could be fixed through corrective surgery.

"How long will Ralph be on crutches ?" the wife asked anxiously.

"Crutches ? Why would he need crutches ?" responded the surprised doctor.

"Well," said the wife stonefaced, "you'll be lengthening his legs, won't you ?"
- #diymetoo
- Apparently some moderators take themselves very, very seriously, and cannot abide posts such as:
"If however you offer to moderate you may be a sanctimonious, unfunny pissflap to your heart's content."
- Some comments are allegedly "very very nasty and uncalled for."[/U]
- FISHMO

Jack decided to go fishing with his buddy, Bob. They loaded up Jack's station-wagon and headed north.

After driving for a few hours, they got caught in a terrible blizzard. They pulled into a nearby farmhouse and asked the attractive lady of the house if they could spend the night.

"I'm recently widowed," she explained, "and I'm afraid the neighbors will talk if I let you stay in my house."

"Not to worry," Jack said, "we'll be happy to sleep in the barn. We’ll be gone at first light."
The lady agreed and they settled into the barn for the night.
Come morning, the weather had cleared, and they went on their way.
Nine months later, Jack got a letter from an attorney. After reading it, he thought for a few minutes and realized he must be the widow's attorney.
He called up his friend Bob and said, "Bob, do you remember that good-looking widow at the farm we stayed at?"
"Yes, I do."
"Did you happen to get up in the middle of the night, go up to the house and pay her a visit?" Jack asked.
"Yes, I have to admit that I did."
"Did you happen to use my name instead of telling her your name?" Jack asked.
Bobs face turns red and he said, "Yeah, I'm afraid I did."
"Well, thanks!" Jack replied, "she just died and left me everything!
I want to live forever. So far, so good.

A guy walked into a bar with a monkey. The monkey grabbed some olives off the bar and ate them.

Then he grabbed some sliced limes and ate them. He then jumped onto the pool table and grabbed one of the balls.

To everyone's amazement, he stuck it in his mouth and somehow swallowed it whole.

The bartender looked at the guy and said, "Did you see what your monkey just did?" "No, what?" "He just ate the cue ball off my pool table - whole!"
"Yeah, that doesn't surprise me," replied the guy, "he eats everything in sight, don't worry, I'll pay for the cue ball."
The guy finished his drink, paid his bill, paid for the stuff the monkey ate and left. Two weeks later the guy came back and had his monkey with him.
He ordered a drink and the monkey started running around the bar. The monkey found a maraschino cherry on the bar. He grabbed it, stuck it up his butt, pulled it out and then ate it.
Then the monkey found a peanut and again stuck it up his butt, pulled it out and ate it. The bartender asked, "Did you see what that filthy ape just did?" "No, what?" asked the man.
"Well, he stuck both a maraschino cherry and a peanut up his arse, then he pulled them out and ate them." "Yeah, that doesn't surprise me," replied the guy. "He'll eat anything, but ever since he had to shit out that cue ball, he measures everything first."
I want to live forever. So far, so good.

Why should you finger a gypsy when she's on her rags?

because you get your palm read* for free.

JUST DIP ME IN CHOCOLATE AND THROW ME TO THE LESBIANS.
You must log in or register to reply here.