STOLEN FROM ARRSE - NOW THE TRUTH CAN BE TOLD!

From the wiki link (my bold) I find breathtaking.
Click to expand...

In fairness it wasn't that unusual back then.
NULL

Swannee Kazoo said:
Congratulations, did you need a lie down afterwards?
Click to expand...

I wondered if anyone would comment..
CENT 05ZR70.Last seen at Marchwood, (by Nobby) Heading for Israel.
You may, if you wish, call me Jerry. Archduke Charles said it is my name. I dunno, I think he's a twat.

Helm said:
In fairness it wasn't that unusual back then.
Click to expand...

Thinking about it. Mallinson set his Matthew Hervey tales in this era. I seem to recall Hervey himself was depicted as an absentee Lieutenant Colonel (before the appointment became styled Commanding Officer).
​
Emsdorf and victory!

I can confirm that if you change the Gurkha Major's picture on the Regimental personalities board for the one below, it gets changed back quite quickly. 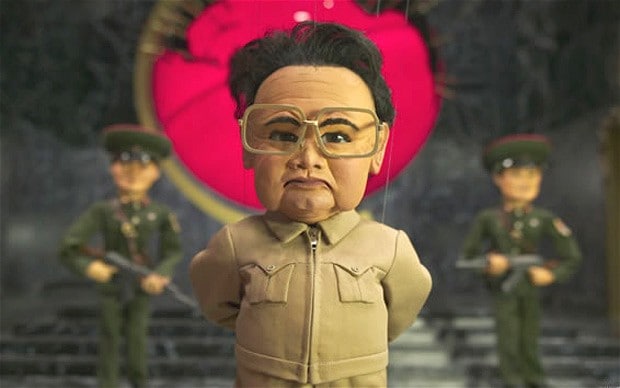 spaz said:
I can confirm that if you change the Gurkha Major's picture on the Regimental personalities board for the one below, it gets changed back quite quickly.

You should have photoshopped a beret onto it.
Always treat your kite like you treat your woman.
I say sir, do you mean take her home at the weekend to meet your mother?
No, I mean get inside her five times a day and take her to heaven and back. Woof! 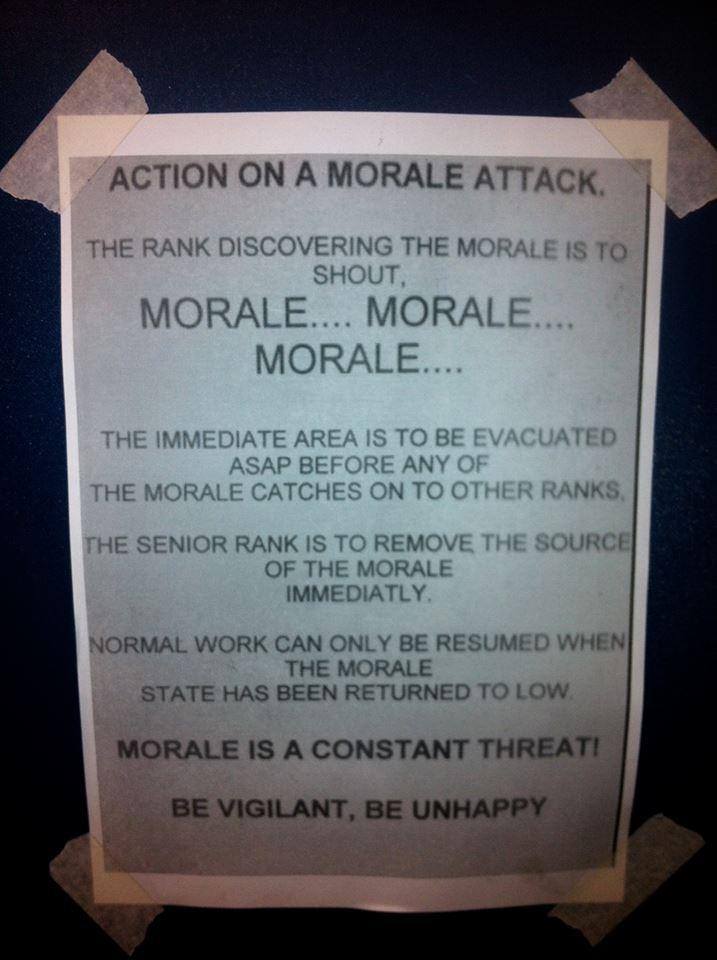 Saw that in a fair few offices and workshops in KAF whilst I was working there as the office manager of the CONDO Cell. We also had our own copy in KBR (UK)'s main office until ordered to take it down by some HR harridan who also objected to the "IRAQ - it's Sunni and Sh'ite" poster we had.....Happy days
Six months ago I couldn't spell Ptarmigan Technician, now I are one.

When I was at uni scrabbling around trying to fathom how to prepare a doctoral thesis I received some sound advice and a tale from a mate. The tale went: A doctoral candidate walks into his viva (verbal challenege to the thesis by a board of uber academics), he is clutching his thesis in one hand and hefting a crate of beer in the other. He sit's, the viva commence's and in due course it is over with the panel thanking him for his thesis and congratulating him.

One of the gathered mega-brains then says, "may I just ask another question"?

"The beer, is it to celebrate afterwards"?

"No sir. If you had actually bothered to read the thesis you would note that in chapter four the final paragraph states that I will be bringing a crate of beer with me and if you want one to sup during the proceedings you need only ask".
Last edited: 20 Oct 2017
Isaiah 6:8

Effendi said:
When I was at uni scrabbling around trying to fathom how to prepare a doctoral thesis
Click to expand...

Wasn't on "the decline of English Grammer with particular reference to Grocers' sign's" was it? Think I've seen that.

Whiskybreath said:
Wasn't on "the decline of English Grammer with particular reference to Grocers' sign's" was it? Think I've seen that.
Click to expand...

My grammar is krap and I sort of muddle through - I was a tad lucky when I did my degree, one of my lecturers who also became my dissertation supervisor managed to beat some junior school level rules of grammar into me. Fortunately my studenting was around and about the subject of information systems, finishing with a tome on the application of AI to GIS to predict the most profitable positioning of automotive vehicle trading main dealerships for, and sponsored by, one particular marque.
Isaiah 6:8

It has been done before. Some RAF Staff officer smuggled some useful phrases into the US War Department publication "British Military Terminology"

Section IV. ROYAL AIR FORCE TERMS
Expression Meaning
Ack-Ack Anti-aircraft
Airframe Fuselage
Airscrew Propeller
Balbo Large formation of aircraft
Bale out, to To take to one's parachute Blitz, a solid lump of Large formation of enemy aircraft
Bomphleteers Airmen engaged on the early pamphlet raids
Boost Manifold pressure
Brolly Parachute
Bumps and circuits Circuits and landings
Bus driver Bomber pilot.
Cheeseye kite Worn-out plane
Crabbing along Flying near the ground or water
Deck, to crack down on To "pancake" an aircraft
Dispersal pens Protected field parking
Dog fight Aerial scrap
Drink, in the To come down into the sea
Drogue Sea anchor
Dud Applied to weather when unfit to fly
Duff gen Inaccurate information
Dust bin Rear gunner's lower position in the aircraft
Fan Propeller
Flak Anti-aircraft
Flat out Maximum speed
Flip Flight
Gardening Mine laying
Gedawng Explosion
Gen Information, low-down
George Automatic pilot
Get cracking, to To get going
Gong, to collect a To get a medal
Greenhouse Cockpit cover
Hedge-hopping Flying so low that the aircraft appears to hop over the hedges
Hurryback or Hurrybox Hurricane fighter
Jinking Sharp maneuver; sudden evasive action of aircraft
Kipper kite Coastal Command aircraft which convoy fishing fleets in the North and Irish Seas
Kite Airplane
Main plane Wings
Mickey Mouse Bomb-dropping mechanism
Office Cockpit of aircraft
Organize, to To "win" a wanted article
Pack up, to To cease to function
Peel off, to To break formation
Perimeter track Taxiway around field
Play pussy, to To hide in the clouds
Pleep A squeak, rather like a high-note klaxon
Plug away, to To continue to fire; to keep after the target
Prang, to To crash
Pukka gen Accurate information
Pulpit Cockpit of aircraft
Put up a black, to To make a mistake
Queen Bee WAAF Commander or a radio-directed airplane
Quick squirt or quickie Short, sharp burst of machine-gun fire
Rang the bell Got good results
Rhubarb Strafing operation
Rigger Member of crew who tends fuselage and wings, etc.
Rings Rank designation on officer's cuffs
Ropey Uncomplimentary adjective (ropey landing, ropey type, ropey evening, etc.)
Screamed downhill Executed a power dive
Shagbat Homely
Shooting a line Exaggerated talk, generally about one's own prowess
Shot down in flames Crossed in love; severely reprimanded
Slipway Ramp
Snake about Operational aerobatics
Sortie Performance of one task by one aircraft
Sprog New pilot officer
Spun in A bad mistake (analogy from an aircraft spinning out of control into the ground)
Stationmaster Commanding officer of station
Stick (of bombs) One series. (U. S. air pilots use "stick" to refer to the wooden handle by which the airplane is controlled.)
Stooge Deputy, that is, second pilot or any assistant
Stooging about Delayed landing; flying slowly over an area; patrolling Strike, a Channel patrol
Swinging Ground looping
Synthetic Not the real thing; also applied to ground training
Tear off a strip, to To reprimand; to take down a peg Tee up, to
To prepare a job; to get ready
Touch bottom, to To crash
Toys A great deal of training equipment
Tail End Charlie Rear gunner in large bombing aircraft or rear aircraft of a formation
Train, driving the Leading more than one squadron into battle
Undercart or carriage Landing gear
U/S Unserviceable; under maintenance or overhaul
View RAF personnel always take a "view" of things (good view, poor view, dim view, long-distance view, lean view, outside view, "ropey" view, etc.) Wavy Navy Naval reserve officers (because of the wavy stripes)
Wofficer WAAF officer
Write off, to To wash out
Click to expand...

AlienFTM said:
Whatever happened to him?
Click to expand...

He became CO of 22 sigs, and was booted out, then we got Lt Col J*** A****** SAS, in command. Best thing that ever happened to the regiment.
You must log in or register to reply here.