Statement to Parliament: Gifting of equipment to the 3rd Land Border Regiment of the Lebanese...

The Parliamentary Under Secretary of State for the Foreign and Commonwealth Office (Mr Tobias Ellwood): Contagion from the worsening crisis in Syria is having a direct effect on its neighbours, particularly in areas adjacent to Lebanon’s eastern border. The UK remains firmly committed to Lebanon’s stability, and in supporting the Lebanese Armed Forces (LAF) to minimise contagion from the Syrian conflict, and to combat the spread of ISIL. As part of this commitment, since 2012, the UK has been assisting the LAF to establish and mentor the LAF Land Border Regiments (LBRs). The mission of the LBRs is to observe, identify, deter and interdict activities by illegal armed actors in the near border areas, in line with agreed international human rights standards. Between 2012 and 2014 around £14m of Conflict Pool funds was allocated to enhance the capabilities of 1 and 2 LBRs. These efforts have resulted in the construction of 12 Protected Border Observation Posts along 140km of the border, and the deployment of the two LBRs.

Recent ISIL actions in the Arsal area, and the threat that ISIL poses to UK interests, now make it imperative that the LAF expands the presence of the LBRs southwards, as part of an overall strategy to bring the entire eastern border with Syria back under the authority of the State. The Commander of the Lebanese Armed Forces has recently authorised the establishment of 3LBR to cover a further 70km of the border south from Arsal to Tfail. He has requested UK assistance consistent with that already provided to 1 and 2 LBRs.

The Departmental Minute laid today therefore sets out our intention to gift a package of £3,596,844 of equipment to support the establishment of the 3rd Land Border Regiment of the Lebanese Armed Forces. The proposed gift will be funded by the Government’s Conflict Pool Programme and will consist of the following UK sourced equipment:


Alongside the gift, the UK is expanding its existing package of training and mentoring with additional operational and engineering expertise worth £1,402,197.

The proposed gift has been assessed against the consolidated EU and National Arms Export Licensing Criteria. The proposed gift has been scrutinised and approved by a senior, cross-Whitehall Conflict Pool Approval Board, which has confirmed that it fits with the Government’s strategic and delivery objectives. Foreign and Commonwealth Office officials also assessed the project for human rights risks, using the Overseas Security and Justice Assistance guidelines established by the Foreign Secretary in 2011. They concluded that the risk of human rights violations arising from the project’s delivery could be successfully mitigated.

The Treasury has approved the proposal in principle. If, during the period of fourteen parliamentary sitting days beginning on the date on which the minute was laid before the House of Commons, a Member signifies an objection by giving notice of a Parliamentary Question or a Motion relating to the minute, or by otherwise raising the matter in the House, final approval of the gift will be withheld pending an examination of the objection.

Why not cut out the middleman,and just give it to Hezbollah directly.

AULD_SWEAT said:
Why not cut out the middleman,and just give it to Hezbollah directly.

Because by and large, Hizbullah are better equipped than the regular Lebanese army and are now the 'good guys' fighting actively against IS?

Part of UNIFIL's job is to support and train the LAF!

S0I said:
Because by and large, Hizbullah are better equipped than the regular Lebanese army and are now the 'good guys' fighting actively against IS?
Click to expand...

Confused, who are the good guys?

I'm curious as to what radio kit that would be.

bokkatankie said:
Confused, who are the good guys?
Click to expand...

So Hizbollah are the good guys?

Book Reviewer
Not too bad for a country that has shredded it's forces!!
"It's not the bullet that's got my name on it that concerns me; it's all them other ones flyin' around marked 'To Whom It May Concern.'" -Unknown
People sleep peaceably in their beds at night only because rough men stand ready to do violence on their behalf - George Orwell
Si vis pacem, para bellum

bokkatankie said:
So Hizbollah are the good guys?
Click to expand...

Well, they are fighting IS in Western Syria and Iraq.
Of course, they are siding with Assaad who is still baad, but the good guys who became IS who we backed to oust Assaad are even baader.
Middle East politics is fun.
B

S0I said:
Well, they are fighting IS in Western Syria and Iraq.
Of course, they are siding with Assaad who is still baad, but the good guys who became IS who we backed to oust Assaad are even baader.
Middle East politics is fun.
Click to expand...

I thought Andreas Baader had gone the way of the dodo many years ago... 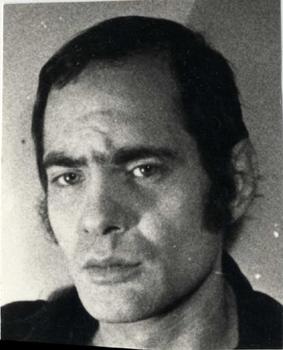 There ya go!
B

Get into the hands of last weeks good guys, (fighting Assaad and Hizbullah remember), and it will stop hurting after a bit.
B

bokkatankie said:
Confused, who are the good guys?
Click to expand...

The ones that were "bad" last week.
If at first you don't succeed, hide all evidence you tried.

NI style sangers?
I wants to finish my little bit and I wants to get home for my tea.

ISIS were good guys because are fighting Asaad (now bad)

LAF were always good guys but it generally wasn't safe for them to operate south of the Litani River in Lebanon as they could be targeted by both the Israelis and Armed Elements (including Hizbullah). They were also poorly equipped and trained.