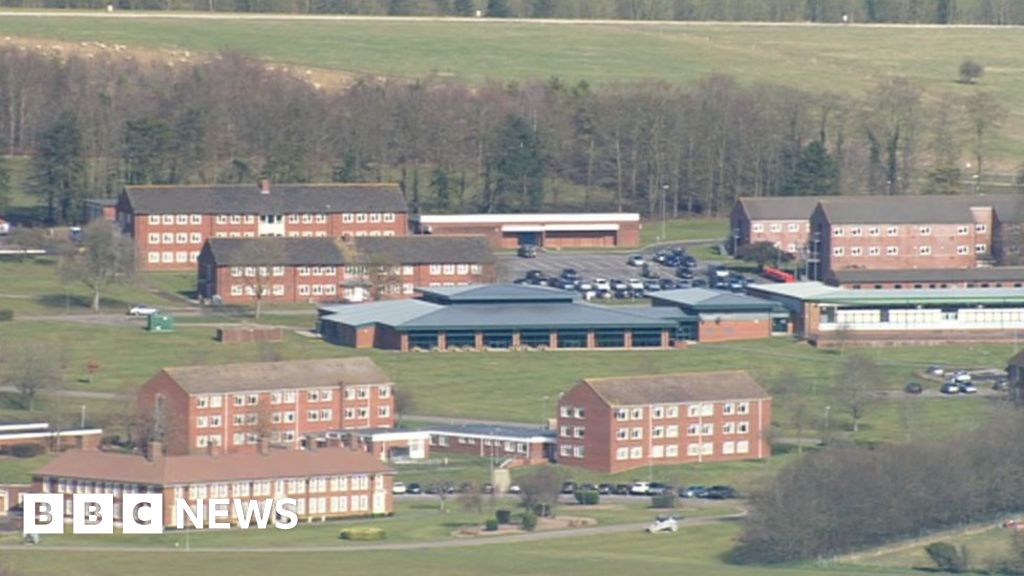 The Ministry of Defence says it is investigating the circumstances surrounding her death.
www.bbc.co.uk


The Ministry of Defence is investigating the death of a soldier at an Army barracks.
Emergency services were called to Larkhill garrison in Salisbury at 12:20 BST on Thursday following the death of a woman in her 30s, police said.
Wiltshire Police said it was not treating the death as suspicious and its thoughts were with her family.
In a statement the Ministry of Defence said: "We can confirm the death of a soldier on July 22.
"The circumstances surrounding this death are being investigated and it would be inappropriate to comment any further at this time.
"Our thoughts are with the soldier's family and friends at this difficult time."
also available in sarcastic

Book Reviewer
Been a 'significant' number of suicides in the SPTA area in the last couple of years.

Might not be a suicide of course and a tragedy regardless.
The stopped clock of The Belfast Telegraph seems to indicate the
time
Of the explosion - or was that last week's? Difficult to keep
track:
Everything's a bit askew, like the twisted pickets of the
security gate, the wreaths,
That approximate the spot where I'm told the night patrol
went through.

Bubbles_Barker said:
Been a 'significant' number of suicides in the SPTA area in the last couple of years.

Police said that the death was not considered to be suspicious.

"A death is suspicious if it is unexpected and its circumstances or cause are medically or legally unexplained. Normally, this occurs in the context of medical care, suicide or suspected criminal activity".
“The best portion of a good man's life: his little, nameless unremembered acts of kindness and love.” Wm. Wordsworth. Lines Written a Few Miles Above Tintern Abbey. 1798

"The bullshit piled up so fast in Vietnam, you needed wings to stay above it". Capt. Willard, Apocalypse Now.

Bubbles_Barker said:
Been a 'significant' number of suicides in the SPTA area in the last couple of years.

I've not heard about that, has there really been an uptick in soldiers taking their own lives?
Having spent 5 years in Bulford (the three Balkan tours came as a sweet relief!) in an under resourced camp in the middle of nowhere I can sort of see why this may cause such things to happen.
I'm still baffled as to why the army thinks that putting large amounts of troops in remote airbases largely stripped or not funded for the kind of welfare things the RAF took for granted would be a good move, unless the MoD has started to provide such things, but from the inital options for change move into former RAF stations which I had experience of, things were grim.
When the nearest 'town' is Amesbury it's bound to make people depressed.
The universe doesn’t care what you believe.

Forces News spotlight on MDP at HM Naval Base Devonport

Parachute Reg veterans at anti-vax Protest / Vet whom was apparently discharged for refusing to deploy...
22 23 24