Screaming Eagles Chinook to the rescue

Atlantic Resolve deployed Screaming Eagles Hooker crew and medic came to the scene of vehicle accident in Germany. The 1—101st Avn is on rotational deployment to Germany from Fort Campbell for under a year.

Four U.S. Soldiers and one flight surgeon aboard a CH-47F Chinook helicopter provided aid to a local German citizen in a car accident, Dec. 15. 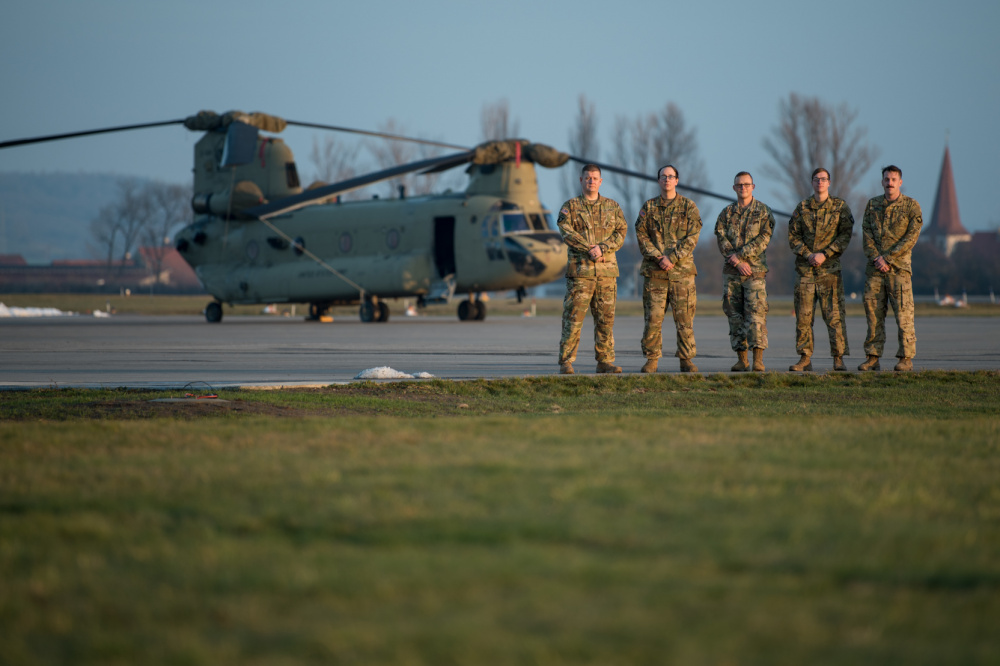 Anyhow reminds me of the time 2 decades ago when the German Army Aviation - Heerseliger operated the CH-53G/GS/GA, they had one or two in white colors and red Cross assisting the civilian authorities mainly with large piles up on the Autobahn etc so they could medevac in large numbers to the nearest Krankenhaus.

In the states the Dustoff Medevac units both active, reserve or Guard, participate in MAST (Military Assistance to Safety & Traffic).