Bubbles_Barker said:
This is an interesting conundrum. People need to realise that every tank has 3 soldiers in it, an IFV or APC may be more etc etc.

Focussing on the equipment you are destroying rather than the individuals that are being killed is a common defence mechanism that’s been around for years for fighter/bomber pilots and those who kill at distance. The land domain demands a large degree of close quarter fighting and dying in filth and dirt and personally I’m surprised there is a mod view that it shouldn’t be shown. It’s not for titillation, it should be a warning - I don’t like it but I can choose to watch or not, and personally I don’t need to be told what I can look at.

Just my opinion clearly, but sanitisation is a way of making the filth of war acceptable.
Click to expand...

I think the problem is something you added in your post, but that doesn’t apply to you or most posters here imho.

But the odd poster, and perhaps the type of poster who might often change their avatar name DOES view the vids for titillation.

Edited to add.
I‘ve only just scrolled forwards and seen the posts about dropping things, after I had posted.
184461 said:
'It's called need to know/circle of knowledge for a reason BTW'
He isn't in the circle, he should NOT be told anything!
When trolls tell us Novichock kills in seconds they don’t mention Andrei Zheleznyakov. He was exposed, lived for ages and the soviets documented the whole thing,

stresser said:
When an RPG7 isn't enough....add VOG25 and VOG17 rounds to taste.

This is not the work of Gerald Bull...

This isn't a snuff site. I might be a never-served civvy - and I've made no secret of it from Day One - but my career has taken me on a bimble through the Third World where I've had occasion to see a few things I'd rather I hadn't and which I have no wish to see again. With the reports of the rapes (including child rape), torture, murder, looting and the rest of it I do not have a problem with hearing about the latest batch of thuggish Soviet squadskis getting cooked in their BMPs or roasted in their crap tanks or even mown down en masse by a skillfully sited Ukrainian MG. Outwith zapped vehicles, where one can detach ones mind from the effects on the contents, I don't need to see it. I can imagine that those on here who have seen the effects in real time through weapon sights would desire it even less so. Have some sensitivity, eh...?

Edited to add: subsequent Mod posts now seen.
Never in the field of human conflict was so much towed away from so many by so few.

89% of Ukrainians reject ceding land to reach peace with Russia

Fedaykin said:
This is not the work of Gerald Bull...
Click to expand...

No more like MacGyver,
Be interesting to see the damage from a lash up like that though

Merde in your eye, Macron!
Never in the field of human conflict was so much towed away from so many by so few.

1. I used steel falling targets 30 years ago that were designed to simulate engaging a baddy wearing armour. The baddy target would not fall when hit in the chest area, the shooter would have to drop a second shot onto the baddy's head to drop the target. The targets are a very simple design (fig. 11 based), we banged them up out of some surplus Chobham. Just have a large hole cut in the steel in the position the body armour would be so that when a round hits that area it just passes through without dropping the target.

2. The teaching given to elements of the US military concerns itself with shots to a head sized target located in a head like position. This is because they expect all baddy's to be wearing body armour.

Unless there is a clear head shot then (for want of a better description) the Mogadishu drill should be the standard engagement when dealing with potential body armour wearing opposing troops, para-militaries, or police in a fast moving environment. Shots 1 & 2 will either kill them or knock them over, shot 3 will definitely kill them, or act as a dead-check shot.
Click to expand...

Dads203 said:
Cuba is nice this time of the year so they say.
Click to expand...

"Where the sun is warm and so is the......comradeship" 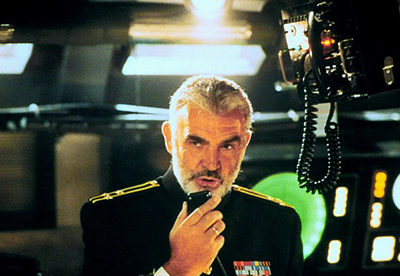 sukeyasa said:
Is that the same as the Mozambique drill, but you shout "oo rah" as you do it?
Click to expand...

My bad, getting my "Mo's" mixed up. Its been a long day that started at 5am with a self-beasting session on my bicycle.

In meagre support for Ukraine, the accepted battle greeting: Glory to Ukraine! Glory to the heroes!
M

Ref the new CGS speech at RUSI - he said something about WFM no longer being the correct model, or somesuch.
Could anyone expand on that a bit ?
@Bubbles_Barker ? @Truxx ?

I’d have loved to be watching Sholtzes face when he read that.!

Uk pledging another 1Bn in aid, Inc 95milion from Welsh/Scottish budgets that have been underspend,

Waiting to see how the SNP try and spin this Ukraine War: UK pledges an extra £1bn in military support

Brooker said:
We shouldn't forget that the Russians have murdered raped and have committed genocide on a scale last seen in Europe 80 years ago
Click to expand...

Garhwal said:
I expect a severely injured Russian soldier's future is not going to be much better than those still at the sharp end.
Click to expand...

A bit of bodge tape or elastoplast and back to the front?

Looks like the DNR troops aren't happy possibly going to see units break down and head home? There's also some stuff posted showing Ru T72s around Kherson so something going on there

Ukraine is an order of magnitude bigger than Bosnia and that was bad enough.
It was like that when I got here.

medwaymud said:
Ref the new CGS speech at RUSI - he said something about WFM no longer being the correct model, or somesuch.
Could anyone expand on that a bit ?
@Bubbles_Barker ? @Truxx ?
Click to expand...

Not delivering the right levels of availability and engendering the wrong equipment support ethos in units and formations.

Something we’ve known for a long time.
The stopped clock of The Belfast Telegraph seems to indicate the
time
Of the explosion - or was that last week's? Difficult to keep
track:
Everything's a bit askew, like the twisted pickets of the
security gate, the wreaths,
That approximate the spot where I'm told the night patrol
went through.

medwaymud said:
Ref the new CGS speech at RUSI - he said something about WFM no longer being the correct model, or somesuch.
Could anyone expand on that a bit ?
@Bubbles_Barker ? @Truxx ?
Click to expand...

goodoldboy said:
I wonder if those polled included the dispersed refugees from this war? In any event holding an opinion searching exercise in a nation that has been invaded, still occupied with vicious fighting going on seems a bit odd ...
Click to expand...

Why so? Given the amount of dis & misinformation being pushed out by Russia!

I have no idea what your 1st point is intending to say? Some sort of belief 1 million or so the people that have been forcibly renditioned to parts of Russia would have voted differently? Or that the refugees that left because the family, friends, houses and town they lived in have been blown up and they had to shelter in other countries would say differently as well?

I'm still confused by what you're trying to say!