Russell Brand - Can we fire him from a cannon

We all know that there are important things that need to be said, and we need visionaries to enlighten us and pave the way to a brave new future which is outside our feeble imaginings, but please tell me that it isn't this self absorbed, egotistical, ex druggie from Grays in Essex, I resent sharing the planet with him an would gladly give to a fund to have him sent to Mars as a colonist, the dull, unintelligent muppet.

Last Updated 21:41 21/06/2014
Russell Brand has called on protesters to be part of a "peaceful, effortless, joyful revolution" to seize back power from the political establishment.

The comedian - who was criticised last year for imploring people not to vote - told crowds in Parliament Square that MPs no longer represented the people.

Brand - currently dating heiress Jemima Khan - stripped off his T-shirt and replaced it with one carrying the slogan "Firefighters rescue people not bankers".

Speaking in the shadow of the Houses of Parliament at the end of a march marking the one-year anniversary of the People's Assembly being formed, he said: "The people of this building (the House of Commons) generally speaking do not represent us, they represent their friends in big business.

"It's time for us to take back our power.

"This will be a peaceful, effortless, joyful revolution and I'm very grateful to be involved in the People's Assembly."

Around 50,000 people took part in the march and Brand was joined by speakers who also included comedian and commentator Mark Steel, MP Caroline Lucas and journalist Owen Jones.

The Forgetting Sarah Marshall star said: "I obviously face accusations of being part of the 1% (of the country's wealthy elite) myself but I wasn't designed in a laboratory with Jimmy Carr and Adele, I'm from Grays in Essex."

Referencing his previous drug addiction, of which he has spoken frequently, Brand joked: "I signed on for eight years, I lived on benefits. If it wasn't for that, I wouldn't have been able to work on my quite severe crack and heroin addiction.

"Where I grew up I felt there were low expectations."

Brand, 39, called for a "total revolution" and urged young people not to vote in a New Statesman article in October last year.

He came in for criticism from former Home Secretary David Blunkett and celebrities including Peep Show star Robert Webb and X Factor mogul Simon Cowell - who said he should give away his fortune as part of his revolutionary plans.


Seeking Enlightenment by looking up my ARRSE
NULL

Kit Reviewer
Book Reviewer
You can only fire him from a cannon as long as there is a 3ft thick concrete wall positioned 10 yards from and directly in front of the barrel.
Arrse's very own bartender imparting wisdom, wit and all things boozey.

Strangely Gray said:
We all know that there are important things that need to be said, and we need visionaries to enlighten us and pave the way to a brave new future which is outside our feeble imaginings, but please tell me that it isn't this self absorbed, egotistical, ex druggie from Grays in Essex, I resent sharing the planet with him an would gladly give to a fund to have him sent to Mars as a colonist, the dull, unintelligent muppet.

Around 50,000 people took part in the march and Brand was joined by speakers who also included comedian and commentator Mark Steel, MP Caroline Lucas and journalist Owen Jones.

Seeking Enlightenment by looking up my ARRSE
Click to expand...

Strangely, I got as far as the line highlighted, forget a cannon, we need the battery, 7 RHA have one available I'm told.
May the sky pixie preserve us from zealots.

Personally, I find it very entertaining when minor celebrities get so far up their own arrse that they start to view themselves as some sort of global statesmen with the answers to the worlds' problems.

Gents, if you're reading this -

Russell: You're a junkie with mental BO. Nobody cares what you think.
Bob: Is your family cursed or something? Suggest you get Tiger Lily's arms amputated to stop her shooting up.
Elton: AIDS will be eradicated when people stop having unprotected bottom sex with each other. Not because of your benefit gigs.
Bono: Those glasses make you look like a twat.
ArRSe is the Hotel California - You can log-out any time you like, but you can never leave!

Gallery Guru
I assume you mean this - 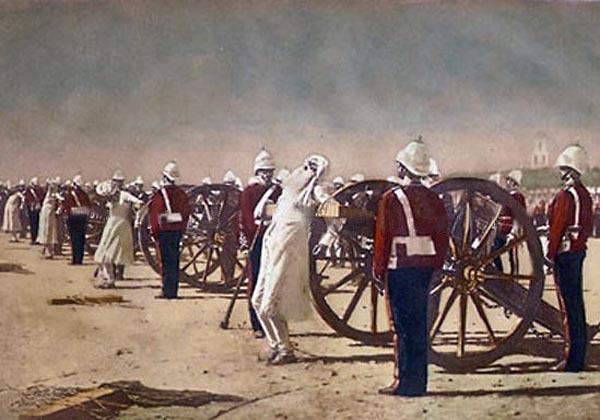 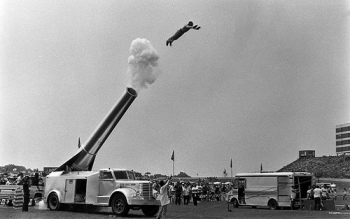 _Chimurenga_ said:
I assume you mean this -

Top 8/10
Bottom 10/10 (into Steve Irwins speshul snake tank)
May the sky pixie preserve us from zealots.

Strangely Gray said:
He came in for criticism from ......... X Factor mogul Simon Cowell - who said he should give away his fortune as part of his revolutionary plans.
Click to expand...

I feel soiled that I actually agree with Simon Cowell. I have to go lie down.
Class A, Category 1, ARRSE Vermin, and proud of it.

The trouble is, we live in a society where the height of "newsworthy" interest is that Shrek's wife walks through an airport barefoot and some recovering junkie fuckwit is de riguer. Sitting here in my vodka and coke (albeit purchased by my own, non benefit, funds) befuddled state, I despair.
NULL
G

Fire Brand from a cannon... Perfect solution. Carry on.
Click to expand...

Could we convince a cannon to take the cúnt and if we can, could we include Ricky Gervais in the second volley
I knew it. I’m going home in a bag. It’s always the Corporal that gets blown up first.
Cpl Pez

A revolution to run the country by leftie students, and Heroin befuddled celebrities ? That's going to work !
NULL

Gervais should just be tied to a cruise missile and targeted at a rocky outcrop somewhere in the Gobi desert. Coat the **** with golden syrup and dog meat and any scraps of Gervais remaining after the missile strike will be eaten by the desert wild life.

Many thanks Chaps,
See this is why the site amuses me, from an originally silly premise of firing a dullard from a cannon, it's developed into a question of ballistics and complex trigonometry, I reckon there's a PhD thesis in this for one of our Bombadier brethren.
The malnourished pencil neck Brand would be more aerodynamic especially if his matted mane was shaved from his pointy bonce, it might be possible to fire him from Tower Hill to somewhere he could do less harm, say Kamchatka peninsular, whereas Gervais would be more suited to a 19th century seige mortar, it is more likely he could be punted from the Tower to Clapham perhaps.


Seeking Enlightenment by looking up my ARRSE
NULL

2. The Met has invested in water cannon to give the dirty, scruffy, drug loving, hypocritical, talentless Mr Brand a good wash.
And Ye Shall Know the Truth and the Truth Shall Make You Free - John 8:32.

If Andrew Sachs would like to stab Russell Brand, I'll be happy to swear that he was at my place all night, drinking beer and watching reruns of Fawlty Towers.
"BOUNCY, BOUNCY, BOUNCY!!!!"

Wait you missed Chris Martin from self absorbed celebrity who thinks he can fix the world.

Book Reviewer
it could be worse. a. I could give a shit about this nauseating cockweasle
b. I may have to see/hear this cockweasle
c. he could be supporting Britain First - who are also cockweasles
d, he could have had Bono with him too - who is, in my opinion, another cockweasle
also available in sarcastic

Nigel Farage told Brand on Question Time last night to put his money where his mouth is and stand for election.

Brands excuse not to...."I don't want to become one of them".

To which an audience member said "Poor excuse, you have beaten addiction, but you can't remain true to your values, I call bull!".

It's nice to know that someone who calls for the redistribution of wealth has enough money to roll around in, and is dating someone who will be able to supply his drugs well into his later years, if he makes it that far. Two faced c~nt!