I have started my application for officer with the intention of applying to the infantry. Being from Scotland, the Royal Regiment of Scotland is my goal. Could any persons in the know please advise on my below queries?

- I will be 27 on potential entry to RMAS, is age considered at regiment interviews? I am conscious of being closer to the upper age limit.
- I have no prior military experience or family connection to the RRS, is this a disadvantage?
- At RMAS, what are the infantry regiments looking for in the officer's?
- Does RRS take on officer's at most RMAS pass-outs?
- I have read these forum threads and it seems many regiments are over applied for (Para's for example). Is RRS the same as its infantry?
- It seems to be a recurring theme of top 30% get infantry choices, is this true?

Any help is greatly appreciated.

Probably not as helpful as you'd like, though in the duration I was in the RRS every young subbie bar none who rocked up to battalion had been a physically fit and robust cross country/ skiing/ rugby playing type in their early twenties that, while inexperienced had made up for their naivety through being mega keen field types.

I knew numerous RRS C/Sgts, WOs and LE officers who did stints at RMAS as instructors, men who I looked up to at the top of their game as infantry SNCOs then, and I couldn't imagine any of them allowing dross to pursue a career in the RRS as potential platoon commanders

Thanks for the response, appreciate it. That's good to know - you say they were early twenties, did you ever see any around 27? That's probably my main concern. Obviously 3 years or so isn't a big deal in the grand scheme of things.

Did you enjoy your time in the RRS?

Boseceng said:
Did you enjoy your time in the RRS?
Click to expand... 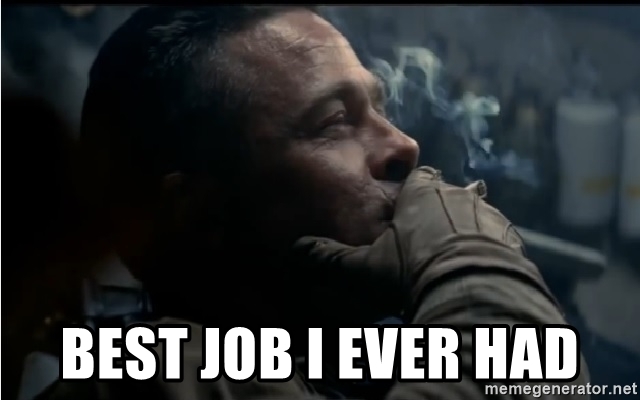 I enlisted during enduring ops, a great time to be in a line regiment with Afghanistan on the go.

Kit Reviewer
Book Reviewer
I would be surprised to be Scottish and not have had a relative in a Scottish regiment at some point in the family history.
It is in truth not for glory, nor riches, nor honours that we are fighting, but for freedom -- for that alone, which no honest man gives up,
As true today as in 1320.

The measure of whether you'll do well isn't whether you're a fifth generation son* of the Regiment, or spent your formative years as a pad brat / Cadet / hiking across the Andes while single-handedly building an orphanage... (there's always some effortlessly awesome sod built like a Greek God who's Brad Pitt's double, looks like he can walk on water, called Farquhar or Torquil, plays the bagpipes and speaks Gaelic)... don't worry about it, it doesn't matter. Tell yourself he'll be bald by thirty and sh!t in bed (no matter what lies he tells), and carry on tabbing**.

...what matters is whether you'll dig out blind and try to do right by the Jocks. If you're a backstabbing c*nt, or a jack b*tard, you'll be found out. If you're desperate to be liked rather than be competent, same. If you're willing to learn, there will be plenty of people willing to teach. You will at some point need to do "the right thing that isn't easy, not the easy thing that isn't right"; that's why you earn the bucks.

All those Jock DS at RMAS? They watch, they talk to each other. Do well, you're in with a shout. Don't worry which others are applying, or how well they're "connected", just focus on doing your best - if it's good enough, you'll get in. If not, you can still be proud. And remember - RMAS is just a course. Twenty seconds later, no-one cares how awesome you were among the other OCdts; what really matters is how well you do your job at the battalion.

Oh, and read "The Complete McAuslan"... it's a start


* Or daughter. For a while my 2ic was a TA Argylls officer who'd gone SSVC, she had a higher profile in the Regiment than her eventual husband.
** I'm still surprised they let in a scrawny geek like me, must have been because I was only a STAB. Still, First of Foot, Right of the Line, and all that...
Last edited: 23 Jun 2020
B

Thanks for the response, I appreciate it. Its good to hear its not all about who you know. I have read a lot that to be a teeth arms officer you need to be closer to under 25, than over. Have you came across many at the upper age limit who are newly commissioned 2Lt'?

Boseceng said:
Hi Gravelbelly, Thanks for the response, I appreciate it. Its good to hear its not all about who you know.
Click to expand...

I was a pad brat, Dad was a Sergeant-Major in a Corps, I went to a school that was so good it was almost approved (MoD school for the sons of soldiers, sailors, and airmen). Everyone's parent was, or had been, an NCO.

No connections (seriously, none) just a bunch of cynical pad brats who were willing to put the work in. The year above me, of about 35 boys, had a bunch head to Sandhurst; one lad whose Dad was, IIRC, an RAMC SNCO - he's just retired as a Major-General, Colonel of the Royal Regiment of Scotland. Another whose Dad was IIRC an RAF PTI just retired as a REME Brigadier, another whose Dad was RHF, is a Colonel and the Corps Secretary of R SIGNALS, another is an R SIGNALS Lt Col somewhere in Africa.

It's not who you know. It might look that way, it might sound that way, but when push comes to shove it's all about whether you're good at your job.

Console yourself that the poor bastard who actually is connected, might having a really sh!t time of it; Day One on my course at the School of Infantry's Platoon Commanders' Division, and a lad who I knew from the UOTC (whose Dad had been CO of the Black Watch) arrived to book in, to be confronted with an SNCO who had been clipping him around the ear since he was a gobby toddler, and the Division Sergeant-Major had been the Guard Corporal.... he was stressed from the start to the end that he was going to let people down, and he got away with rock-all.


Boseceng said:
I have read a lot that to be a teeth arms officer you need to be closer to under 25, than over. Have you came across many at the upper age limit who are newly commissioned 2Lt'?
Click to expand...

Two problems with any answer I give - I'm fifteen years out of date, and I was always a reservist. So 27-year-old 2Lts were nothing strange to a Cold War STAB like me.

Our platoon on TACC had a 42-year-old; he passed. His daughter was the same age as me (and out of my league). We also had a 37-year-old RA(V) who suffered horribly at the physical side, who failed. Basically, get as fit as you can without breaking yourself doing so (seriously - overtraining can do real damage). Your age is already decided, your performance isn't. Worry about the things you can affect, ignore the things you can't change.

So, you're 27 on entry and 28 on commissioning - fine. You're probably not going to make General. So what? That's not the attitude anyone wants. You'll arrive at your battalion with some life behind you; better that than someone who went from home to Uni, yah, this is my first real job, you know?
B

Thanks for the info. It's always good to hear from those with years of experience, as I may be 26 but still a young whipper snapper...

That's an interesting point regarding six-figure sum training. My main train of thought regarding age range was despite the website age range stating 28 and 11 months, it strikes me as strange that the Army would allow for infantry officers up to that age when the RM Young Officer's course maximum age is 25 years. The role is similar, except for the commando designation to the RM's.

J
A-Level Options For AOSB and applying for a scholarship.