labrat said:
Assuming this means we might sell them some boats, can we make sure the instructions leaflet includes keeping the hatches shut while at sea? #Chicoutimi
Click to expand...

Why? They're not Indian are they?

Not a Boffin said:
Not sure Barrow / Cammell Lairds finest were actually seaworthy during that little episode. They've had some major issues modernising / supporting them.
Click to expand...

Slime said:
It seems he had forgotten who he was speaking with in Australia, so thanked Boris Johnson, but had to just say something like ‘that guy down under’ instead of naming the Australian PM.
Click to expand...

That's old Sleepy Joe for you. The Alzheimer is really kicking his ass today.

Lindermyer said:
Its understandable that France is unamused by events, however certain individuals have blamed America, and rather petulantly suggested this means their can be no alliance or cooperation in the pacific.

If the Decision was to hoof out france and by Upholder Mk 2 or Astute SSK - then I would be in complete agreement that its a stab in the back and would support France suing the arse off someone, but thats not the case Australia has said - the situations changed - we need to go SSN - Theyve at no point cited programme issues or engaged in Frog bashing to justify the decision (others have but thats not Oz gov or Ran.
Click to expand...

The Politico story someone mentioned above states that one of the reasons why the French won the contract originally was the ability to switch the contract to nuclear submarines if that became politically palatable in Australia later. So apparently the option to switch the order to nuclear was part of the deal with France to begin with and so is not really a reason to cancel the contract.

Canberra was reportedly particularly keen on the French bid because of the ability to switch the Barracudas from diesel to nuclear power — technology that was deemed political poison so recently after the Fukushima disaster in Japan, but that the government believed could become more palatable in time.
Click to expand...

Red Hander said:
Good points. The proximity to China of Western-backed states must be a concern to China, just as the presence of Cuba has been a concern to the US. Stating the obvious, when Cuba began to be an active part of the USSR's Cold War military, it nearly caused war; Chinese concern about the US presence in Asia/Far East is natural. And China itself has a (in historical terms) recent history of foreign occupation.
Opportunities for conflict will grow and, just as we're making a point about navigation in international waters close to China, China will respond: 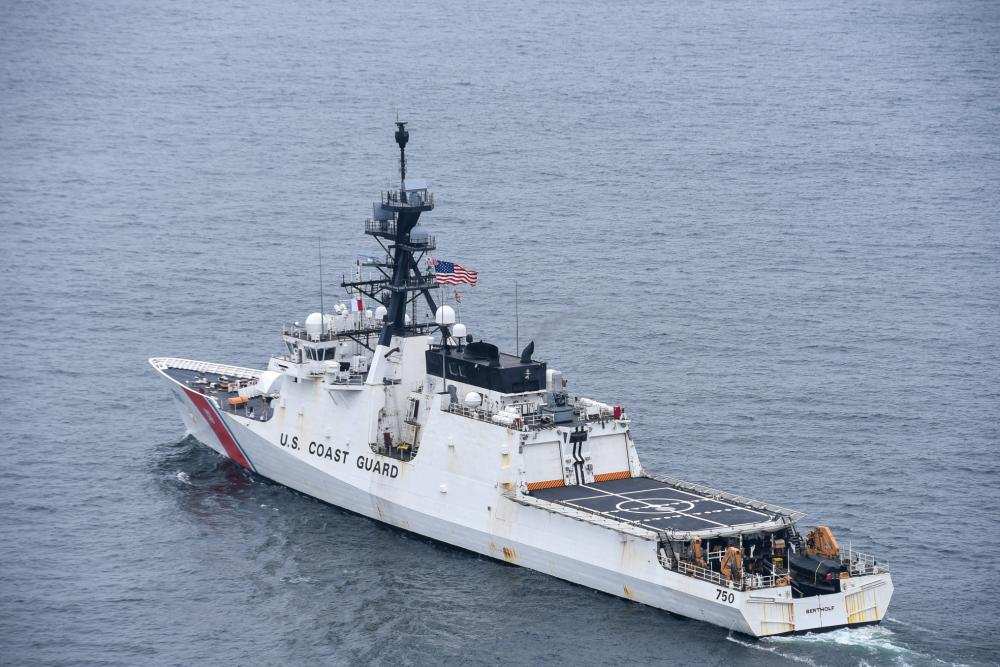 When the UK stopped being a major colonial power, it was after a ruinous war - as well as some other factors - and that helped us to accept that we couldn't retain an Empire. The French tried to hang onto their Empire and it caused two disastrous wars. Is the US pivot towards Asia in any way akin to the French trying to retain influence in Indochina, or Algeria, and not reading the writing on the wall? Put another way, the US and China need to work out how to coexist in Asia/Far East.
Click to expand...

The US aren't just upset about Chinese competition in the Far East, they also don't like them being in Africa and South America as well. The issue is global, not just one of regional spheres of influence.
NULL

Mike Barton said:
Thank you for your comprehensive reply. I was aware that Indonesia played a vital role in establishing the principles of UNCLOS and Jakarta is very sensitive to incursions in its maritime territory, even if it has little capacity to do anything about it, as the Chinese coast guard and Vietnamese fishermen prove time and again in the waters of Natuna.

Sending a nuke boat surreptitiously through the narrow and extremely busy Sunda, Malacca or Lombok straits certainly strikes me as risky behaviour, but otherwise what's the point of having subs if you have to sail them on the surface with the flags flying?
Click to expand...

What we don't know is how Australia intend to actually use the submarines. If they intend to use them for defence rather than offence, then the fact that the Indonesian archipelago restricts the movement of submarines and surface ships works in Australia's favour. Their submarines would know there were only certain straits that an opposing navy could come through if they wanted to avoid a long detour around, which means they would know where to patrol in order to be in a good position to ambush them.

Problems with going through the Indonesian sea lanes are only a problem for Australia if they intend to take the offensive against China, which would strike me as being a bit ambitious considering the disparity in size between the two countries.
NULL
D

bobthebuilder said:
This is only partially about boats. It’s part of a new defence pact, the AUKUS pact. Much wider geo-political implications than pissing off the French.
Click to expand...

But pissing off the French is always a worthwhile sport.
D

Bob65 said:
ISTR the current generation of TLAM is VLS only so if they want that then they can’t have off-the-shelf Astutes.
Click to expand...

TLAM can be tube launched as the RN have no VLS systems.

terminal said:
The US aren't just upset about Chinese competition in the Far East, they also don't like them being in Africa and South America as well. The issue is global, not just one of regional spheres of influence.
Click to expand...

The Chinese seem to be being quite canny and, in Africa, etc saying 'give us trade access, etc - we'll help without imposing our system, beliefs, etc on you'.
That's an attractive proposition. Logically, the answer is for the US/West to offer attractive competition to the Chinese offer. In parts of Africa, governments may associate the West with criticism rather than regarding us as a suitor.
NULL

The French knew what they signed up for when they signed the contract - couldn't deliver so the client cancelled and went elsewhere as the contract allowed. Surely that can't be too much for them to comprehend! C'est la vie.
B

Escape-from-PPRuNe said:
As I understand it, after the remaining two Astutes, Barrow is meant to be cracking on with the SSBNs for quite a few years. the US is still building Virginias and I think their yard is busy for a while to come, so perhaps...do the common design for SSN(OZ) and make (R) and (X) the later batches in the production run?
Click to expand...

They are to be built down under so job 1 is outfitting a shipyard there for it.
B

diverman said:
TLAM can be tube launched as the RN have no VLS systems.
Click to expand...

The TLAMs we have stockpiled yes. The new TLAMs being manufactured AFAIK are VLS only because that’s what the USN want. Obviously this could be fixed if we placed a sufficiently large order…

Bob65 said:
ISTR the current generation of TLAM is VLS only so if they want that then they can’t have off-the-shelf Astutes.
Click to expand...

TLAM can be tube launched as the RN have no VLS systems.
D

Lindermyer said:
Isnt the UK reactor just a derirative of the latest US type?
Click to expand...

RR PWR 2, been in service for years.

Bob65 said:
They are to be built down under so job 1 is outfitting a shipyard there for it.
Click to expand...

Job 1 is going to be working out what safety and licensing procedures / regs etc are going to be needed for the designers and the site operators. Then you can start figuring out what you're going to put on site. You'll also have to sort out the supply chain qualification and verification procedures, which are also far from trivial - and if not gripped go wrong-diddley ong, ong in a similar stylee to the welding issues in HII and the issues with Astute boat 4 in Barrow.
"I'll get some more guns Sarge!" "Yeah - and make 'em big!"
D

Dwarf said:
In one sense you have to admire Froggy. Not only does he annoy his immediate neighbours, us the boxheads and the dagoes, he manages to get up the noses of nations halfway across the world.
Click to expand...

A lifetime of practice can only deliver such a capability.

Red Hander said:
The Chinese seem to be being quite canny and, in Africa, etc saying 'give us trade access, etc - we'll help without imposing our system, beliefs, etc on you'.
That's an attractive proposition. Logically, the answer is for the US/West to offer attractive competition to the Chinese offer. In parts of Africa, governments may associate the West with criticism rather than regarding us as a suitor.
Click to expand...

Unfortunately, most civilised countries are bound by strict laws that preclude corruption.

I agree, but there are cultures which are modern but where greasing palms is a part of how things are done. I don't think that's right but it is the reality.
NULL

diverman said:
RR PWR 2, been in service for years.
Click to expand...

PWR3 is on the way. RR have just built a big new factory round the ring road to build them in.
ทำดีได้ดี ทำชั่วได้ชั่ว