I've just caught the last few minutes of The best of riverdance. I am confused what is the point? A wedge of semi-paralegiacs who cannot function above the waist cavorting in a manner similar to the duck placed on a hot tin sheet, with people applauding them!

In the same show they seemed to have a Flamenco dancer, who is Spanish in origin
'Pay peanuts get monkeys'
'Quality costs, you get what you pay for'
Professional footballers and bankers show these statements as tosh.

its to show people what the effects of nerve gas are like.
It's easy to laugh and be happy, when the world rolls along like a song,
But a man is worthwhile, If he can just smile, When everything goes ******* wrong.....
Adolf Hitler 1945.

Friedrich Nietzsche believed that morality is just a fiction used by the herd of inferior human beings to hold back the few superior men ..

Had to take my old mum and wife to see "Lord of the Dance" many years ago.

I laughed all the way through it, even got evil stares from Flatley as we were on the front row - made me laugh all the more.
Born to make big holes in small counties!
Rank is no measure of intelligence!

Thanks for two very funny posts.

My Gran will be turning in her grave because I laughed at your posts.

I saw a cartoon in I think it was Private Eye. It was entitled 'Consternation at the School of Irish Dancing' and showed a number of shocked-looking people standing staring at a dust-covered book that had just been found behind a filing cabinet.

The title of the book was "Volume 2: How to Incorporate the Arms".
Once during a fever I remembered that when a European is dying, there is usually some sort of ceremony in which he asks the pardon of others and pardons them. I have a great many enemies, and I thought, what should my answer be if some modernized persons should ask me my views on this? After considering it, I decided: Let them go on hating me. I shall not forgive a single one of them.

I remember many years ago at St. Mongo's school assembly, our year were to be treated to a solo display of Irish dancing.

My mate Martin O'M*****'s little sister was there on stage with ringlets and green dress giving it laldy.

Poor Martin just died in his chair and never was allowed to forget it.

Two comments I remember were "Don't epileptics fall over?" and "When will she get her baps oot Martin?".

Cringeworthy for him and funny on the day etc, but I was quite impressed.

To be honest i don't see what was so funny about this. It was stuck on the beach at Cleveleys for ages. 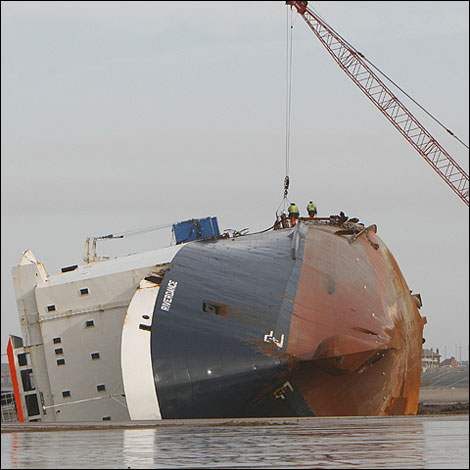 Friedrich Nietzsche believed that morality is just a fiction used by the herd of inferior human beings to hold back the few superior men ..

ark-angel said:
To be honest i don't see what was so funny about this. It was stuck on the beach at Cleveleys for ages.

Chef said:
I've just caught the last few minutes of The best of riverdance. I am confused what is the point? A wedge of semi-paralegiacs who cannot function above the waist cavorting in a manner similar to the duck placed on a hot tin sheet, with people applauding them!

In the same show they seemed to have a Flamenco dancer, who is Spanish in origin
Click to expand...

Are you mixing your metaphors?

WHY? because there are some fit birds on it, past that its shizer and that mullet heeded C.U.N.T. requires a cuban heeled, tap boot right up his smug arrse
Toodlepip
TheGimp

Ah, there's a lack of cultural history here. The first thing you need to understand is that traditional Irish dancing was actually created in England. About two hundred and fifty years ago, when the canals were first being dug to form an efficient new transport grid to supply the industrial revolution.

At the time the canals were often called 'navigations' and the men who worked on them were called 'navigators', hence the term 'navvy'. Many of the canal navvys were from Ireland. And one of the jobs they did was to line the canal beds with puddling clay to stop the water seeping out.

Now to puddle a canal properly, the clay has to be stamped down hard. So the navvies would form a line and work their way along the canal, keeping their backs straight and slamming their feet down as hard as they could to work the clay into a compact mass. And they had to lift their feet up each time because the clay had to be kept wet so it was always underwater.

The Irish, being Irish, soon found that it made for easier work if they had somebody up on the bank with a fiddle and made a kind of dance out of the job, with everybody stamping together in time and advancing in unison. Which explains why the Irish still dance the same way today, backs straight and slamming their feet down.

Of course, you may not believe this, but if so, just ask yourself why Riverdance is called Riverdance?

It's because the people who founded the company were originally going to give it the correct historical name of "Canaldance". Unfortunately the PR people thought that name lacked, in terms of wild Irish romance, a certain le mot juste. So Riverdance it was instead.

And if you still don't believe me, just ask the next leipreachÃ¡n you meet.
The Pilbara Regt -- free ranging fowl fighters

Because RTE needed to fill 20 minutes dead air in the middle of the Eurovision Song Contest in Dublin in 1994 (I think). (Or is that to factual an answer for you)
LUCK (Dennis McHarrie)

I suppose they'll say his last thoughts were of simple things, Of April back at home, and the late sun on his wings; Or that he murmured someone else's name, As earth reclaimed him sheathed in flame. Oh God! Let's have no more of empty words, Lip service ornamenting death! The worms don't spare the hero; Nor can children feed upon resounding praises of his deed. 'He died who loved to live,' they'll say, 'Unselfishly so we might have today!' Like hell! He fought because he had to fight; He died that's all. It was his unlucky night.

Flatley performs what I like to call bastardised Irish dancing (hate the p8ick).

The backing dancers were performing a more traditional style (arms straight by the sides).

irlsgt said:
Flatley performs what I like to call bastardised Irish dancing (hate the p8ick).

The backing dancers were performing a more traditional style (arms straight by the sides).
Click to expand...

Can't stand him myself, but must admit his marketing was spot on.

Were my Grandparents alive today, I'm not sure what they'd make of it though. Flatley's "take" is a bit it too clean and clinical/precise for their taste.

My Grandparents' own children (my mother, aunts n uncles etc) followed it to varying degrees. I'm sure if they could have organised it, any hoofer from James Cagney and Gene Kelly right up to Lionel Blair would have been cannonised!!!

Not my thing as i took up wrestling, judo and boxing etc.

I admit though that I did the whole "Fame" thing when it was popular in the early 80's.

Riverdance was first performed in Millstreet down in Cork at the Eurovison Song Contest in April 94 during the interval. Everybody loved it and it by Nov 94 it was quickly turned into a full production and opened at the Point Depot in Dub. I agreed to go & see it in Belfast at the Kings Hall in '96 on the condition that Mrs K drove & I could have a a couple of scoops. I was not that mad on seeing it but confess that I enjoyed it. I think that when we saw it that plonker Flatley had been replaced by Colin Dunne as the lead.

Killaloe said:
For any Dubs on the thread Cork is the real capital of Ireland (or so the Munster lads tell us)
Click to expand...

You'll get pelters for that one Bro!!!

Took my mum - who wanted to leave half way through. Much prefer actually doing set or cÃ©ilÃ­ dancing.
As Ãirinn a thÃ¡ngamar
P

I think at the time it was for idiots to watch live to feel 'with it'. It was on everything on TV. A dance that once you've seen you don't need to see again. Flatley, now there's a prick.

Sparky2339 said:
Check out Stavros Flatley on you tube.That Greek Cypriot is the best I've seen. Hilarious.
Click to expand...

I believe this is the one you mean, Sparky:
http://www.youtube.com/watch?v=7gHvATmUsSg
And you're right, it is really hilarious. Inspired in a way and very well observed with all the typical ostentatious poses of your man Flatley.