Fedaykin said:
Also I am 101% certain that the Scottish Government when ordering these latest two vessels
Click to expand...

Oh that - nope, now I understand. No, those ferries were just jobs for the boys / SNP backhander to a Party Donor an effort to support domestic industry through difficult times...

Now you got it!

ExAuxBalloonCorps said:
My dad and uncle both worked in Pompey dockyard and would tell tales of union job demarcation rules eg. an electrician had to wait for fitter to turn up to fix an electrical junction box (supplied by the electrician) to a bulkhead as he wasn’t allowed to do the job himself. Crazy.
Click to expand...

My dad is an apprenticed boilermaker who served his time in Camel Lairds, ship repair on the mersey and a fair few other places.
After his apprenticeship he went to holland and worked there - he is now pushing 80 and every other conversation seems to be on the lines of “they haven’t got a clue in this country...”

Included in his diatribes is having to carry a 1/4 ton of (I forget what exactly) steel the length of the yard because nobody else had the exact job to do it. Whereas in the Dutch yard he was flagged down by a guy when carrying his tool kit across the yard - his oppo translated and a quick phone call they were both shuttles across in a truck, said truck waiting until the job was done so that they could go back to their normal workplace. Turned out the guy doing the flagging down was the shipyard owner.

His other favourite story is on working on a Diesel boat (sub) and an RN guy starts hyperventilating about the placement of a location of a bit of kit. Kit is moved at the cost of many man hours. A couple of months later RN Guy is replaced - sure you can guess what happens next.

It isn’t just shipping either. He later worked in Africa where the British management were kicked off site and not allowed back in again. The reason why was that they installed a pipeline that cut off the makeshift road that all the construction traffic was using to access the sugar refinery they were building.

Sorry for the rant but I have to listen to this every other night and it seemed at least partly pertinent.

ExAuxBalloonCorps said:
My dad and uncle both worked in Pompey dockyard and would tell tales of union job demarcation rules eg. an electrician had to wait for fitter to turn up to fix an electrical junction box (supplied by the electrician) to a bulkhead as he wasn’t allowed to do the job himself. Crazy.
Click to expand...

Nothalf as crazy as a now former U.K. shipyard refitting a tanker back in the day.....

Chief pops down to see how things are going, has a bloody fit, grabs gas axe and cuts away offending pipe and tells everyone very explicitly what he thought of their parentage. OUT BROTHERS! Scream the shop stewards.

Rather than fire the clowns, management go into appease the unions meltdown, union calls a down tools in the yard, ship is blacked. Months later, and with lots of agreed overtime, the Union permits the refit to continue sans the offending Chief Engineer.
unsurprisingly, they got no further refits.

Lindermyer said:
A hold is a hold its only complicated for the Uk everyone else manages it.

The US has been supporting carriers fore years yet we cannot simply follow there lead.
Click to expand...

Yeah they were so good at it they only stopped using the three Ness class stores ships they bought off us in the 70s circa 2005.....

Your posts so far have shown a severe lack of understanding of modern design rules and safety requirements.

Fedaykin said:
I would also put money on their habitability standards not matching those required for the RFA to boot.
Click to expand...

like all US ships, ‘austere’..... but their pay scales reflect that - $180k for a Sealift Command Master.
proudly boycotting Pret a Manger

And dry. They're a bloody nightmare when they go ashore.
I was gender fluid until I evaporated...

instinct said:
Yeah they were so good at it they only stopped using the three Ness class stores ships they bought off us in the 70s circa 2005.....

Your posts so far have shown a severe lack of understanding of modern design rules and safety requirements.

a typical civilian dry cargo Merchant ship will have a crew of 14-25, RFA’s require @ 100 crew to operate them, plus stores and RN types
They are rather complex by Civilian standards, things like refrigeration isn’t a Zanussi fridge.
proudly boycotting Pret a Manger

endure said:
And dry. They're a bloody nightmare when they go ashore.
Click to expand...

well to be fair, we went pretty dry too after some drunk Yank ran his tanker onto an Alaskan rock....grrrrrr.
Last edited: 27 Sep 2020
proudly boycotting Pret a Manger

But anyways, back to the Solid Stores Ships....

they are big, properly Tide sized big, over 40,000 tonnes, which very much limits the U.K. build options.

although I note they are now being referred to as ‘warships’ in parliamentary statements.....setting the mood music for mandating a UK build?
proudly boycotting Pret a Manger

Lindermyer said:
Makes you wonder how they could move all that stuff in WW2 - Oh wait loading cargo has been known about since Bjorn Ironside

It will be 3 of what the US is having - rather than some gold plated bae built crap and will fill the LSL role as the US is gifting LCAC
Click to expand...

Well..there may have been lessons learned.. 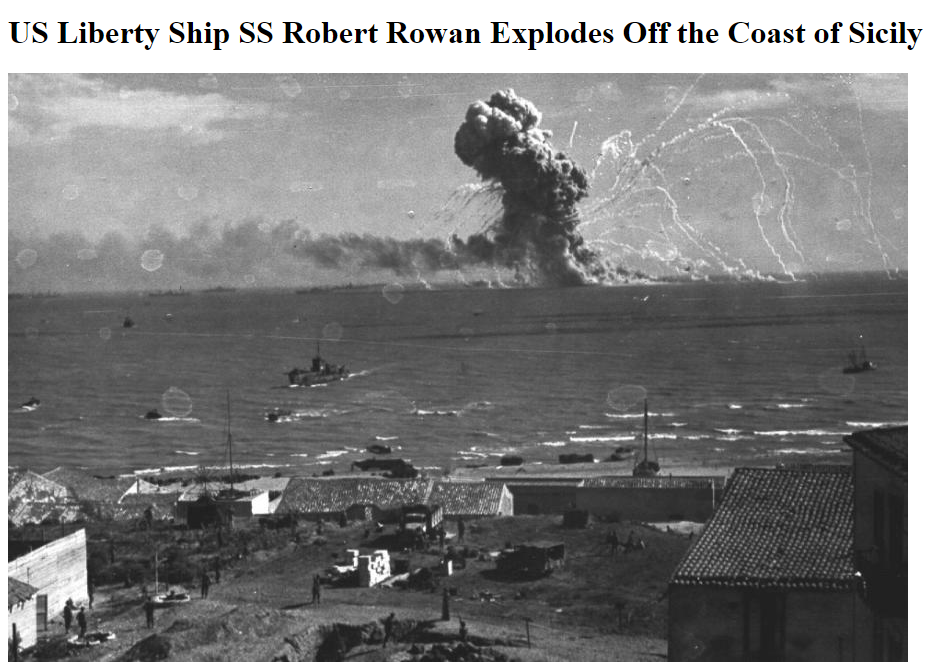 www.globeatwar.com
When routine bites hard, And ambitions are low, And resentment rides high, But emotions won't grow...
By voting on this post with a Dumb I confirm that I am a more than a bit stupid and an all round loser.

Lindermyer said:
Obviously - Its been confirmed the Merchant Navy cant be trusted to man them - if they think they need more manpower than Maersk for the same sized vessel.
The only difference is a few shooty things and the RN does them.
Click to expand...

Lindermyer said:
But could if asked without over specifying ships or jobs for the boys. Or if you actually need real comitment - then make it a Navy task like everyone else does.

Almost as if they no something we dont
Click to expand...

no Maersk cant, even the USN has its own dedicated ‘RFA’.

the last merchant ships fitted to do RAS with the RN and the crews trained to do it, were BP’s River class product tankers in the 70’s.

and when playing Auxilliary RFA, you had a 4 man naval party aboard, and you needed 12 on deck and were double headed Bridge and engine room. Which, with just 40 people aboard was a furious and tiring pace.
proudly boycotting Pret a Manger

It seems a unionised workforce and success are mutually exclusive in the UK’s heavy industry. It’s not just shipbuilding - coalmining, steelmaking, car manufacture, electricity generation all decimated their indigenous industries, and what remains of these capabilities is frequently (but not exclusively) foreign owned.

In some countries, unionised workforces have been successful, but these tend to have a “we’re all in it together” philosophy, rather than an “us vs them” outlook. Compare Toyota with Rover Group, or DeutscheBahn with British Rail. It seems like I’m talking about ancient history with Rover and BR, they went away years ago, but their competitors/foreign equivalents prospered.

Lindermyer said:
So merchant vessels can do it and the rest is just posturing and jobs because we have to many merchant seamen colleges
Click to expand...

RFA are trained at Raleigh and Britannia these days.
proudly boycotting Pret a Manger

Even more reason to leave it to the RN or better yet just sack it off.
Our 2 FSS and 4 tankers are pretty insignificant alongside the US and NATO - 3 torpedos and our contributions gon so instead of trying to play with the big boys and wavbe our national willy - srap the RFA and invest in Fast attack craft
Photex has me on Ignore apparently this is a bad thing

Lindermyer said:
Even more reason to leave it to the RN or better yet just sack it off.
Our 2 FSS and 4 tankers are pretty insignificant alongside the US and NATO - 3 torpedos and our contributions gon so instead of trying to play with the big boys and wavbe our national willy - srap the RFA and invest in Fast attack craft
Click to expand...

we have 3 solid stores ships and 6 large fleet tankers, Far and away the biggest capability in Europe. @ 380,000 tonnes, the RFA is a not insignificant amount of tonnage.
proudly boycotting Pret a Manger

Lindermyer said:
Insignificant compared to the US - 5 mins air attack and its gone

Oh look Britain can send 4 tankers - I bet Putins shaking in his boots - terrified that the migh of Britains RFA will deny him the Carribean
Click to expand...

US has 15 large fleet tankers. With 6, I’d say we are punching well above our weight.
they are also fitted with Extensive defensive weapons and systems.
Last edited: 27 Sep 2020
proudly boycotting Pret a Manger

Lindermyer said:
Gosh UK punching above its weight - didnt take long for that tired old trope to be trotted out

Otherwise known as were willy waving here but theres nothing of Substance behind it
Click to expand...