Review: A Time For Swords by Matthew Harrfy

Book Reviewer
Reviews Editor
AD 793, Northumbria and the Holy Island of Lindisfarne. Hunlaf is a young novice, not yet a tonsured monk but that is his direction, until the dragon-prowed ships came out of the mist and the raiders struck at all that he held dear.
The teaching and the belief was that one should turn the other cheek, but when the young novice sees the rape, the pillaging and the murder he is moved to act and so he picks up a sword and joins the battle. However, one of the enemy is left by his shield brothers, abandoned to the mercy of the monks and the Saxons. What happens from there is a tale of blood and destruction.

I've never before gotten into the novels of the Dark Ages, not even those of the sainted Bernard Cornwell, but this author has me hooked. This particular novel is the first in a new series, and I am impatient for the next in line, but, in the meanwhile I have been reading his other stories, of the series known as 'The Bernicia Chronicles' . These too are set in Northumbria yet cover the old kingdoms of Mercia and Wessex. They feature a war leader named Beobrand and are, as the other novel is, filled with intrigue, battles and blood.

These are excellent tales, easy to read and kept my interest to the extent that I actually bought some! I can heartily recommend them to anyone who likes a cracking good book. 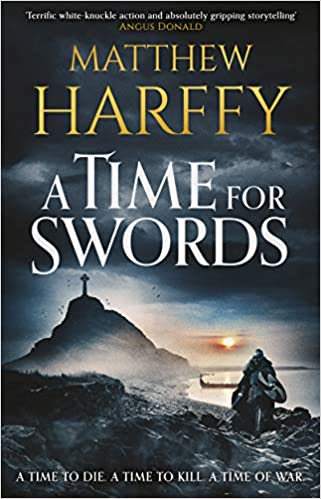 Over half way through, good tale but very Seven Samurai.
"I know you think you understand what you thought I said but I'm not sure you realize that what you heard is not what I meant"