What to do when you retire ? Move to a sunnier climate ?
Potter around in the garden ?
Take up painting ?
Become an embarrassment to your children ?
Try and get Mr Bullet Magnet to agree for you to write his "memoirs" ?
I'm asking because I have no clue what to do ....I'm 54 now and am officially retired, except for fishing I dont do a great deal, maybe I need a kick up the arrse.

You've achieved all you will with your life. Now you're just filling time before you die. Hurry it up a bit, your kids want to sell your house.

If I had my way you'd be put on a block of ice and pushed out to sea.
واحدة

I am still having too much fun showing the new guys how it is done.

Gallery Guru
I'd use the search function and find other threads about the same subject.

Book Reviewer
A sentence with Jarrod it in must, by Arrse law, also contain search and function
Two things are infinite: the universe and human stupidity; and I'm not sure about the universe.
Albert Einstein

Daxx said:
A sentence with Jarrod it in must, by Arrse law, also contain search and function
Click to expand...

And also "top right"
It's all shits and giggles until someone giggles and shits!

Only cnuts retire at 54.
BRANDOLINI'S LAW law holds that "the amount of energy needed to refute bullshit is an order of magnitude bigger than to produce it".

In retirement, I plan to model myself on Brucie. 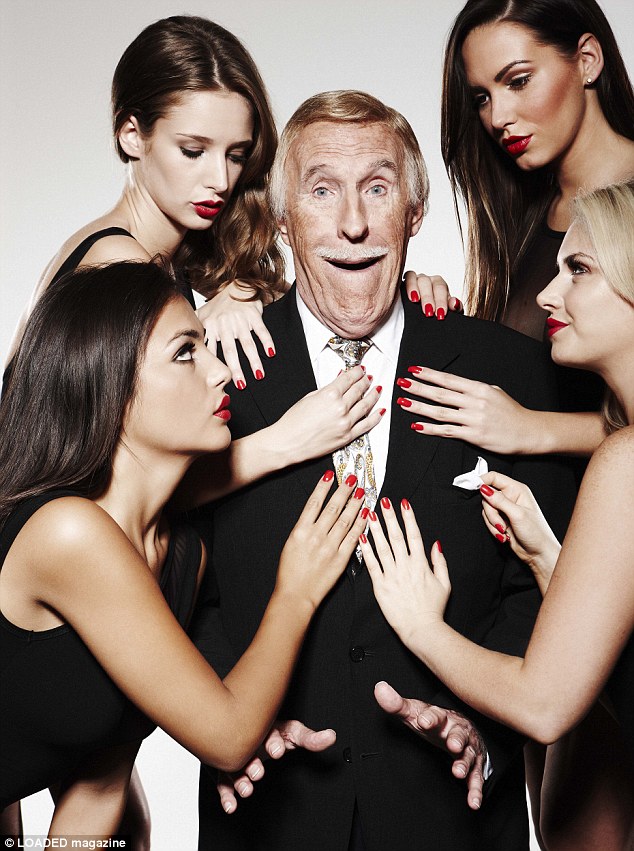 Ancient_Mariner said:
In retirement, I plan to model myself on Brucie.


Considering his surroundings, why does he have such a long face?
For more information please reread.

Well, basically it's to try and live that long. The way it's going my generation will get a telegram from the Monarch before we get our pensions - such as they'll be.
I don't respect your opinion and I don't care if you're offended.

Only plan that springs to mind currently is to **** this old house off to whichever kid has the most promising offspring, build a nice warm modern gaff on the estate (I've already earmarked the spot) and live there.

I'll probably get a big **** off boat too.
One cannot begin to fathom the immensity of the **** I do not give.

I knew a chap from Scunny that did the whole Bulgaria thing after pocketing a decent settlement from his divorce, settled on a shabby duck farm that had a bit of land, enough anyway to knock up an extra domicile. Fair play to him he spent a couple of years working on it solid, backwards and forwards to the UK as well and the odd mate went out from time to time to give him a hand, he used to send pictures back to the rugby club and they'd go up on the wall, it now looks the business, he however is a serious p*ss pot and hasnt endeared himself well to his neighbours, and certainly doesnt have them jumping for joy when he fires the music and guitars up every night full blast and i've heard the Police out there arent known for being shy!

CrashTestDummy said:
Only cnuts retire at 54.
Click to expand...

******* good job I retired at 50.
In the beginning the Universe was created. This has made a lot of people very angry and has been widely regarded as a bad move.

Accidents will occur in the best regulated families.
D

CrashTestDummy said:
Only cnuts retire at 54.
Click to expand...

I agree- why wait until then.

You need to bin the UK, that's for sure.

Almost everywhere is half the price of UK, so don't be spending your pension here.
You are not a comedian. You are a joke. Keep the FUČK out of recruiting. Or it's another month off.

Joe_Private said:
Considering his surroundings, why does he have such a long face?
Click to expand...

Joe_Private said:
Considering his surroundings, why does he have such a long face?
Click to expand...

Because he knows he should be doing something with those young ladies, but can't remember what!
Labour: For the Few, NOT the Many!
Tory: Vote for us we can ignore you better than Labour do.
I
I'm a Gammon and proud of it!

Ancient_Mariner said:
In retirement, I plan, myself, to be a model on Brucie.

Book Reviewer
In answer to the Friday question, "Got any plans for the weekend?" my normal reply is succinct. "Win the lottery. Retire." Wait ... Nope no win again this week, so it looks like I'll be in the office again tomorrow.
Join an active Arrse Torn faction? Visit this page. www.torn.com/1954662
Hobo Wars? https://www.hobowars.com/in.php?player=2856238

AlienFTM said:
In answer to the Friday question, "Got any plans for the weekend?" my normal reply is succinct. "Win the lottery. Retire." Wait ... Nope no win again this week, so it looks like I'll be in the office again tomorrow.
Click to expand...

Thank fcuk! I "bullshitted" one of your posts a while back and now live in constant fear of an ARRSEr winning the lottery and hunting down those who have slighted her. Or him. But probably her, as that's the sort of thing only a whiny bitch would do.
For more information please reread.

P
some old some new some borrowed some blue