Isn't the idea of regiments to create faux tribes, to which all members owe fealty?
www.dakkadakka.com

alfred_the_great said:
Why is it the Scottish Regiments are so het up about all this stuff, yet so disastrous at actually being a fully functional (and manned) unit in the Army?

Is it just a displacement activity?
Click to expand...

I think you will find it is the Navy that does displacement.
“ Sometimes people don’t want to hear the truth because they don’t want their illusions destroyed. ."

hackle said:
I understand your argument, but “2 Highlanders, 1 Lowlanders, 2 Lowlanders”?
Click to expand...

The original plan was

Stonker said:
And not a single one, of any parent capbadge, feared, trusted, admired, or had sufficient affection or respect for the bloke to follow his orders.

And they weren't even under fire.

Got the same gong as Mad Jack Sassoon though.

That's simply not what the citation says so all you've got is hearsay that may or may not be true.

Personally I think it's a bit much to publicly criticise someone for undoubtedly brave actions when you've never seen meaningful combat, but hey, such is bitterness and resentment.
Si hoc legere scis nimium eruditionis habes
S

HLD DMR said:
I must say how impressed l was at the speech regarding the change from 1SCOTS to a ranger bn that was given at your associations St Andrews day dinner. No hand wringing or tears on parade, just a factual look of what lays ahead.

Just realised from the video that I know the current CO 1 SCOTS / Rangers. He's one of the good ones, has the right background for this, and is exactly the kind of guy needed for this transition and to start the thing on a good footing. If I had to pick someone for that job, he would be top of my list regardless of capbadge.

Whether this is accidental or deliberate on the part of the Army, it's encouraging that he is in that post.

He's also genuinely interested in change / transformation / doing things better, has been for a long time and before it looked cool on OJARs.
What I see are the cold and timid souls of little people all too often unable and unfit for the rigours of a full life: safely complacent, safely non-committal, safely at home, consumed in the certainty of their right to happiness and wish to drag others down to their miserable level of ordinariness. Unable to make sense of our lives in such abstract terms as courage, honour and integrity, we measure against the false gods of image, material value and self interest.

Wee Hawken said:
Only the British Army could have a regiment with Highland in its name and then call them Lowland
Click to expand...

Or have Dragoon’s in a light cavalry role…
Who me?
Real stupidity beats artificial intelligence every time!

So there we have it Security Force Assistance Bns also reduced to two Companies.

Its amazing 8 Bns reduced to the strength of four a role that will cross paths with the Rangers but in two different Divisions.

Amazing how you can prop up two 2*s at the very least 2 1*s and retain 8 COs to command 4 Bns worth of troops,. 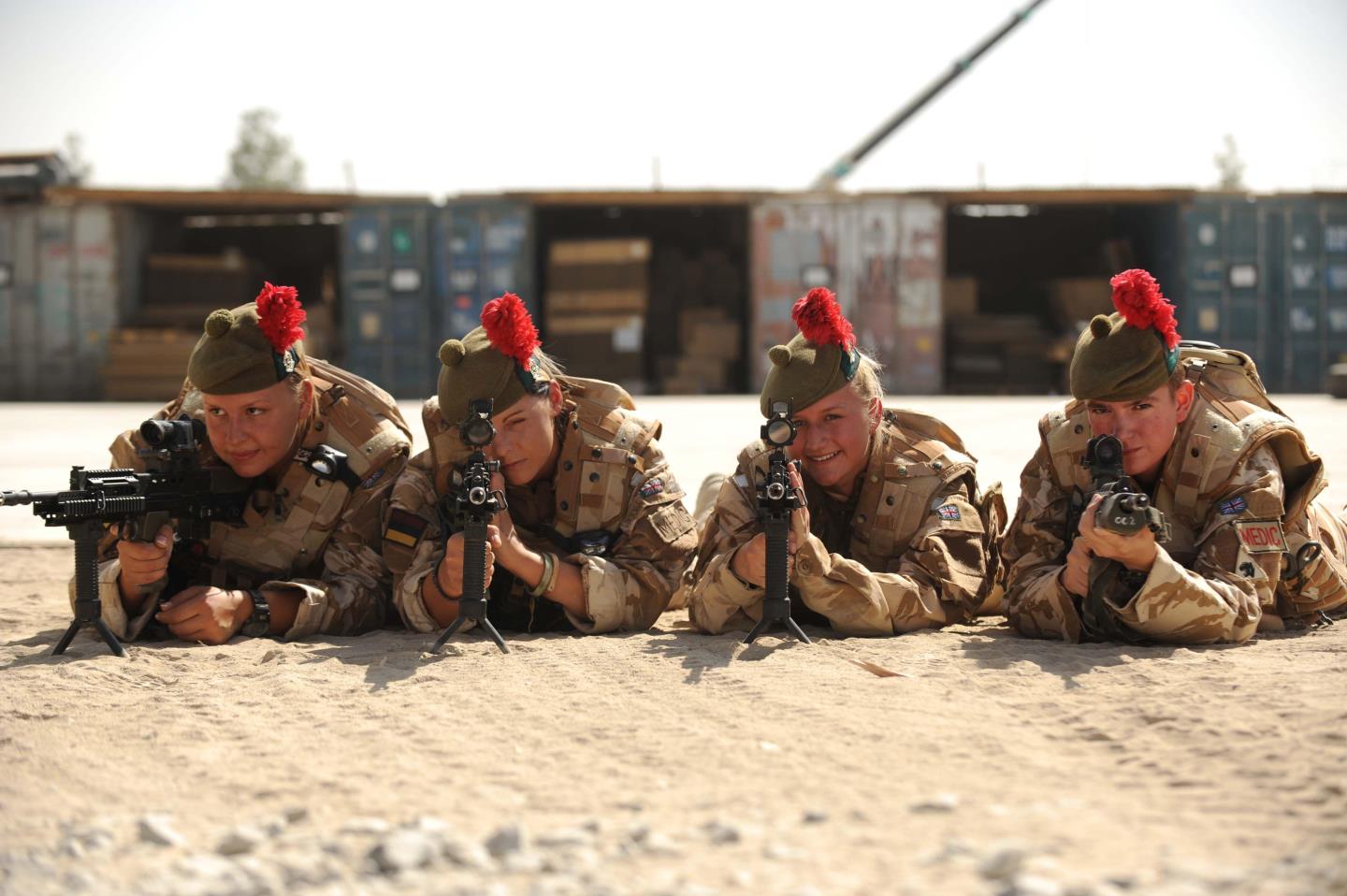 A former soldier MSP has blasted defence chiefs for cutting the historic Black Watch battalion in half. Paul Sweeney, a former Royal Regiment of Scotland

www.thecourier.co.uk
“ Sometimes people don’t want to hear the truth because they don’t want their illusions destroyed. ."

I like the fact that the headline picture is of three female Medics attached to 3SCOTS and one actual jock
Who me?
Real stupidity beats artificial intelligence every time!

Radio silence then ensued until...

It is my opinion that there always has been, and always will be soldiers who are unhappy with their lot, due to

A small %age of them would sit in bars, get smashed on drink or drugs, howl about ' Regimental bullshit ' whilst refusing to look in a mirror.

The largest %age of this group, identified that they were in the 2nd bullet point, got the head down, worked to the best of their abilities and left the Army on good terms when they reached the end of their contract.
Click to expand...

Everything in that post is spot on, but it's only a part of the picture.
"You know as well as I do that human life does not matter a rap in comparison with the death of ideas and the betrayal of English traditions."

Sarastro said:
The border? Dundee more like. Exceptions made for some estates in Glasgow.
Click to expand...

Most of the Scots make fairly good soldiers.

Given English Officers of course...
"You know as well as I do that human life does not matter a rap in comparison with the death of ideas and the betrayal of English traditions."

Some English Officers made mutants look good.
Watch Out Watch Out - There's a Tout about
H

Thanks for clarification. Incidentally, Queen’s Own Highlanders were abbreviated QO HLDRS not QOH, which was the Queen’s Own Hussars.
Last edited: 4 Dec 2021

Boxy said:
Or have Dragoon’s in a light cavalry role…
Click to expand...

Note their history:
"Dragoons were originally a class of mounted infantry, who used horses for mobility, but dismounted to fight on foot."

The circle of life! 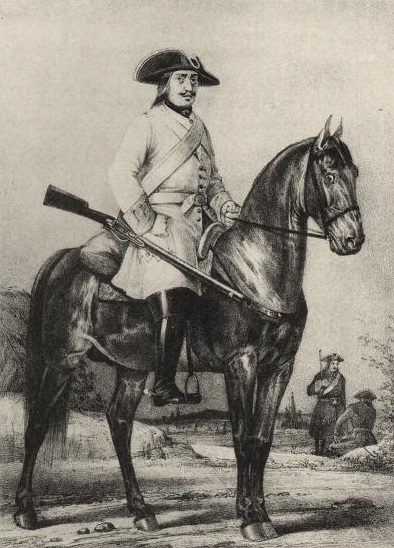 en.m.wikipedia.org
The views, opinions, remarks made by Auld- Yin are his personal ones and do not represent any other person, organisation or institution.

alfred_the_great said:
Why is it the Scottish Regiments are so het up about all this stuff, yet so disastrous at actually being a fully functional (and manned) unit in the Army?
Click to expand...

Indeed. Having caught up on the last 6 pages of this thread, all this 'preserving tradition' etc makes my teeth itch. It's pure nonsense when properly scrutinised coming from a former RRS soldier of the late/ post HERRICK era (that's me btw).

People from the UK, India, South Africa, Fiji etc were/ are going through ITC under the pretence of being 'Scots' soldiers to then find themselves going to the battalion that needed the manpower for the next HERRICK regardless of family history/ golden thread sob stories etc (SUTs typically just wanted to go to the battalion not based in Germany at the time to be honest).

I rock up as a West coaster to 4 SCOTS, and the bulk of the 'Jocks' aren't even from the Highlands, the JNCOs are from the 1 Highlander period (RRS formation) & RS/ KOSB spillover, and the SNCOs/ WOs are from the Gordon's/ QO HLDR amalgamation period. The difference in outlook on regimental tradition between the layers is massive. The only 'unifying factor' is the mindset at the time of 'enduring ops' i.e. the ~2 year TELIC/ HERRICK cycle.

At some point we absorbed a significant chunk of 5 SCOTS (because cut backs and we're one of the most undermanned battalions regardless) when they became an incremental company; this 'highland identity', 'traditions' etc becomes further nonsensical.

It's an ongoing thread deviation and there's 3 other battalions that are now 'Rangers', but the more I hear about resistance to change, particular 3 SCOTS, the more you just want the powers that be to push for a Corps of Infantry and wait for the eventual dying out of dinosaurs so that we can actually get to grips with the bigger issue; the infantry/ army's purpose in the post-Afghan era.
Last edited: 4 Dec 2021

RIGRAT said:
From what I’ve heard from most ex Jocks (was recently working with an ex KOSB lad) any amalgamation attempt between the Black Watch and any other Jock Bn would be extremely undesirable.
Click to expand...

I have heard and read the same, and the BW being referred to as “ a fine old English Regiment ruined by a few Scots”.

alfred_the_great said:
Why is it the Scottish Regiments are so het up about all this stuff, yet so disastrous at actually being a fully functional (and manned) unit in the Army?
Click to expand...

Not always. 1RS did Op GRANBY as a almost-fully-manned Armoured Infantry Battalion (the bloke giving the speech in the clip above, was 2ic A Coy; finished up as the Military Secretary); they were the best-manned of all the Warrior battalions in BAOR.

Of course, being posted to Fort George as a light-role battalion (apparently, the worst-manned battalions in the infantry had all been posted there in the previous decade); and then the impact of Options for Change "you'll be amalgamating with 1KOSB, so we're going to make nearly half your NCOs redundant... oops, amalgamation is off, shame about the redundancies"; meant that by end of the Lean Years of the Nineties (anyone remember MARILYN*?), 1RS was struggling.

It was the 1RS RRTT who had the great idea of restarting active recruiting from Fiji; having seen their success, everyone else joined in

* Meeting Army Requirements In the Lean Years of the Nineties - during the 1980s, someone looked at the demographics of the UK, namely birthrates in the mid-1970s, and spotted that in a few years, there was going to be a big drop in the number of young men of military age.

The Surrey Highlanders
"The most improper job of any man is bossing other men. Not one in a million is fit for it, and least of all those who seek the opportunity" JRR Tolkien

A former soldier MSP has blasted defence chiefs for cutting the historic Black Watch battalion in half. Paul Sweeney, a former Royal Regiment of Scotland

My initial scan was to think there was a 'n' missing and started nodding vigorously.
If you're with a group of people and you can't work out who the idiot is, keep your mouth shut.

There are some fine opportunities for young English Officers with the right qualities. Most of the NCOs speak passable English, so there is no initial urgency in mastering local dialects.
"You know as well as I do that human life does not matter a rap in comparison with the death of ideas and the betrayal of English traditions."

There are some fine opportunities for young English Officers with the right qualities. Most of the NCOs speak passable English, so there is no initial urgency in mastering local dialects....
Click to expand...

....except Fijian
The views, opinions, remarks made by Auld- Yin are his personal ones and do not represent any other person, organisation or institution.

News story: Units to deploy as part of Herrick 18 announced