A review by @Dapperdun, of Rum Ration. He was expecting a punishment volume due to getting my name wrong, but I don't bear grudges and it proved the right decision. 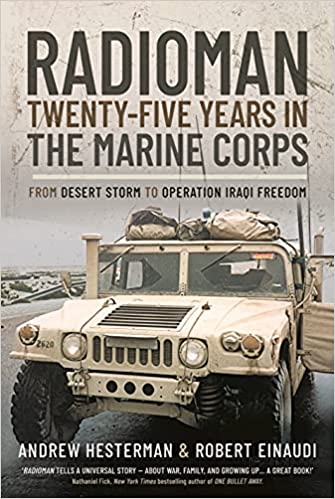 A pleasant surprise when I opened the package as I was expecting something of less interest to me, but this subject is right up my alley.

The Preface opens promisingly. There is wry humour here and I found myself smiling and nodding in agreement. He talks of people asking him how many people he has killed and that resonated with me. I’m also a Gulf war vet but not a helicopter pilot I was a Chef. (Helicopter pilot when ashore)

I was looking forward to reading what he had to say, but the Prologue put a slight damper on things. I’m not religious but Andrew most obviously is and states this unequivocally here.

So I was less excited about reading further, but I persevered.

The book takes the well worn and tested formula. Start with his formative years, move through his basic training and then his time ‘in country’ It’s all enjoyable stuff and flows well in the beginning. The only thing that jarred slightly with me is that everyone is Lieutenant Bloggs or Sgt Smith. No first names which feels odd, but natural to him as he explains later. There are a couple of Americanisms that I had to figure out, but this doesn’t really stop the flow of the book. Later on there are some first names used which personalizes it much better and feels much more like a story rather than a patrol report.

There is an incredible amount of detail about his time in service and he can remember minute details with great clarity. I’m not sure how much this helps the flow but I found myself wishing that I could remember that much about my time in the RN.

Every so often he takes a break from the military story and talks about his relationships with his family and his partners. As I’m sure a lot of ex-military can empathise, it’s not all plain sailing and a break from the constant stream of military information.

In summary an enjoyable read, but falls short slightly by the tone sometimes when it feels like he is reading out his patrol reports to his writer and the writer repeats them verbatim.

D
Andrew, does the Army want him representing them?
4 5 6