https: //archive.org/details/QuarteredSafeOutHere​
NOTE: Posted unaltered on this page, the URL above only renders on here as a link to play a single MP3 (see below)​
You will need to copy and paste it into your browser, and delete the space between 'https:' and '//', then it will land you on a webpage​
Behind it is a page featuring MP3 downloads for all 10 episodes:

QuarteredSafeOutHere directory listing​
This is the stream for Part 1:

ETA: I just realised it only holds (at the moment) 8 of 10 episodes - I may be able to remedy that, come the weekend.

Excellent I've just finished The light's on at Signpost' about his experiences as a film scriptwriter and general rants about life in general.

I've read the book but it'll be interesting to hear it in his own voice.

'Pay peanuts get monkeys'
'Quality costs, you get what you pay for'
Professional footballers and bankers show these statements as tosh.


I notice as I scrolled down that a certain Mr G Glitter's episode was not available.

Thanks, it's a cracking book. Read it several times.

I also discovered the Kindle edition is available for a mere £2.99 on Amazon.

I used to have the full unabridged audio book, read by GMF, as MP3 files copied across from a failing cassette tape edition but I can't find them in my archived files, so I'm gonna have to devote some time to a bit of serious digging to establish whether it's gone west or just into hiding . . .
Last edited: 10 Jan 2019
J

Thanks Stonker. Good find!
Beer makes a man feel the way he ought to feel without beer! (Henry Lawson)

Looks good. Shame about the paywall.
​
Emsdorf and victory!

The greatest scoundrel who never lived
Ben Macintyre
January 26 2019, 12:01am, The Times

Half a century after he was brought to life by George MacDonald Fraser, Flashman remains one of the most astute guides to the Victorian era and the age of empire, in aspects both glorious and inglorious. The character of Flashman might be fictitious but the world he describes is true, filled with real people and real incidents.

The 12 Flashman novels are a special form of history: more imaginative and truthful than many scholarly works. Fraser was a genuine historian and so, in his way, was disgraceful but insightful Flashy.

The first volume of the Flashman series appeared in 1969. An imagined memoir written by the bully we first met in Thomas Hughes’s Tom Brown’s School Days, it starts with Flashman’s expulsion from Rugby and ends with a richly undeserved reputation as a hero of the First Afghan War. It also contains four pages of endnotes, in which the fictional editor confirms the book’s historical context, demonstrating that although Flashman never happened, the events he witnessed and the people he met certainly did.

From that moment on Flashman was up and running — and, whenever possible, running away. Lying, cheating and fornicating his way across imperial military history. By the end of the last novel, Flashman on the March (2005), our hero has taken ignoble part in most of the great episodes of Victorian history including the Siege of Khartoum, the Indian Mutiny, Custer’s Last Stand, and the Battle of Rorke’s Drift. He encounters Disraeli, Lincoln, Lola Montez, Bismarck, Florence Nightingale and Oscar Wilde (“an overfed trout in a toupée”). He tries to bed every woman he encounters, and succeeds 480 times by book ten.

One of the delights of Flashman is that whenever he introduces a character too extraordinary to be true, such as Ranavalona, the wicked Queen of Madagascar, or Frank Grouard, the half-Polynesian Mormon scout adopted by Chief Sitting Bull, they turn out to be real. Flashman’s part in the Charge of the Light Brigade is entirely accidental, yet his account of that debacle is meticulous in its detail.

Flashman even encounters Henri Blowitz, the legendary Paris correspondent of The Times, and helps him obtain a copy of the Treaty of Berlin for publication in this newspaper — a scoop Blowitz achieved in reality in 1878.

Since Flashman is wholly immoral, the reader believes every word he says; his shameless honesty makes him a perfectly reliable narrator, the only unreal character amid genuine history. PG Wodehouse, one of the few other British novelists to create a complete fictional world, recognised a kindred spirit in Fraser: “If ever there was time when I felt that ‘watcher-of-the-skies-when-a-new-planet’ stuff it was when I read the first Flashman.”

Flashman is capable of profound insight. His summary of Britain’s attitude to the Crimean War is hilarious, but pinpoint perfect: “Well, here we are, the French and ourselves, at war with Russia, in order to protect Turkey. Ve-ry good. What shall we do, then? Better attack Russia, eh? H’m, yes. (Pause) Big place, ain’t it?”

He is also right that luck and accident often play a bigger part in shaping events than the vast impersonal forces that historians seek to impose on them in hindsight. “In my experience,” Flashman sagely observes, “the course of history is as often settled by someone having a belly-ache, or not sleeping well, or a sailor getting drunk, or some aristocratic harlot waggling her backside . . . ”

At a time when historians are furiously debating the costs and benefits of British imperial rule, Flashman offers a surprisingly balanced voice.

Fraser liked to sound like an apologist of empire — “the greatest thing that ever happened to an undeserving world” — but he was conscious of the cruelty as well as the glory. His novels convey in unsparing detail the horror of the slave trade, the wanton destruction of the Summer Palace in Peking in 1860 and other crimes of empire. Flashman treats other races as inferiors, but evinces real respect for those such as the Afghans and the Zulus who resisted conquest. That, too, chimes with the reality of Victorian thinking.

Fraser’s drunken, womanising, sexist, semi-racist, imperialist hero was intended to offend delicate modern sensibilities. In today’s hyper-sensitive world few publishers would touch Flashman, with his derogatory epithets for blacks and Chinese and unquenchable satyromania. John Updike once described the Flashman books as “cheerful potboilers”, and noted that “to keep his pot boiling, Fraser keeps tossing fresh female bodies into it”.

But his very lack of political correctness is all part of Fraser’s glorious lampoon of Victorian pomposity and hypocrisy, pointing out that beneath the stuffed shirts of moral probity humans were just as selfish, scared and lascivious then as they were in any other age.

In 1969 a few reviewers were fooled into believing that a set of memoirs really had been discovered in a tea chest during a sale of household furniture in Leicestershire. One compared this literary trove to the discovery of Boswell’s diaries. Even today, people crop up believing that Flashman is fact, not fiction.

There could be no better tribute to a born liar, a product of pure invention, and a truthful teller of history. 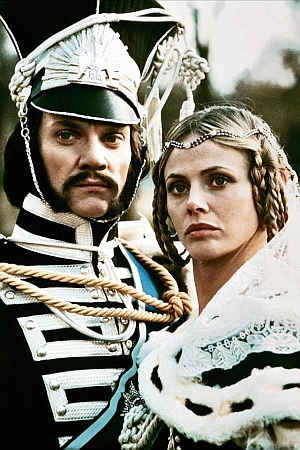 Book Reviewer
I'd give you a funny too.
​
Emsdorf and victory!

It's a good, if obviously short, review of the whole set. "...more imaginative and truthful than many scholarly works." - which as MacIntyre says, "... In today’s hyper-sensitive world few publishers would touch..." I sometimes wonder exactly what is left out of the history lessons for today's youth which would have been urgently impressed on my generation.
Funga safari. Leta Tusker na Talisker ngine. Juldi juldi.

Whiskybreath said:
It's a good, if obviously short, review of the whole set. "...more imaginative and truthful than many scholarly works." - which as MacIntyre says, "... In today’s hyper-sensitive world few publishers would touch..."
I sometimes wonder exactly what is left out of the history lessons for today's youth which would have been urgently impressed on my generation.
Click to expand...

Indeed.
In GMF's own words...
(The Light's on at Signpost)

The Lone Ranger, on the other hand, never even reached production, and while the weird vagaries of the movie industry, contractual foul-ups, etc., were to blame for that, political correctness stormed onto the scene, red in tooth and claw, at an early stage in the writing. I had given John Landis a script in which I had used a piece of Western history which had never been shown on screen, and which was as spectacular as it was shocking—and true.
The whisky traders of the plains used to build little stockades, from which they passed out their ghastly rot-gut liquor through a small hatch to the Indians, who paid by shoving furs back through the hatch. The result was that in short order, frenzied, drunken Indians who had run out of furs were besieging the stockade while the traders sat snug inside, and did not emerge until the Indians had either gone away or passed out, leaving the little fort surrounded by intoxicated aborigines.
Landis was all for it—and then informed me that word had come down from on high that the scene wouldn’t do. It would offend “Native Americans”. Their ancestors might have got pieeyed on moonshine, but they didn’t want to know it, and it must not be shown on the screen. Damn history, in fact; let’s pretend it didn’t happen, because we don’t like the look of it.

In the nineties, a change began to take place. Reviewers, interviewers and commentators started describing Flashman (and me) as politically incorrect, which we are, though by no means in the same way. This is fine by me; it’s my bread and butter, and if Flashman wasn’t an elitist, racist, sexist swine, I’d be selling bootlaces at street corners.
But that, thank God, is as far as the British literary world goes in the direction of p.c.—an acknowledgement that it exists, no more. In America, it seems, the cancer has gone much deeper, as I discovered when I wrote a book called Black Ajax in 1997. It was based on the life of Tom Molineaux, a former slave in the US, who came to England in 1810 to try to wrest the heavyweight championship from Tom Cribb, was cheated out of the prize, and died after a rapid decline into drink and debauchery. ...in America it couldn’t even find a publisher at first; one described it as offensive, and seemed to think I was trying to make racist jokes, and only after much work by my agent was it taken on by a small publisher, who did well enough with it.
The answer, of course, was p.c. I had written the book in the first person, or rather persons, using witnesses such as Cribb himself, William Hazlitt, various English pugilists, and other voices, real and fictitious. They told Molineaux’s story, and since they were pre-Regency Englishmen for the most part, their language and attitudes, being of their time, were politically incorrect, to say the least.
American publishers could not see beyond the awful words and racist behaviour; no use to tell them that this was how it was, and that any historical novel which pretended otherwise would be false and useless.
But even if they understood that, and that a writer either presents historic truth or fails in his duty, they were still in the grip of p.c., and victims of what I believe is nowadays called “denial”. They knew the book was true, but they didn’t want to believe it, because of this ridiculous obsessive guilt that they seem to have about their country’s past, with its slavery and cruelty and exploitation and oppression of black people; they would rather forget that, or pretend it was different, and so they chose the easy road, and just ignored it.

Over twenty years ago GMF read the hollywood history of the world for radio scotland. A five part series worth seeking out, he wrote some fine prose.
Welcome to the club Mr Ennis
You must log in or register to reply here.