Saw Vice Squad at the Black Bull on Sunday. A good crowd and a powerful set, ending as per with Last Rockers. It was over by 8.40pm. In the main bar, later, Beki and guitarist Paul joined me and my mates for a few drinks and a chat. By midnight, I was off home.

I recently got this book. Punk Snot Dead by Kerrang writer, Morat. I met him in 1982, at a Damned gig at London Lyceum. I used to see him occasionally at other London gigs and a cupla GBH gigs in Stoke and Brum. The book is not too far dissimilar to my own youth, with hitching, jibbing and blagging into gigs all over the country. I wasn't at any of the gigs here, but have been to quite a few of the venues he mentions, including London 100 Club, Marquee, Lyceum, Hammersmith Klub Foot Manchester Apollo, and Bath Pavilion. I was meant to go to the Manchester Damned gig, but was late coming home off holiday, although two of my mates did go. 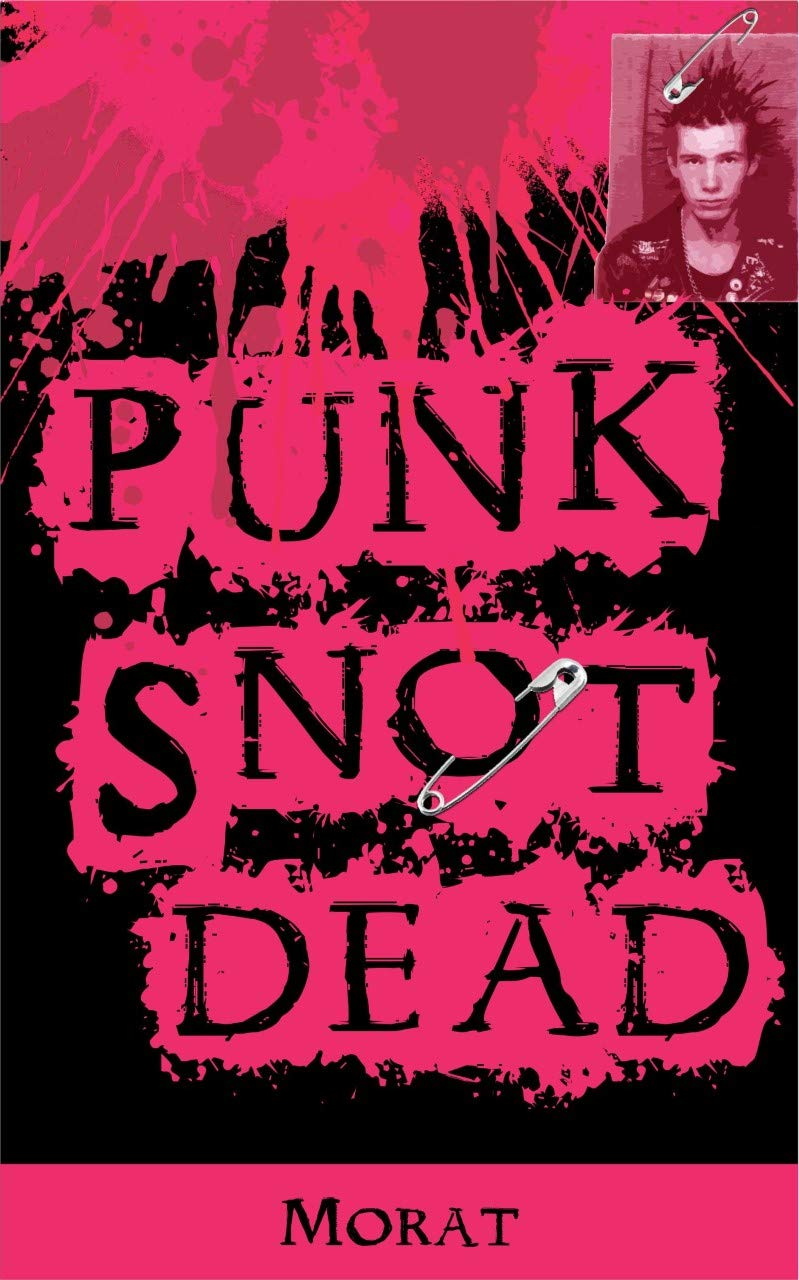 Morat was in a band called Soldiers of Destruction, and did a few supports at the 100 Club, Skunx and the Klub Foot to the likes of GBH, Peter & Test Tube Babies and UK Subs. They never released any records, although I have a cupla bootleg tapes.
NULL

Out of interest when did punk end and post punk begin?
Join me at Torn-City - Massively multiplayer online text based RPG , meet interesting people and put them in hospital

There is no such thing as post-punk. It is just pop music all dressed up trying to be edgy.
NULL

Rigid Digits have two gigs this weekend.
Sunderland Peacock on Saturday at 9pm, and Newcastle Star on Sunday 5pm start. 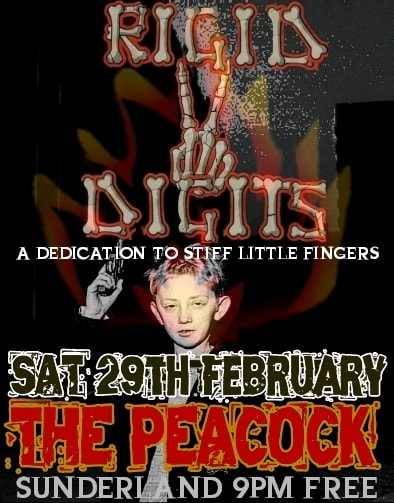 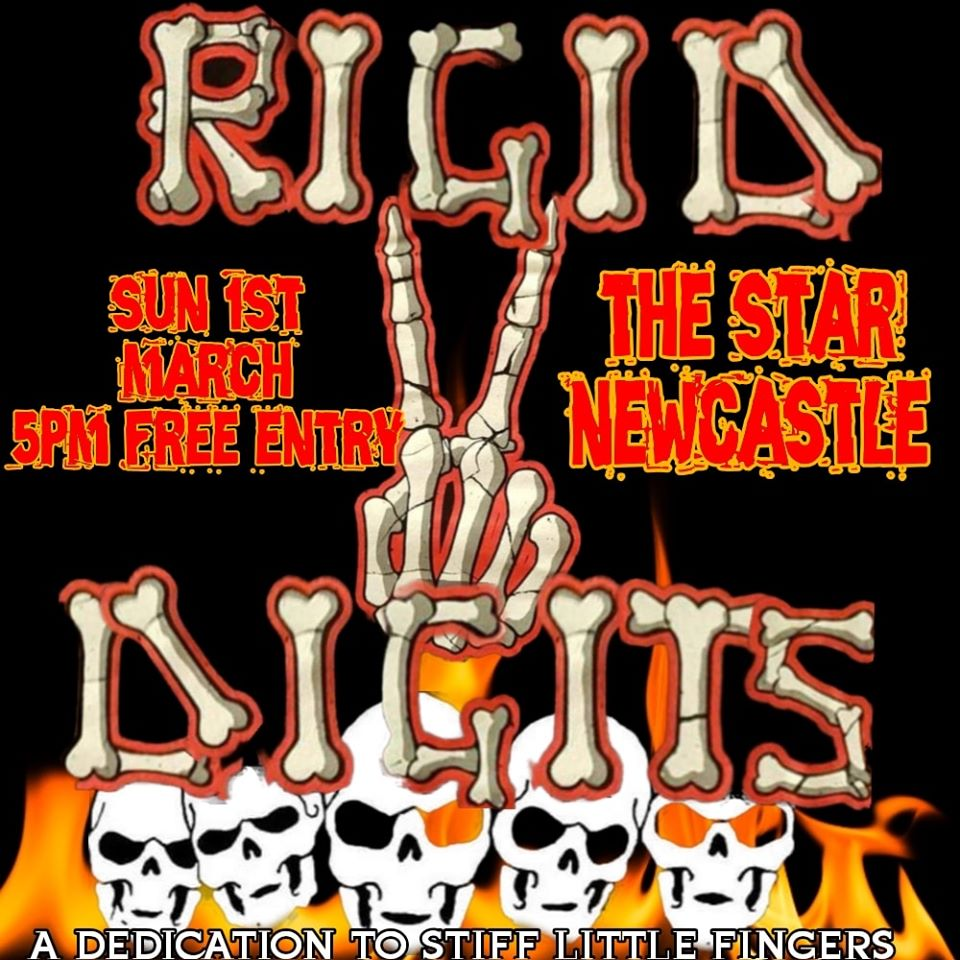 The Stiff Little Fingers gigs next week at Glasgow Barrowland and Troon are postponed due to Covid 19.
NULL

SLF gig at Newcastle O2 Academy this Friday is now postponed. So is the UK Subs at Darlington Forum on April 11th. SLF tickets are still valid for the new date whenever that is. The UK Subs will play Darlo next year, but get a refund. I hope Rebellion is still on in August.
NULL

One of the Geordie Punks has texted me to say that all the UK Subs Spring gigs are off, due to Charlie having a respiratory problem, after their recent European tour. Lets hope for a speedy recovery.

The Steve Ignorant and the Rezillos gigs in Newcastle are off.

I can be a bit of a shitbag at times. As I was pissed off about the Stiff Little Fingers gig being cancelled as well as everything else, I decided to have a bit of fun at other people's expense. I know that Jake Burns was stranded in England, unable to fly home to Chicago, and that he was in Newcastle on Monday. As a former resident of Newcastle and a Toon fan, its a fair to middling chance he will stay there til he can get home.

I texted a few of my mates, both in Tyneside and back in Wolvo and nearby. Jake Burns was gonna do a solo gig at the Black Bull, with member of Rigid Digits as his backing group. By the time I had sent these messages it would have been too late to get to the Black Bull, as I didn't want any wasted journeys. I did have a Geordie Punkette bite a bit. Not as much as she did a few years earlier.

A few years ago, former Headhunter, Chubby Chris died. Better known as Chris Henderson, former singer of Combat 84. The same day, Chelsea were away to Newcastle. A 1730hrs kick off, and after the match, just the right time for the Chelsea firm to head across the bridge to the Black Bull where fictional tribute band Combat AT4 were doing a Chubby Chris memorial gig. Or so the same Punkette thought, when I texted her. She actually rang me up to ask about it. She had such baited breath, I thought she was gonna have kittens.
NULL

Not sure Punk has ended, try Frank Carter and the Rattlesnakes, likewise Ska with the interupters...both great live acts.

Stop worrying about the Corona virus.
If your immunity system can survive anything nasty lurking in the bogs at Birmingham Mermaid or Cedar Club, Leeds Adam & Eves, Oldham Oddies, or London 100 Club, it can certainly survive anything China can throw at us.
NULL

Seems Rigid Digits played the Three Tuns at short notice on Friday. Looks like the joke was on me. 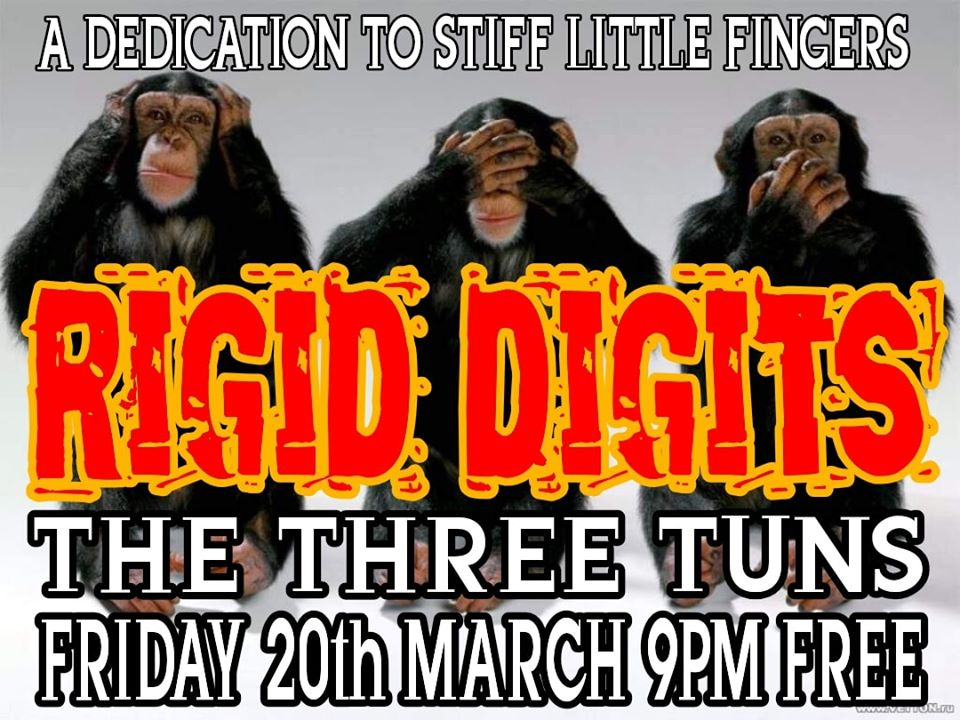