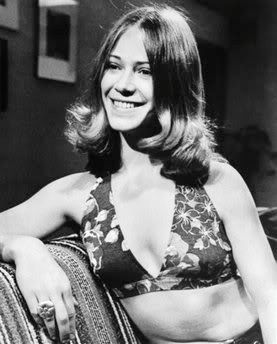 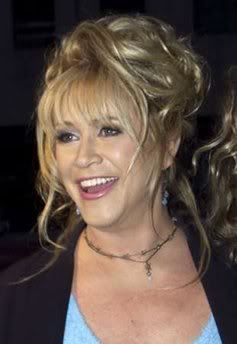 All my heroes of my youth are passing away from the scene!

I will never forget you, my little passion flower, in "Behind the Green Door." I didn't understand though why you made the movie "Rabid" - I thought it was a low budget horror film that was made watchable only for your scenes in it. Sniff. That's all right though. I forgave you that one miss for all the other pleasure films you made during your career such as "Inside Marilyn Chambers".

LOS ANGELES â Marilyn Chambers, the pretty Ivory Snow girl who helped bring hard-core adult films into the mainstream consciousness when she starred in the explicit 1972 movie "Behind the Green Door," has died at 56.

The cause of death was not immediately known. A family friend, Peggy McGinn, said Chambers' 17-year-old daughter found the actress' body Sunday night at her home in the Los Angeles suburb of Canyon Country. Chambers was pronounced dead at the scene, the county coroner's office said Monday.
.
Chambers and fellow actresses Linda Lovelace and Georgina Spelvin shot to fame at a time in the early 1970s when both American social mores and the quality of hard-core sex films were changing.

For the first time, films like "Behind the Green Door" and "Deep Throat" (also released in 1972 and starring Lovelace) had decent acting and legitimate if fairly thin plots. As the audiences for them grew to include couples, they also began to take on higher production values and to be seen in places other than sleazy theaters.

But "Behind the Green Door" brought something more in Chambers, an attractive young woman who had begun her career as a legitimate actress and model.

While the film was still in theaters, the public learned that its star was the same young blonde smiling and holding a freshly diapered baby on boxes of Ivory Snow laundry soap (which the company touted as "99 and 44/100 percent pure"). The manufacturer quickly replaced her, but it was later discovered that she also had a small role in the 1970 Barbra Streisand film "The Owl and the Pussycat."

"She was the first crossover adult star. She was the Ivory Snow girl and when she decided to make an adult movie that was big news," Steven Hirsch, co-CEO of adult filmmaker Vivid Entertainment Group, told The Associated Press on Monday.

"It was the first adult movie that was more than just a bunch of sex scenes," Hirsch said of her breakthrough film. "She was an actress and she brought that ability to the set of 'Behind the Green Door.' That's part of what made that movie so successful."

In an online chat with AdultDVDtalk.com in 2000, Chambers attempted to explain what caused her to take such a radically different career path after "The Owl and the Pussycat" and her modeling work.

"Back then in my naive brain I was thinking that something like 'Behind the Green Door' had never been done before and the way our sexual revolution was traveling I really thought it was going to be a stepping stone which would further my acting career," she said.

She learned afterward, she said, that wasn't the case.

"There will always be a stigma on people who do adult films," she said. "It's unfortunate that that's the way society has made it."
She followed "Green Door" with the hard-core films "Resurrection of Eve," in 1973 and "Inside Marilyn Chambers" in 1975.

Then she announced in 1976 that she was giving up adult films to pursue other interests. She starred in the 1977 horror movie "Rabid" and put together a song-and-dance show that played Las Vegas and elsewhere.
She returned to adult films in 1980 in "Insatiable" and through the rest of her career went back and forth between explicit movies and R-rated ones.
"She was a pioneer, and an amazingly secure woman. I admired her for being at the forefront of an industry that was so taboo when she started," said Jenna Jameson, currently one of the industry's biggest stars.

Hirsch noted that one of the most striking things about Chambers' career was its longevity in a business where stars quickly fade. She still has a photo gallery on the Web site Adult Video News and the Internet Movie Database credits her as recently completing a film called, "Porndogs: The Adventures of Sadie" with Ron Jeremy.

Although Chambers was quick to point out in 2000 that she had done more R-rated films that X-rated ones, she made no apologies for the latter.

"I have to say that the adult films have been a total pleasure," she said. "They were like getting paid to live out my greatest fantasies. The rest of the stuff ... sometimes got to be a real grind."

Chambers, born Marilyn Ann Briggs, on April 22, 1952, grew up in Westport, Conn. She got her start in adult films after answering an ad placed in a San Francisco newspaper by pioneering adult filmmakers Jim and Artie Mitchell.

Married and divorced three times, she is survived by her daughter, McKenna Marie Taylor; her brother, Bill Briggs; and her sister, Jann Smith. 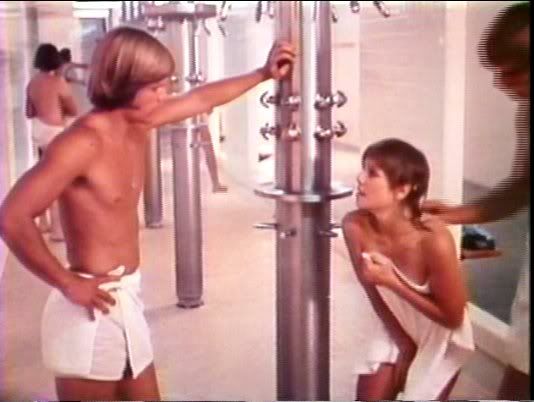 RIP...Many a wnak over her films and books......gosh....I may even bang one out for old times sake in her memory!
[SIGPIC][/SIGPIC]

Looking at the above pic in the towels, you just know she got a dam good spit roasting off those guys lol
"If you dont ask, you dont get" !

Book Reviewer
Who hasn't seen 'Behind the Green Door'? It was before my time, but still considered classic grot viewing.
Want to play TORN?

We shall meet again in Valhalla; sincere condolences to friends, family and all who gave her one.

.
On a cold winters night in Belfast I became aquainted with an egg banjo.....
P

I heard it was a sperm overdose!
E

Rabid was brilliant you heathen!!

And was George Osborne in it?
the tigers of wrath are wiser than the horses of instruction

shame...R.I.P.
Mr. Chard Sir! Patrol has come back, Zulus have gone, all of 'em. It's a miracle! If it's a miracle Colour Sergeant, it's a short chamber Boxer Henry, point 45 caliber miracle. And a bayonet Sir! With some guts behind it!

In fact, now I think about it, does anyone know where I can get a shovel?
Once during a fever I remembered that when a European is dying, there is usually some sort of ceremony in which he asks the pardon of others and pardons them. I have a great many enemies, and I thought, what should my answer be if some modernized persons should ask me my views on this? After considering it, I decided: Let them go on hating me. I shall not forgive a single one of them.

Google is your friend, and so is the arrse search function.
P

If you count being kept off the Number 1 spot by Fun Boy 3 then I would say yes.

"Well, you can't act when you've got a fist up your butt" 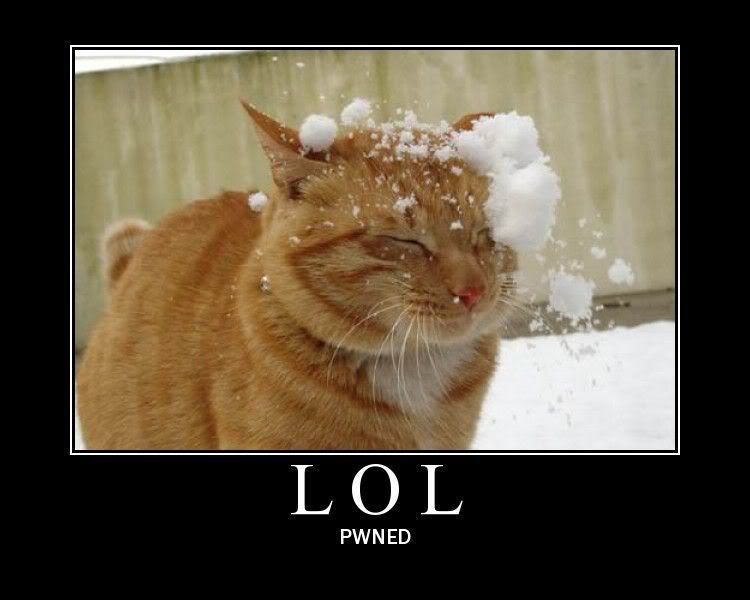 So some girl is upset Marilyn Manson groomed her when she was 18, er least of your worries.
2