Good job the Waltenkommando weren't around in this bloke's day. Here he is sporting both an Iron Cross and a Victoria Cross. All he needs is a SAS beret to complete his outfit. 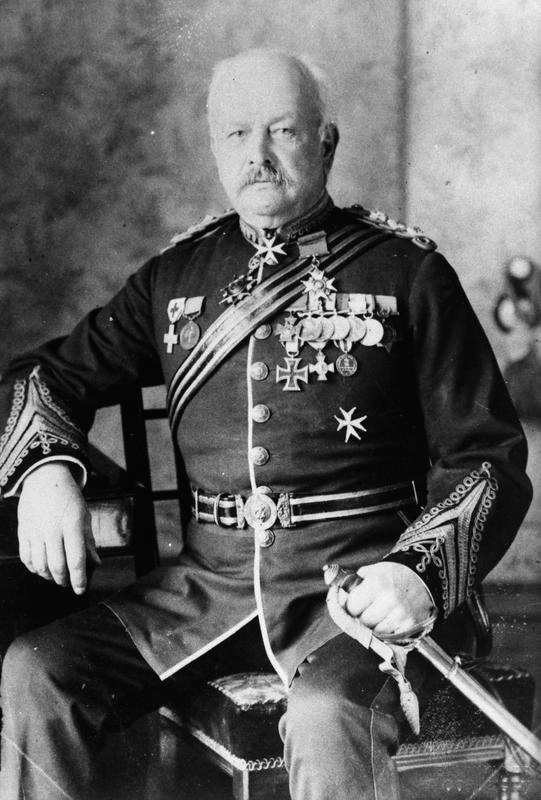 Or so it would seem ......
ArRSe is the Hotel California - You can log-out any time you like, but you can never leave! 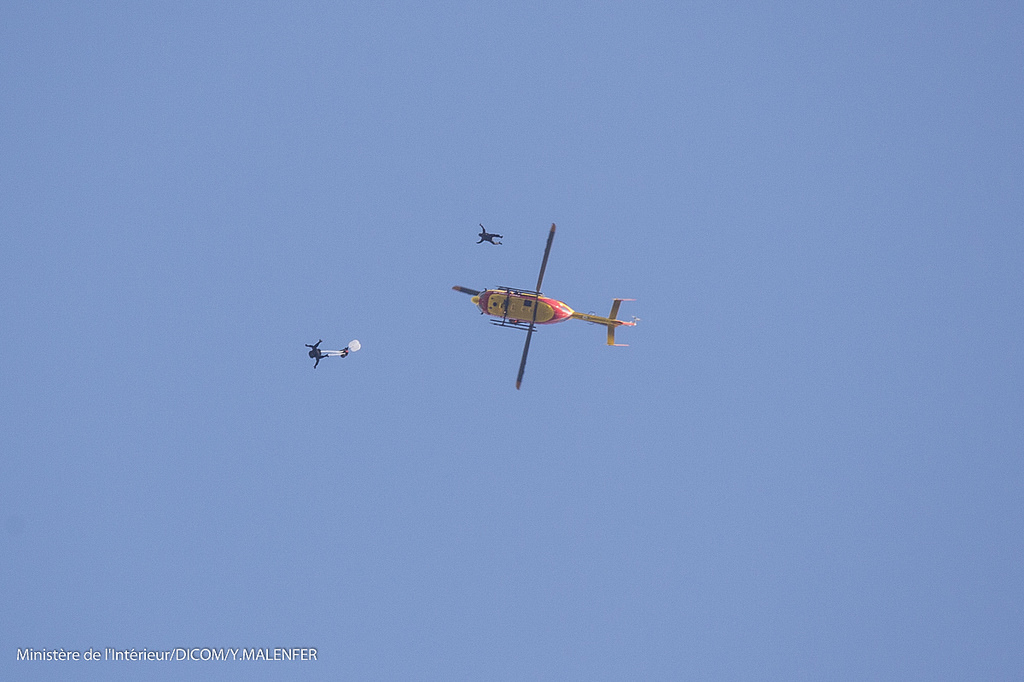 Jumping from a Protection Civile helicopter 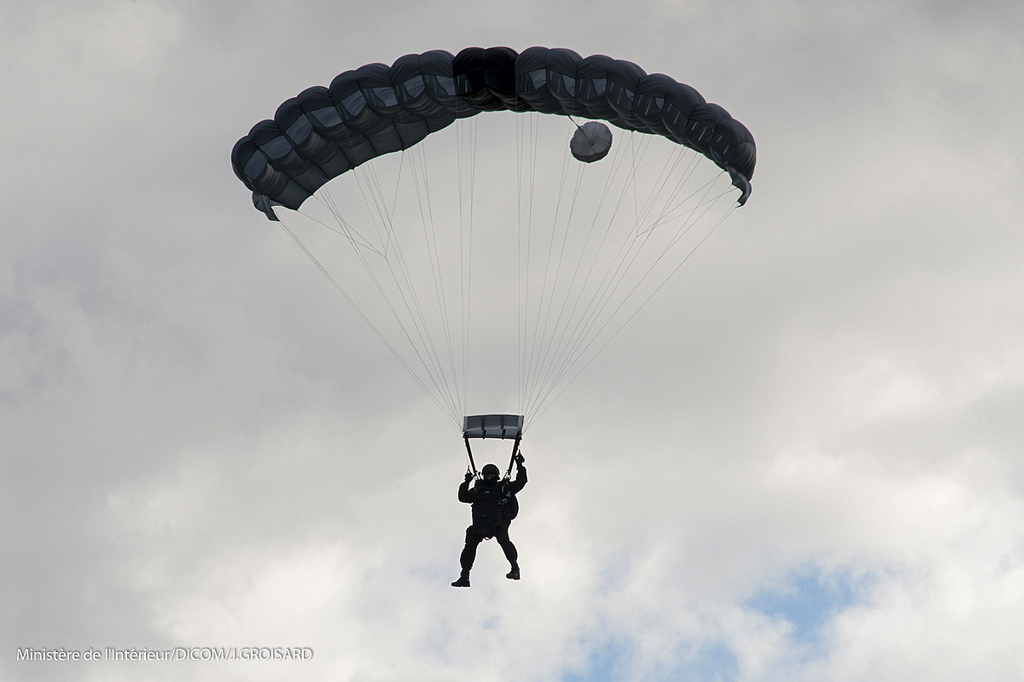 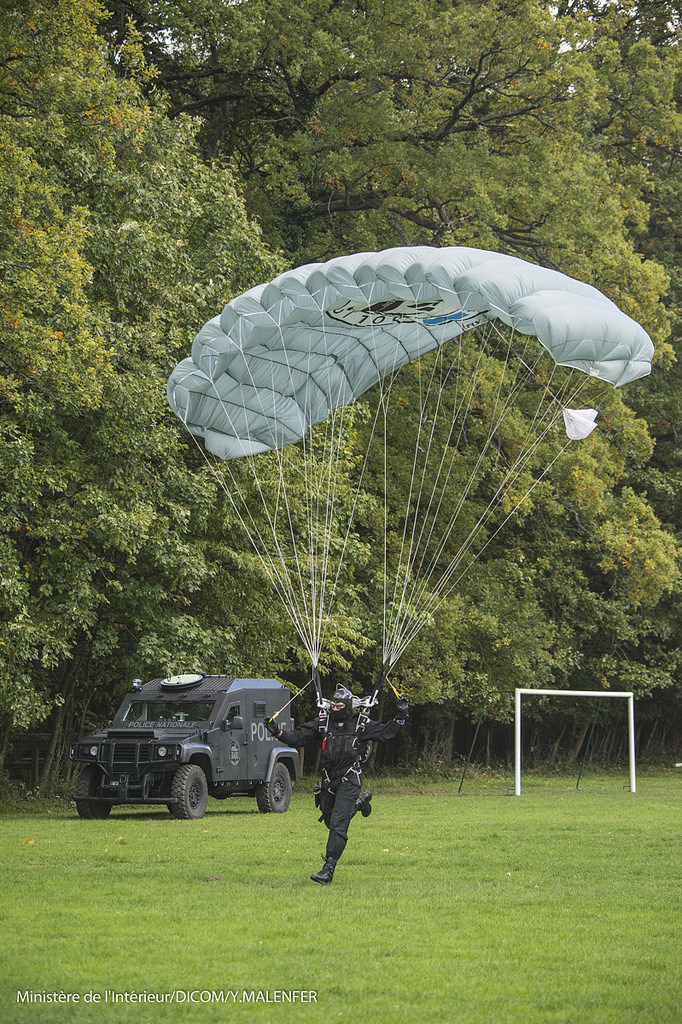 (Behind, a RAID PVP armoured vehicle) 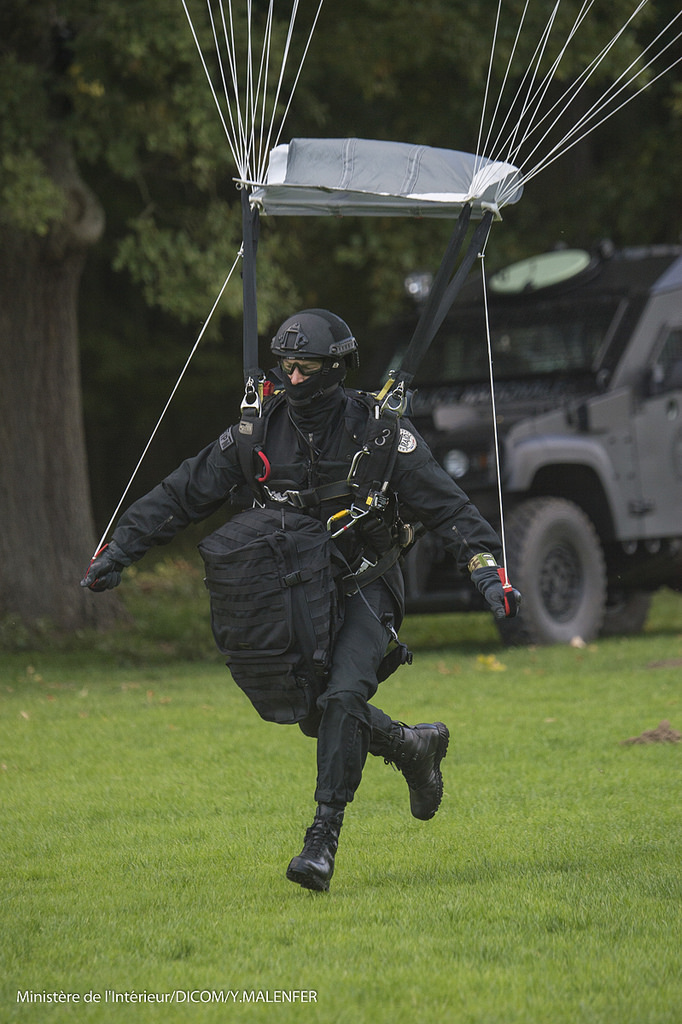 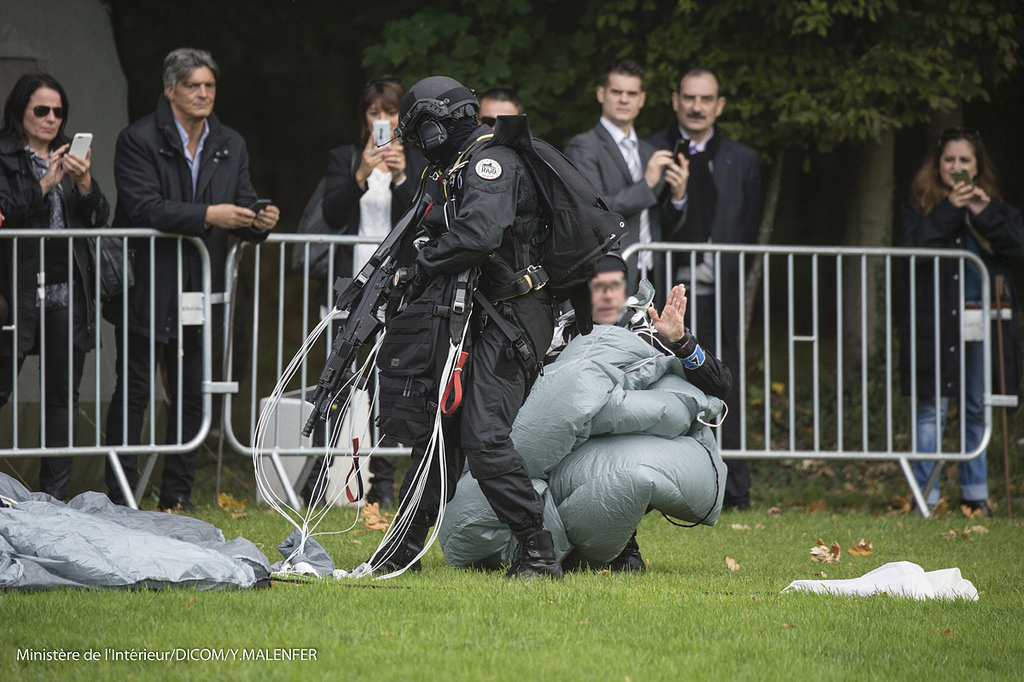 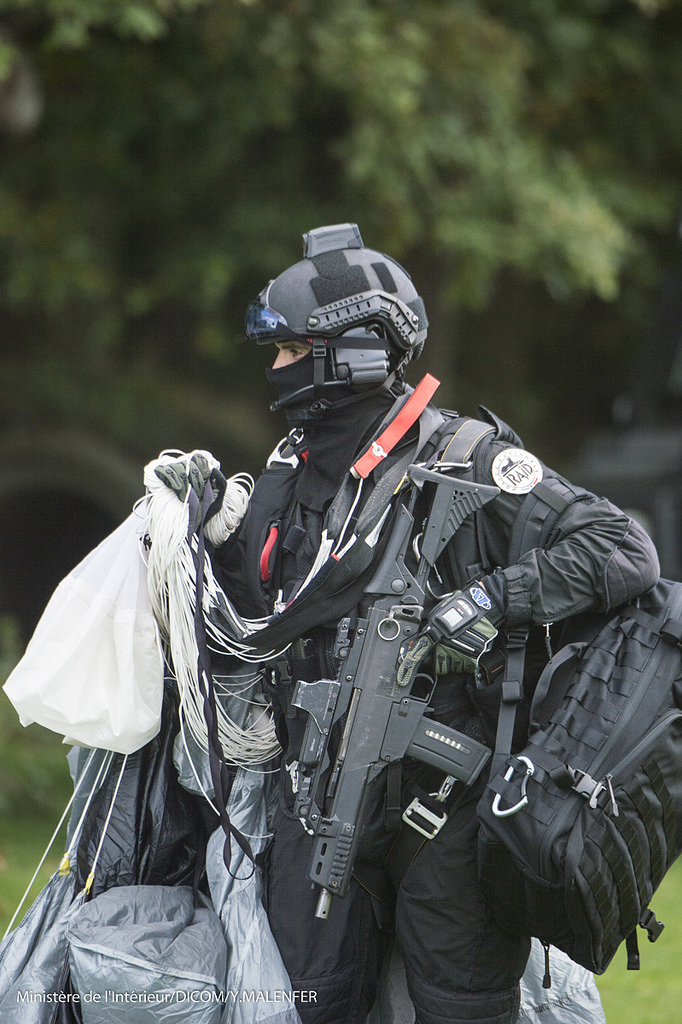 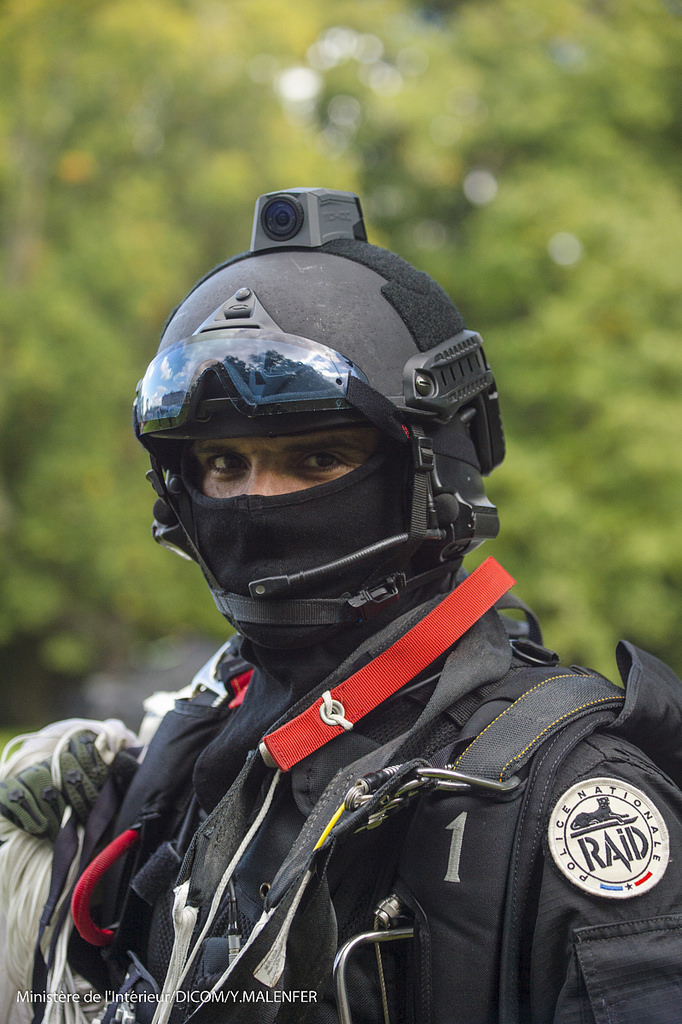 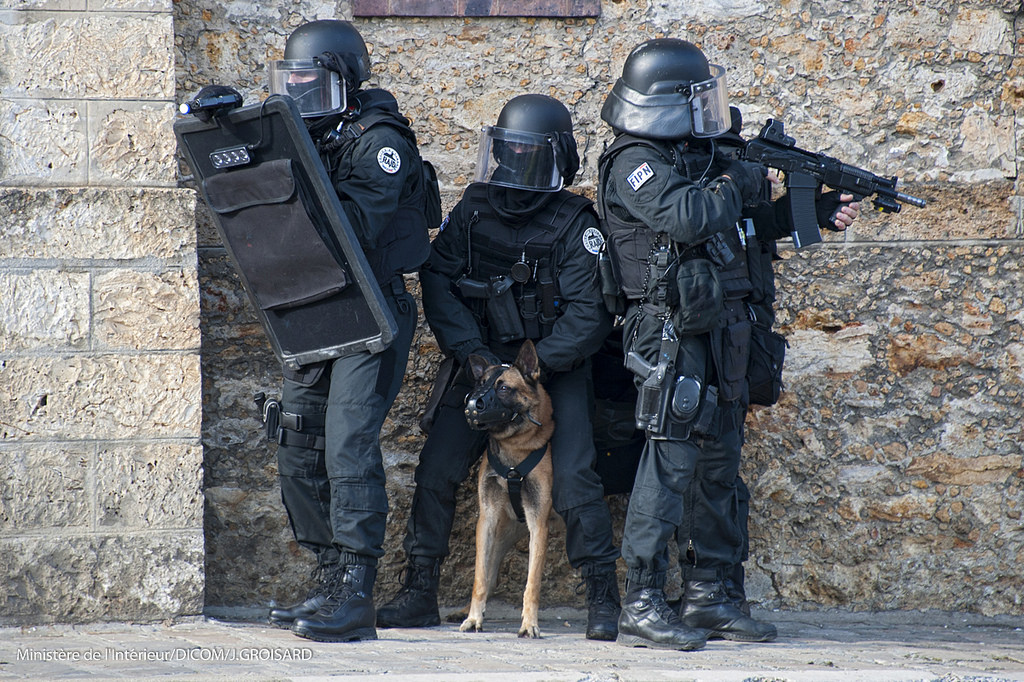 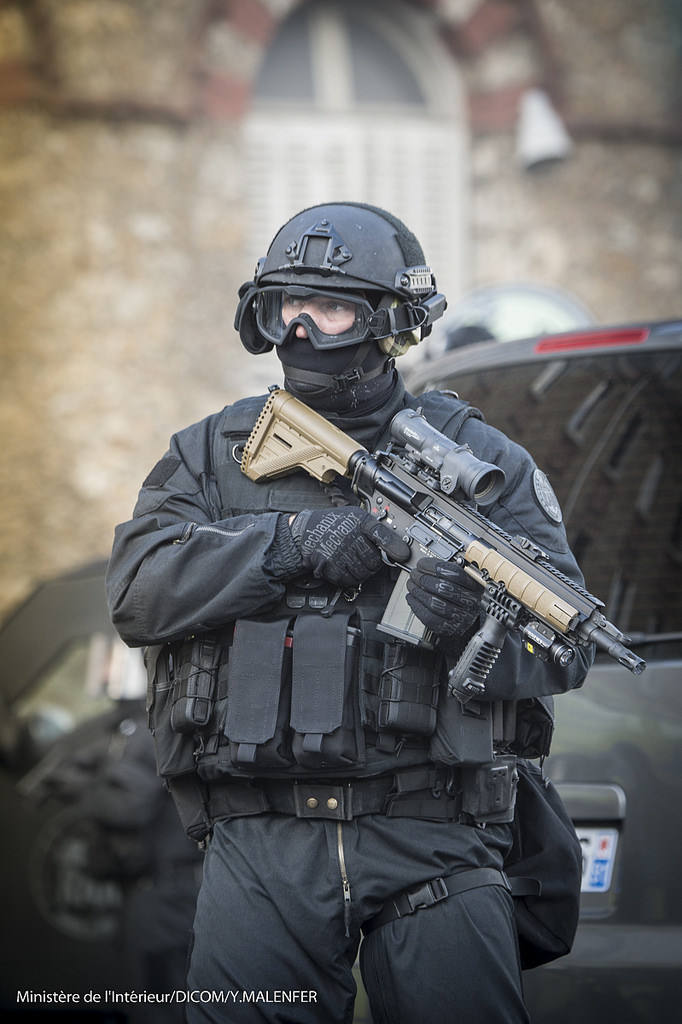 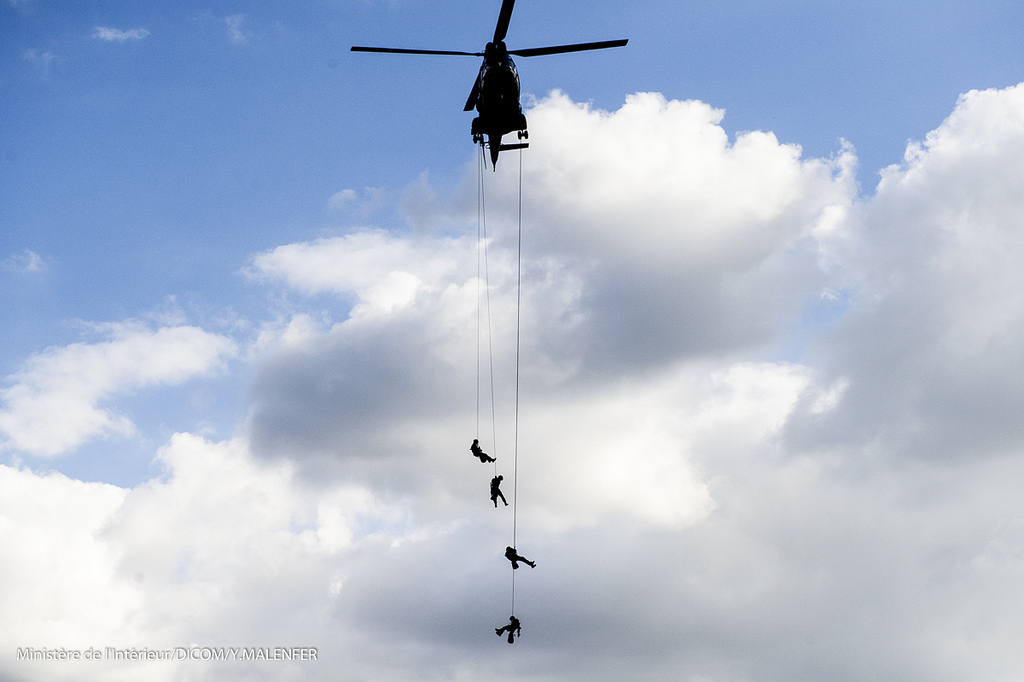 These chaps probably started their descent at the same time this thread was posted
Mum and dad smothered me then put me in a hole.......please help find me - MC -Prai da Luz.

Strongbow said:
Hi All.
Nice article Fantassin. No UK police forces are permitted to wear to military badges. They are premitted to wear awards and decorations whilst in NO1s and Ribbons on their NO2s. Para wings etc are a p*ss take, you know aht Paras are like.... I had an old friend who served in the Met and he said that he had friend who used to wear an Iron Cross during the 70s...on night shift!
Click to expand...

Needle_Point said:
OK if we must, if we really must.

Sod the CRS and all that continental rubbish. You want a lot that will keep order? Bring back this bunch! 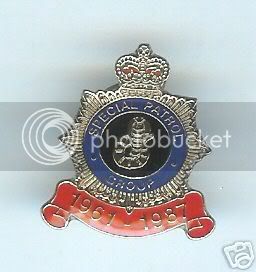 The SPG, the Met's trusted warriors....

I love the Wikipedia entry which starts with the sang froid opening "The Special Patrol Group (SPG) was a controversial unit of the London Metropolitan Police".

Special Patrol Group - Vivian's Glaswegian hamster!
I won't retire, but I might retread.

The-Daddy said:
I think the only ones in the Met wearing "wings" would be WPCs

Well senior officers in the Met most definitely flap at an alarming rate!

Last edited: 12 Nov 2015
In the beginning the Universe was created. This has made a lot of people very angry and has been widely regarded as a bad move.

There is a wide variety in what uniform is worn by police - for example my force wear black wick shirts for everything except court or duties in HQ, then it's white shirt and tie - other forces routinely patrol in white shirts. The rule about only issued kit being used is largely ignored and most officers have gone for their own kit carrying vest as the belt gear issued is uncomfortable in cars. The issued hi-vis vest is short of pocket space and the sleeves snag, though one of the local tailors is doing a good trade in sleeve removal for £10. Regulars are not issued boots so there are various makes in use, though Specials are issued Hi-Tec Magnums (not bad, though if it's really cold/wet I go for my ex-issue cold weather boots)

Regarding ribbons, occasionally I've seen ribbons on the short blouson black tops or on white shirts, but it's not common here. In my last job with the Mob, I had regular meetings with TVP and many of their officers wore ribbon bars on their stab vests or tac vests. I have a pin on ribbon bar, but haven't seen the need to put it on yet though I might in semi formal settings (being a Special I'm not issued a tunic).
They shall mount up with wings as eagles.

Random_Task said:
Spoke to a chum of mine last night who was in the Met Police in the 70's/80's.

He mentioned that some ex Para types serving on the force would sometimes wear their wings, however they would wear them above the breast pocket of their tunic.

Also, there was a force in the South West (can't remember where) who's senior man was ex forces (and ex para-I think), he also apparently encouraged the wearing of wings.

Has anyone else come across this? or is my mate telling me porky pies?
Click to expand...

My force allows one pin type badge on your body armour, as long as it is not contentious or overtly political.

I wear one of these, made by a REME armourer who posts on here occasionally.


Wets
And on the 7th day God created the Para Cdo and the Devil stood to attention.

Bozo Johnson has a very casual relationship with the truth.

sandmanfez said:
I know a copper who between terms at uni, used to work for Billy Smarts circus. In recognition of the fact, Thames Valley Constabulary let him wear his clown shoes, red nose and water squirter flower with his uniform.
Click to expand...

And there wiz I thinking that was normal plod attire.
Delivered by Speckled Jim, the tastiest carrier pigeon known to man

Gout Man said:
Well senior officers in the Met most definitely flap at an alarming rate!

Yep and with budget cuts they are just winging it these days......


I'll get me coat
It's all shits and giggles until someone giggles and shits!
D

Quite a lot of Thai cops wear wings but mainly they have only done balloon jumps. This link relates to the Border Patrol Police, which are a separate entity to the Provincial Police or 'normal' plod and quite professional. Thailand: Royal Thai Police Airborne Training

I always wondered why the immigration officials at BKK needed to be qualified parachutists. TY Simbo. 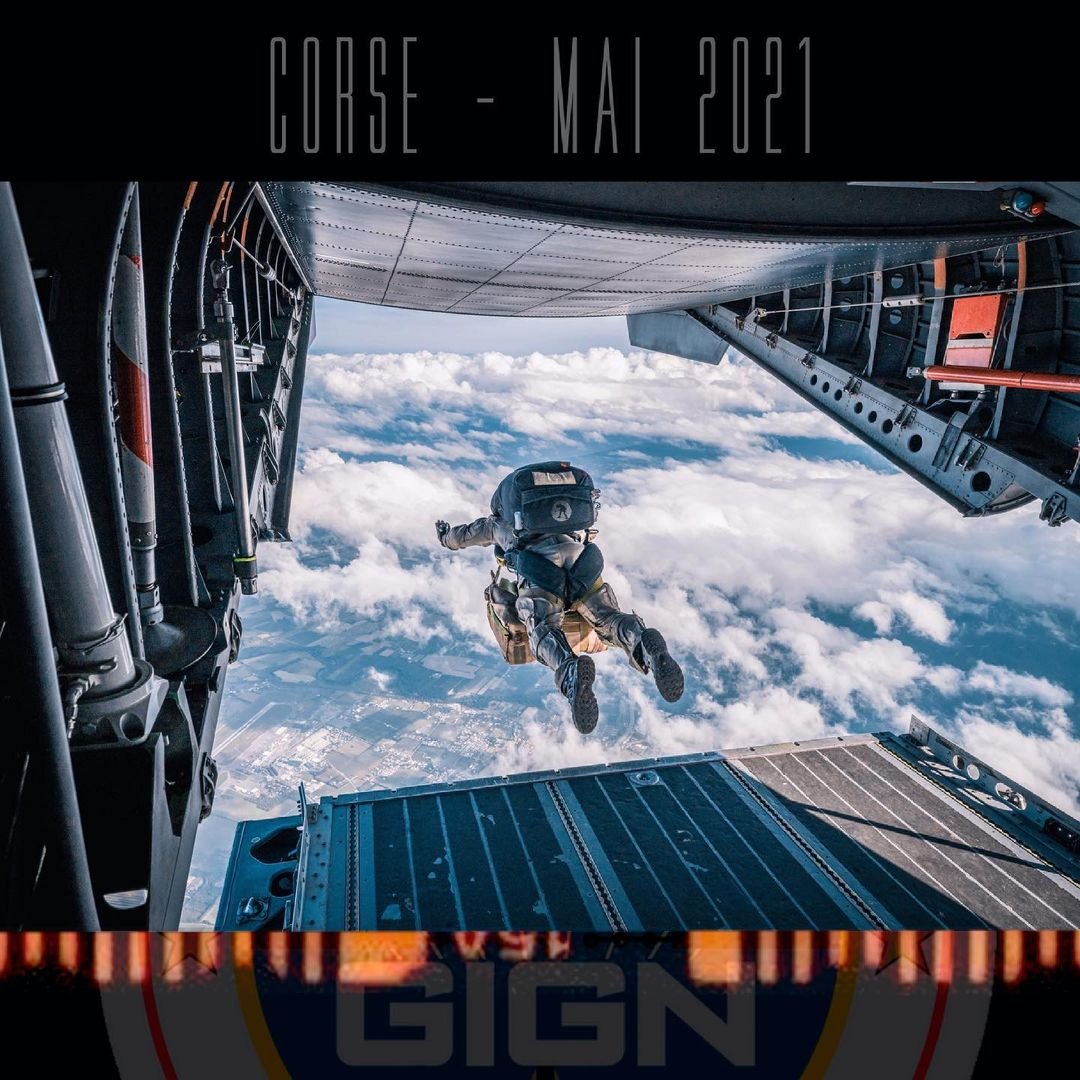 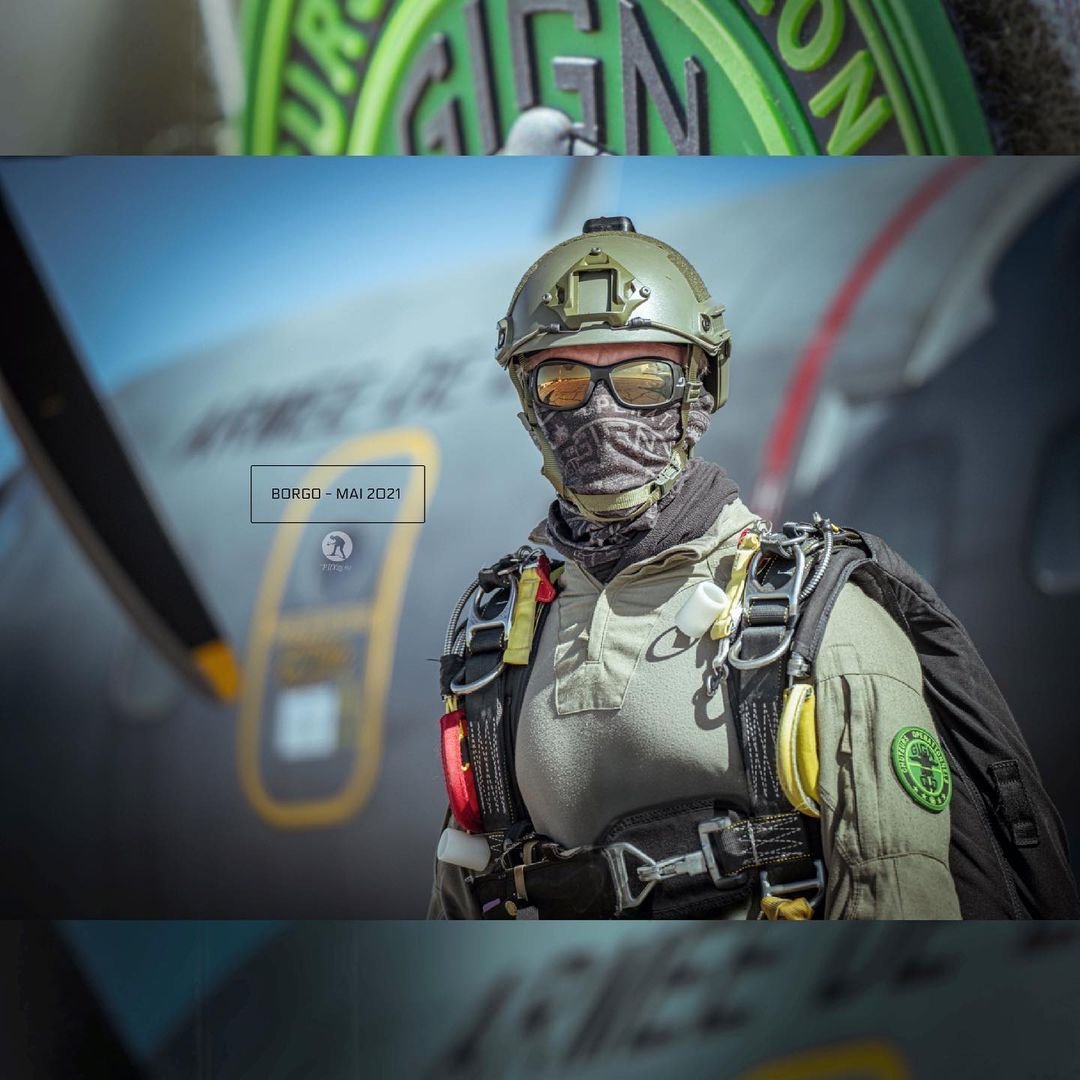 British Police not allowed to wear military qualification badges.
I pointed this out on on 'Rum Ration' when the below photo appeared of a serving Insp at a Service funeral wearing his summariners qualification dolphins. They nearly lynched me...... Dress regs are dress regs..... 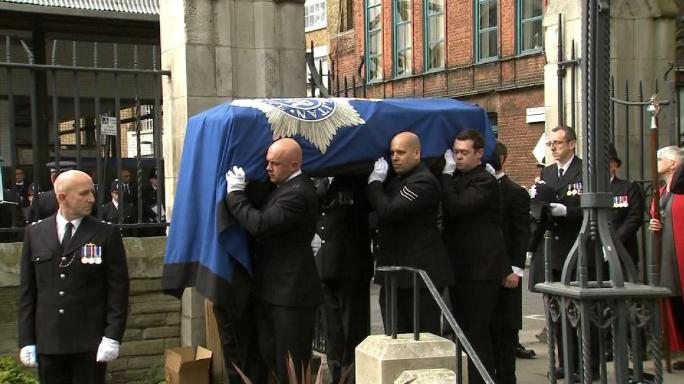 “There are only two kinds of people that understand Marines: Marines and the enemy. Everyone else has a second-hand opinion.”​

So you asked his Command and they told you he was out of Regs…correct?
Good for you.

What absolute rubbish! Any fool knows they would be wearing light bulbs.
Accidental_discharge
Pnouns; What are you looking at?/Biscuit Barrel/You spilled my pint ya bazztard!

There was an article in Pegasus magazine several years ago, with a photo of 2 police officers ( high ranking officers ) both wearing bullion Para wings on their tunics along with medal ribbons both were ex British Airborne Forces

skymacuk said:
There was an article in Pegasus magazine several years ago, with a photo of 2 police officers ( high ranking officers ) both wearing bullion Para wings on their tunics along with medal ribbons both were ex British Airborne Forces
Click to expand...

Love to see that photo..........
“There are only two kinds of people that understand Marines: Marines and the enemy. Everyone else has a second-hand opinion.”​

arcticfox042 said:
British Police not allowed to wear military qualification badges.
I pointed this out on on 'Rum Ration' when the below photo appeared of a serving Insp at a Service funeral wearing his summariners qualification dolphins. They nearly lynched me...... Dress regs are dress regs.....View attachment 581492
Click to expand...

I wonder what the response would be in the Met where officers are wearing LGBT badges and LGBT coloured boot laces?

Where does that leave dress regs?
It’s official. SPotY 2020 goes to our erstwhile hero of the RAF Regiment. Himmler74 is the site prick.

“There are only two kinds of people that understand Marines: Marines and the enemy. Everyone else has a second-hand opinion.”​

The Empire Strikes Back

The Elite Leadership Course: Life at Sandhurst by Garry McArthy