Pistols Hot or Not-Show Us Yer Kit (real or for those in England, imagined)

Stonker said:
I dunno what it is, but it looks close enough to one of Ma Browning's lovely Belgian offspring that I want to get my oily hands on it and see what it can do.

Moderator
I had a BDA in .380 for a few months, a lovely pistol indeed.
So long and thanks for all the laughs
https://280british.blogspot.com/

G'day folks.. I know I am not a regular contributor to these pages, but I have run out of longarms to fettle, and am reaching the bottom of the barrel, and its an airgun! The Horror..

In mitigation, it is at least a classic piece and came to me in bits as a result of clearing out a mate's estate a few years ago! Its a reasonable early Walther LP 53, which is the gun Sean Connery was wielding the early James Bond posters..

I am beginning to get a bit paranoid about Walthers.. I fixed a Walther G22 rifle a while back and this is the same.. can't touch the design, but an absolute nightmare to work on... full of ikkle springs and tiny washers..

Anyhow, it took me all afternoon to reassemble the trigger mechanism.. I ended up making dummy shafts and all sorts to get it to go back in. Seems to work OK now.. 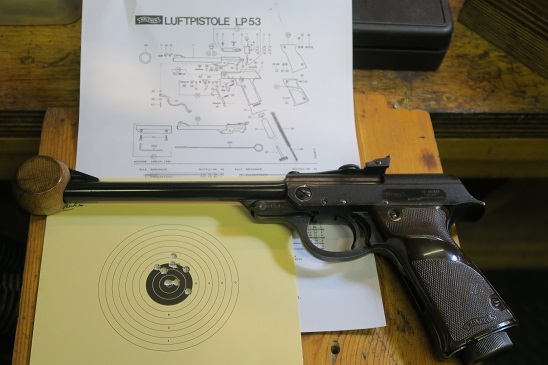 Next on the pile of bits is an early L series BSA air rifle in .177. Again the previous owner took it apart and left it strewn about. I have got the major bits, but I suspect I may have to make some screws and stuff.. The barrel looks ok internally, but is definitely on the chocolate side on the ourside. I will give it a steam and see how it looks.. maybe a candidate for a full rust blue..! 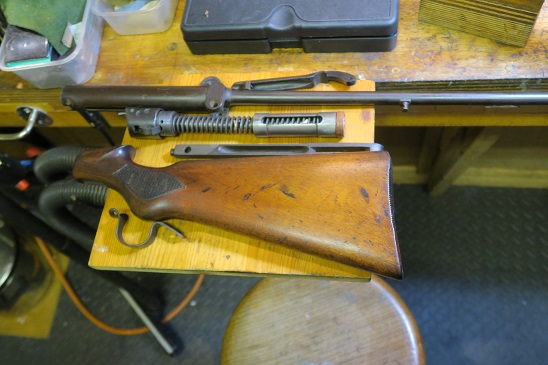 This is mine shooting 25 gr. Knockout slugs

Nasty, noisy things,, revolvers,, Count. Better stick to air-guns." Sherlock Holmes,
You must log in or register to reply here.