Bacongrills said:
All the new apartment builds are packed with immigrants, you won't hear any English spoken in them. There's people in pretty luxury apartments in Outer London like Uxbridge, West Drayton and Slough that are living in there 57 at a time sat on the floor huddled around a big pot of rice and sardines wolfing it down with their bate hands. If there wasn't a smoke alarm they would light up a camp fire in the middle of the living room and keep goats in the bedroom.
Click to expand...

So you have been in these apartments then?
"Nothing could be harder than the quest for fun, great strength and experience is required too; swollen bellies can embarrass you." Brecht

Chimp said:
So you have been in these apartments then?
Click to expand...

Yes I have, West Drayton, Yeiwsley and Wolverton are three huge apartment developments I've lived next to .

Bacongrills said:
Yes I have, West Drayton, Yeiwsley and Wolverton are three huge apartment developments I've lived next to .
Click to expand...

I live in West Drayton. I know exactly what you mean!
Anybody who listens to Boris needs professional help because he’s a big silly toff and Britain’s been listening to big silly toffs for years.... Sir Billy Connolly. STOP PRESS - Northern Biff is a Walt. He says he was in NI for two years. And yet he won’t say what he was in!

rgjbloke said:
I live in West Drayton. I know exactly what you mean!
Click to expand...

Actually inside and witnessed 57 people sitting on the floor of one?
"Nothing could be harder than the quest for fun, great strength and experience is required too; swollen bellies can embarrass you." Brecht

Chimp said:
Actually inside and witnessed 57 people sitting on the floor of one?
Click to expand...

Not exactly but West Drayton has undergone an enormous amount of development over the last five or six years. It’s all been private but the new residents are largely renters, not owners.

Crime has gone up considerably with mainly small gangs of youths looking for older people to accost in the evenings. Maybe I’m getting too old and infirm but for the first time ever recently, I wouldn’t actually risk trying to walk along the high street in the evening.

What hasn’t helped is that all the building development has been a massive overdevelopment. People are crammed together with in most instances, no amenities put in place such as somewhere for children to play or minimal parking not sufficient to meet the new demand and trying to get an appointment with any of the local Dr’s surgeries is turning into a local sport with people laying odds on the length of time you have to wait. Some of the roads on these new estates are not wide enough for two cars to pass each other and one has to pull over in a lay-by to let the other car pass by.

All the new developments are also all marketed as luxury standard and relying on the proximity to Heathrow and the soon to be completed cross rail project with it’s promised access to Canary Wharf in forty minutes, huge sums of money are being demanded by the developers and they are getting it as well.

That in turn means that renters are targeted to install as tenants because they all claim housing benefit to pay the owners mortgage payments. Those people who do own the property they live in are finding themselves in negative equity because of the economic situation.

West Drayton has been turned from a relatively pleasant outer West London suburb with a mixture of working class and middle class residents who have always peacefully and pleasantly co-existed and a mixture of industry providing jobs that have seen low levels of unemployment and a relatively thriving local economy into something resembling at least in parts of it, an almost ghetto like atmosphere.

The gig economy has attracted many people, mainly single people who do share accommodation and who can’t be too fussy about their living situation. I have heard of places where neighbours can’t keep track of just how many people are living at a single address. That’s encouraged by rogue landlords who couldn’t care less if they can get half a dozen people sharing a room in their property provided they are all cash payers. Multiply that per room in a three or four bedroom house and some serious money is being scammed in.

We almost moved to North Devon a couple of years ago. We were looking at somewhere around Bideford. The arrival of my new grandson stopped our plans. As you do, we help out with a few quid here and there but most importantly, we are free childminders for my daughter who is now a single parent since her divorce from her ex who has the deepest pockets and shortest arms of any father I know.

Apart from my time away in the mob, I’ve always lived around here. I’ve enjoyed it here. West Drayton has been a good place to be with it’s proximity to London and it just happens to be adjacent to transport links that can get your anywhere in the UK in reasonable time.

It’s a shame to see what they’ve turned it into now!

Anybody who listens to Boris needs professional help because he’s a big silly toff and Britain’s been listening to big silly toffs for years.... Sir Billy Connolly. STOP PRESS - Northern Biff is a Walt. He says he was in NI for two years. And yet he won’t say what he was in!

hackle said:
Target figures are standard for this kind of website. You'll find that when/if the 500 figure is exceeded a new target will appear. Nothing to do with the naivety of the proposer, although that may be a fact.
Click to expand...

robroy said:
The proposer of this seems a bit naive, the target figure of 500 is to say the least silly, given the number that it needs to achieve is way below that which the governement are required to sit up and take action on. In saying that it's an issue that needs addressing, forget the niavity of the proposer and put the power or ARRSE behind the issue.......VOTE. 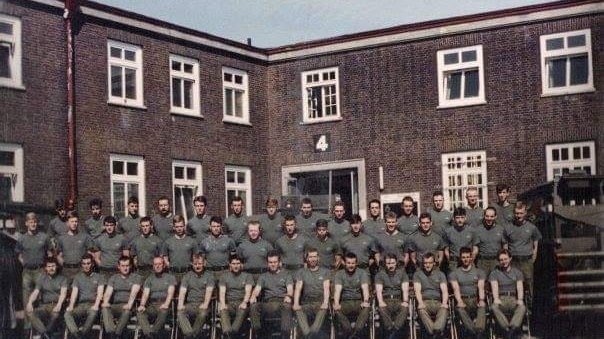 You'd have thought that being natively-British for at least three generations that their English would be a bit ******* better.

Fairly typical "alt-right" simplistic populism, with the standard dose of thinly-veiled racism. Why should someone get priority for a house because of a job they used to have, over someone with a greater need (eg a young family needing stability).

To be born English is to win first prize in the lottery of life.

Cecil Rhodes​
You must log in or register to reply here.