Having specifically asked for this book, I wasn't disappointed. I just thought it would be one of those uniform and weapon comaprison books that you seem to find around, but no.
The book describes battle events and the people involved as well as the weapons and uniforms worn by both Loyalists (Crown) and Patriots (Rebels).

To those of you who have seen The Patriot and possibly, the TV series Turn, some of the individuals mentioned in them are actually real. The Dragoons who seem to chase Mel Gibson around, The British Legion, under Lt Col Banastre Tarleton were actually as thuggish as portrayed in the film. As for Turn, Capt John Simcoe, in the book became a Lt Col, mentions are made of John Andre for the series too as the Patriots spy in chief in the book 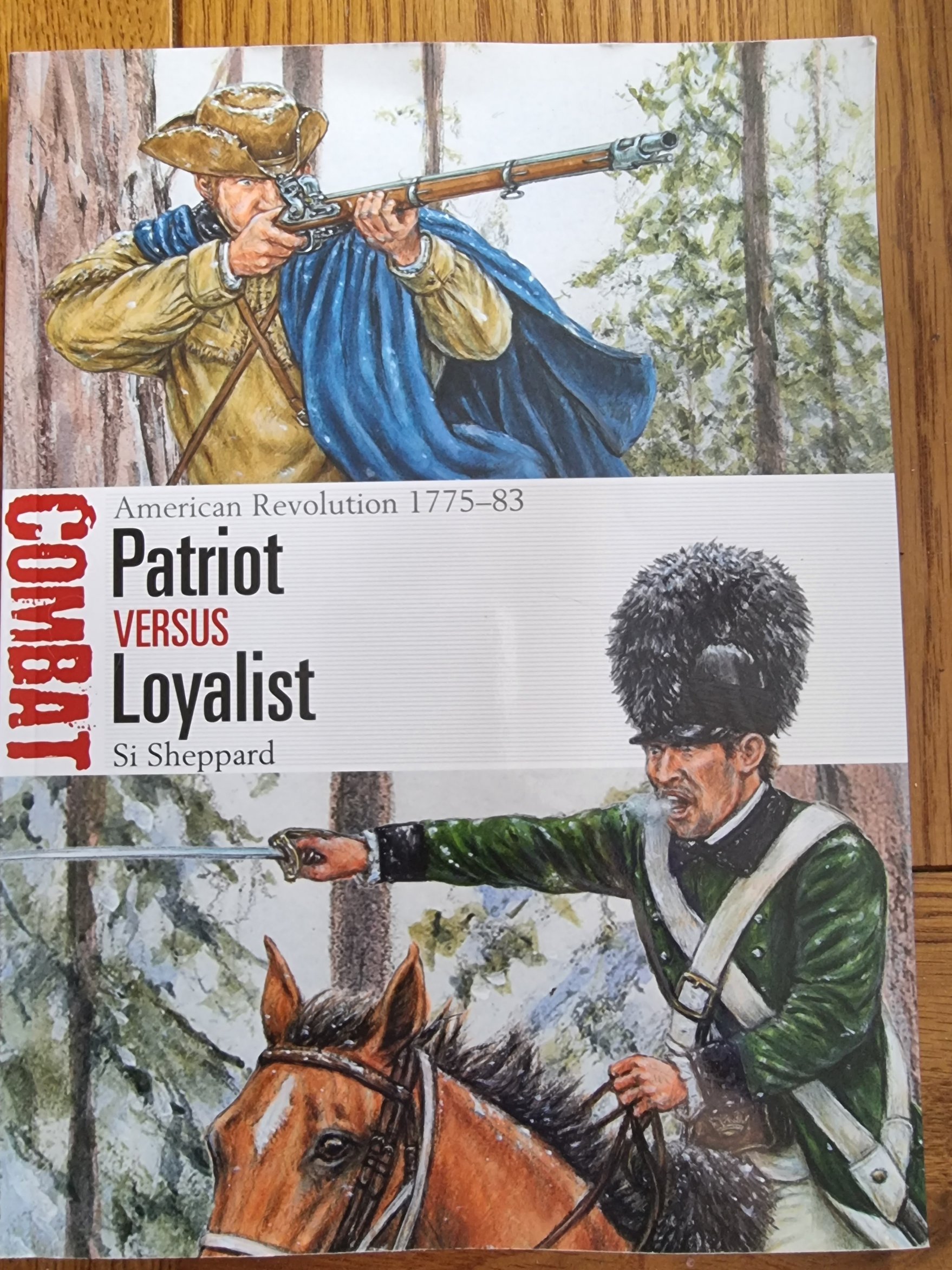 Battle tactics are part of the main contents, concentrating on 3 main battle areas, Westchester County from 1776-1783, Oriskany Aug 1777 and Kings Mountain 1780.
The pages include maps of some of the battles before and after contact, the list of units involved, the size of the units and thier origins, especially from the Patriot side of things.

Mention is made of the politics of the individual units too, there being units made up from entirely freed slaves (Loyalist sides, although some were fighting in place of their owners on the Patriot side)

Also mentioned are the indigenous natives, mainly the 6 Nations of the Iroqouis League, made up of 6 individual tribes of which 4, Mohawk, Seneca, Onondaga and Cayuga, fought for the Crown, whilst the other 2, Oneida and Tuscarora, sided with the Patriots.

Weaponry is a small part of the book, mainly because there wasn't much difference in the weapons used by either side, such as Kentucky/Tennesee Long Rifles, Brown Bess muskets, swords, knives and hatchets.

A worthy read and am considering buying some of the other books in the series:- 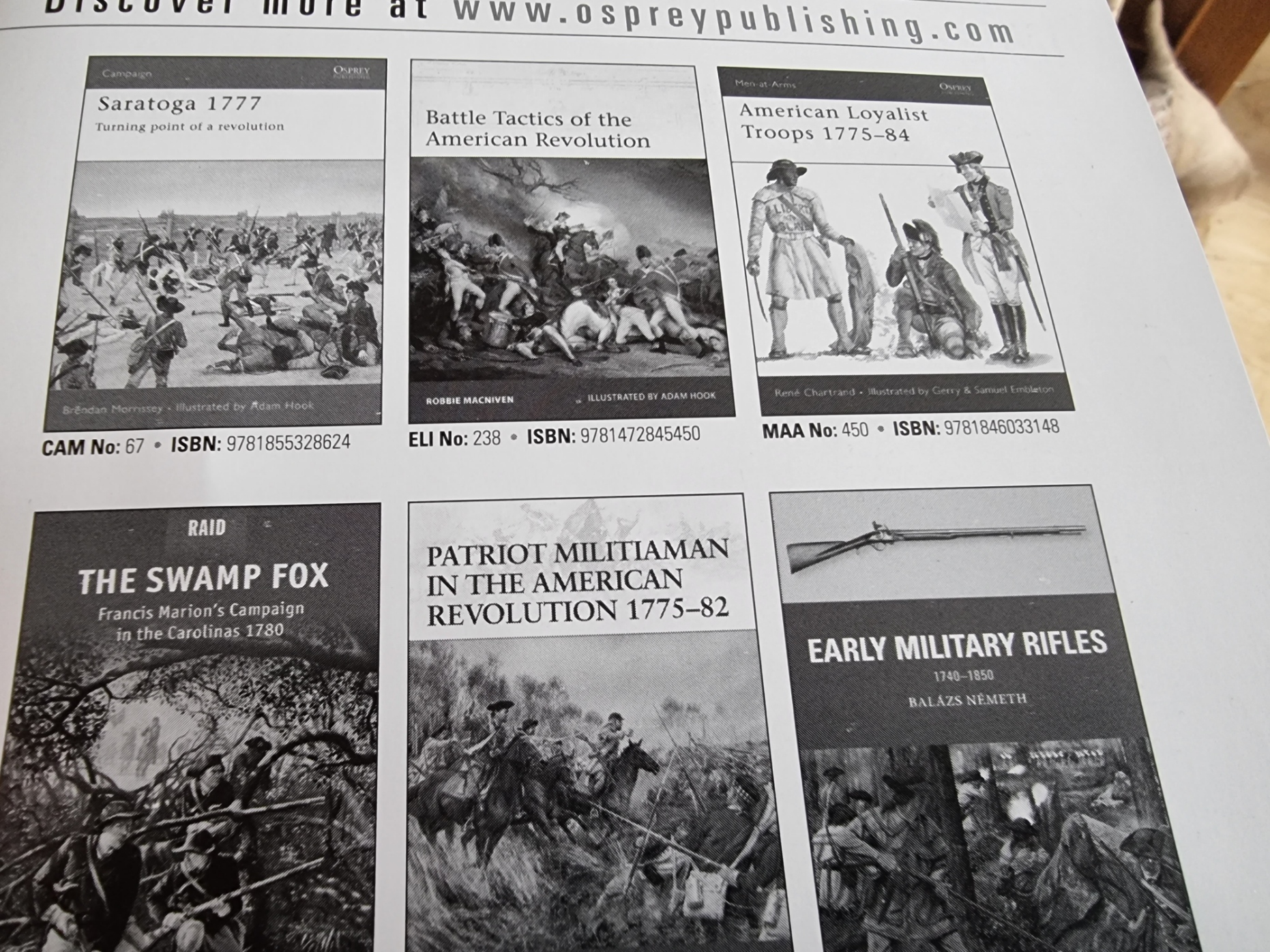