Operation CERTAIN DEATH is the explosive debut novel by Kim Hughes GC. Kim Hughes was the most highly decorated bomb disposal officer serving in the British Army until he left last year and, following his highly successful memoir (Painting the sand), this is his first foray into fiction.

The novel follows the fortunes of Staff Sergeant Dom Riley, a maverick ATO with numerous issues and a complicated private life. It is the first of what will be a Dom Riley series, with another soon to follow. In this book, the action moves rapidly from a hot and dusty Afghanistan to a present day UK where Riley's past appears to be catching up with him. 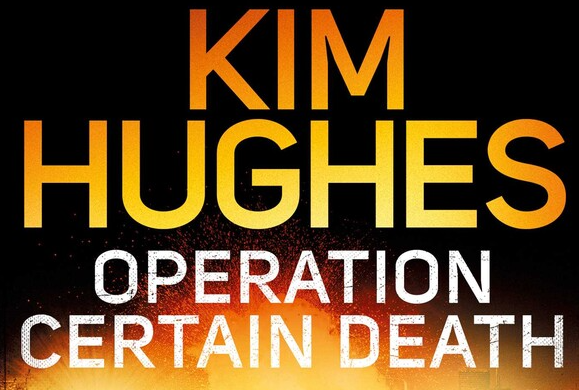 ​
For a first novel, this is a great read. As you would expect, for an author of Hughes' background, the military detail is excellent - a fact that won't be lost to readers of this website who undoubtedly find books/films/tv about the military incredibly annoying when poorly researched. What comes as more of a surprise is just how well the story-side of the novel flows (as a first time novelist, not because Hughes is ex-military!). This book is genuinely gripping and carries the reader along with it.

The plot beautifully twists several parallel and intertwining story-lines together, at pace. There is a bit of something for everyone here: military detail, spy conspiracy, dastardly terrorist plot and the pieces of the jigsaw all fall into place nicely.

Thoroughly recommended. Available for £4.99 on Kindle and £6.49 in paperback.

@dingerr , you seen this?
If you see a light at the end of the tunnel, it means the tunnel's on fire. (Sir T. Pratchett)

@Auld-Yin sent me a copy to review. There seems little point as @Captain_Crusty has pretty much covered it and I have to agree with everything said.
You may not believe in God or a God, but trust me, when you’re really in the shit you will pray to everyone.

Limitless – The Autobiography of Tim Peake