Open Letter to Theresa May MP

Please refer to the first document. This is the front summary to a report to your predecessor, Jack Straw, posted December 1998.

The report was sent to Mr Straw to request a Home Secretary compulsion of inquiry and report already called for by Kent Police Authority August 1997.

There are three questions for you now:

(1) What questions have been raised by the Mark Ellison QC Review that will be the basis for Judge led inquiry ?

(2) How many of these questions would already have been addressed, during Kent Police handling of the Stephen Lawrence inquiry and properly reported to MacPherson Inquiry, if they had complied with their Police Authority request ? What were Jack Straw's reasons for suppressing this inquiry March 1999 ? Are the Home Office Records for this missing now ?

(3) Will you ensure that your Judge led inquiry answers these questions ?

The next document I ask you to study is a Common Law Information of Treason. To some extrent, sadly, these are now laid with an element of humour knowing that Justices of the Peace would chop off their fingers rather than sign an acknowledgement and that they will hide behind their Clerk who, in fact, has no Crown authority to deal with such an information. Having said that it should now platform some questions.
Into the script now I copy a recent submission to the Parole Board. The Ministry of Justice Parole system in fact has NO compliance policy or guideline for the statutory reporting duties of Terrorism Law. In this purported age of terror how silly ? A prisoner, anxious to be deemed able to be safely restored to society, well he can have knowledge subject of statutory report (Here we mean Section 54 Terrorism Act 2000) and the Parole Board don't assess whether they believe he is betraying, by his silence, a statutory duty to protect the society they will shortly let him re-join.

COPY OF PAROLE SUBMISSION TO BE REDACTED FROM PUBLICATION

SUBMISSION TO PAROLE BOARD ANTHONY SWINDELLS


The next document is a copy of a newspaper report 1996 Dartford Council planning enforcement action against a gun range in their jurisdiction. In fact the new leader of Thanet District Council is consulting legal advice next week re introducing compliance policy for Terrorism Law statutory reporting duties. And she is considering whether to direct the Planning Dept now to contact Dartford for details of the enforcement action taken there shortly after Thanet Council failed to enforce against 6th Thanet Gun Range on exactly similar issues.


The next document is an extensive Environment Agency response to FOI.


Now to some questions :


(1) What were the reasons for Police refusing Kenny Noye and Customs offer to obtain a crate of illegally imported uzis as evidence ?


(2) Was there a theft inquiry raised at Sericol as a result of the arrests of UDA hit men and drugs criminals by Met Det sgt Alex LEIGHTON 1992 ? Did such a theft inquiry discover the water supply contamination disaster in 1993 ?


(3) What evidence did Kent Police Authority member Cllr William HAYTON give to High Court in 1998 at the trial that found tory Cllr George Richard MAISON guilty of libelling tory Cllr Margaret MORTLOCK ? During Kent Police handling of the Lawrence Inquiry did Cllr HAYTON conceal the Kent Police Authority call for inquiry and report ? Including into MAISON's arrest in 1987 for paramilitary activity in Territorial Army ? Was there in fact inquiry shortly before the High Court hearing into the bona fides of Cllr MAISON's engineering qualifications he had used after his 1987 arrest to become Sericol site safety engineer ?


(4) Who was the source of bodyguard work to Det sgt John DAVIDSON for which he and four colleagues in RCS were disciplined 1995 ? Was it a bodyguard group recently then interviewed re the gun supply for the assassination of Brinks Matt money launderer Donald URQUHART ? Were senior members of the bodyguard group variously employed by Charlie KRAY and/or Mayfayre Associates whose directors were ex Met LEIGHTON and LINDSAY HUNTER ?


(5) Information, I understand, was given to the Lawrence murder inquiry in its early days. IE whilst its case officers were still also police witnesses at the David NORRIS murder trial which had arisen as a result of the 1992 arrests in Margate of UDA. My understanding is that this information was given by a businessman, ex eminent RMP officer (EOKA arrests), who managed property in Eltham area including for a former notorious London crime family. This information was about drugs pushing at school gates and a number of specified drugs gang skirmishes in the area's housing estates. It appears that the decision not to pursue this inquiry with regard to Duwayne BROOKS and Stephen LAWRENCE, if only for elimination purposes, was taken straight away. IE BY THE ORIGINAL INVESTIGATORS. If this is true then the perception of Lawrence Inquiry would have to experience a sea change. The whole racist motive monopoly may have been the most successful misdirect in quite some time.


(6) At the time Mrs LAWRENCE met Nelson Mandela during his state visit were there in fact mercenaries preparing in Kent to attack his regime ? (Desmond Tutu Commission of Inquiry 1994 ?)


(7) Were the notorious now convicted Parker twin paedophiles of Warwickshire among that group of mercenaries ?


I hope there is enough there to keep you busy Theresa. The name of the RUC officer who contacted Home Office March 99, re Kent Police Chief constable PHILLIPS being bundled into Rosemary NELSON inquiry at a time he was refusing to investigator paramilitary collusion in his own county. was Supt Maggie HUNTER Sir Ronnie Flanagan's Chief Exec officer. It seems safe to infer the Home Office file existed at least up until Jack STRAW suppressed the Kent Police Authority call for inquiry March 99 and Sir David PHILLIPS left the Rosemary NELSON murder inquiry. As I wrote shadow minister Ann Widdecombe did raise this with STRAW some time later so presumably the Home Office file still existed when STRAW answered his shadow.

Clearly you have a problem but is AARSE really the right place to air them, surely a consultation with your local NHS Screw loose department?

However if you were to regale with us with a broad sweep of your problem in that neck of the world? Than we could empathise with your plight, or have a sound basis for slagging you off?
Delivered by Speckled Jim, the tastiest carrier pigeon known to man

Have you ever considered visiting a range disguised as a Fig 11? I recommend you do.

filthyphil said:
Wrong forum mate, Theresa May only posts in the NAAFI.
Click to expand...

The most interesting (and somewhat disturbing) posts about Theresa only appear in the NAAFI!

I would love to meet with BounceBanana/DannyDieHard/WomblingFruitbat, just to see if s/he has any interests outside the boundaries of Kent. Genuinely fascinates me how someone can be so single focus, and yet impervious to the fact that no-one gives a single poop about what they say!

I can't work out whether Katie Hopkins looked more or less unpleasant before she got fat on purpose to annoy fat women. Could Theresa May settle the question, d'you think?

Lot of wibble.At the time you mention ,99, Maggie was SDC Woodbourne not at HQ.

As stated before, the bit in the red circle - that's you that is. 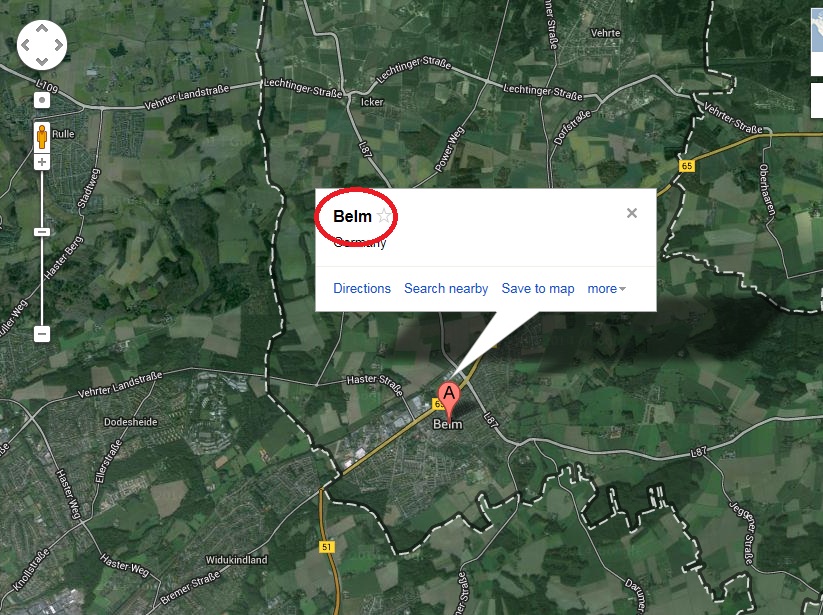 "God makes me feel pain because I cheat at darts."

Mrs May has responded:

Is he related to Mrs Trellis of North Wales?
stapd - 'st-ay-ped'

If Richard Card is sincere (which, on the face of it, he is not) he needs to shut his trap, close his Internet connection and get himself lessons in expositional writing (assuming he can pass a basic SAT in writing English first).

Richard Card, if you google yourself and this comes up, get a ******* grip of your ******* self and stop alienating people who might otherwise be interested in information that you have.
NULL

I know a guy in my local is from Kent, I'll ask him about it. Perhaps you know him DD, he's kant too.
“If you can convince the lowest white man he’s better than the best colored man, he won’t notice you’re picking his pocket. Hell, give him somebody to look down on, and he’ll empty his pockets for you.”

Book Reviewer
To be honest, If I had to live in Ramsgate, I'd be pretty pissed off too. Not quite sure Theresa May can do for you Dick, maybe you should ask your local bobby?
"I do not resent criticism, even when for the sake of emphasis, it parts for the time with reality" WSC

Well, she's not had James Bond slot him yet.

Major Fuckwit said:
Well, she's not had James Bond slot him yet.
Click to expand...

Course not, she'll be pissing herself reading his tripe.
Bacon and mushrooms for lunch.

filthyphil said:
Wrong forum mate, Theresa May only posts in the NAAFI.
Click to expand...

Fit when she was younger, like - but she'll be mighty puzzled to be getting crank mail like that.

Still, I expect she'll be used to it after some of the letters I sent her. Can't have been the only one.

Yes i know i have posted this elsewhere, but A) it makes me laugh and B) most closely resembles my expression when reading Arrse.​
Three Active Blocked Arrsers
1/ 184461 - Believing the X-files was a documentary series
2/ Gray Fox - Being a Nazi (which is rather bad for a Russian)
3/ John_g - Can start an argument in an empty room (which is probably empty as everyone saw him coming)
D

Flatt Stanley said:
If Richard Card is sincere (which, on the face of it, he is not)...
Click to expand...

I've just googled Richard Card. If I have the right one he has 55 FoI requests outstanding. He definitely has a bee in his bonnet.
"You can tell a man that boozes by the company he chooses,"
Then the pig got up and slowly walked away.

R
Question on stores and accounting
2