fantassin said:
The announcement that French forces will leave their bases of Kidal, Tessalit and Timbuktu between now and the beginning of 2022 is causing alarm in the population of those cities.

The groups that demanded the departure of French military forces are now silent and the locals are saying the malian forces will be incapable of fighting the terror groups. 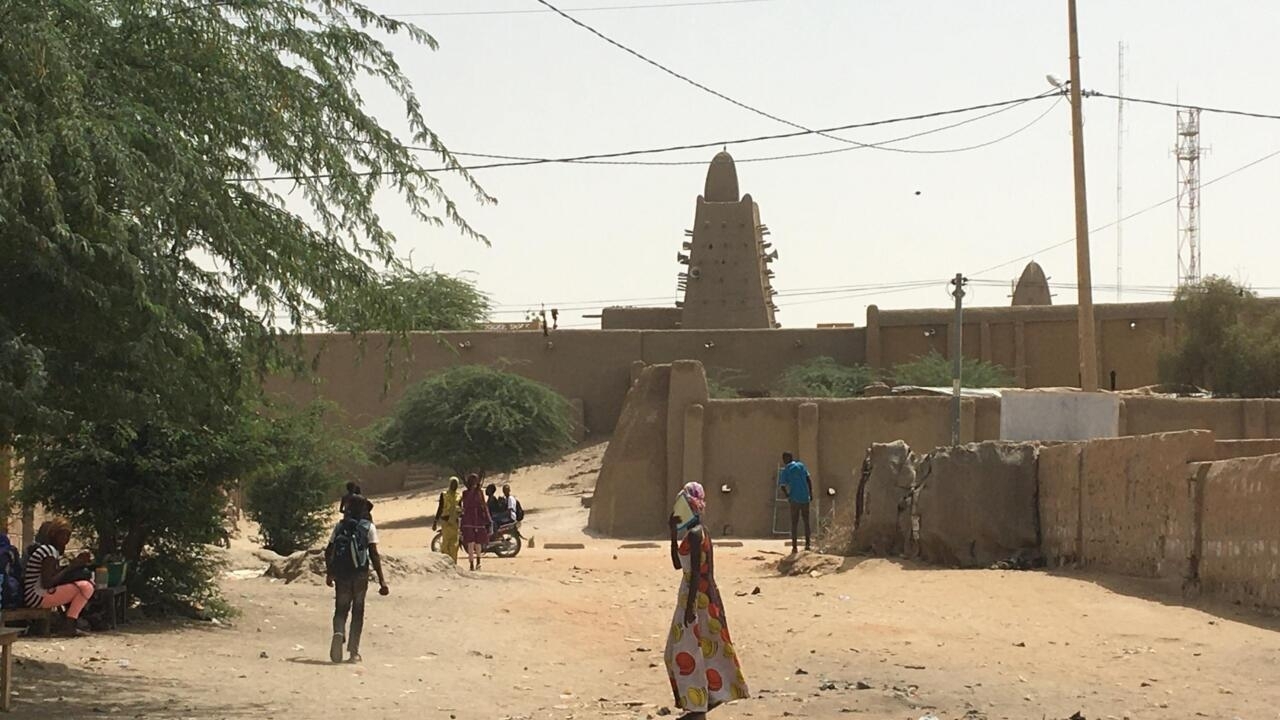 Well, not unreasonably given those where amongst the first over-run by the Jihadists last time.

From memory the jihadists advanced rapidly from the north east of the country , and were only halted at the outskirts of Mopti (roughly in the middle) by the excellent French intervention.

Now we can all debate whether the Jihadists could have advanced through to Bamako (or frankly if they wanted to), but if I were in Timbutku, Kidal or Tessalit which all look a long way from Bamako and deep within areas I suspect would be in the area of influence of (if not shadow governmeny by) Jihadists, I'd be making sure I had some modest clothes in the house and could recite the Shahada very well if asked. 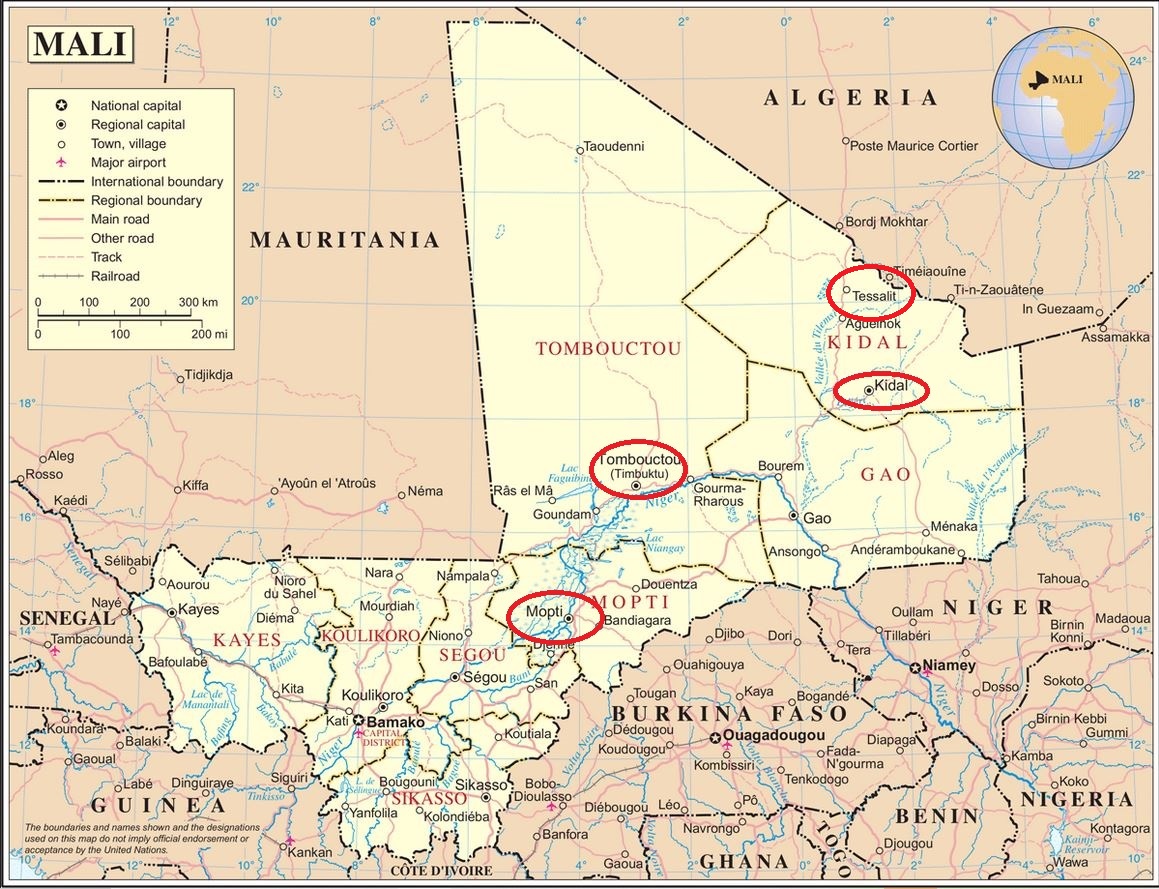 “But some of us have been educated by surprises out of much that we were 'absolutely sure' of...”
― Charles Fort

fantassin said:
The announcement that French forces will leave their bases of Kidal, Tessalit and Timbuktu between now and the beginning of 2022 is causing alarm in the population of those cities.

The groups that demanded the departure of French military forces are now silent and the locals are saying the malian forces will be incapable of fighting the terror groups.

Going the same way as Afgan?

Wouldn't be a unfair assessment.

In many ways a better enviroment for Jihadists. Plenty of borders to cause operational friction, smuggling to earn money, weak states, very complex humain terrain and disinterested western nations.

Edited to add, only real downside for the jihadists would be fratricidal conflict from a lack of unitary shadow government like in Afghanistan. Here everyone can be an Emir
“But some of us have been educated by surprises out of much that we were 'absolutely sure' of...”
― Charles Fort

It depends on what you mean by that.

If it’s a comparison with the departure of all Western forces from AFG, then the answer is no, not yet. France will still leave about 2,500 troops in the area, and there are other multinational forces as well (EUTM Mali which is now expanding onto other countries, MINUSMA and TF Takuba).

If you mean that jihadist terror groups are expanding, then the answer is yes.

They are not necessarily more numerous but they range over much larger area. Since all the nations of the GoG are incapable of governing and defending themselves to the full, they exploit the weaknesses of the central governments, always following the same pattern, that is :

1) subversion, radical preachers in local mosques, recommendation to follow the chariah law
2) infiltration of armed groups, « public relation » phase, « protection » of the locals against banditry, recruitment of the youth
3) Harassment of security forces, use of IEDs, and assassination of government officials, even at the lowest level
4) Guerilla warfare, attack against security forces positions, convoys etc
5) Administration of the conquered area, enforcement of the sharia law….and movement to another area to repeat the process.

A Scan Eagle UAV and a Casa 235 transport aircraft in the Czech contingent.

A small norwegian element in the Swedish contingent from this autumn until 2022.

As a thank you gesture to the French Role 2 in Gao which treated German soldiers WIA after the 25 June 2021 SVBIED attack against one of their AFVs operating under the MINUSMA flag, German military personnel based in France have given their blood in a recent blood collecting drive organized by the French forces in Paris. 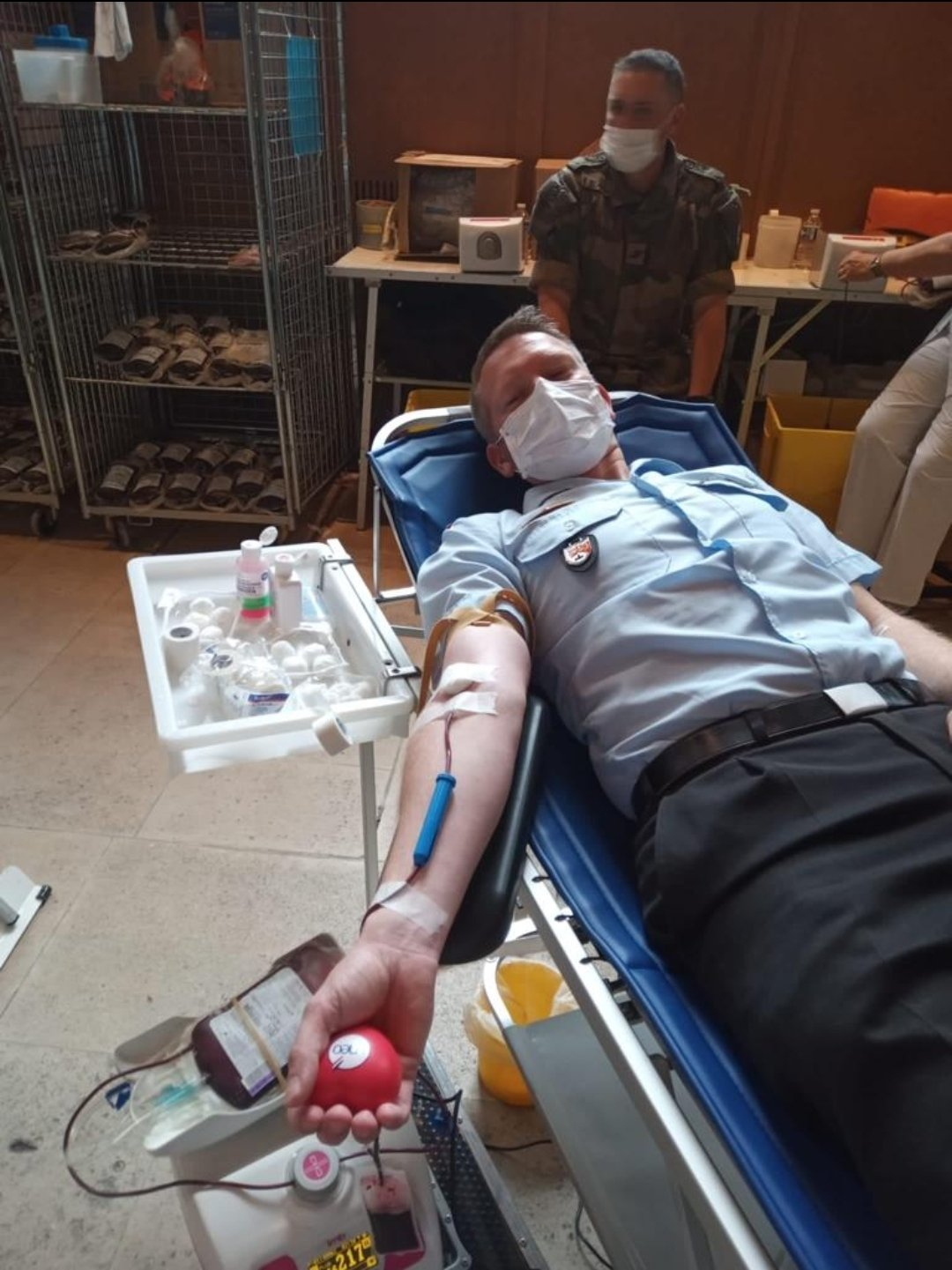 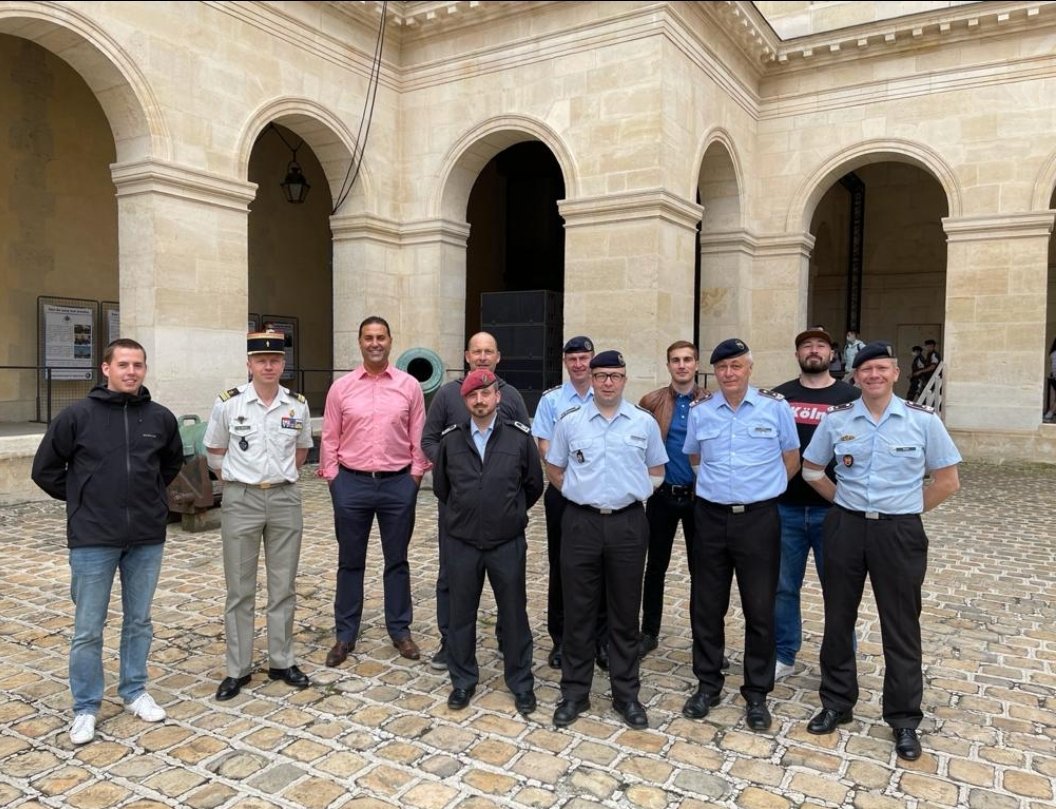 UNSG wants MINUSMA to grow by another 2,069 pax 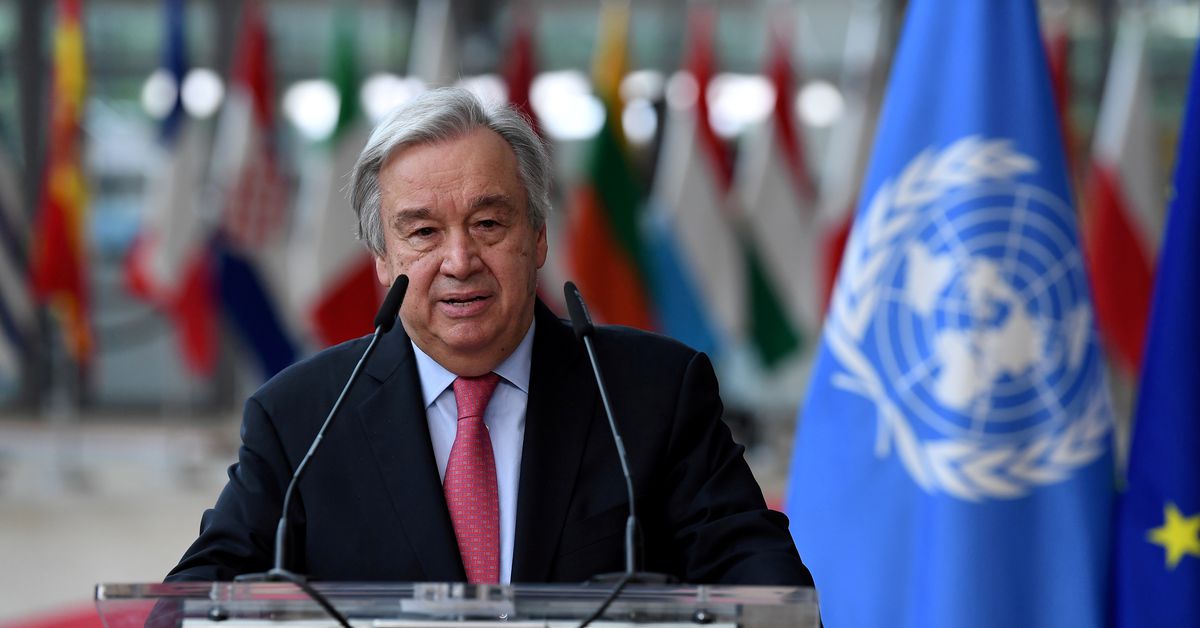 United Nations Secretary-General Antonio Guterres has asked the Security Council to authorise additional troops for the peacekeeping mission in Mali in response to rising violence by Islamist militants, according to a report seen by Reuters. 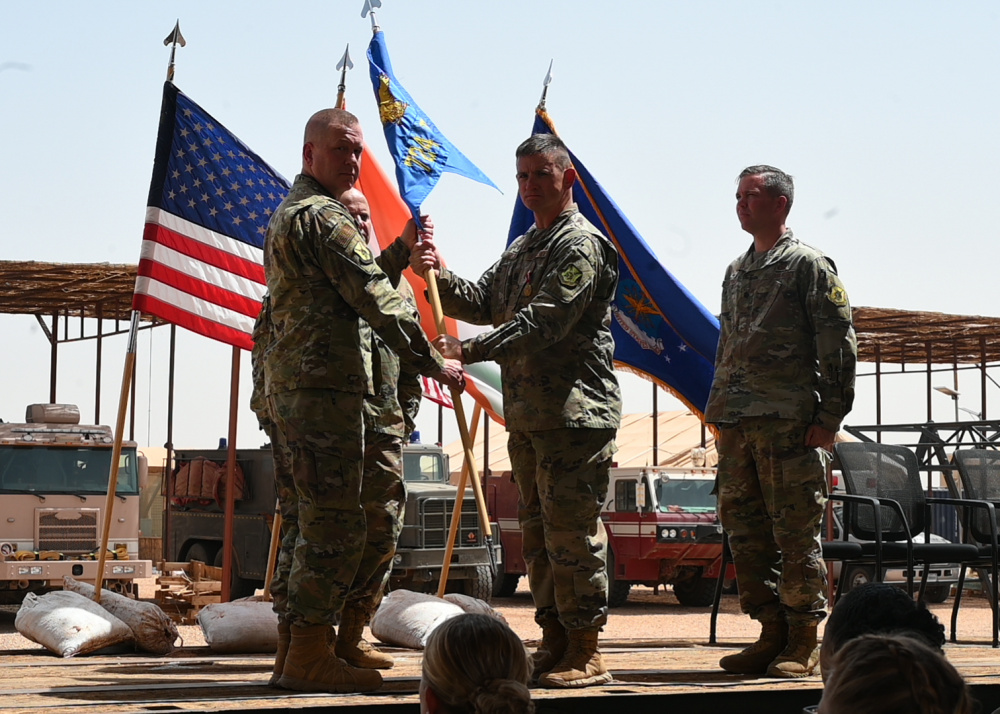 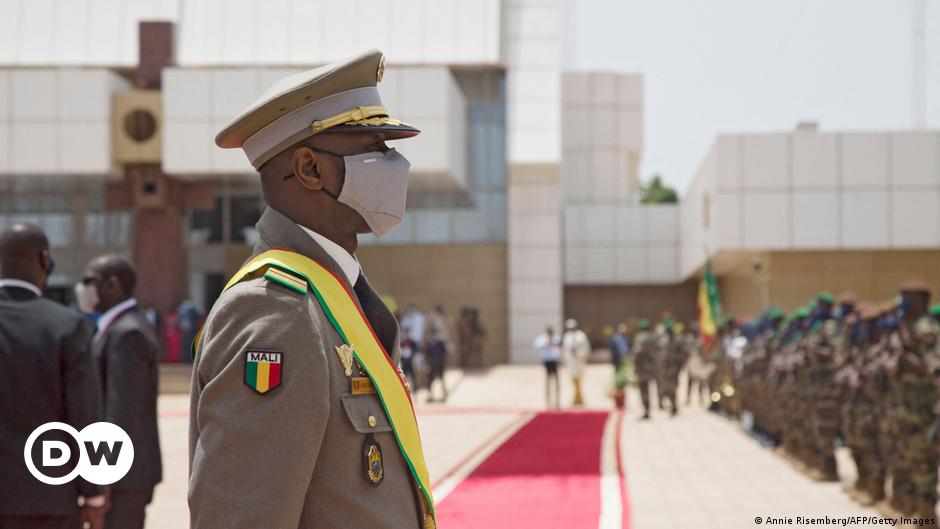 The interim leader had to be whisked away from prayers during the Islamic festival of Eid al-Adha in the capital Bamako. Goita, who was sworn in last month, is said to be "safe and sound."

Niger has opened a training center for special forces in Tilla, Niger.

This centre has been largely financed by Germany as part of its CJSOTF Gazelle project. it should be able to welcome units from the G5 Sahel to follow different courses but Germany will not accompany local units in operation

The French armed forces operations centre's Twitter had published an article (in French) on a door gunner of the RAF Chinook contingent operating ISO Op Barkhane who has completed 9,000 flying hours while deployed in Mali

Something must have been lost in translation as he is described as a "Major" which seems a bit much for a door gunner. Happy to be corrected if it's SOP...and Major Ruffles sounds terrific ! 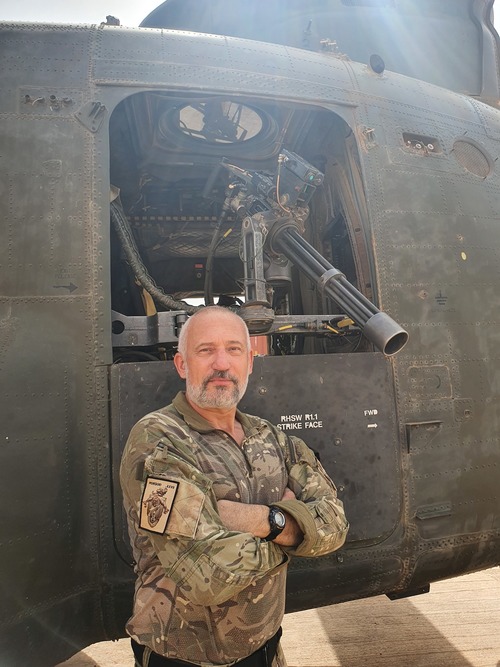 Master Aircrewman.
“Grant unto them the assurance of thine ancient promise that thou wilt ever be with those who go down to the sea in ships and occupy their business in great waters."
O

9000 flying hours ?
Wow. That's a lot of flying.
I've seen things you wouldn't believe - a British army three times the size of this one with more kit than you could shake a stick at.

Two ISGS cadres neutralized by Op Barkhane during an operation against an ISGS camp in the area of Menaka conductef during the night of 21 to 22 July, "in coordination with our US partners".

A FRA MoD communiqué below in French only so far.

The Norwegian government has decided that Norway will contribute to the Takuba task force in Mali and send "a smaller number of soldiers."
norwaytoday.info

he must have cashed his unexpected cheque and retired then ?
A sapper with an idea is like a monkey with a hand grenade

The ID of the 2 ISGS leaders killed by Op Barkhane 2 nights ago have been confirmed as
Issa Al Sahraoui, a tactical commander and Abou Abderrahmane Al Sahraoui an ISGS "judge" known for his tendency to use the death penalty without much restraint.

The human impact of the spread of the Jihadis: 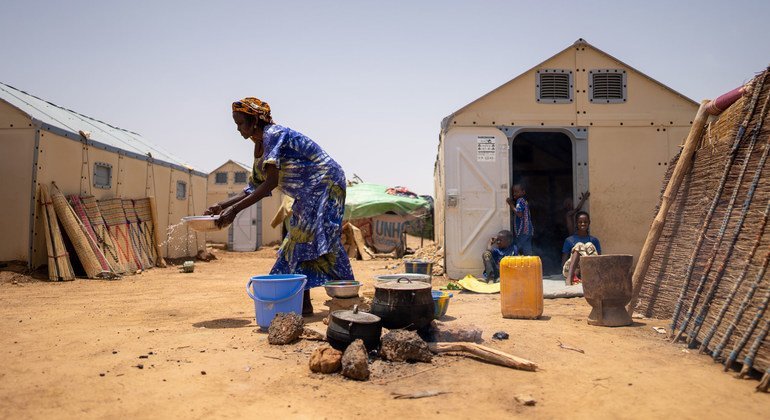 Rising violent attacks by jihadist groups in Burkina Faso are forcing record-breaking numbers of people to flee both inside the country and across international borders, the UN refugee agency, UNHCR, reported on Friday.

news.un.org
“The most dangerous worldview is the worldview of those who have not viewed the world.” — Alexander von Humboldt
“Everyone wants to live at the expense of the state. They forget that the state lives at the expense of everyone.” — Frédéric Bastiat
Ils furent ici, moins de soixante.........

Preparing for Nuclear War with the British Army
3 4 5