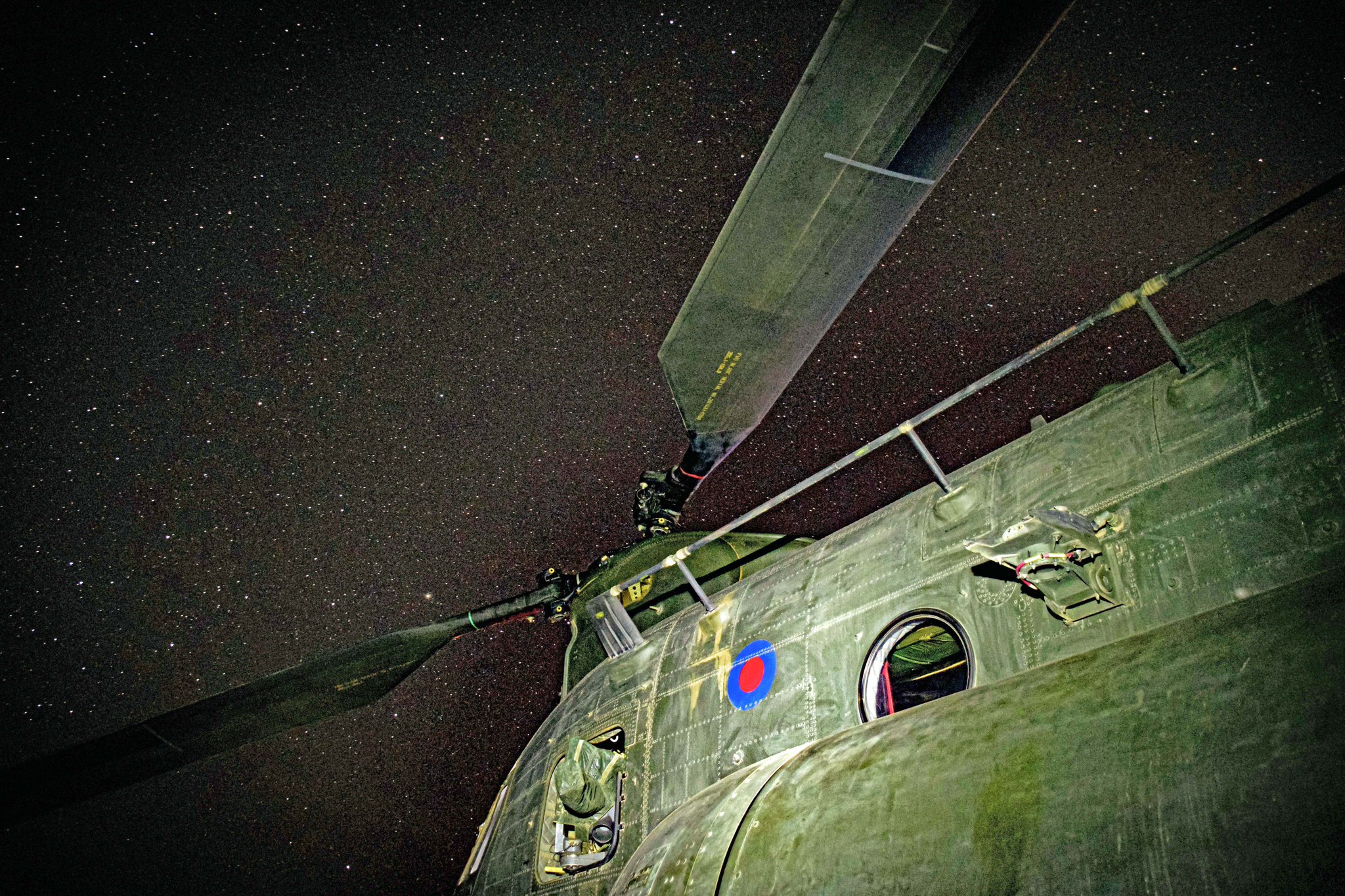 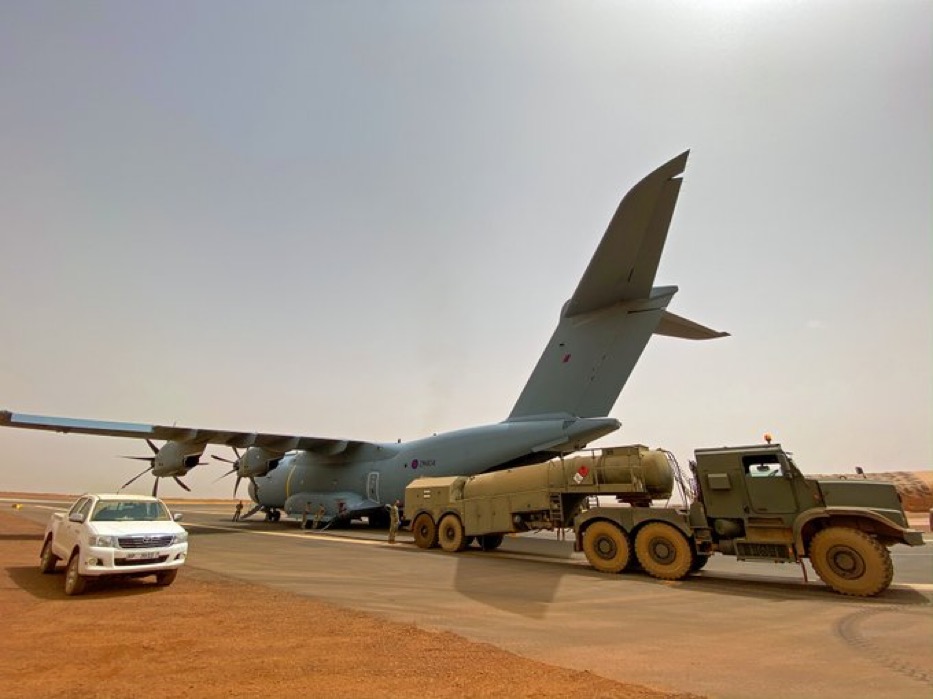 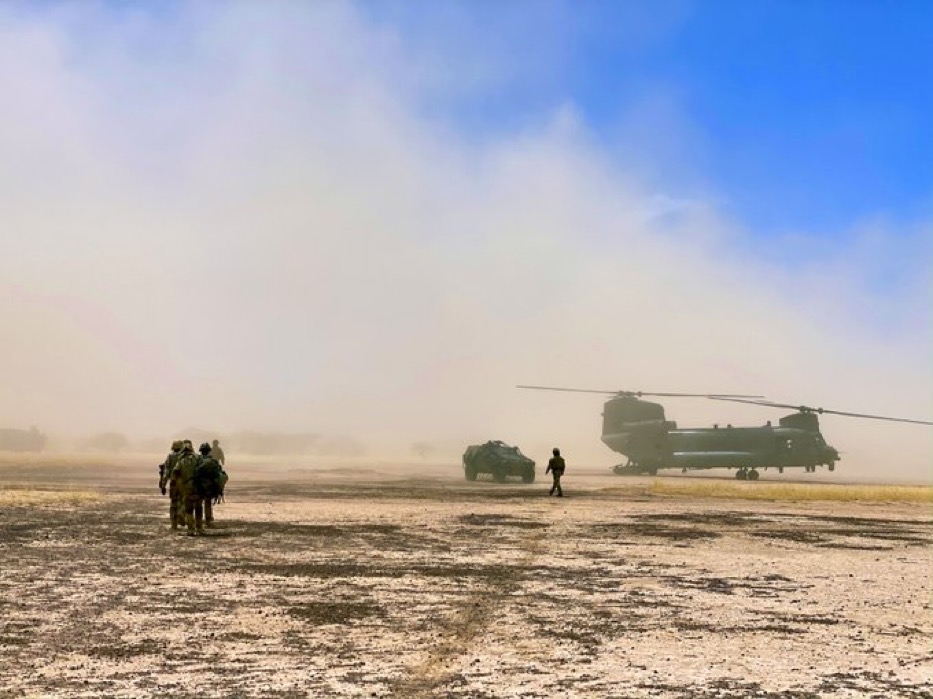 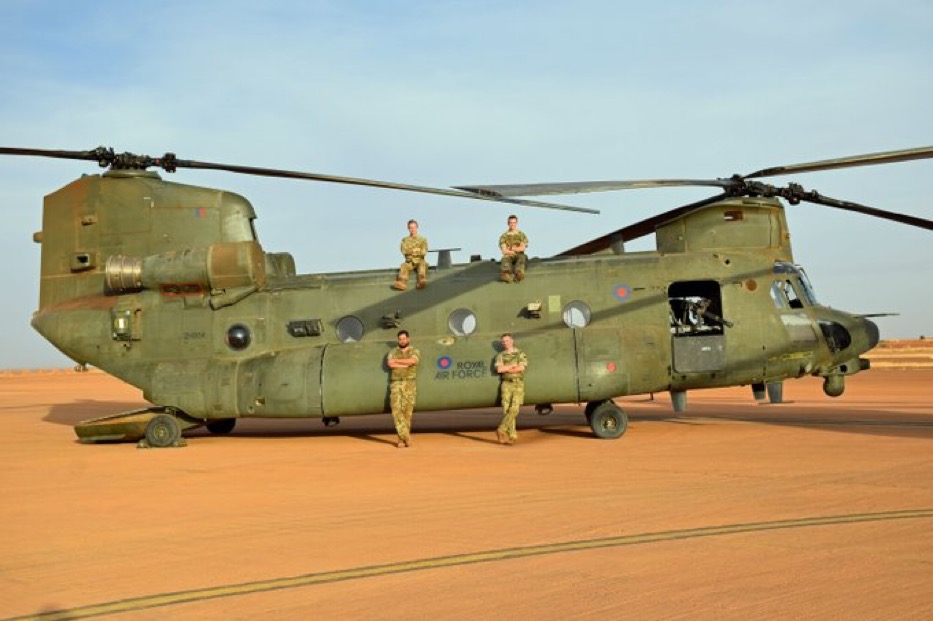 Incorrect. That is the RAF operation and does not include UKSF/UKSF(R)

fantassin said:
An interesting picture of a group of Parachute Artillerymen from the 35°RAP in Mali. They have combined French desert trousers and French CCE temperate camouflage for better efficiency on the rocky ground.
The picture can be enlarged by clicking on it.

good pic from a drone perhaps?
couple of bugles unless my eyesights playing up
Welcome to the club Mr Ennis

Shockwave said:
Incorrect. That is the RAF operation and does not include UKSF/UKSF(R)
Click to expand...

The UK Government does not discuss the activities of UKSF. So does us a favour and foxtrot Oscar!
@Simmerit was @simmer but his wife told him to delete his account.
https://www.arrse.co.uk/community/threads/gems-of-the-day-from-the-bbc.229572/page-72#post-6880061
https://www.arrse.co.uk/community/threads/gems-of-the-day-from-the-bbc.229572/page-74 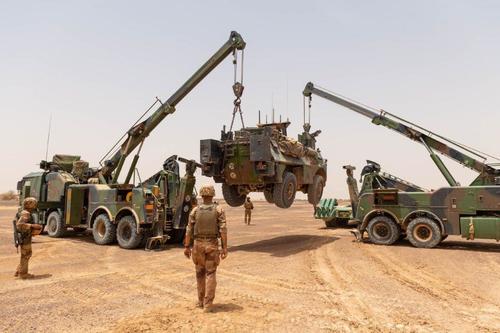 The Belgians have integrated a medical team in the French Role 1 in Niamey, Niger, IOT support the Belgian elements deployed to Niger to train Nigerien forces 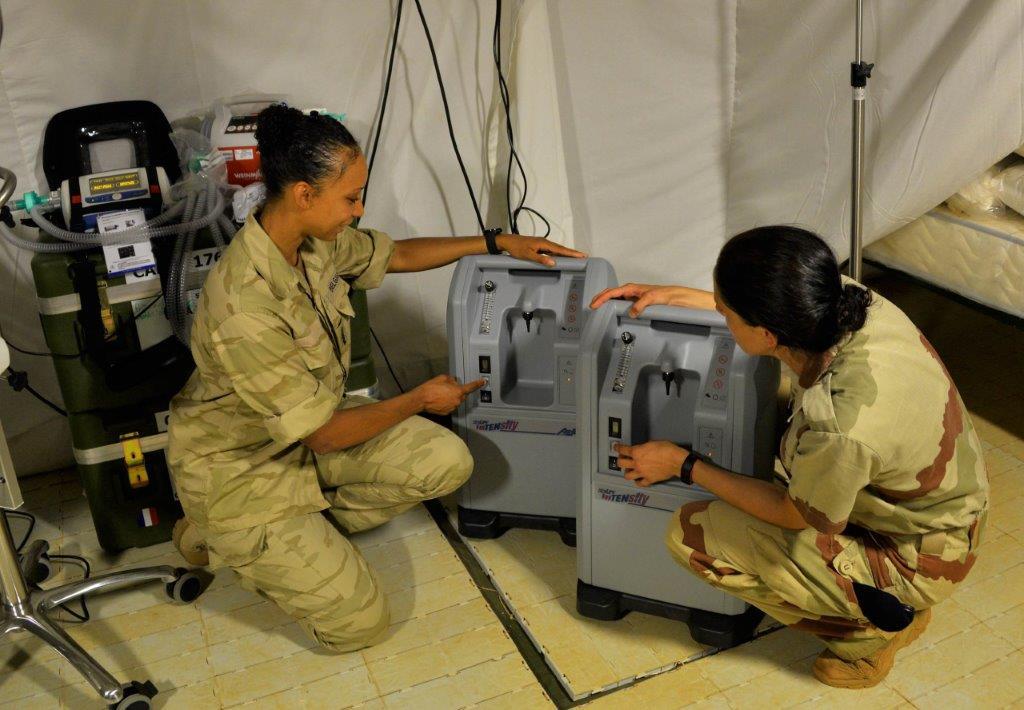 alfred_the_great said:
CPA10 - FAF equivalent to USAF CCTs or something else? 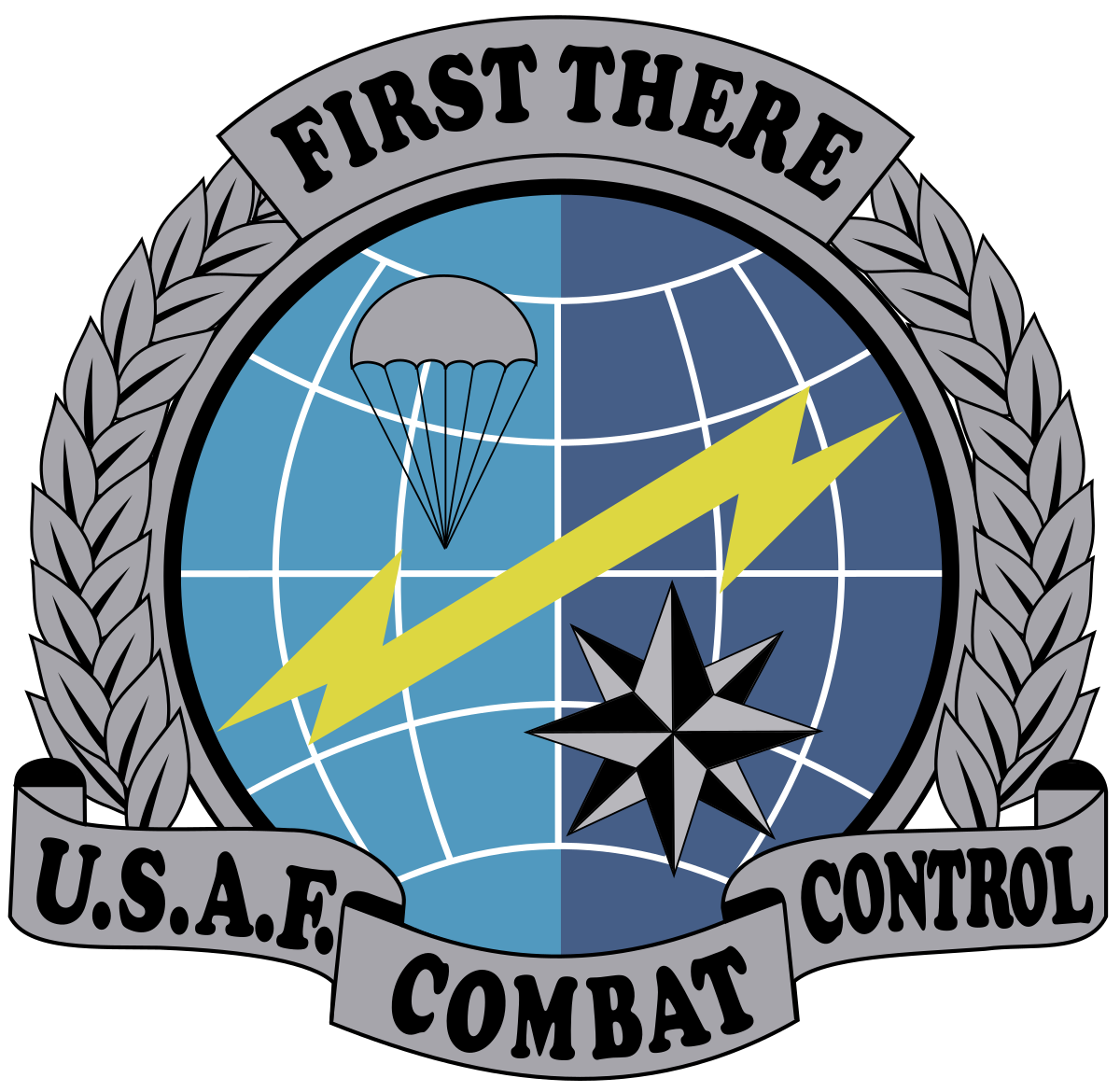 For the first time this year, the CPA10 has just won the yearly "challenge AFTE" (shooting from helicopter competition between the three services SF units and GIGN). This skill is very much needed in the Sahel area.

Droukdel's death has been confirmed last week by AQIM

29 Estonian soldiers who have recently returned from Op Barkhane have been awarded the French overseas service medal with "Sahel" clasp in a ceremony held on the Ämari airbase in Estonia. 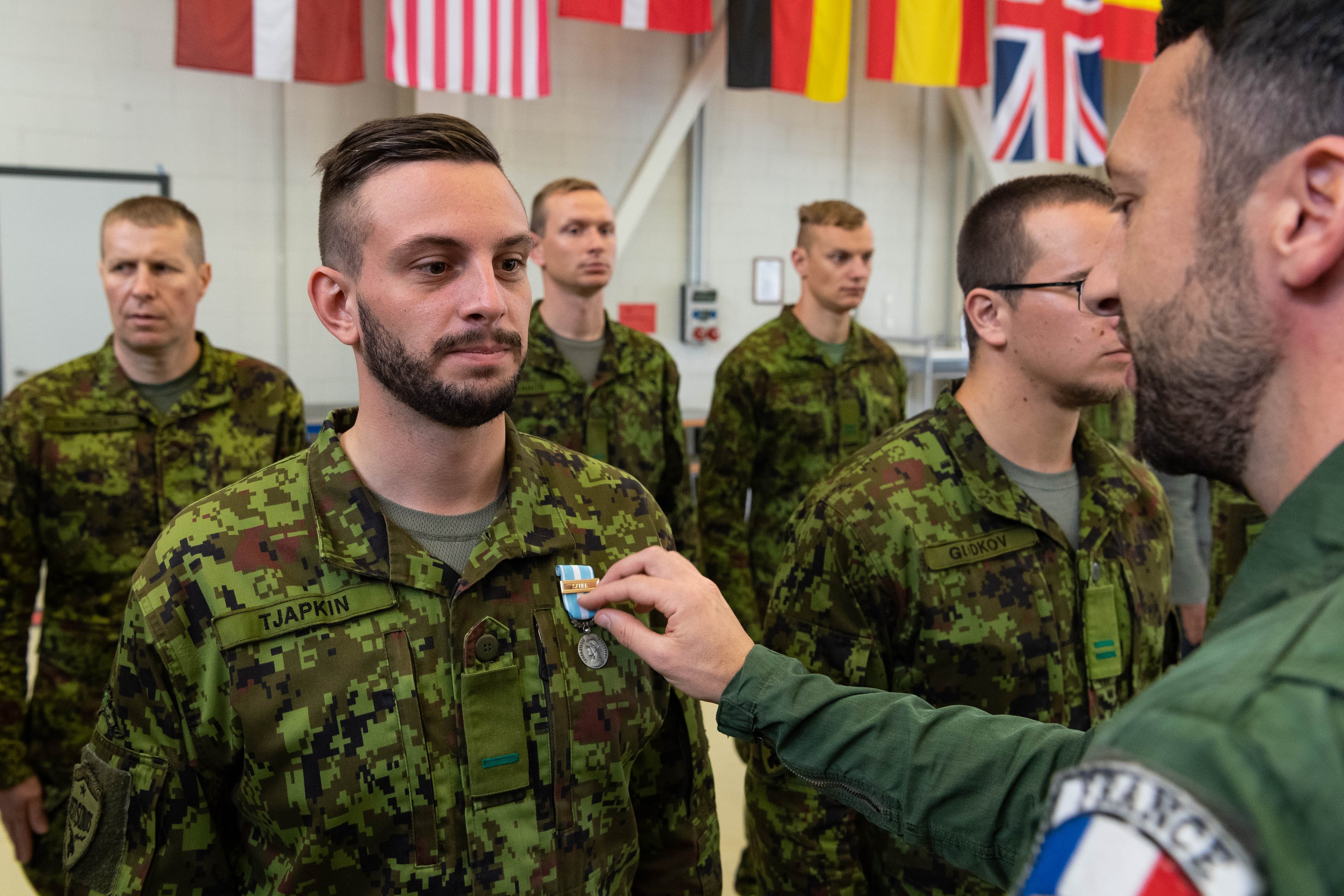 In October, deployment of the Czech element; it will also be mixed with French elements and will be about 100-man strong

The Swedish element of TF Takuba should arrive in Mali in early 2021 with approx. 150 pax and 3 helicopters.

A short video on how British, Danish and Estonian officers view their participation to Op Barkhane

fantassin said:
A short video on how British, Danish and Estonian officers view their participation to Op Barkhane 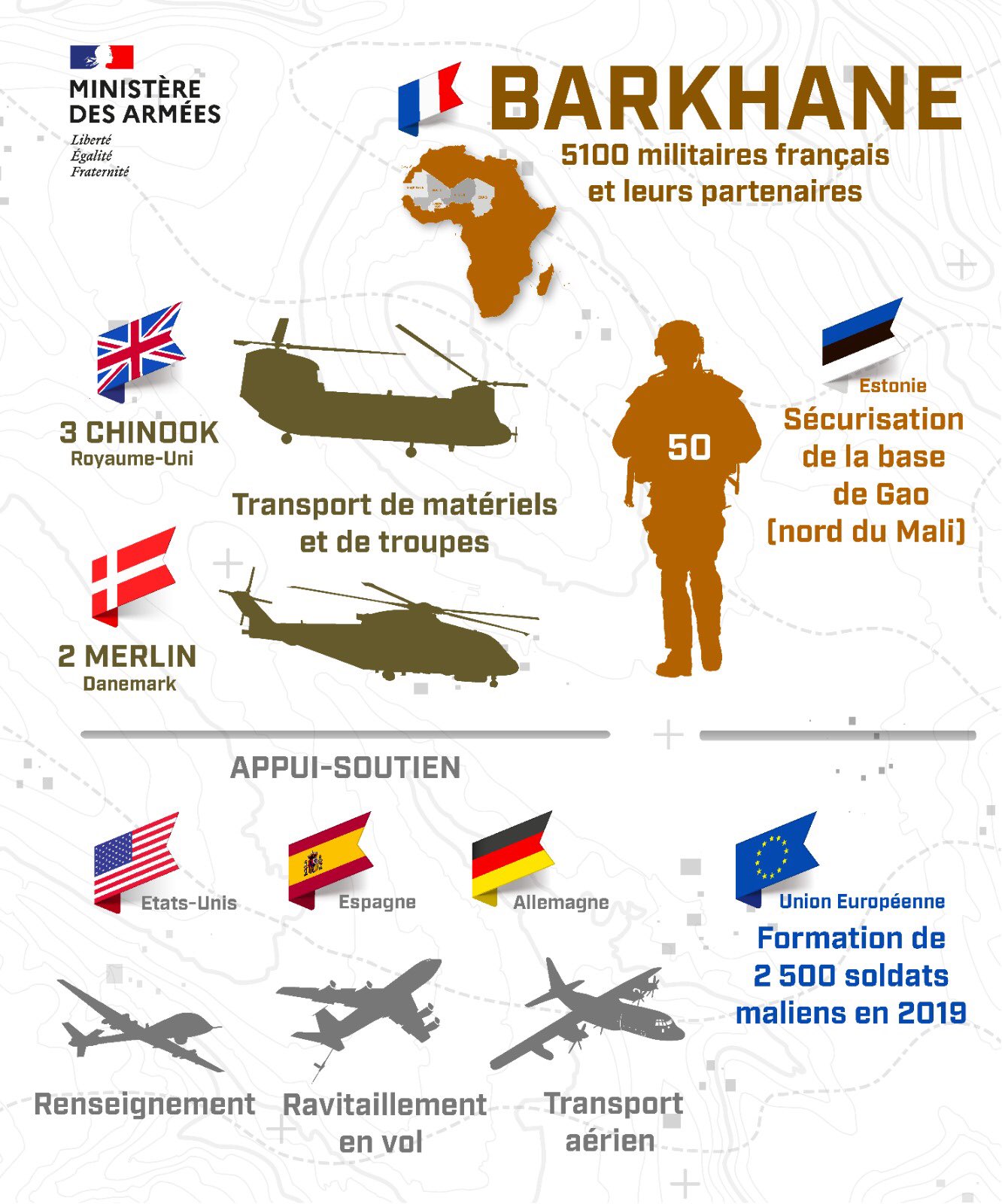 A picture posted on the FRA PJHQ Twitter with the following caption:

"In the Sahel, French forces can rely on the support of its British, Danish and Estonian allies in its fight against armed terrorist groups". 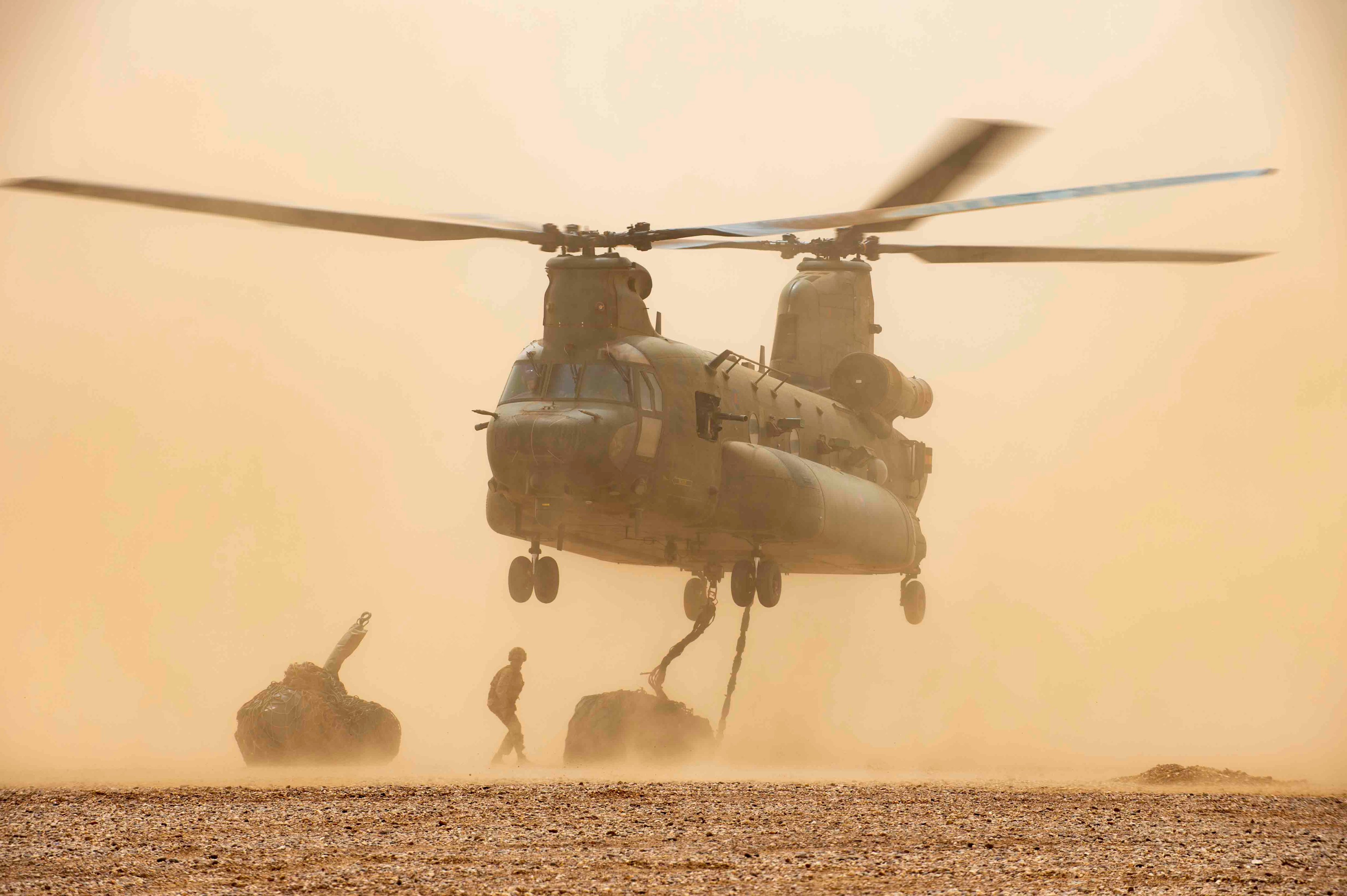 Macron has warned the local governments time and again that the surest way to lose international support is to commit HR violations.

It looks like he is not being listened to. 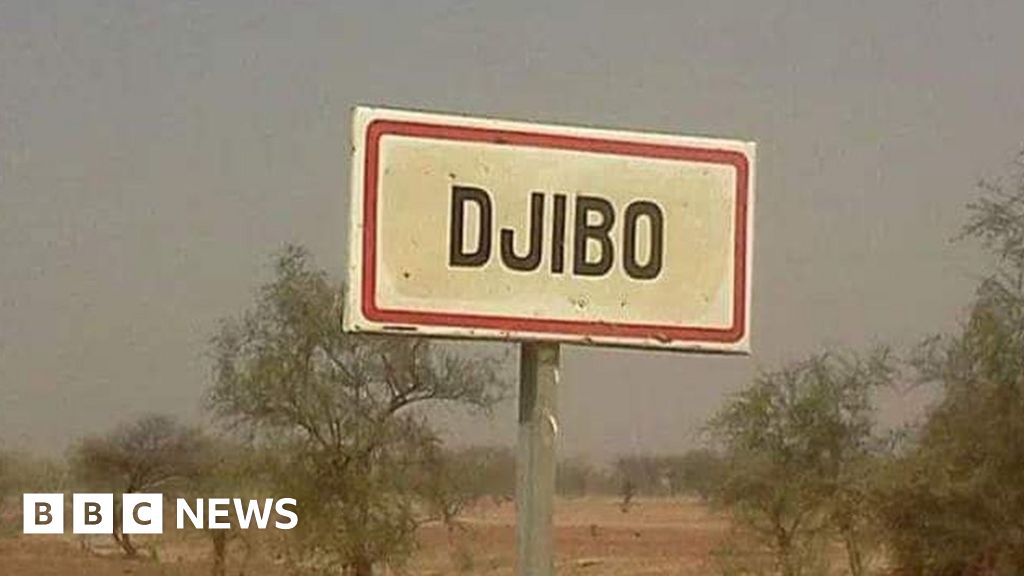 The 4 Jackal will be loaned to the Estonian TF Takuba element.

The first joint TG (about 60 French and Estonian SF) will operate from August 2020 alongside a Malian light Recce unit (ULRI) composed of 90 pax, 20 motorbikes and 16 other vehicles which will come from the Gao area. Its AOO will be the Liptako area of Mali.

In November, a joint task group composed of French and Czech SF will be stood up in Menaka, in Mali.

In early 2021, another task group, this time fully composed of Swedish SF will operate from Menaka.

Other countries have confirmed their participation in the staff element (Netherlands, Portugal...) and others are still pondering whether to join this initiative (Italy, Greece).

Squaddies up the sharp end.

Doing more for European integration and co-operation than the EU and politicians in Brussels ever will.

From 19 to 24 June, GTD Dragon (2°REI) has led an operation in the area of Timbuktu and Inabelbel. 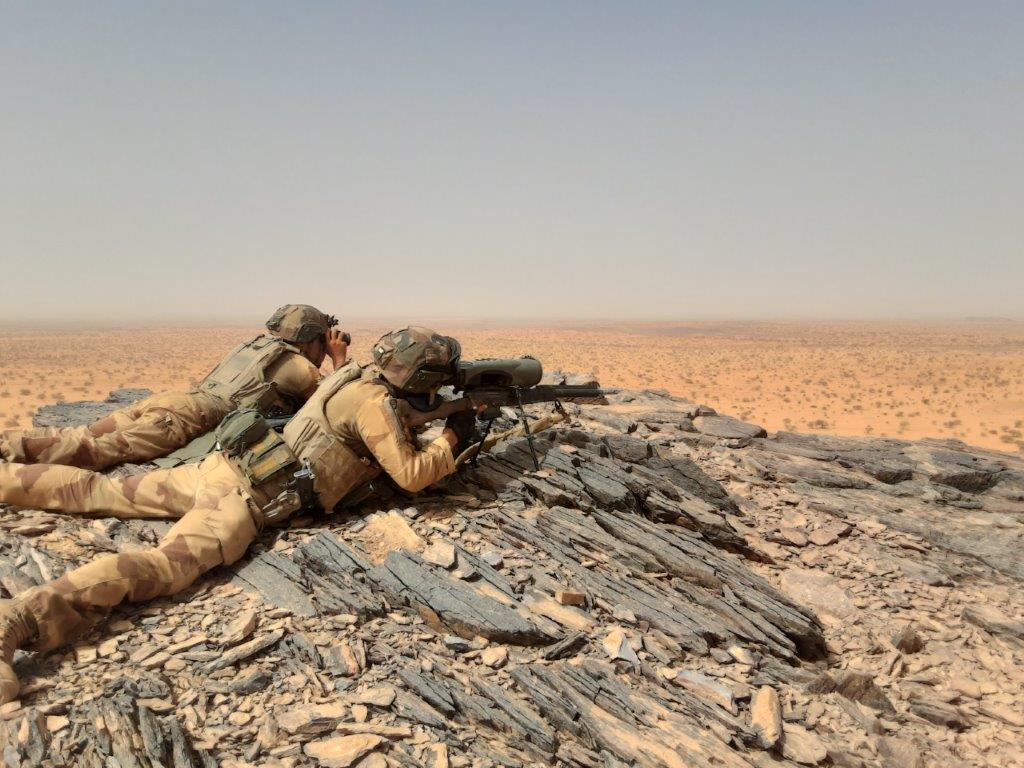 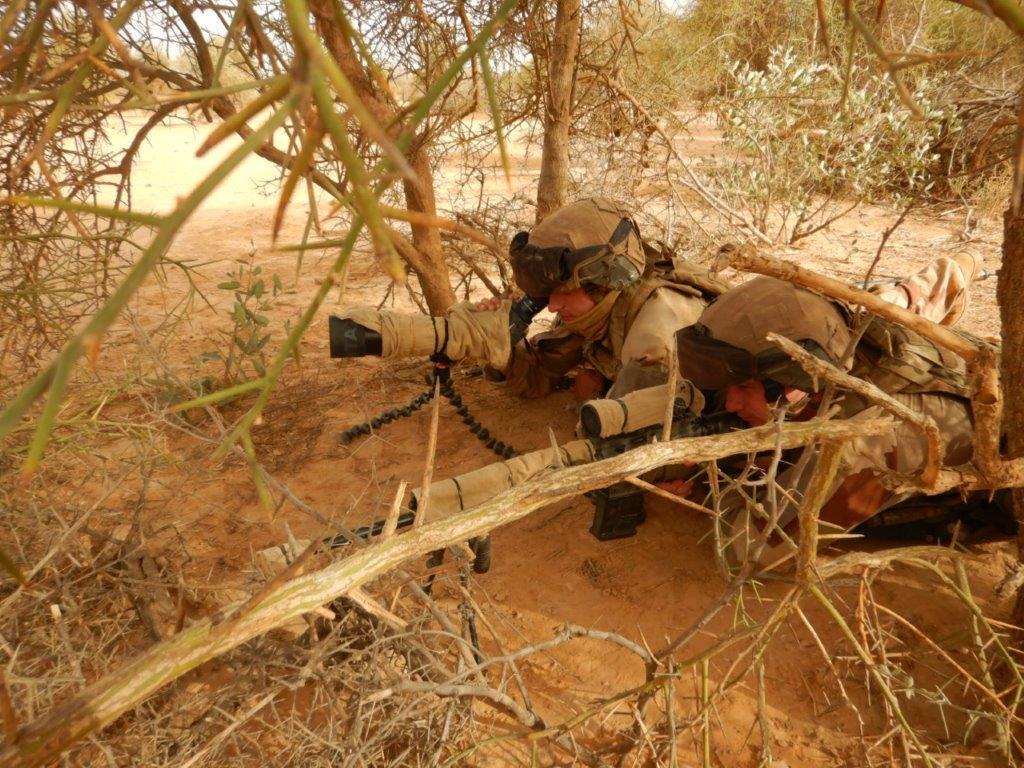 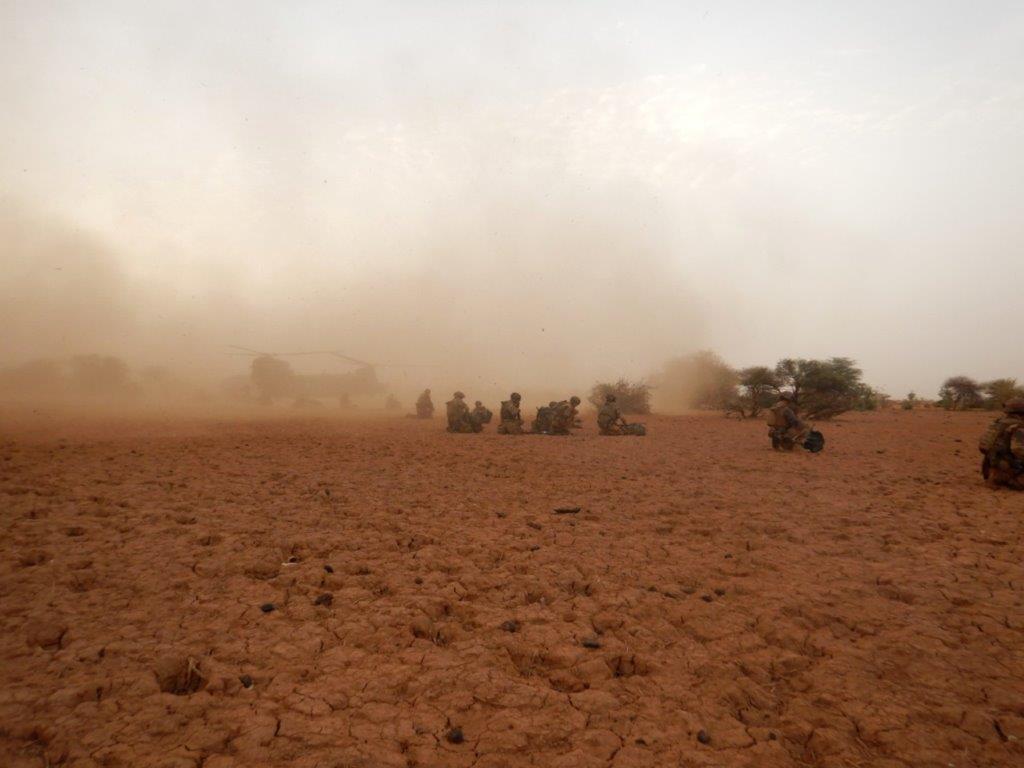 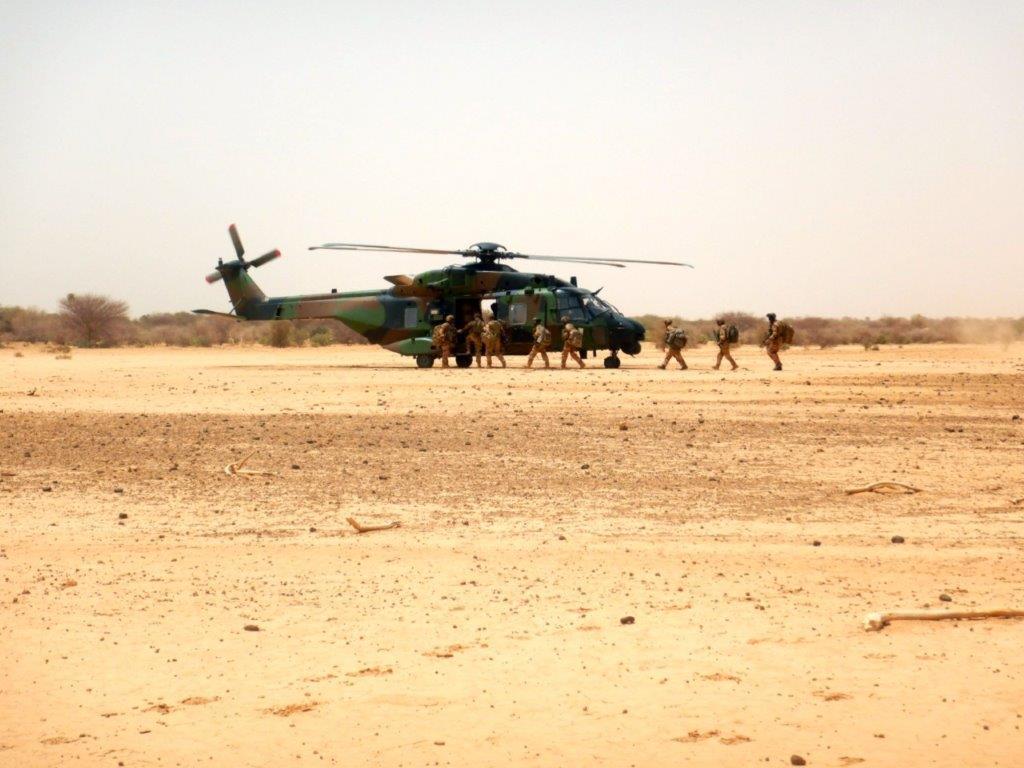 Spain is a discreet but long term partner of Op Barkhane with Spanish Op Marfil. Spanish AF C-130s and CASA have lent a helping hand to the French effort in the Sahel region since 2013. 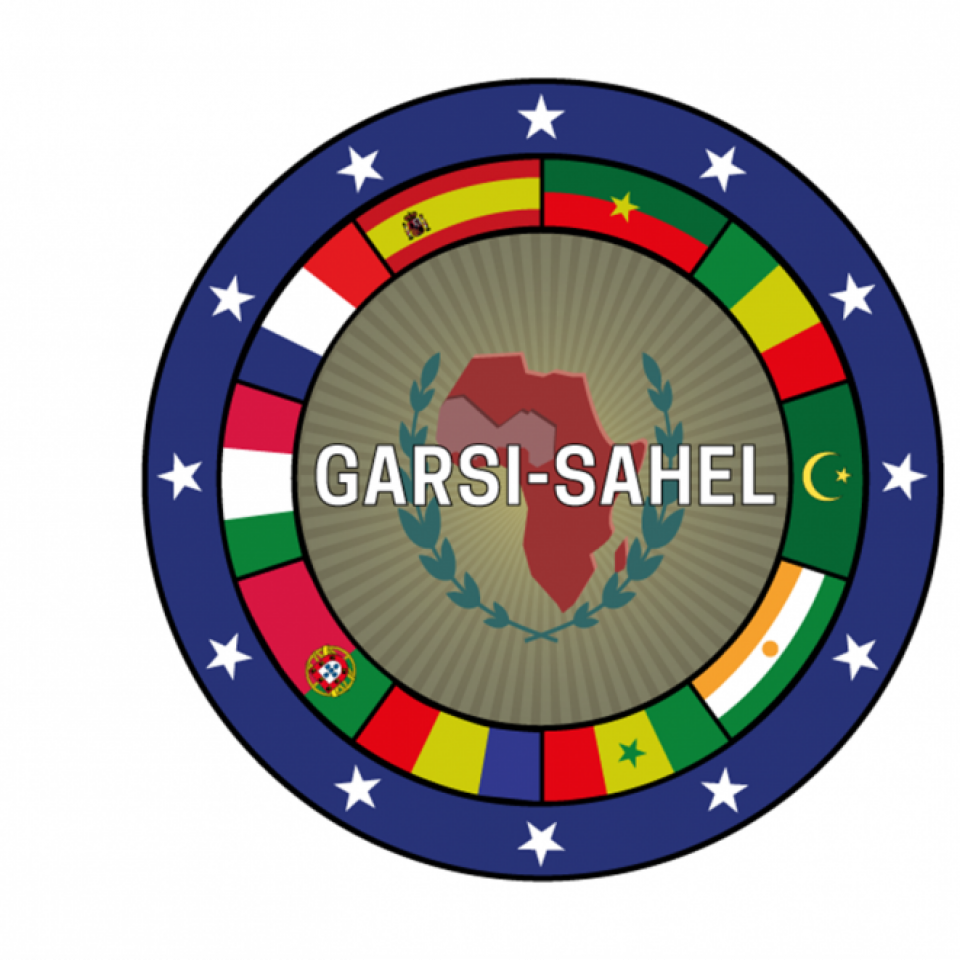 Rapid action groups - Monitoring and intervention in the Sahel (GARSI) 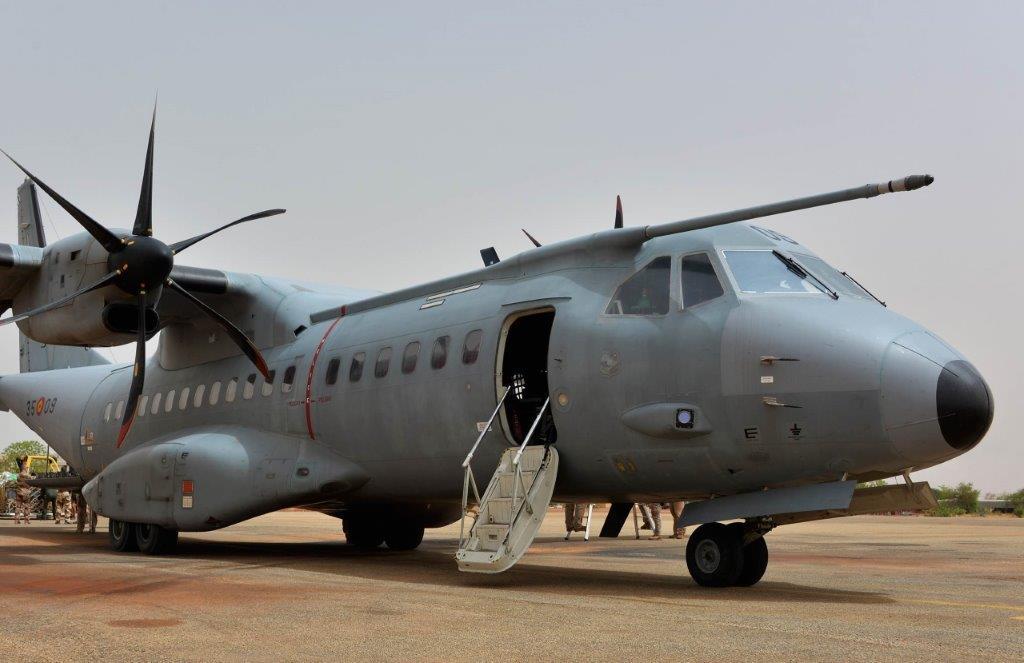 Italy's participation to TF Takuba is now in the hands of the italian MPs.

If approved, ITA could deploy with a large contingent of 200 pax, 20 GMVs and 8 helicopters.

forcesoperations.com
You must log in or register to reply here.