The other day my Aussie Son in Law asked my opinion about Cromwell, so after making sure he meant the man not the AFV I sent him a couple of audios that totalled 24 minutes, hope that was enough.

O.C. seems to be one of those historical characters that you either love or hate, I had one lecturer who thought he was the best thing to happen to England another who thought he was a political Luddite. In Ireland they will have one point of view in England another, but he does generate controversy. England’s only dictator, one of their best generals, creator of the New Model Army, one of the founders of the parliamentary system that evolved to the present day, he certainly left his mark.

First of all I think he has to be seen as a man of his times, a time when people saw things in black and white terms and of course their version of whatever was absolutely right and differences in opinion were simply wrong. This was the time of the Thirty Years War, when Catholics and Protestants were at each other’s throats. So above all he believed that his views were right and if not sanctioned by God, at least saw favour in God’s eyes. In this he was not very different to most men of the time. Charles 1 also believed in the Divine Right of Kings, that whatever he did had God’s favour, and this was a doctrine shared on the continent by other rulers and their supporters. So we can see a degree of intolerance that a modern day thinking man might not accept.

As a family man he certainly did look out for his loved ones. After his father’s death he returned to take care of his mother and unmarried sisters, and he always made sure his own family was taken care of. So, on that side I think he scores positively.

As a soldier and a general he is right up there. Right from the start he wanted men who thought right and were dedicated to what they did and believed in the cause, not drunken oafs who would sign on for a shilling and ale. His tactics might not have been wildly innovative, though he did instigate his cavalry riding knee to knee and had far more control over them than the Royalist cavalry. But as a trainer and motivator he was at his best, and it shows in his results with a very effective fighting force. The reforms that created the New Model Army had a great deal of OC in them, and again the results showed how effective they were.

As a politician he knew what he wanted and had little tolerance for fools, a sort of seventeenth century Maggie Thatcher. He had the force of will to do what he thought was right and to take power when he thought it was the only way to achieve this ‘right’. It comes back to his belief in that he had God’s countenance which was shown by the victories he was granted.

As a king killer he knew it was an immense step, but he saw no rest or end to civil war if the king was alive and stirring things up, constantly looking for ways back to power. It was a very courageous decision whether you consider it correct or not and he had the force of character to carry it through..

OK, that’s a long post, and I could write a lot more but I’d be interested from the History nerds among you as to how you see him in all or any of these areas.

He's probably the only individual ever who was dug up, tried, and hung post mortem.
Pretty gruesome. 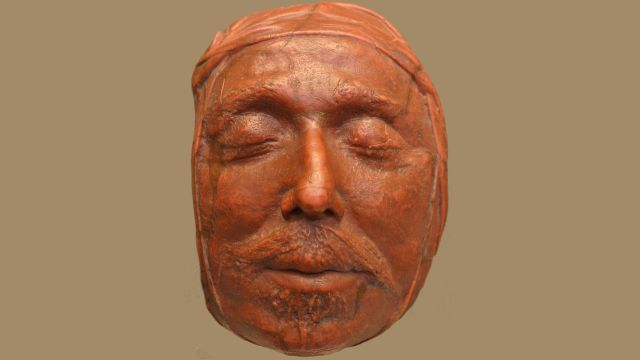 Robert the Bruce was another character of "His times".
No angel by any means to "his people" including culling farmers in the far north and laying waste to people , cattle, sheep and crops so the English could not use them to sustain.
I'd say Cromwell only did what he had to do from what I've read.
Last edited: 1 Apr 2021
​

The Irish hate him, so he couldn't have been all bad.
M

A Fascinating person and one that is not 'celebrated' enough. Sadly very little was taught at my schoool about the Civil War.It is very strange that we dont have any monuments at any battlefields.

You have to remember that when he did Drogheda he had already fought some serious battles and offerred the town the chance to surrender, but they refused and so 'no quarter' was given.

He was certainly sound in his treatment of the Irish. "Hell or Connaught"
The worst thing about the lock down is that it stops me being smug about getting early retirement

He closed all the theatres. He gets my vote.
You may not believe in God or a God, but trust me, when you’re really in the shit you will pray to everyone.

better "right but repulsive" than "wrong but romantic"

Book Reviewer
He was a terrorist, or freedom fighter dependent on your viewpoint.
Two things are infinite: the universe and human stupidity; and I'm not sure about the universe.
Albert Einstein

How did he feel about mime artists?
All in all, you're just another brick in the wall

An Englishman who quite happily sold Englishmen into slavery.

Into The Thames with him, I say.
'Where are the Snowdens of yesteryear'?

Book Reviewer
I was brought up in Skipton, the (Royalist) castle there was under siege during the civil war for three years, my views and knowledge of Cromwell and the parliamentarians are reflective of the town's history - and probably not dissimilar from other Yorkshire strongholds and castle towns.
I've not really studied much history before the Franco-Prussian wars, i'm beginning to think I should - Cromwell sounds interesting and bits of him may well be entombed at Newburgh Priory.
Socialism is a philosophy of failure, the creed of ignorance, and the gospel of envy, its inherent virtue is the equal sharing of misery.
Is druga é bugsy a dhéanann mí-úsáid ar colúir

Himmler74 reminds us with every post why he won SPoTY 2020.

No need for that, just because you can’t get in the Dress Circle.
In the beginning the Universe was created. This has made a lot of people very angry and has been widely regarded as a bad move.

Cromwell's men ruined our medieval village church, stole the glass and stabled their horses inside.
NULL

Ian525 said:
Cromwell's men ruined our medieval village church, stole the glass and stabled their horses inside.
Click to expand...

Is that the civil war version of 'the Germans bombed our chippy'?
Socialism is a philosophy of failure, the creed of ignorance, and the gospel of envy, its inherent virtue is the equal sharing of misery.
Is druga é bugsy a dhéanann mí-úsáid ar colúir

Himmler74 reminds us with every post why he won SPoTY 2020.
M

Ah but where the Royalist allowd to 'march out' from Skipton Castle with weapons and drums beating. I think it was in recognition of the defence they put up during that period

I’m no expert, and I’m going to condense what I have read, and @Dwarf has covered a lot.
OC came to public life (in a meaningful sense) quite late. He was a typical dour, solid yeoman of his times. His kindness to his servants and family was noted; he was also prone to bouts of melancholy and lethargy.
There was nothing in his early life to suggest he was in any way military, but once energised, he found a cause. And found he was actually good at it, and more importantly for OC and us, had a taste for it. Up to a point.
The (possibly apocryphal) “warts and all” comment on his portraiture may tell us something about the nation, and his ambivalence to the nation.
The background may, or may not be important. Puritans left England in the early 17th Century for different reasons. The narrative told nowadays is that they were oppressed. Not always so: many thought that their current host countries were a bit soft, and so they sought tougher regimes abroad, a ‘new Jerusalem’ if you like.
As a middle-aged man with responsibilities in rural England, not an option for OC?
The above is off the top of my head, and happy to be corrected, ridiculed, etc...
ARRSE speling champeon 2019

Ortholith said:
How did he feel about mime artists?
Click to expand...

He had nothing to say on the issue.
You set ‘em up, I’ll knock ‘em down, etc
ARRSE speling champeon 2019

Gout Man said:
No need for that, just because you can’t get in the Dress Circle.
Click to expand...

I’ve been an actor. I played a stand up comic.
You may not believe in God or a God, but trust me, when you’re really in the shit you will pray to everyone.