Kit Reviewer
Book Reviewer
My sister in law has been going through some junk at her family’s house in Normandy.

In one of the sheds they’ve found a big stash of old radios and bits of radios.

They appear to be military but other than that they have no idea about them or what the story is.

Someone has obviously collected them and put them there for a reason? Could they be WW2 radios? We’re obviously hoping we’ve stumbled across a forgotten hoard of Nazi enigma machines or something.

Apologies for the poor pics, this is all I have at the moment. Currently awaiting some close ups.

Can anyone make anything out from these pics? Are they worth anything? Worth keeping? Donate to a museum? 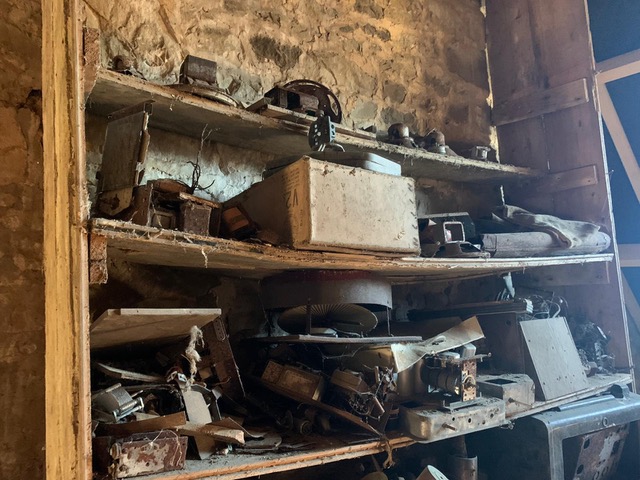 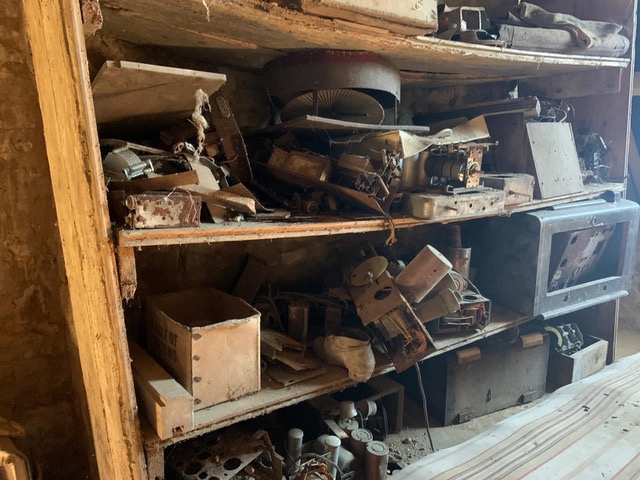 Looks like a case for an old field telephone to the right on the bottom shelf?

I am not an ex-Scaley and I know nothing about radios other than CB, but contact Royal Signals at Blandford Forum (speeling crap), RAF Padbrat will give me hard times.

No idea whether they are mil or not from these photos. However, there are several very reputable museums in Normandy (The Pegasus Museum and Caen Memorial to name but two) and many other local and ad-hoc affairs. I suggest taking photos and a few bits to one of them for their opinion. In the worse case, they will probably know where to find someone who does know.

Out of interest, roughly where are they in Normandy? I am heading up to the Orbec/Lisieux area tomorrow.

DB216LOKDVR said:
I am not an ex-Scaley and I nothing about radios other than CB, but contact Royal Signals at Blandford Forum (speeling crap), RAF Padbrat will give me hard times.

PS; The shelving looks like it about to collapse. Sell it to the antique collector on the TV (Drew something or other), WW2 era shelving used by the Resistance etc etc, You will be quids (or Franc's) in.

Usual commision to be paid to my Offshore Bank Account.

DB216LOKDVR said:
I am not an ex-Scaley and I nothing about radios other than CB, but contact Royal Signals at Blandford Forum (speeling crap), RAF Padbrat will give me hard times.

Good point. The French Scaleys are just a step away in Rennes. There is a R Signals LO there.

Kit Reviewer
Book Reviewer
Cheers for the replies. I’ll definitely direct them towards the Caen Memorial and Pegusus museum to see if they can make heads or tails of any of it.
One cannot begin to fathom the immensity of the **** I do not give.

Put a mug of tea and deep space nine dvd in the pic and you’ll have the scalies in a wanking frenzy.
You may not believe in God or a God, but trust me, when you’re really in the shit you will pray to everyone.

Wounds my heart with...
Now in my 60's and even grumpier than I was in my 50's. Just so long as you realise that I'm right and you're wrong, we'll get along just fine, OK?

Book Reviewer
Radio Hams are always on the lookout for radio parts, in particular old radio valves. Because of the nature of my business, they sometimes ask me for them. I mostly answer them "Do what the boys did in the 'Stalags' make them out of old Bean cans!'
There was Jones 09 who always felt the strong need to bang away at Jerrie's line, Evans 15, white faced and nervous but squared up, and did his duty, and my batman Williams 51, the most perfect gentleman that I have ever met. They are all gone now, my lovely boys! Pl Comd 2nd RWF Nov 1917.

Unless there's some markings suggesting they're militaria, I'd think it's more likely someone's collection of 'repairable' radios and amplifiers from the '50s and the collector probably died before 'they got around to it' and tried fixing them. They've probably been cannibalised for any useful parts.

It looks like a 1950s version of my desk, though mine has bits of dismantled PCs and laptops that the lockdown has forced me to get around to sorting out. My main thoughts whilst doing it are along the lines of 'What possessed me to keep this crap for so long?'

I'd just google for any maker's names or model numbers to see if it a priceless hoard of militaria. The glass valves are usually worth a bit, they're fragile, don't last and generally aren't now made; see E-bay. They may also be the reason why the military (if any involved) abandoned them.

Our inventions are wont to be pretty toys, which distract our attention from serious things. They are but improved means to an unimproved end, an end which it was already but too easy to arrive at.

Bletchley part have buildings full of this old shite, they collect it .

I'll give you a fiver for any old SG Brown headphones you find.
I was gender fluid until I evaporated...

endure said:
I'll give you a fiver for any old SG Brown headphones you find.
Click to expand...

Shhhh! Ravers doesn't know anything about radios. I'm hoping to mug him for a bargain

What size are the boots?

If anyone in Southern Ontario is interested, The Hammond Museum in Guelph has a wonderful collection.

Bleeding-heart Liberals like you are the reason we no longer have an Empire.

It wasn't Broadsword calling Danny Boy.
It was the pipes, the pipes.
Peccavi.

Our inventions are wont to be pretty toys, which distract our attention from serious things. They are but improved means to an unimproved end, an end which it was already but too easy to arrive at.