Uniform to Work Day is a chance to celebrate the contribution that more than 20,000 reservists across the UK make to the armed forces. By wearing their military uniform to their civilian place of work, reservists from the British Army, Royal Navy and Royal Air Force are highlighting the fact that they are ordinary citizens who go the extra mile for their country.


Our reserve forces play a vital role building the modern, integrated, well-trained and well-equipped armed forces we need to meet the challenges of the future. Reserves come from all walks of life and joining the forces offers them the chance to face new challenges and bring new skills and experiences back to their workplaces.

I am proud that so many reservists are taking part in Uniform to Work Day today; it is right that our reserves are able to wear their uniforms with pride and remind people of the huge contribution they make.

I would also like to thank all the employers around the country who rightly make it possible for their staff to be a part of our reserves. I hope that even more people will be inspired today to find out about the fantastic opportunities being a member of the reserves can provide.
​ 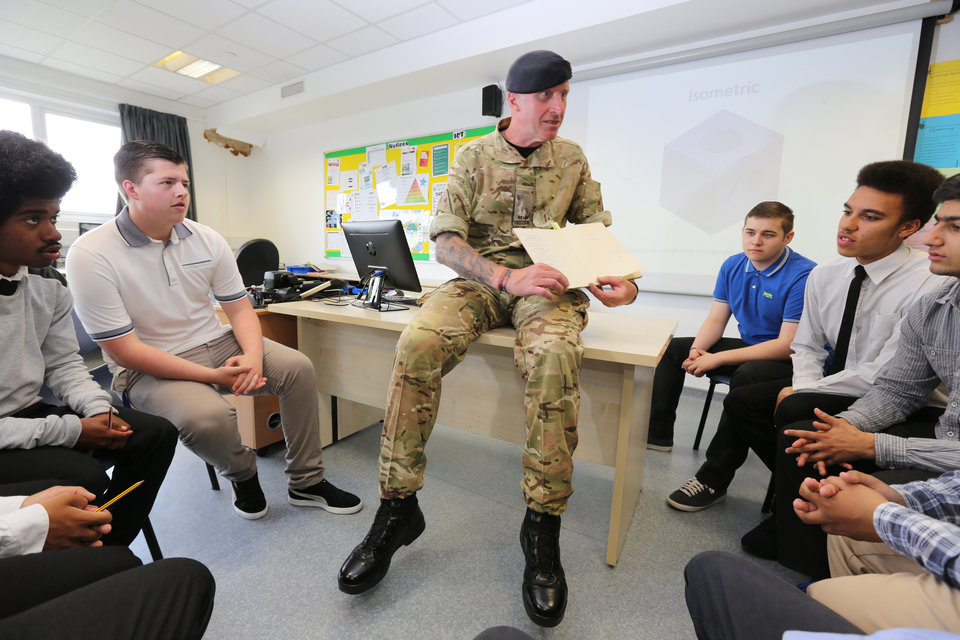 Many of the reservists taking part have served on operational tours and have a wealth of skills and experience from civilian life that they bring to their roles in the armed forces.

Craftsman Iain Fitt balances life as a busy school teacher with a career in the Army Reserve. He serves in the Military Stabilisation Support Group, a tri-service organisation made up of regulars and reserves which provides military support to the civilian efforts to stabilise countries around the world which are either emerging from conflict or are at the risk of sliding into chaos.


I joined the British Army Reserve at quite a late point in my life, but as both my great-grandfather and grandfather saw active service I felt that I needed to serve. It has been a decision that has made an immeasurably positive difference to my professional and personal life.

Working with such a highly skilled and diverse range of people that reflect modern British society, and who are unquestioningly supportive of each other, is such an uplifting experience.

The values and standards that we live and work by equip you with a ‘can do, will do’ mentality that gives you the confidence in your ability to attempt pretty much anything. It is a matter of immense pride to me to be the third generation of my family wearing this uniform.
​ 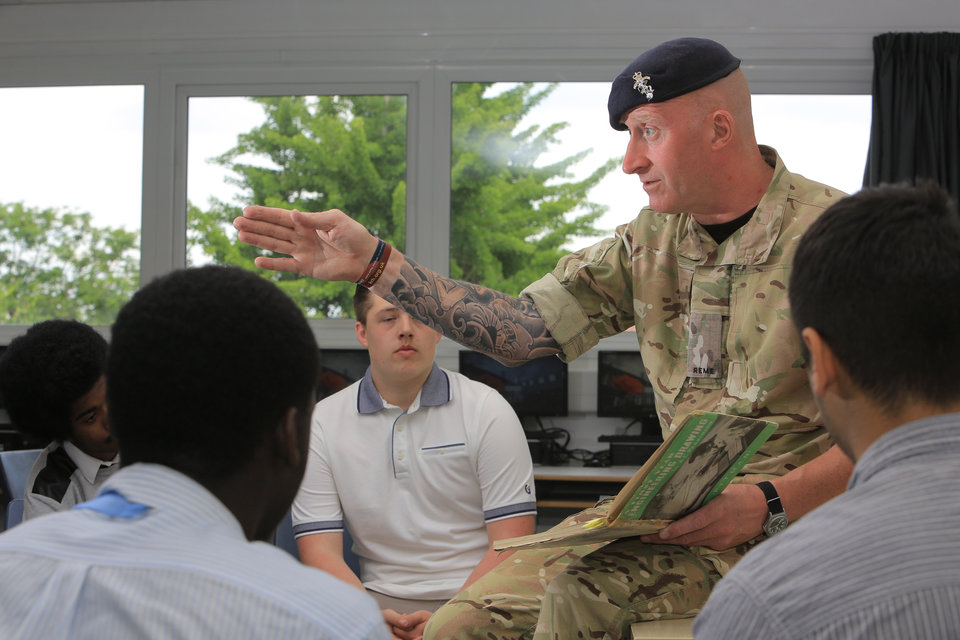 Security firm G4S is one such company showing their support on Uniform to Work Day by pledging to sign the corporate covenant and recruit 600 reservists.

The UK reserve forces play a vital part in our nation’s defence. Find out how you can get involved and what is on offer for reserves.

Are ACF Instructors supposed to be doing this? The only people I know bothering are fat ACF wannabes.


Posted from the ARRSE Mobile app (iOS or Android)
"Anything worth doing is worth over-doing...moderation is for Cowards"

IIRC, the ABN/DIN doesn't mention the ACF, just the Army and AR.

I wouldn't have thought so as they're not Reserve Forces...just about sums some of them up though doesn't it?


Posted from the ARRSE Mobile app (iOS or Android)
Who me?
Real stupidity beats artificial intelligence every time!

Book Reviewer
Do you have to pay a pound to wear it?
We should remember the tremendous contribution of the Queen Mother to the war effort:
As the BBC pointed out, she 'bravely remained in London beside her husband' during the war.
This contrasts sharply with the actions of my grandfather who, on the declaration of war immediately left his wife and children and pissed off, first to France, then North Africa, Italy, France (again) and finally Germany.
The shame will always be with us.

Oi oi...not all of us want to swan around the office in our kit!

I think the whole thing is a bit suspect, whether Reserves or ACF/CCF.Your employer already knows, you have probably bragged to your work collegues anyway, and in the case of the teacher in the article, thats openning him and the school up to a whole heap of issues.

I don't wear a suit and tie on a detachment night so why wear a uniform on a work day?

(although my molle webbing would take all the chocci bars and red bull I need to get through a day at work!)

Reserves Day 2020: stepping up to protect the UK