Around 5,000 people are expected to gather at the Queen Elizabeth Olympic Park on the evening of 10 September for the opening ceremony of the Invictus Games, the international sports event for ‘wounded warriors’ launched by Prince Harry.

The opening ceremony will include an exclusive performance of the official anthem, penned by Coldplay’s Chris Martin.

Other highlights of the ceremony line-up are a flypast by the Red Arrows and displays by the King’s Troop Royal Horse Artillery and the Queen’s Colour Squadron (63 Squadron RAF Regiment). They will be joined by bands from the Royal Marines, Army and Royal Air Force.

The crowd can also look forward to a competitors’ parade featuring all 400+ wounded, injured and sick servicemen and women (serving personnel and veterans) from 14 nations, who will go on to compete in 4 days of sport from 11 to 14 September.

One of those hard in training and hoping to be selected for the British Armed Forces team is Lance Corporal John-James Chalmers of 42 Commando Royal Marines.

Lance Corporal Chalmers suffered severe injuries in an improved explosive device blast in Afghanistan in 2011. The 26-year-old from Edinburgh hopes to compete in athletics and cycling at the Invictus Games. 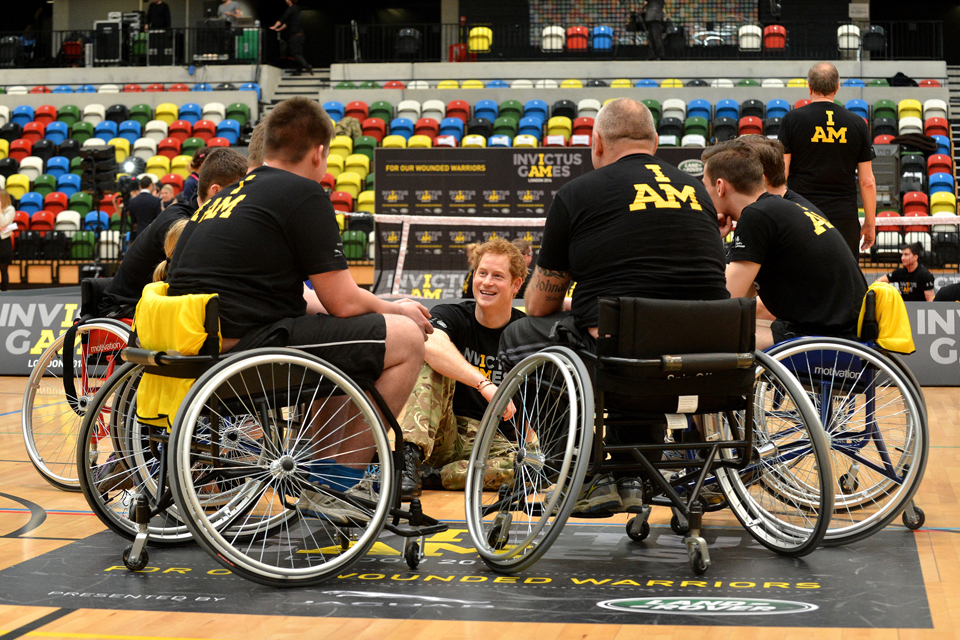 
The Invictus Games have given a whole international community of wounded, injured and sick servicemen and women something to strive for. For us it’s about much more than 4 days of sport. But come September we’ll be ready to show our Invictus spirit in the sporting arena.

The Invictus Games are being organised with the support and backing of the Royal Foundation of the Duke and Duchess of Cambridge and Prince Harry and the Ministry of Defence.

They will use the power of sport to inspire recovery, support rehabilitation and generate a wider understanding of and respect for those who serve their country. The Games will feature 9 adaptive sports at the Queen Elizabeth Olympic Park and Lee Valley Athletics Centre.

Edi Stark talks to television presenter and former Royal Marine JJ Chalmers about the Invictus Games and his career in radio and television.