During his visit to the newly-refurbished training centre on 4 July, the Prime Minister saw first-hand the vital role that reservists play in the armed forces.

It is hoped that the new centre will increase the Royal Marines’ footprint in Edinburgh, strengthen interest and recruitment from the local community, and expand the size of the detachment.

Speaking at the opening, the Prime Minister said:


We are looking to expand the contribution made by reserves. We have a lot of work to do in this area and the Royal Marines Reserve is a crucial part of that expansion. It is a real pleasure to be here and open this splendid new building.
​ 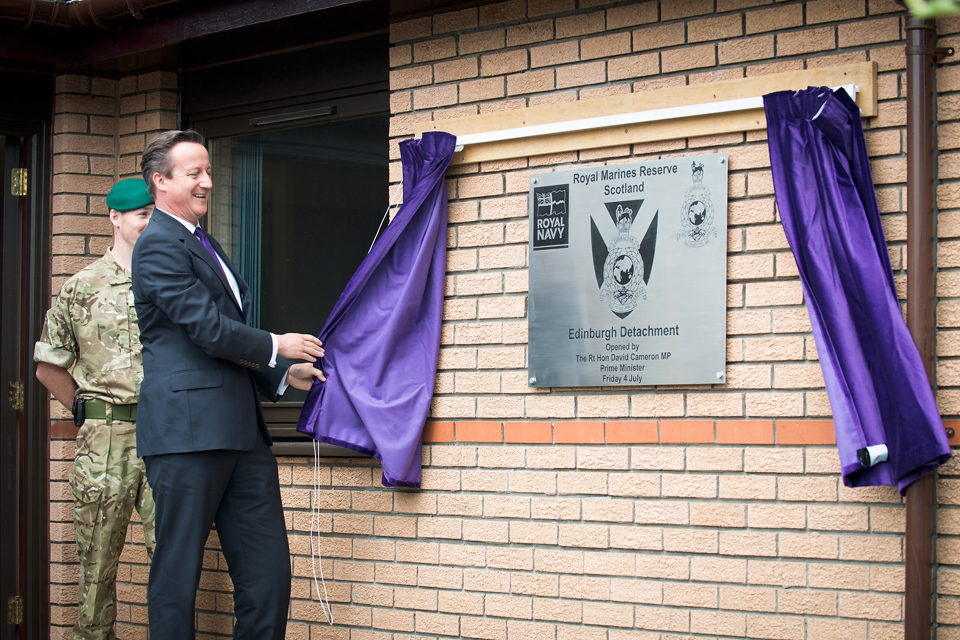 Reservists from the Edinburgh detachment have supported operations around the world, including Afghanistan, Iraq and the London Olympics, and later this month they will lend their support to the Commonwealth Games in Glasgow.

Commodore Andrew Jameson, one of the Prime Minister’s hosts during his visit, said:


The Future Reserves 2020 white paper sets out an exciting future for the reserve forces to provide military capability as a matter of routine. The future reserves will be recognised as a central part of defence, and its volunteers recognised by society for their commitment.

As part of this programme, we are committed to providing infrastructure that encourages recruits to join, and allows for the best possible training. This new facility for the Royal Marines Reserve in Edinburgh is a fantastic example of this betterment programme having real effect.
​ 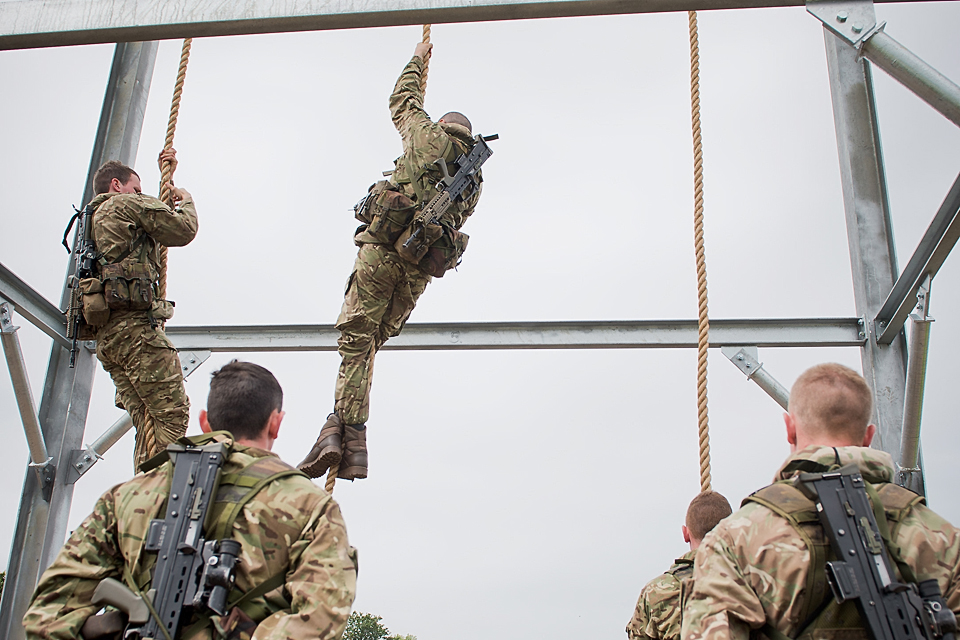 The RMR Scotland Edinburgh detachment was, until recently, located in a portable cabin. The new facility, costing £290,000, has now expanded, with the addition of commando-specific training frames.


It was very important to us that the Prime Minister took the time to come here and open the new Edinburgh detachment of the Royal Marines Reserve Scotland in recognition of the step-change in the role of the reserves and their commitment to operations over the past 10 years.
​
The UK reserve forces play a vital part in our nation’s defence. Find out how you can get involved and what is on offer for reserves.

Navy rum ration to be reintroduced
2