Ministry of Defence said:
As dawn broke over the base on Sazan Island off the coast of Albania a series of explosions announced the arrival of the Royal Marines as they began a full scale amphibious attack.
As part of Exercise Albanian Lion, the marines landed on the shores of Sazan Island and, amid a scenario based around smugglers, social unrest and the rise of terrorist groups, the commandos attacked the hostile nation from the sea by climbing cliff faces in darkness to surprise the enemy.
The personnel of 42 Commando, based in Plymouth, are part of the Lead Commando Group (LCG) and are honing their skills for contingent operations  where they must be ready to react at a moments notice  as part of the Royal Navy deployment named Cougar 13.
Exercise Albanian Lion
Unbeknown to the smugglers hiding out on the Albanian island, they had been observed for the last few days by the Royal Marines Surveillance and Reconnaissance Squadron.
Once a picture had been built of the enemy locations the initial dawn attack was initiated by explosions which simulated bombs dropped from RAF Hawk jets.
Troops from J, K and M companies of 42 Commando then started their ground assault, surprising the enemy by storming their stronghold locations. 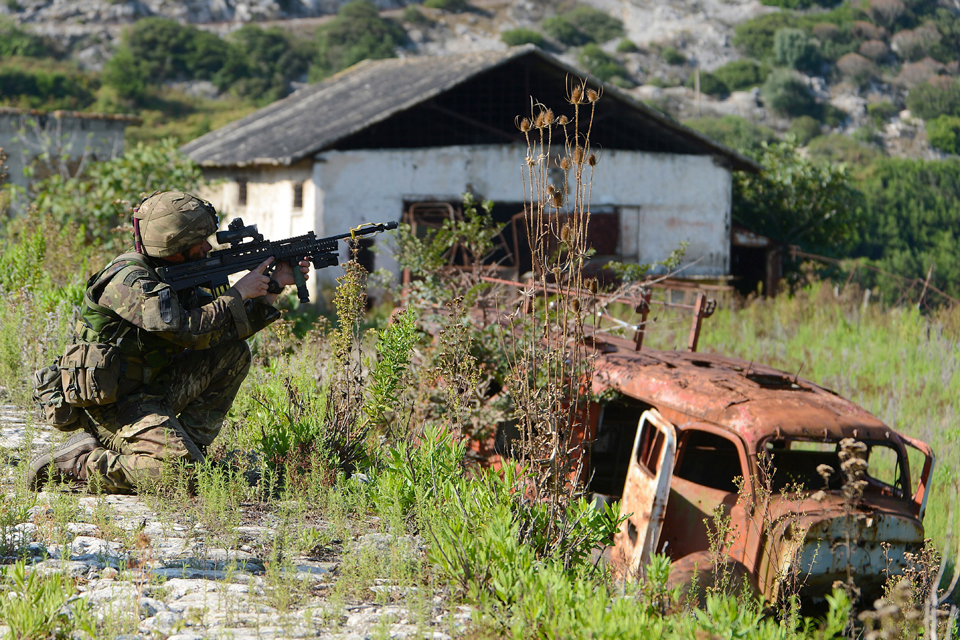 A Royal Marine looks out for the enemy during the assault on Sazan Island [Picture: Petty Officer (Photographer) Sean Clee, Crown copyright]The attack, which lasted 11 hours, saw the commandos clear their way through a maze of tunnels and buildings gathering information for further operations over the next few days.
Sazan Island, as well as being an old Soviet submarine base, used to be home to a chemical and biological weapons plant and there are more than 100 buildings and 5.7 square kilometres of trenches and bunkers.
The island is now uninhabited apart from a small manned naval base used mainly to counter contraband routes between southern Italy and Albania. 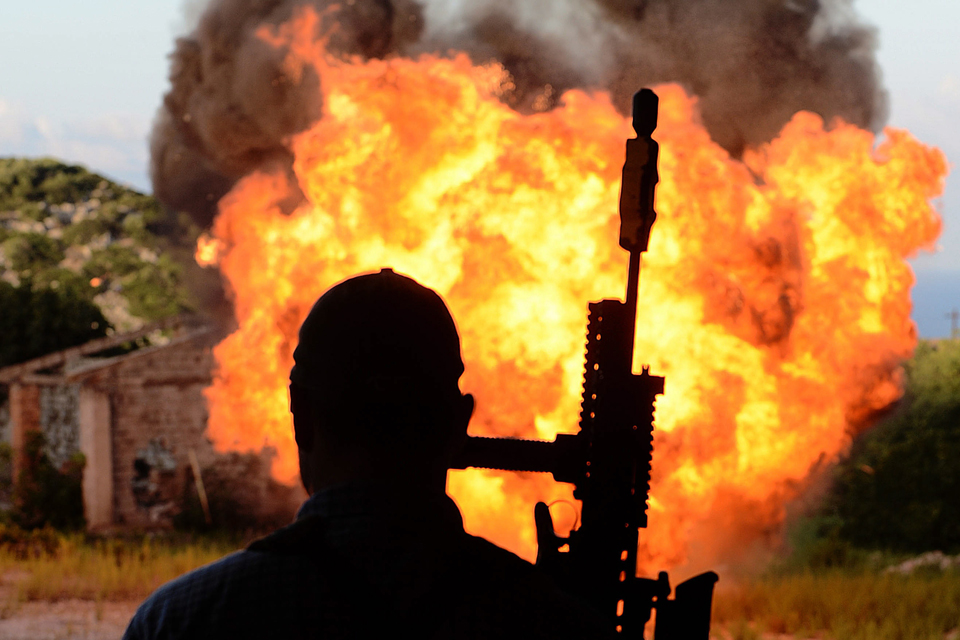 An enemy position is destroyed by a simulated air attack during the assault on Sazan Island [Picture: Petty Officer (Photographer) Sean Clee, Crown copyright]During the exercise the troops were visited by Major General Xhemal Gjunkshi, Chief of General Staff of the Albanian Armed Forces, and the British Ambassador in Albania, Nicholas Cannon.
They were escorted around the vast training area by the Deputy Commander of 3 Commando Brigade, Colonel Kevin Oliver. 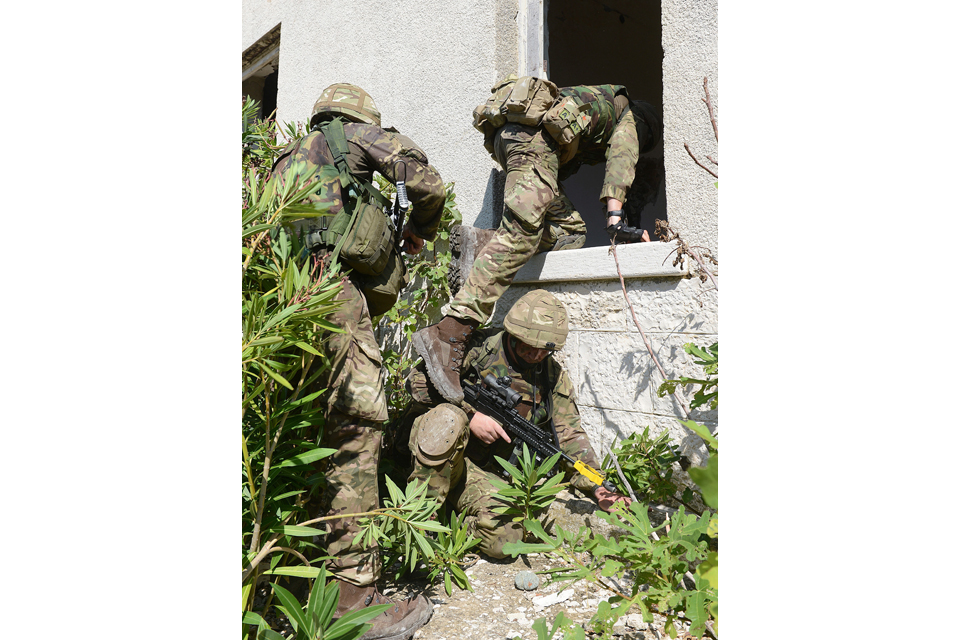 We are delighted to be here with our NATO allies for the third year running. The facilities are some of the best training areas the task group has ever used.
We are extremely grateful for the use of their facilities and for the chance to work alongside the Albanian forces sharing experiences and operations.
​ 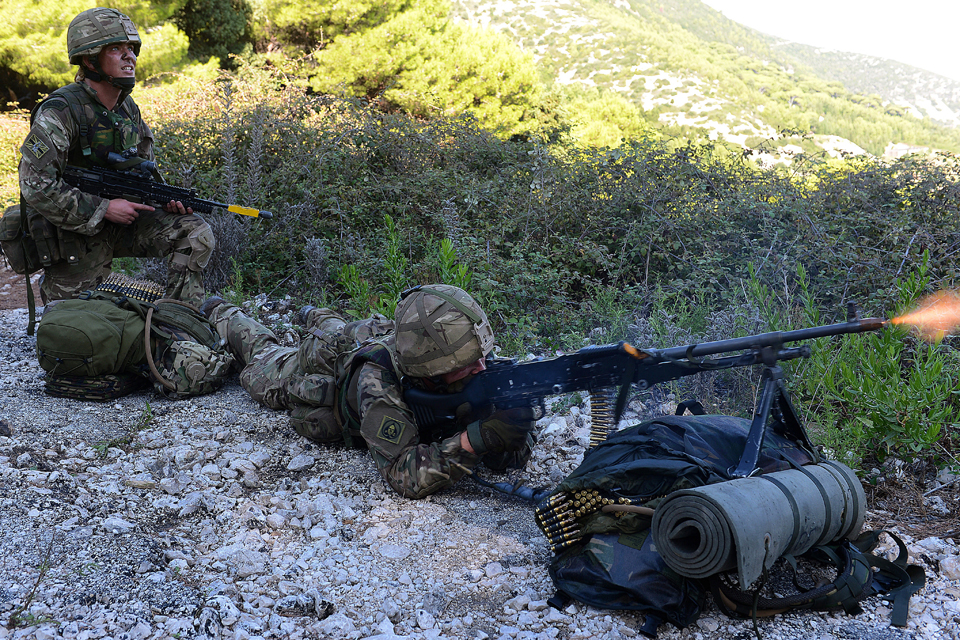 A Royal Marine opens up on an enemy position with a general purpose machine gun during the assault on Sazan Island [Picture: Petty Officer (Photographer) Sean Clee, Crown copyright]Over the subsequent 96 hours the marines carried out further assaults onto positions 150 kilometres away as well as an evacuation with British embassy staff which saw British nationals safely extracted from a hostile environment.
As part of the Royal Navys Response Force Task Group, the LCG is projected from the sea by Royal Navy warships into trouble spots across the globe as dictated by government. 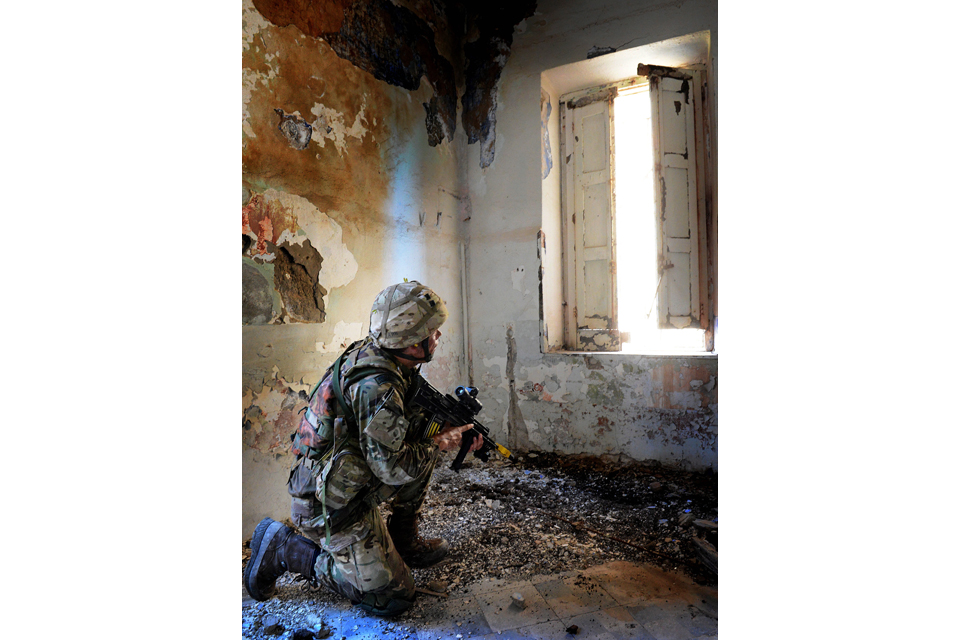 A Royal Marine keeps a watchful eye out for the enemy during the assault on Sazan Island [Picture: Petty Officer (Photographer) Sean Clee, Crown copyright]Lieutenant David Kirk, Commander of 5 Troop, K Company, led the initial assault on the old submarine base and said:

Moving up through the valley was pretty challenging; youve got a lot of kit on and the heat even at night-time is considerable.
Our part of the attack lasted about 6 hours and, although challenging, all our aims were achieved.
We knew it was going to be difficult before we started so we mentally prepared ourselves beforehand and just pushed on through.
​ 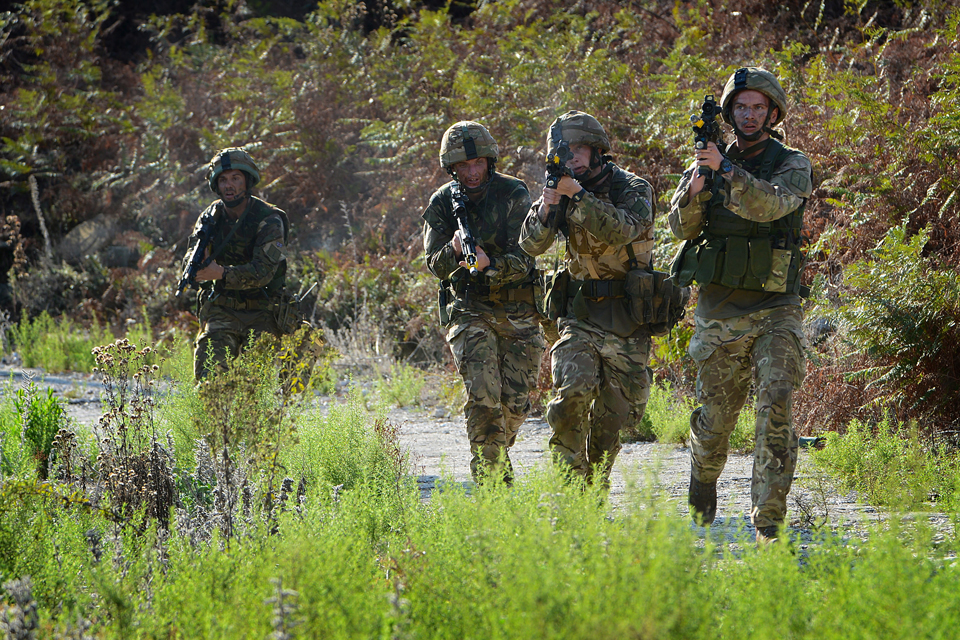