On arrival RFA Argus will play a vital role in transporting medical teams and equipment as well as assisting experts deployed to help tackle the Ebola epidemic. The deployment that is expected to last up to 6 months.

Defence Secretary Michael Fallon visited RFA Argus, an aviation support ship, earlier in the week to emphasise the leading role which the UK has taken in tackling the crisis in Sierra Leone. 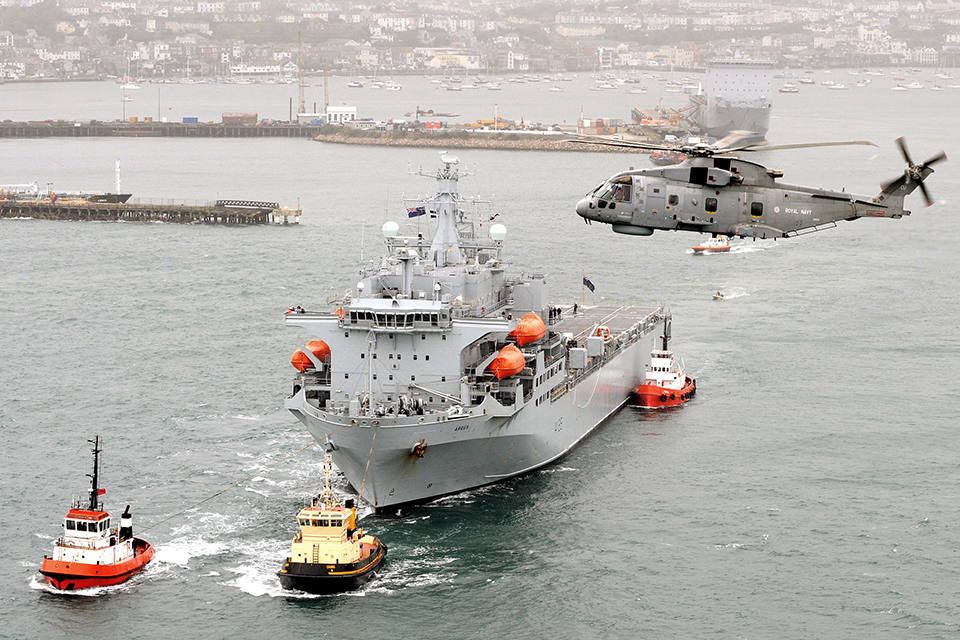 
The UK is leading the international fight against Ebola. The deployment of RFA Argus is absolutely key to that effort – not only to help save lives in Sierra Leone but also to help keep Britain safe from this terrible disease.

I saw for myself when I visited Falmouth on Tuesday the deeply impressive preparations which RFA Argus’s crew have made to tackle the wide range of demanding challenges which they will have to overcome.

It gives me great pride to thank the crew for their outstanding work and wish them a safe voyage.
​
By the end of October, defence’s total contribution to tackle Ebola in Sierra Leone will amount to 750 personnel and the UK’s treatment centres will provide direct medical care for up to 8,800 Ebola patients over 6 months. 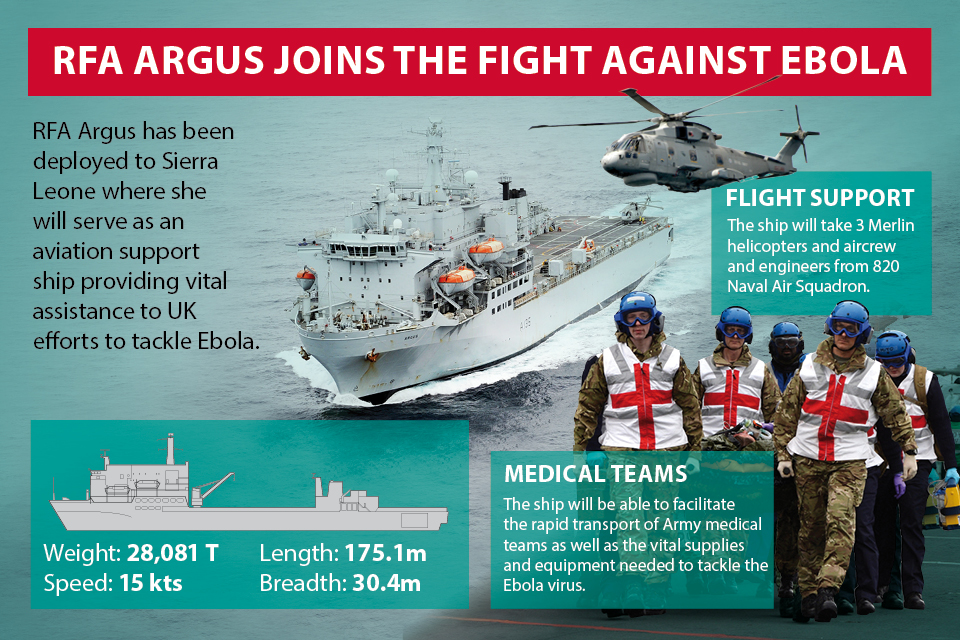 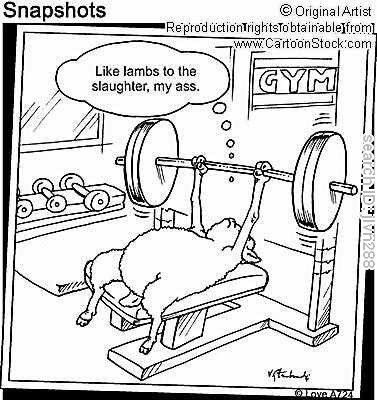 News story: UK standing by for Storm Isaac in the Caribbean