Showcasing the best of Britain’s ceremonial troops and inspiring stories from our wounded, injured and sick personnel, the ceremony at the Queen Elizabeth Olympic Park also included some surprise moments. 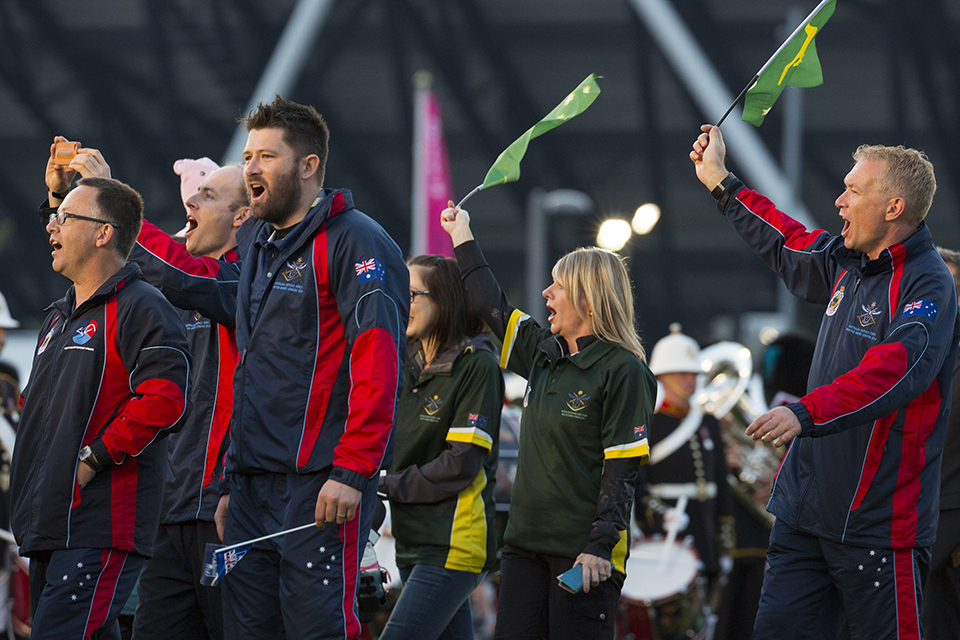 Prince Harry was joined in the stands by the Prince of Wales, the Duchess of Cornwall and Prince William, in front of an audience of 6,500.

The event was opened by the Band of Her Majesty’s Royal Marines Collingwood, the Band of the Irish Guards, and the Central Band of the RAF who played the national anthem and fanfare as the RAF Aerobatic Display Team, the Red Arrows, performed a flypast in their distinctive red Hawk jets.

Actor Idris Elba took to the stage to read the iconic poem by William Ernest Henley, ‘Invictus’, from which the Games draw their name and inspiration.

On giant screens the audience were shown footage of wounded service personnel overcoming adversity, moving from despair to success through the medium of sport. 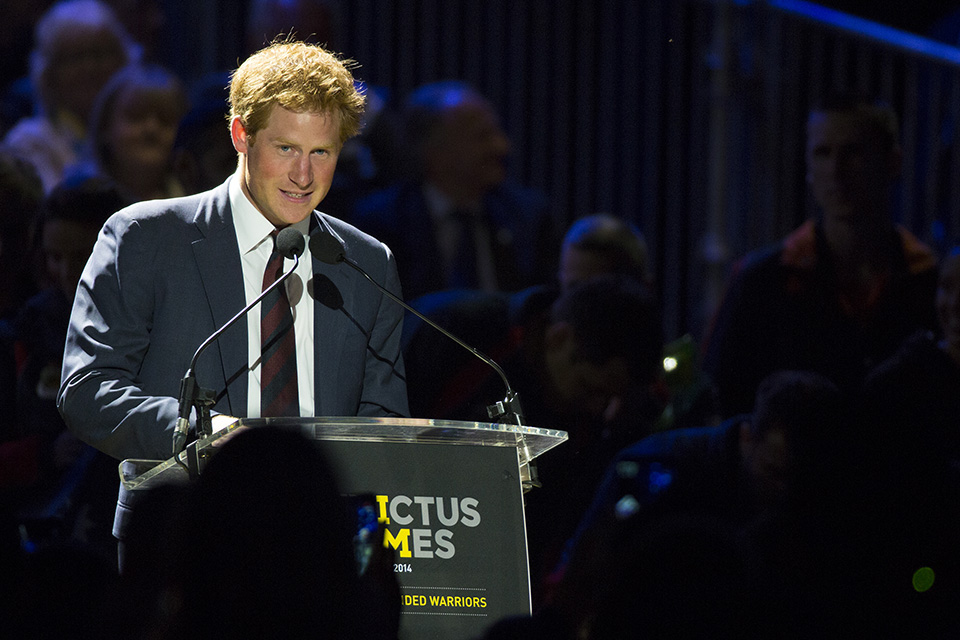 Prince Harry said there was one thing that all the service athletes shared: sport.


Sport has been a vehicle for their recovery, allowing them to channel their passion into what can be achieved rather than what can’t. No longer are these inspiring young men and women defined by their injuries, but as athletes, competitors and teammates.
​
Prince Harry assured everyone that ‘lives will be changed this weekend’ before declaring the Games open.

Almost 250 ceremonial troops and musicians then took to the arena in the parade of the services. They formed an honour guard flanking the sides of the arena as 78 tri-service cadets from across London escorted in more than 400 athletes and their helpers. 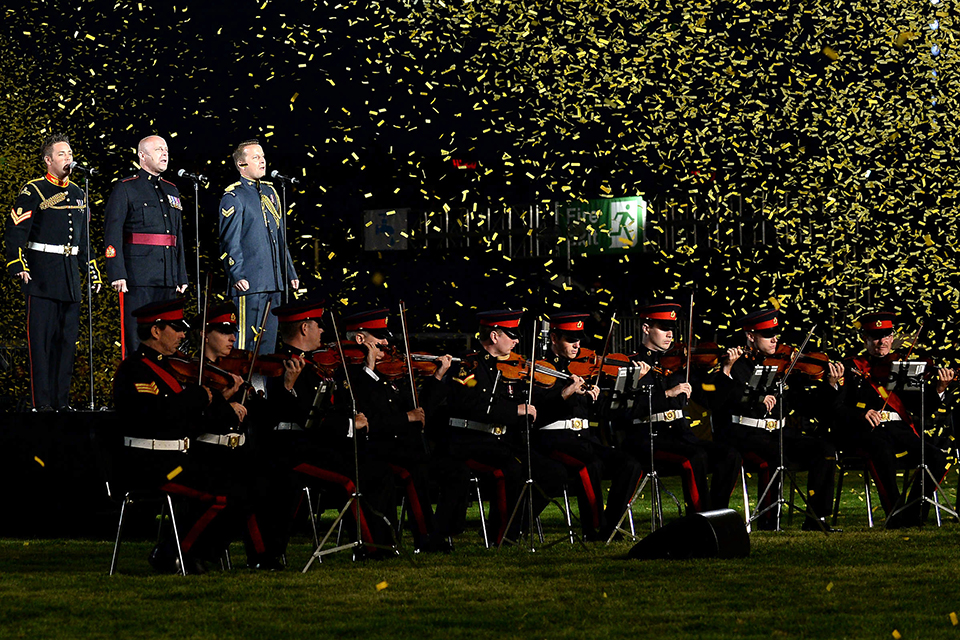 Six athletes from Afghanistan led the parade of competing nations, and as the last of the 130 service athletes from the United Kingdom entered the arena, they were joined by the Invictus Games’ mascot: ex-military working dog ‘Fire’, a female black labrador.

Fire, like so many of the athletes on parade, was badly injured in an explosion in Afghanistan but has overcome her injuries and returned to full fitness.

13 nations will compete over 4 days for gold, silver and bronze medals. Other countries taking part in the Invictus Games are Australia, Canada, Denmark, Estonia, France, Georgia, Germany, Italy, the Netherlands, New Zealand, and the USA, who inspired the event with their Warrior Games in 2013.

As dusk began to fall, the cadets, still carrying the national flags, moved into formation and turned the flags over, revealing a golden yellow reverse, then placed them on the ground and, standing tall, lit flares; the final effect dramatically spelling out ‘I AM’, the Invictus Games logo.

Edi Stark talks to television presenter and former Royal Marine JJ Chalmers about the Invictus Games and his career in radio and television.