The Prime Minister announced the deployment of a further 2 RAF Tornado GR4 jets to Akrotiri to increase the resilience of the force, which now numbers 8 aircraft.

He also announced a decision to maintain 3 Tornado squadrons in service until March 2016. No 2 (Army Cooperation) Squadron was due to stand down from service in March 2015 but will now continue to offer precision firepower together with vital intelligence and surveillance. 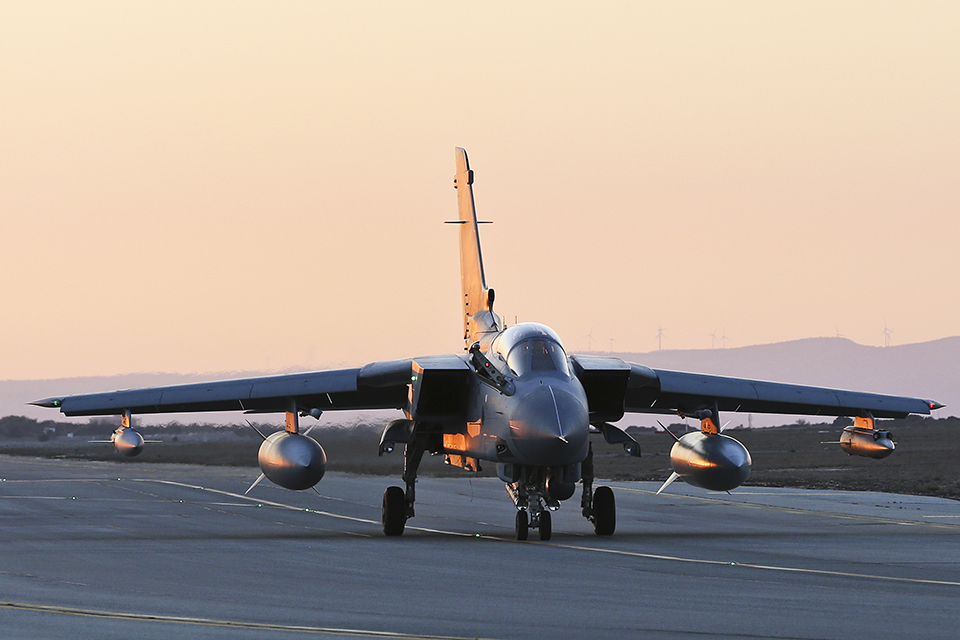 
RAF Tornado GR4s deployed to RAF Akrotiri in mid-August in a purely intelligence and surveillance role.

Since then we have been looking at ensuring the resilience of this deployment and, with this in mind, an additional 2 aircraft have been deployed to ensure that we are able to maintain support to the Iraqi government by ensuring operational patrols over Iraq alongside our international allies.
​
The Royal Navy has also been participating in a support role in the Middle East with warship HMS Defender having been in the Gulf since June.

The ship recently joined the international operation and is providing protection for US Navy aircraft carrier USS George H W Bush and her aircraft as they launch air strikes against ISIL targets, supporting Iraqi and Kurdish forces on the ground.

RAF Fighter Jets, Surveillance and Refuelling aircraft have been in action across Europe this week in support of NATO allies