118 said:
Don't play coy. The story, up to that point, had been plod had no idea where they were.
Don't pretend that you knew any different at that point unless you're a bona fide psychic- which I doubt.
Click to expand...

Your own timeline picture shows the Skripals driving from the direction of his home at 13:30 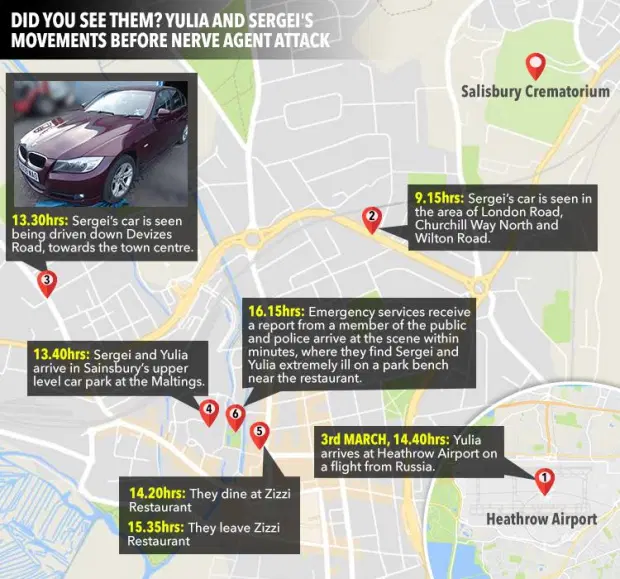 This conspiracy site places them having left home at approx that time:

We have the CCTV footage with the car passing at approx 13:30 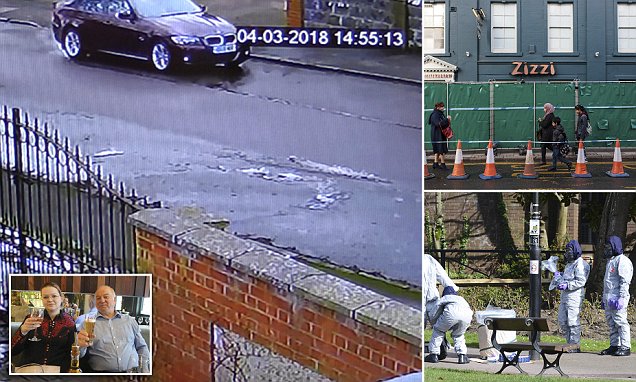 CCTV has been released of ex-Russian spy Sergei Skripal driving into Salisbury with his daughter Yulia before they were found collapsed on a bench.

www.dailymail.co.uk
(Remember that this is the one with private CCTV showing the wrong time?)


You forget me always asking you how sure you were about the 'never to return'?
.... which just happens to be a narrative pursued by Russia ... 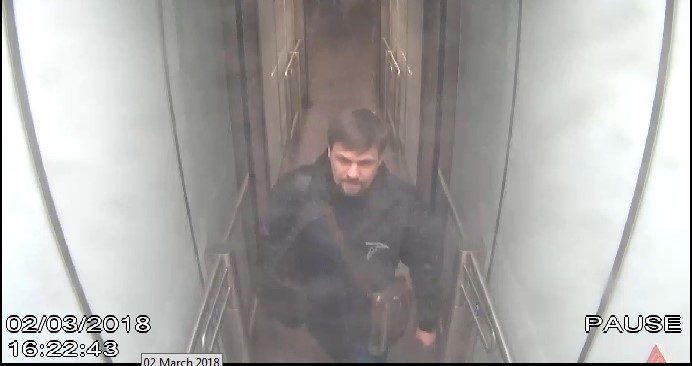 FactCheck: Russia is spreading discredited theories about the Salisbury attack

Some of the points being raised by official Russian spokesmen are theories that have already been debunked.

118 said:
Dawn's parents don't seem too happy, what with the Coroner's Inquest being put off every opportunity it comes up.
No doubt their brief will be useful in the months to come.
Michael Mansfield is like a dog with a bone. 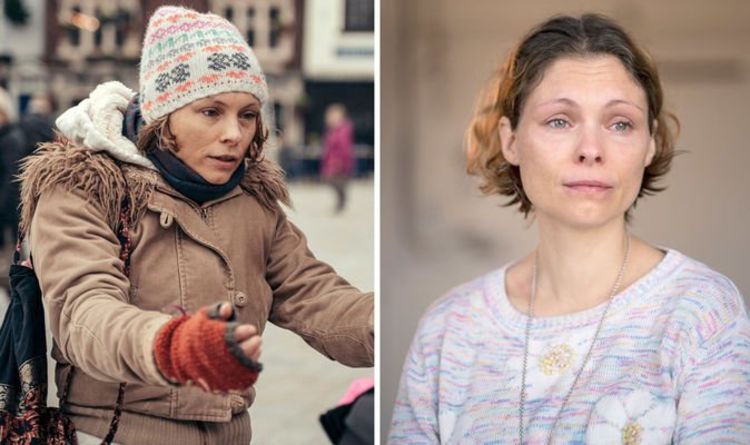 DAWN STURGESS is one of the real-life victims depicted in the BBC drama series The Salisbury Poisonings. But who was Dawn Sturgess?

Have you worked out what Michael Mansfield representation for the family is yet?

118 said:
I wonder if Charlie will get that million quid he was on about?
Who thinks there'll be a large out of court settlement before this all kicks off?

As is well known, Charlie Rowley was a drug dealer.
Drug dealers stash the drugs that they are dealing in to minimise the chance of getting caught with everything. It remains irrelevant as the substance concerned was novichock, and inside a perfume bottle, not a drugs vial. (What drugs come in vials?)
.... and Tom Ricks turned out to be wrong.... Lets remember the difference between opinion, fact and evidence.


118 said:
Lucky that Charlie's memory is not what it used to be and he's forgotten everything leading up to when Dawn OD'd.
Click to expand...

No. Dawn did not overdose.
As per evidence produced in court from her autopsy she did not have drugs in her bloodstream and did have novichcok in her bloodstream.
Dawn was an alcoholic in a relationship with a drug addict.

If you're so concerned about the family then stop making the false allegations about Dawn.


118 said:
Imagine if his memory suddenly came back.


Many, have you?
Right from the start honest Beeb was busy making the whole thing up.
Have a look at this thread. Nothing massively revelatory here just someone's recollection of what they saw outside Superdrug that day.

Hardly great evidence of anything there.
He though they looked drunk - matches with other witnesses
The Maltings were deserted - if he means there was nobody there, then he is mistaken
If he means there was hardly anyone there then that matches other witnesses and the scene shown
There was snow on the ground - if he means some traces, then he's possibly right that there could have been some patches on the grass. (Hardly the worst ommision). But if he remembers any significant amount of snow then his recollection is flawed.
We've seen the stills and video, I've photos taken by me with the levels of snow at the time (and have shown you them)
Compare his recollection to your CCTV ... The Maltings are neither deserted nor snowy: 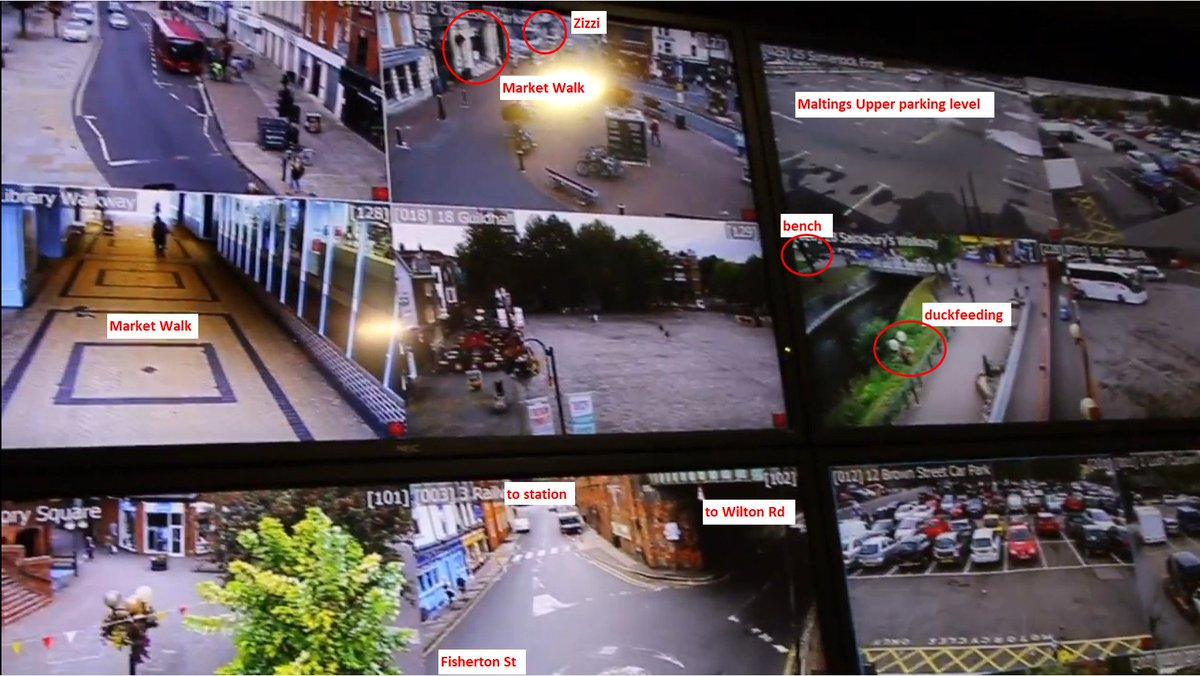 118 said:
After all this time and all your deflections you've all forgotten to answer the crux of the matter.

What have you seen as actual evidence from ukgov?
Click to expand...

118 said:
Given ukgov's long track-record of dirty deeds why are you so willing to go along with this nonsensical fiction?

Many of you have even said that you don't want to confirm with CCTV evidence what actually transpired in Wilts that day.
Click to expand...

You're not doing very well are you? Bit of a free-thinker back in your day were you?

Use the reply box. Bottom right.
Click to expand...

The subject of why evidence should be shown the shitposter is perhaps a sore subject with him.

It was him after all that bothered to point out that there is a ‘need to know’ and a ’circle of knowledge‘.

By needing to ask questions he CONFIRMED’ he isn't in the need to know, and is outside the circle of knowledge.

He won’t tell us why he thinks he needs to know.

He won’t tell us why he should know.

184461 said:
'It's called need to know/circle of knowledge for a reason BTW'
He isn't in the circle, he should NOT be told anything!
When trolls tell us Novichock kills in seconds they don’t mention Andrei Zheleznyakov. He was exposed, lived for ages and the soviets documented the whole thing,
T

184461 said:
Many of you have even said that you don't want to confirm with CCTV evidence what actually transpired in Wilts that day.
Click to expand...

Even if all the CCTV footage was released die-hard conspiracy individuals like yourself would find fault with it. Remember your "photo-shopped" claim of CCTV imagery when stills were released? 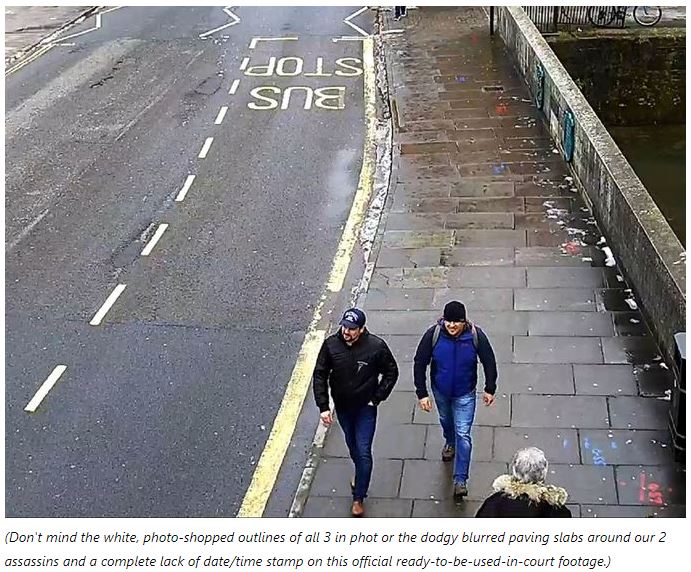 Straight away you went down the classic conspiracy loon claims of "photo-shopped" Other conspiracy loons were doing the same with stills from the CCTV footage from the garage.

Link to your thread photo-shopped claim.

184461 said:
I'm genuinely fascinated by the levels of compliance and conformity based on zero-evidence displayed by most of you poor suckers.
Click to expand...

Ooh! I think that I hear him scratching at the door. Shall I take him out for a walk so that he can release another torrent of poo?
He still doesn't know that tomorrow the vet is going to (if he can find them) snip his b*ll*cks off. Mummy says that this will stop him peeing in the house and rubbing his 'lipstick' up and down our legs.


Sent from my karzi while losing several pounds
B

You can give him a treat before he is castrated. Only fair.

Malted milk will probably do.
F

blurp said:
You can give him a treat before he is castrated. Only fair.

Preferably laced with a little bit of NA

blurp said:
You can give him a treat before he is castrated. Only fair.

Thank you for the advice. I now suspect that the mere sniff of a custard cream will mean our having to replace many square yards of carpet.


Sent from my karzi while losing several pounds
B

JackSofty said:
Thank you for the advice. I now suspect that the mere sniff of a custard cream will mean our having to replace many square yards of carpet.
Click to expand...

Sorry for the late reply. Working a split shift today. Spent most of the day on a Malaysian website implying that a certain Russian leader was a lady boy. Quite a receptive audience.

Even when a troll's bollocks are never used, it is wise to exercise caution in the choice of treats prior to castration to avoid the sort of accidents you refer to. When used to a diet of turnips and the occasional malted milk, any richer decadent biscuit will almost certainly lead to projectile vomiting and spraying shit around the room like a crazy fire hose.

Please also be aware that the hard wired impulse to hump people and objects takes a while to go away and he may mount your leg and squeak a bit. This will eventually wear off and he will learn to say sausages like a normal dog.

The conspiracy theory loon is clearly Maxine Peake. The cock (in a non-binary way).
T

From the Meng thread

tommikka said:
Show us your proof

Your’e making very serious allegations that China are holding Canadians as hostages in response to Meng. You have no proof of your claims that these different cases are highly likely to be related.
Now you’re making even more unfounded claims that China will take Americans hostages if/when Meng gets extradited.

You have no evidence to back up these allegations other than the circumstantial evidence of their timing and the historic pattern of China’s actions
Click to expand...

KGB_resident said:
It is just a common sense based on knowledge about oriental habits and customs.
Click to expand...

KGB now endorsed the UKs position with regard to the Salisbury Novichock incidents and the common sense connection to the Russian state
You must log in or register to reply here.