Ministry of Defence said:
There will be a further announcement in March 2013 concerning the appointment of a successor to the Chief of the Defence Staff. The successor to the Chief of the General Staff will be announced later in the year.
[h=2]Biographies:[/h][h=3]Admiral Sir George Zambellas KCB DSC (to be appointed First Sea Lord and Chief of Naval Staff in April 2013; currently Commander Allied Maritime Command (Northwood))[/h] 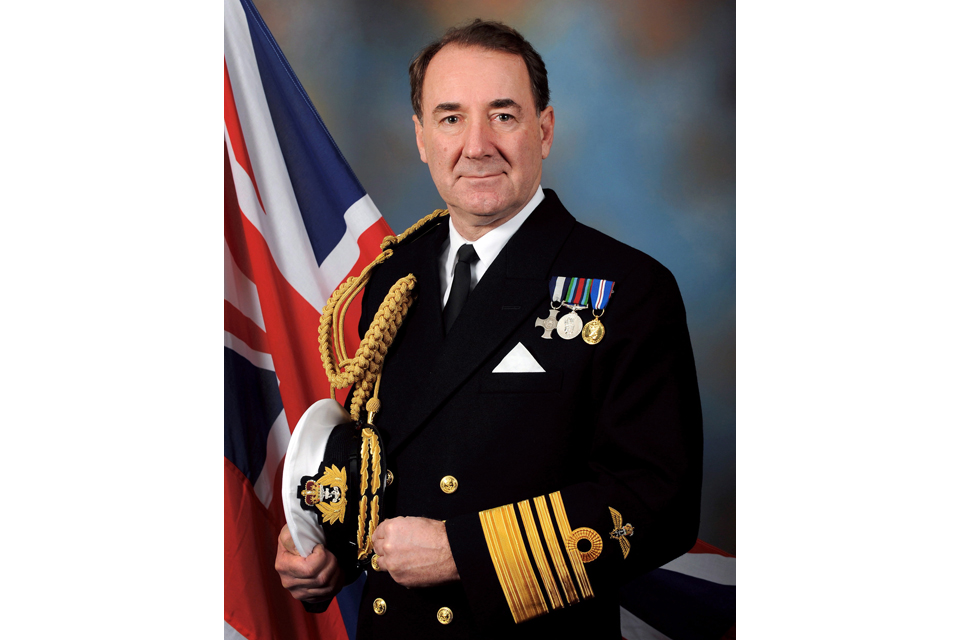 Admiral Sir George Zambellas KCB DSC [Picture: Crown Copyright/MOD]Admiral Sir George Zambellas was educated in Zimbabwe, and at Stowe and Southampton University, graduating in Aeronautical and Astronautical Engineering. He joined the Royal Navy in 1980 from the aerospace industry and qualified as a pilot in 1982. He flew three tours in different helicopter types, serving in carriers and frigates. After staff training in 1990, and a brief spell as a corporate planner, he commanded the mine hunter HMS Cattistock. In 1993, he was posted to Northwood as a Fleet aviation operations officer before promotion in 1995 and command of the frigate HMS Argyll.
During the 1997/98 Strategic Defence Review, he served in the MOD Centre Staff, helping to shape the maritime case within Defences tri-Service balance of investment. In 1999, as a Captain, he commanded HMS Chatham, which included Operation PALLISER in Sierra Leone. In 2001 George Zambellas attended the Higher Command and Staff Course, and then became Deputy Flag Officer Sea Training, responsible for training Royal Navy and foreign warships and auxiliaries.
Between 2002 and 2004, as a Commodore, he was Principal Staff Officer to two Chiefs of the Defence Staff. In 2005 he commanded the Royal Navys Amphibious Task Group, overseeing the introduction of two new amphibious classes of ships, and the Bowman radio and data system into amphibious operational use. He and his staff supported Operation HIGHBROW, the evacuation of civilians from the Lebanon, in July 2006.
In 2006, as a Rear Admiral, he was appointed as Chief of Staff (Transformation), leading the change programme to design and deliver the Fleets new approach to the generation of maritime capability and support to operations. In 2007, he was Commander United Kingdom Maritime Force and, in October 2008, Chief of Staff (Operations) at the UKs Permanent Joint Headquarters at Northwood. On promotion to Vice Admiral In January 2011, he was appointed Deputy Commander-in-Chief Fleet, Chief of Staff to the Navy Command Headquarters, and the Chief Naval Warfare Officer.
On promotion to Admiral in January 2012, George Zambellas became Commander, Allied Maritime Command Northwood, in which role he also discharged Full Command responsibilities as the Royal Navys Fleet Commander until November 2012. He was appointed KCB in 2012.
[h=3]Air Marshal Sir Andrew Pulford KCB CBE (to be appointed Chief of the Air Staff in July 2013; currently Deputy Commander Capability at Air Command and Air Member for Personnel and Capability)[/h] 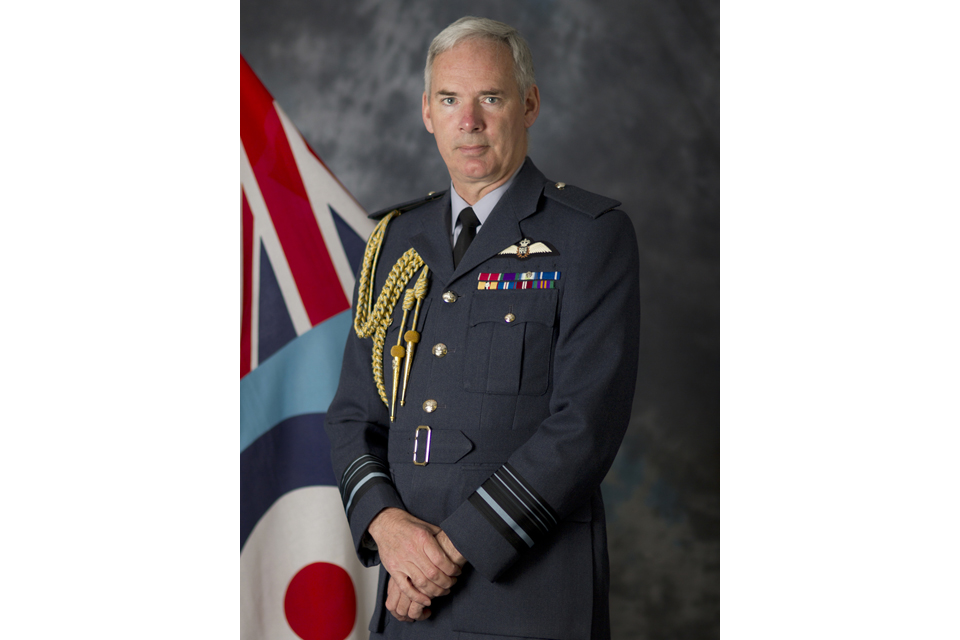 Air Marshal Sir Andrew Pulford KCB CBE [Picture: Crown Copyright/MOD]Air Marshal Sir Andrew Pulford was commissioned into the Royal Air Force as a pilot in 1977 and after flying training, joined No 72 Squadron, flying Wessex helicopters, beginning an association with the Support Helicopter Force which would last 25 years. During his flying career he accumulated over 5000 hours on both Wessex and Chinook helicopters, serving primarily in Germany with No 18 Squadron but including exchange tours with the Royal Navys Commando Helicopter Force and the Royal Australian Air Force. He has commanded in every rank and has seen operational service in Northern Ireland, the Falkland Islands, Lebanon, the Balkans and the Gulf.
Sir Andrews staff appointments have included command of the Support Helicopter Tactics and Trials Flight, a short spell in Headquarters Northern Ireland as the Royal Air Force and Army Air Corps Operational Requirements desk officer, a tour in the British Armys doctrine organisation and two years as Personal Staff Officer to the Chief of Air Staff. He attended No 85 Advanced Staff Course at the Royal Air Force Staff College Bracknell in 1993 and graduated from the Higher Command and Staff Course in 2001.
He was Officer Commanding Royal Air Force Odiham for two years from December 2001, which included a period of unprecedented operational activity for his command, and included large scale deployments to Afghanistan and Iraq. He moved to the Directorate of Air Resources and Plans in December 2003 and was subsequently appointed to the position of Director, on promotion to Air Commodore, in August 2004. He was promoted to Air Vice-Marshal in February 2007 when he commenced an 18 month tour as AOC No 2 Group. He assumed the post of Assistant Chief of the Defence Staff (Operations) in the Ministry of Defence in October 2008. He took up his current role as Deputy Commander Capability and Air Member for Personnel & Capability on 31 August 2010, on promotion to Air Marshal. He was appointed as Knight Commander of the Most Honourable Order of the Bath in the 2013 New Year Honours List.
[h=3]Air Chief Marshal Sir Stuart Peach KCB CBE ADC (to be appointed Vice Chief of the Defence Staff in May 2013; currently Deputy Chief of the Defence Staff (Military Strategy and Operations))[/h] 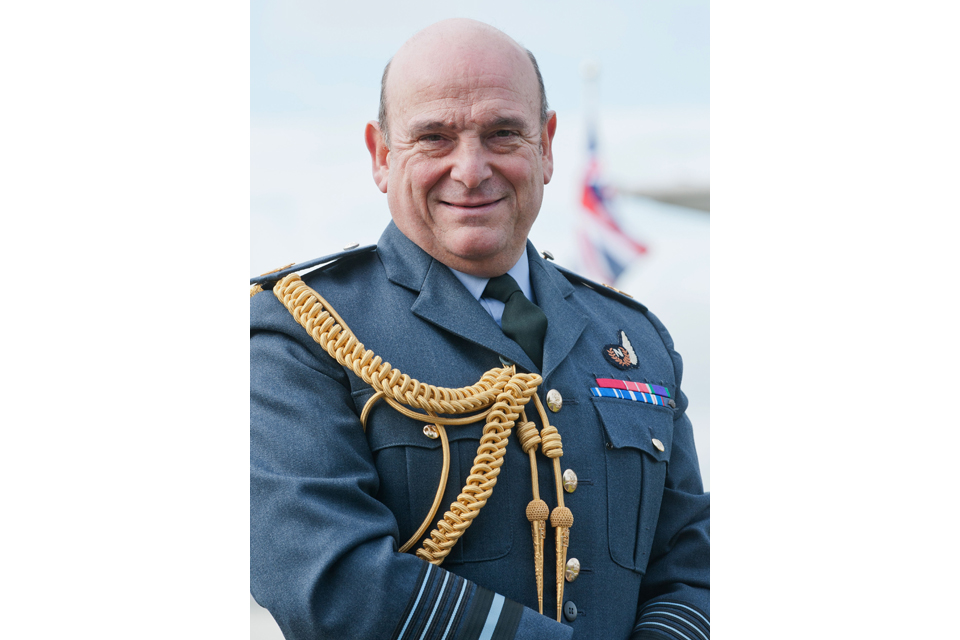 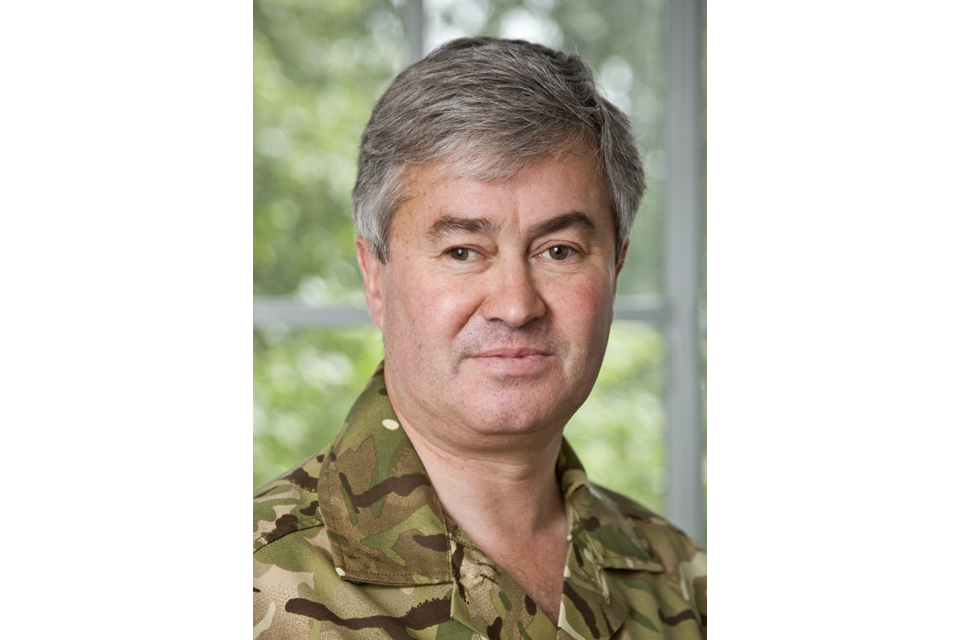 Lieutenant General Richard Barrons CBE [Picture: Crown Copyright/MOD]Lieutenant General Richard Barrons was commissioned into the Royal Regiment of Artillery in 1977, prior to reading for a degree in Philosophy, Politics and Economics at Queens College, Oxford. He then served in a variety of regimental appointments based in the UK and Germany, which included periods of training in Belize, Canada, France, Hong Kong and Brunei, and two years at the MOD, London.
He completed a Masters degree in Defence Administration in 1990 before attending the Army Staff College, Camberley in 1991.
As Chief of Staff of HQ 11 Armoured Brigade in Minden, Germany, he was despatched at a weeks notice in October 1993 to form the first HQ British Forces in Bosnia and Croatia. This was followed by a short tour in the Directorate of Military Operations as the Balkans desk officer, before assuming command of B Battery, 1st Regiment Royal Horse Artillery in 1994 for two years - including a period of Northern Ireland duty.
On promotion to Lieutenant Colonel in 1996 he served as a Military Advisor to the High Representative in Bosnia, also leading on liaison with HQ NATO and SHAPE. In 1997 he was appointed MA to the Chief of the General Staff. He assumed command of 3rd Regiment Royal Horse Artillery in Hohne, Germany in 1999, deploying the Regiment to Kosovo and Bosnia in 2001 and commanding the first KFOR deployments alongside Serbian forces.
He was promoted to Colonel in December 2001 and appointed Chief of Staff of 3rd (United Kingdom) Division, deploying to Afghanistan the next day as the Headquarters established the International Security Assistance Force in Kabul for the first half of 2002. Having attended the Higher Command and Staff Course in 2003, he deployed again with the Headquarters as the Chief of Staff of HQ Multinational Division (South East) in Basra until October 2003.
As a Brigadier, he commanded 39 Infantry Brigade, covering Belfast and South Armagh from December 2003 to December 2005 when he assumed the appointment of ACOS Commitments at HQ Land Forces, responsible for intelligence, security and operations - especially force generation for Iraq and Afghanistan.
On promotion to Major General in 2008 he served as a Deputy Commanding General of Multinational Corps Iraq (Baghdad), leading on operations with the Iraqi Army.
He was appointed Chief of Staff of the Allied Rapid Reaction Corps in April 2009. In October 2009 he was posted at very short notice to HQ ISAF as Director Force Reintegration, assisting the Afghan Government to lay the foundations for the reintegration of Taliban fighters and political reconciliation.
He became Assistant Chief of the General Staff in July 2010 to participate in the SDSR and Defence Reform exercises. He was promoted to Lieutenant General and appointed as Deputy Chief of the Defence Staff (Military Strategy & Operations) in May 2011.
Lieutenant General Barrons was appointed MBE in 1993, OBE in 1999, CBE in 2003, awarded QCVS in 2004 and 2006, and appointed as an Officer of the US Legion of Merit in 2009. He is chairman of Royal Artillery Museum Ltd.