Ministry of Defence said:
In April 1941, during the Second World War, all 6 of the crew on board an Avro Anson were killed when the aircraft crashed on Ben More Assynt. Due to the inaccessibility of the crash site, the crew were buried on the mountain  their final resting places marked with a cairn.
In 2012, the Commonwealth War Graves Commission decided to replace the existing cairn, which had deteriorated in the harsh climate, with a 600-kilogram granite marker to identify and protect the burial site.
Two thousand feet up, the burial site on Ben Moore Assynt is one of the Commissions most remote grave sites in the UK and the logistics of replacing the cairn have proved challenging. In the end, a Chinook helicopter from RAF Odiham had to be used to carry the granite memorial to the burial site. 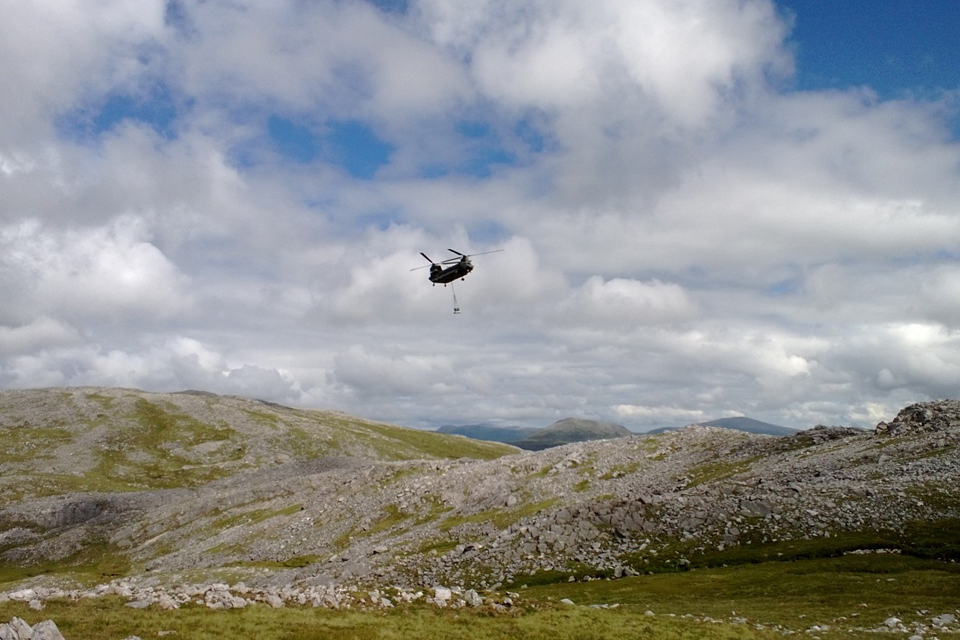 Its a very humbling experience. I can honestly say that in my 30 years in the Royal Air Force its one of the most fantastic projects Ive been involved in because there are very few places where the crews are actually buried where they crashed and now these men will always be remembered.
​
The granite memorial now marks the spot where Pilot Officer William Drew, Sergeant Jack Emery, Sergeant Harold Arthur Tompsett, Flying Officer James Henry Steyn, Sergeant Charles McPherson Mitchell and Flight Sergeant Thomas Brendon Kenny lost their lives when their aircraft crashed.
The families of the crew have been kept informed throughout the project and for Bernie Tompsett  nephew of Sergeant Harold Arthur Tompsett  the installation of the new marker has been a great comfort. 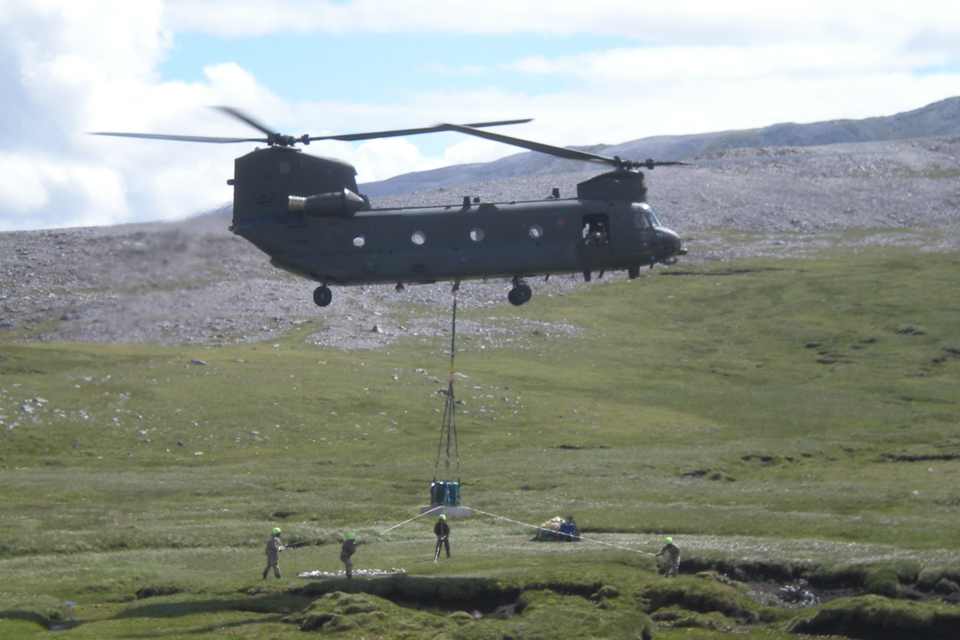 It was a time when so many families learned of the tragic loss of their loved ones. Perhaps we are fortunate that they came to rest in such a beautiful part of Scotland.
​
The Commonwealth War Grave Commissions Peter Francis added:

The Commission is delighted that we have been able to carry out this work and we are very grateful to all the organisations and individuals who have so generously assisted in the project. We couldnt have done this without them.
The new stone will secure the grave site for years to come and help honour the sacrifice of 6 brave young men.
​

News story: Grave of courageous World War 2 pilot has been rededicated 77 years after his death

News story: Grave of a Seaforth Highlander rededicated 100 years after he was killed in world war 1