Since successfully entering service with the Royal Navy, the aircraft have been put through their paces on exercise in the Atlantic Ocean.

The new helicopters are part of an £800 million programme to upgrade the Royal Navy’s existing fleet of aircraft. The Merlins, which have been delivered on budget, have state-of-the-art glass cockpits, which provide improved night-vision capability for pilots, and an updated combat system with touch screen display.

More than 1,400 highly skilled engineers from UK defence companies were involved in the work, which took place primarily in Hampshire and Yeovil. Lockheed Martin UK delivered the updated mission systems and training facility, and workers at AgustaWestland upgraded the avionics and cockpit systems in the aircraft. 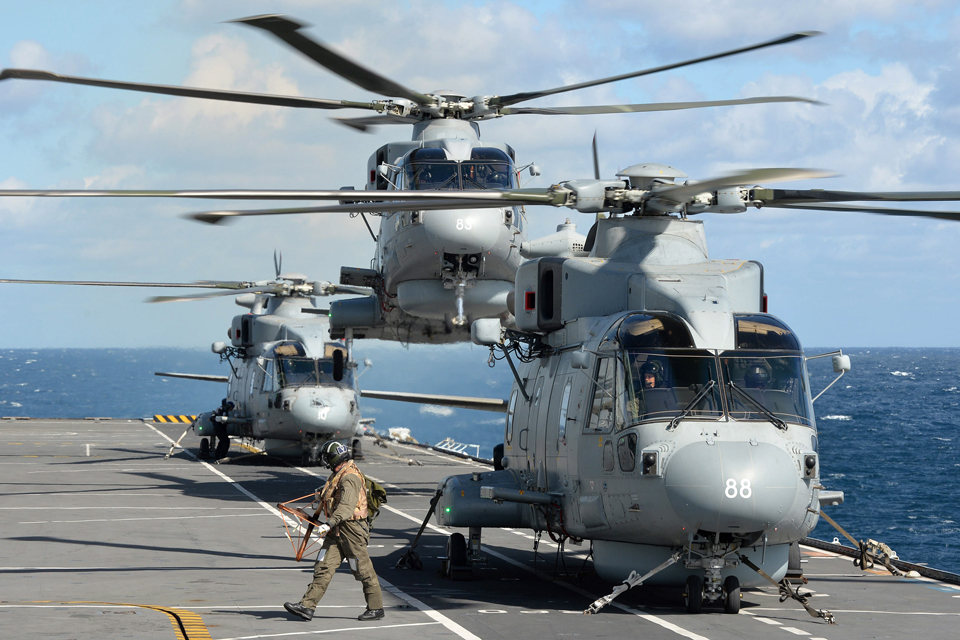 
The updated Merlin is one of the most technologically-advanced and effective anti-submarine helicopters, and their entry into service is a real boost for the Royal Navy.

Delivering the Merlin Mk2 into service 4 months ahead of schedule and to budget is a real achievement and shows how MOD is working well with industry to deliver world class equipment to our armed forces.
​
In the future Merlin Mk2 helicopters will serve on board the new aircraft carrier HMS Queen Elizabeth as well as operating from frigates, destroyers and Royal Fleet Auxiliary support ships around the world. A further 15 aircraft will arrive at Royal Naval Air Station Culdrose in Cornwall over the next 18 months.