According to the National Audit Office report the MOD’s decision to reduce the size of the regular Army and increase the number of trained Army reserves was taken without appropriate testing of feasibility.

In response to the report Defence Secretary Philip Hammond said:


The MOD has always been clear that the numbers in the reserves would fall before they increased, but we have now seen the trained strength of the reserves climb for the first time in nearly 20 years. The well publicised IT issues in the Army Recruiting Centre are being addressed, the application process has been simplified, medical clearance procedures have been streamlined and the Army is running a high profile recruitment campaign. While there is much still to do, we are confident of achieving the target of a 35,000 trained reserve by the end of Financial year 2018.

The Armed Forces are being restructured to ensure they can defend against new and emerging threats to our security. In future, they will be smaller, but better equipped, able to deploy rapidly to protect our interests anywhere in the world and supported by an integrated reserve force.
​
After years of neglect, the reserve forces are being reformed and revitalised, with £1.8 billion being invested in better training and equipment to fully integrate them with the rest of the Armed Forces. Although there have been a number technical challenges, the programme is on track and the reserves are now growing in size for the first time in 18 years.

While increasing the Army reserve from around 19,000 to 30,000 won’t happen overnight, there is no longer the decline that has plagued the UK’s reserve forces previously. The MOD is confident of delivering a reinvigorated reserves by 2018. 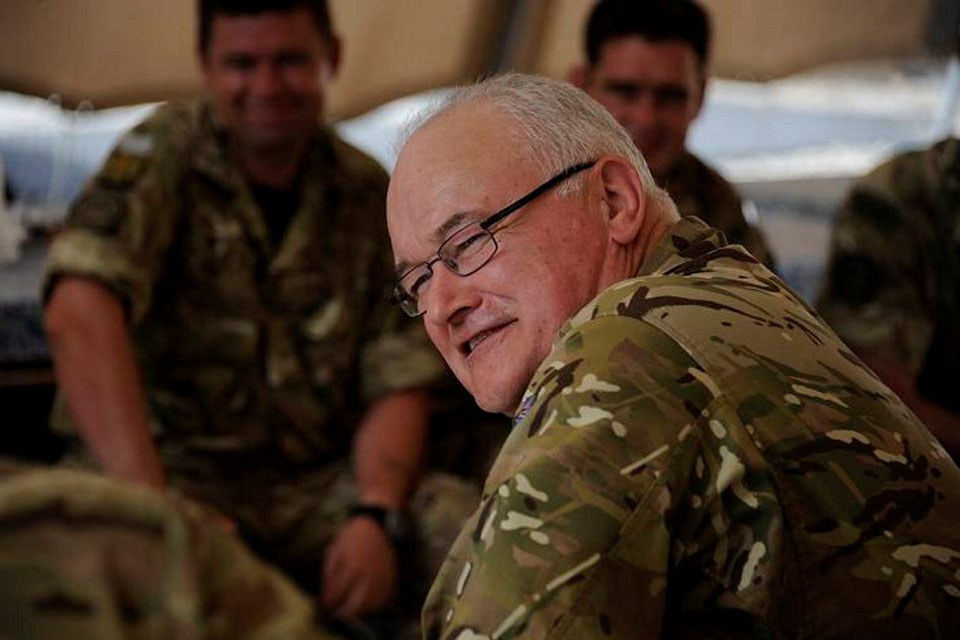 
The NAO report fails to capture the nature of the national austerity we faced at the time these decisions were made. The Army has designed a novel and imaginative structure which best meets the challenges we are likely to face within the resources made available. Thankfully, most of the structural change for our new model, which we call Army 2020, is now behind us. We are recruiting regular and reserve soldiers for this new Army avidly. I am confident that, having made such significant changes, the Army 2020 model will endure.
​
Continue reading...
This is an automated feed from the Ministry of Defence website

Wasn't the last one of them called "front line first" or something? Or was it the one before that? Or perhaps the one prior to the one that was before that?
CSS, the "cant' do" part of the British Army.........


The fat man from Andover likes the words 'endure' and 'enduring'.

My observations suggest that to 'endure', an initiative must span the period between initiation (say, 6 months after it's initiator takes up appointment), to the point at which his successor takes over, and shows no interest in it, roughly two years later.