The soldiers, mostly medics from 35 Squadron, 5 Medical Regiment of the Royal Army Medical Corps, are due to arrive in Freetown, Sierra Leone, later today.

They will run the Ebola Training Academy – teaching local healthcare workers and hygienists how to protect themselves from infection and how to prevent it in others.

Also deploying today were soldiers from the Queen’s Own Gurkha Logistic Regiment and 1st Battalion The Royal Regiment of Scotland.

Major General Tim Radford, the General Officer Commanding Force Troops Command – in charge of most of the deploying troops – was on hand in the early hours to wish his personnel well on their deployment.


This is the third group of soldiers who have deployed to Sierra Leone in support of the DfID operation to help tackle the crisis.

They will join more than 300 soldiers who arrived over a month ago and have been instrumental in setting up the infrastructure and treatment facilities across the west of the country.
​ 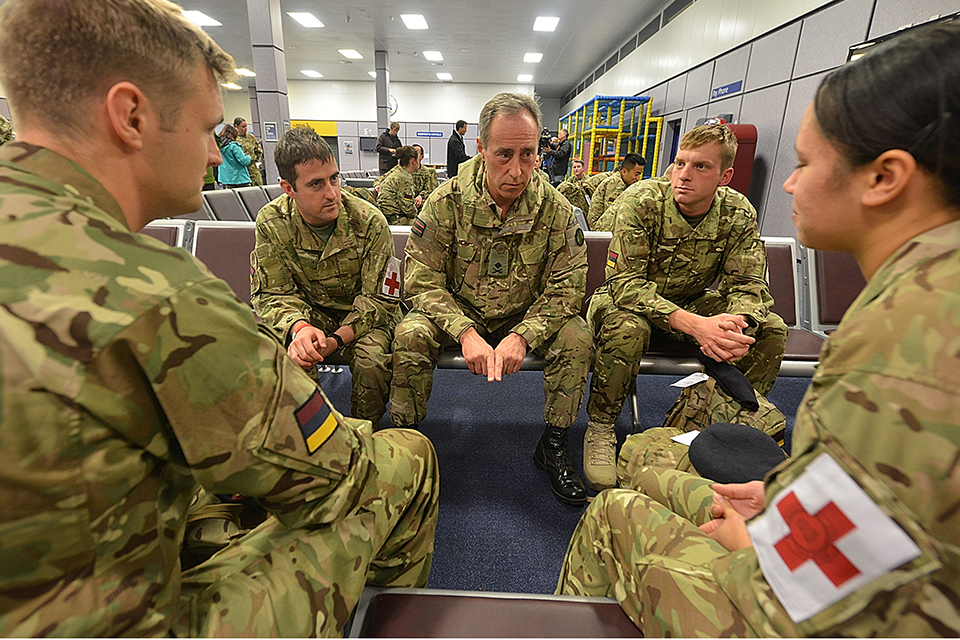 
These troops will form part of the group undertaking vital work to train Sierra Leonians to conduct community care in their own neighbourhoods in up to 1,000 centres across the whole country.

My personnel are confident, well-trained and now just want to get on with the job.
​
The departure is the latest deployment in a truly joint Defence operation to support the UK Aid mission. It follows the deployment of RFA Argus who sailed on Friday with personnel from all 3 services onboard.

RAF personnel are based at Accra, Ghana, moving equipment and personnel, and in Sierra Leone supporting the international aid effort.

Defence’s total contribution to the UK’s work to tackle Ebola in Sierra Leone will amount to around 750 personnel.

Screaming Eagles Chinook to the rescue