Ministry of Defence said:
The Race2Recovery team is made up of 16 injured soldiers, some of whom are amputees, and civilian volunteers, including drivers, co-drivers, support vehicle drivers and a crew of technical and mechanical experts.
In 2013, Race2Recovery became the first disabled rally team to enter and complete the Dakar rally; one of the toughest cross-country motor races in the world.
Not content to rest on their laurels, the team has entered 2 race vehicles into the Dakar 2014, which began in Rosario, Argentina, on Sunday, 5 January.
Speaking at the start-line, Race2Recovery founder member and driver Tony Harris, a former army captain who is himself an amputee, said:

Were delighted to be back in South America for our second Dakar challenge. The memory of finishing last years race is something well always treasure but we always wanted the Race2Recovery team to become a sustainable rally team so its fantastic to be entering our second Dakar.
We learnt a lot from last years competition so we feel extremely well prepared for the challenges that this race will inevitably throw at us.
​
[h=3]Beyond injury, achieving the extraordinary[/h] 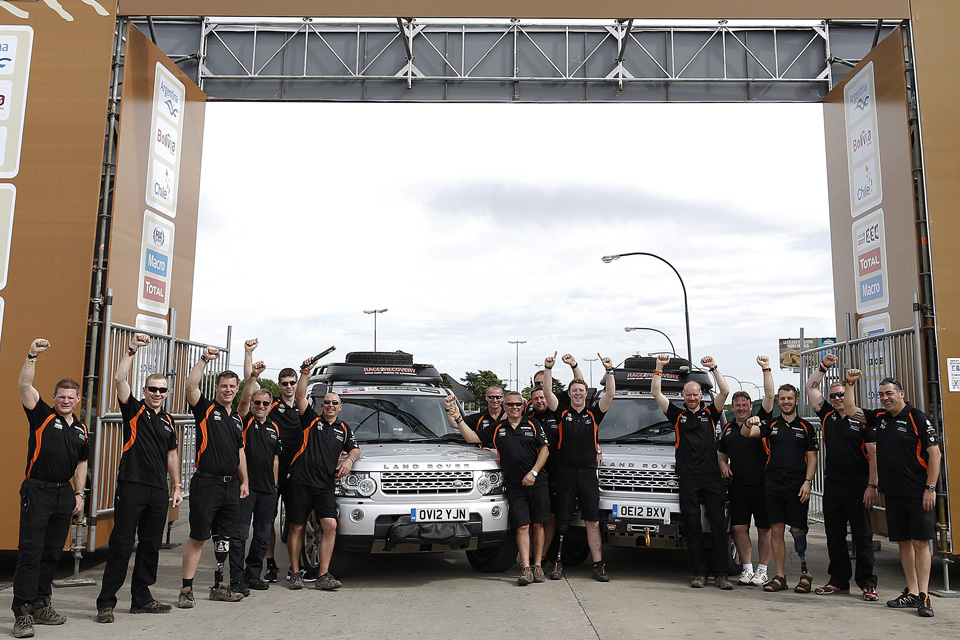 Race2Recovery team members with their Land Rover support vehicles on arrival in Rosario, Argentina [Picture: Copyright Francois Flamand, DPPI]Race2Recovery operates to the motto Beyond injury, achieving the extraordinary. So far the team has raised more than £250,000 for Tedworth House Personnel Recovery Centre and Help for Heroes and, this year, is also raising awareness of military charity Blesma.
The injured troops will be driving Wildcat rally-raid vehicles, which are based on the Land Rover Defender. Both Wildcats were entered in last years race and are joined by the T4 race truck and T5 support truck, which will follow the route providing support to the race vehicles.
Land Rover is assisting the team with parts, logistics, vehicle and financial support throughout their 2014 campaign. In addition, 2 Land Rover Discovery vehicles, provided by Land Rover, will support Race2Recovery along the assistance route and will provide vital support to the team throughout the 14-day race.
Dakar 2014 will see the team race across some of the worlds most unforgiving terrain. This years competition will traverse 3 countries; Argentina, Bolivia (motorcycles only), and Chile. They will travel over 9,000km, including crossing the Atacama Desert and the Andes mountain range, in temperatures that could reach between 40 to 50 degrees Celsius.
[h=3]Something we love doing[/h]Tony continues:

The 2014 Dakar signals the start of a massive year for us. Our sponsor Land Rover has confirmed that the brand will support our entry into the new Defender Challenge by Bowler race series that launches in the UK in March this year.
That provides us with a fantastic platform to train up new recruits and develop our skills ahead of future Dakar challenges. It also enables us to race in front of UK crowds, something we love doing as the support weve received from motoring fans and the public in general has been incredible.
​
Mark Cameron, Global Brand Experience Director, Jaguar Land Rover, said:

Were very proud of our association with Race2Recovery, having been the teams lead sponsor since its inception. The team has broken down barriers relating to disability and motorsport and truly lives up to its motto beyond injury, achieving the extraordinary.
The Dakar is the ultimate race and one that has a long association with Land Rover vehicles. Were pleased that the team can benefit from our support and we wish them the very best of luck. Well be following their progress all the way.
​
[h=3]About the race[/h] 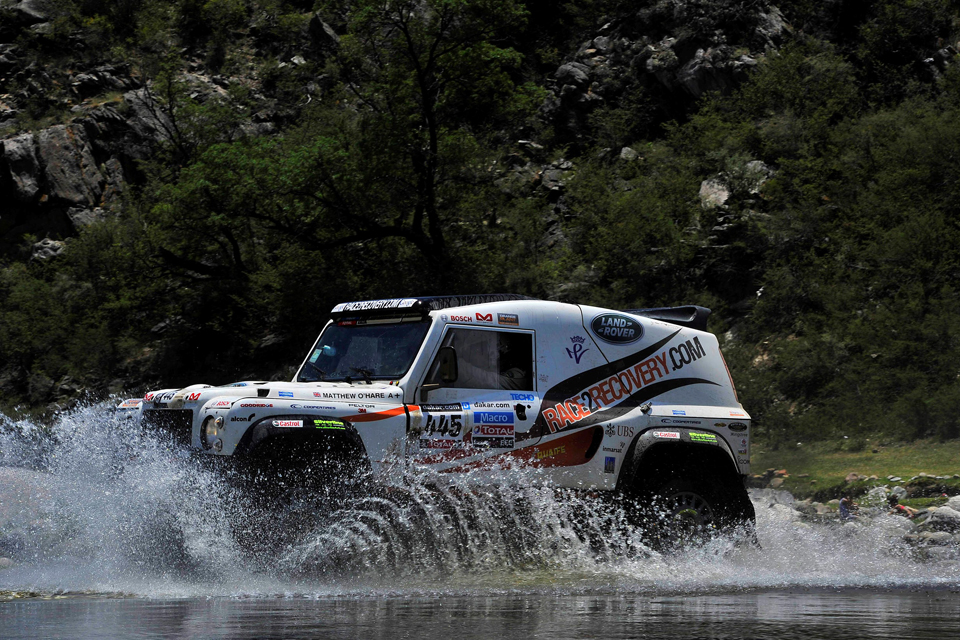 A Race2Recovery Wildcat rally-raid vehicle in action (library image) [Picture: DPPI]The Dakar, an incomparable human adventure whose history has been built in the finest deserts of the planet, is amongst the major sporting challenges of our era. Both a race and a test of navigational skills, it involves not only the leading riders and drivers of the rally raid discipline, but also amateur competitors, who often take part to make their dream come true or to rise to a challenge, behind the handlebars or steering wheel of their bike, quad, car or truck. Fifty nationalities come together each year for this mixture of competition and solidarity whose television coverage is seen by a billion viewers in 190 countries.
The Dakar Rally (or simply The Dakar, formerly known as The ParisDakar) is an annual Dakar Series rally raid off-road race, organised by the Amaury Sport Organisation. The race originated in 1978, a year after racer Thierry Sabine got lost in the desert and decided that it would be a good location for a regular rally event.
Originally, the rally was from Paris, France, to Dakar, Senegal. However, due to politics and other factors, the course, including origin and destination, has varied over the years. After cancellation of the rally in 2008, the 2009 Dakar Rally was run in South America (Argentina and Chile), the first time the race took place outside of Europe and Africa. It has stayed in South America since 2009. The race is open to amateur and professional entries with amateurs typically making up about 80% of participants.
Despite its name it is an off-road endurance race, called a rally-raid rather than a conventional rally; the terrain the competitors traverse is much tougher and the vehicles used by teams and individuals are true off-road vehicles rather than the modified on-road vehicles used in rallies. The majority of the competitive special sections are off-road, crossing dunes, mud, camel grass and rocks among other natural obstacles.
The Dakar 2014 course, which stretches over 9,000 kilometres of the worlds toughest terrain, will wind north through Argentina into Bolivia and finishes in Valparaiso, Chile, on 18 January.