General Wall met personnel from all three services and supporting civilians during a visit in Helmand Province and Kabul. The visit to Afghanistan was General Wall’s last as Chief of the General Staff.

He spoke with troops in Camp Bastion about their experiences and discussed the challenges of redeploying people and equipment while supporting the Afghan National Security Forces (ANSF).

He went on to meet with Regional Command (Southwest) Commandant General, US Marine Corps Brigadier General Daniel Yoo, and his Deputy Commander Brigadier Rob Thomson, the most senior British officer in Helmand. During the office call, General Wall was briefed on the situation on the ground and the increased capability of the ANSF, who lead 99 per cent of operations across Afghanistan.

Speaking about Afghanistan and its people, General Wall said:


I think there’s a tremendous resilience and real will to get the governance systems to work to get normality restored to their way of life: to get their tribal issues in balance and to reject the intimidation and aggression the Taliban have been offering.

We need to just concentrate on finishing our presence here in Camp Bastion and our contribution here in Helmand. As I reflect on that as I leave the Army I don’t think we could have expected a stronger or more committed performance, or a courageous performance, from our soldiers, sailors, airmen, marines – men and women.
​ 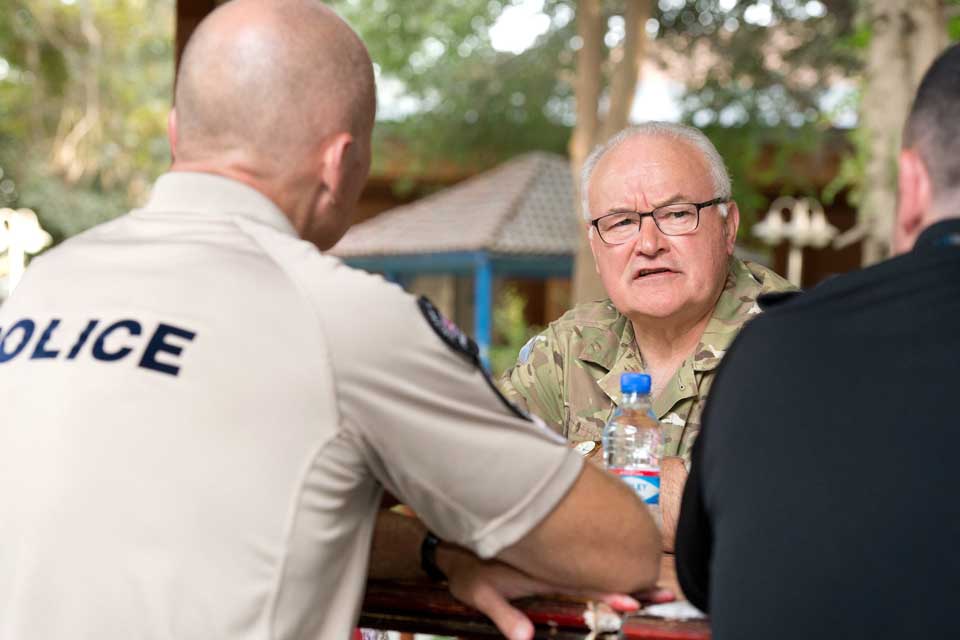 
As the last combat troops in Helmand, the 5 RIFLES Manoeuvre Battle Group were delighted to be able to give General Wall an insight into life outside the wire and reassure him that the British legacy of a strong ANSF in control of Helmand was indeed the case.
​
The General then spoke with the Brigade Advisory Team, who carry out an increasingly limited mentoring role given the ANSF’s improved capabilities, the Joint Air Group and Medical Emergency Response Team. He also met staff from Joint Force Support (Afghanistan) who are handling the biggest redeployment challenge since the Second World War.

Car insurance - is yours covered whilst on Camp?
2

The History of the Broadcast Group of the Diplomatic Wireless Service