News story: Grave of a Seaforth Highlander rededicated 100 years after he was killed in world war 1

The resting place of 21 year old Serjeant John MacKenzie MM of 1st/6th Battalion, The Seaforth Highlanders has been marked 100 years after his death in the Great War. A rededication service has taken place at the Commonwealth War Graves Commission (CWGC) Anneux British Cemetery near Cambrai in Northern France.

The service was organised by the MOD’s Joint Casualty and Compassionate Centre (JCCC), part of Defence Business Services.


Serjeant MacKenzie stands out as an exceptional soldier even amongst a generation where so many paid the ultimate sacrifice for our freedom. It has been an honour to organise this rededication service in his memory and to know that his family’s search for him is now at an end.
​
Serjeant MacKenzie enlisted at the outset of the world war 1 and served throughout the conflict until he died on 25 March 1918, shortly after the start of the German Spring Offensive. He fought in the Capture of Beaumont Hamel in 1916 and later that year was awarded the Military Medal and French Croix de Guerre. Just prior to his death, Serjeant MacKenzie was awarded a Bar to the Military Medal.

The location of Serjeant MacKenzie’s grave was discovered after painstaking research by his great nephew, Ken MacDonald, and his wife, Kath MacDonald. They discovered that Serjeant MacKenzie had been wounded and taken prisoner by the Germans. He later died of his wounds and was buried in a mass grave in the village of Inchy-en-Artois. After the war, his grave was moved to Anneux British Cemetery, where he was buried as an ‘Unknown Soldier’. With his whereabouts unknown, Serjeant MacKenzie was commemorated on the Arras Memorial.

Further research by the MOD’s JCCC was undertaken to corroborate the evidence the family provided and the identification of the ‘Unknown Soldier’ grave was confirmed to be that of Serjeant John MacKenzie MM. 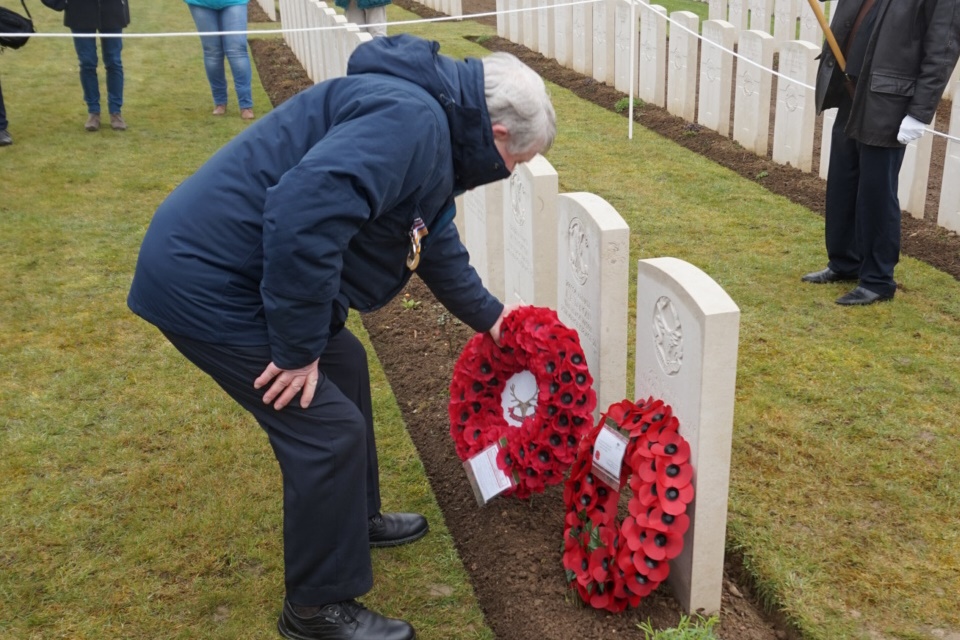 Ken MacDonald lays a wreath at Serjeant MacKenzie’s grave on behalf of the family. Crown Copyright, All rights reserved


Since my wife and I visited France 22 years ago and saw John’s name on the Arras Memorial, we have never given up hope of finding his grave. It feels today like 1 of my 3 great uncles has come home. We’re very grateful to the MOD’s JCCC and CWGC for arranging the rededication service, and to the relatives of other Seaforth Highlanders who joined us for the service.
​
Ken and Kath were accompanied by his sister, Mary, and 4 other family members in attending the service. Nine members of The Royal Regiment of Scotland were present at the rededication service to remember Serjeant MacKenzie. Also remembered were Serjeant MacKenzie’s brothers, Donald and Kenneth, both of the 1st Battalion, The Cameron Highlanders who are both still missing on the battlefields of Northern France.

A new headstone bearing Serjeant MacKenzie’s name has been provided by the CWGC, who will now care for his final resting place in perpetuity.


100 years after he was killed, Serjeant MacKenzie’s grave in the Commonwealth War Graves Commission Anneux British Cemetery is now marked with a headstone bearing his name. He was a brave young man who made the ultimate sacrifice and we are honoured to be able to play a part in the re-dedication of his grave today. The Commonwealth War Graves Commission ensure that all those who served and fell are commemorated by name and we will care for his grave and the memorials on which his two brothers are commemorated, in perpetuity.
​
Honouring the fallen – additional services this week


The rededication service for Serjeant MacKenzie took place as part of a series of services organised by the MOD’s JCCC this week. The first was the burial of an unknown soldier of The Royal Scots at Bailleul Road East Cemetery in Belgium earlier today all the services are to be conducted by the Reverend Paul van Sittert CF, Chaplain to 4th Battalion, The Royal Regiment of Scotland


It has been a privilege to officiate at the rededication and burial services of graves for these remarkably brave world war 1 soldiers. Their courage, sacrifice and service to our country is an example that should never be forgotten. The Kohima epitaph rightly reminds: that for our tomorrow they gave their today.
​ 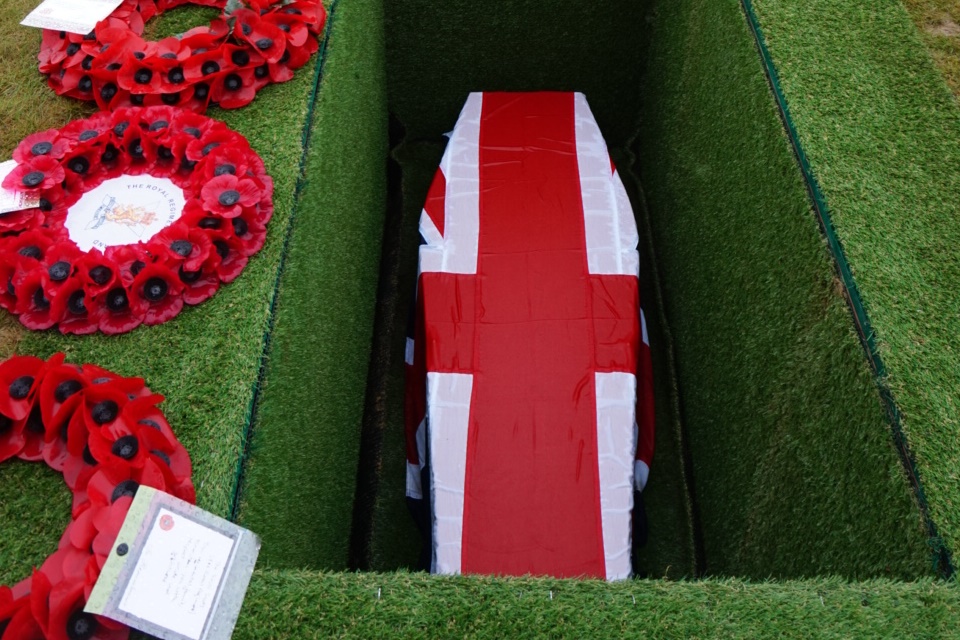 The burial of an unknown soldier of The Royal Scots at Bailleul Road East Cemetery in Belgium (note this is not the grave of John MacKenzie). Crown Copyright, All rights

Well done to the CWGC for giving one of three lost brothers back to his family.
“Do not go gentle into that good night. Rage, rage against the dying of the light.” - Dylan Thomas
"Those who can make you believe absurdities can make you commit atrocities." - Voltaire
“Nobody's slave, nobody's tyrant." - Generallöjtnant Jakob Albrekt von Lantingshausen

Well done also to the JCCC, and to the relatives without whose researches this identification might never have happened. Good to see Padre 4 SCOTS officiating at these important rededication services.

R
And they are remembered.

News story: Grave of Royal Welsh Fusilier identified a century after his death in the Great War