Although Camp Bastion has closed, the life-saving treatment provided by medical personnel has not been forgotten.

This treatment often started on the front line with immediate emergency first aid from combat medical technicians and the Medical Emergency Response Teams (MERT) who rescued casualties just after injury. 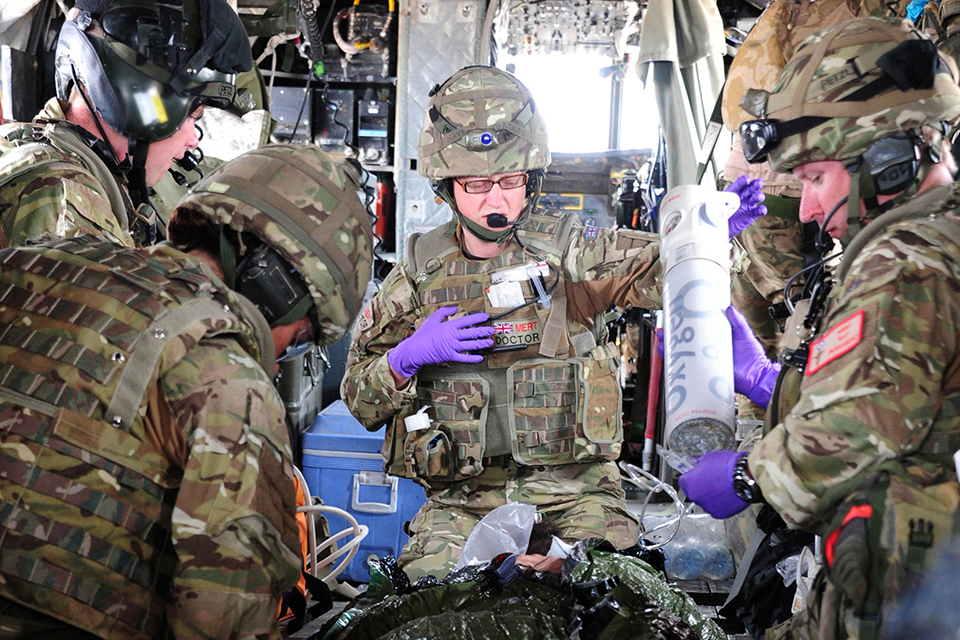 A casualty is tended to onboard a Chinook helicopter following an engagement with the enemy in Afghanistan [Image: Sergeant Alison Baskerville RLC, Crown copyright]

At Bastion’s Role 3 Hospital (the military designation for the level of healthcare it provides), injured personnel received treatment so advanced that over the last eight years it became one of the world’s leading trauma care facilities.

And for the most seriously injured, who often required intensive life support, there was the Critical Care Air Support Teams who evacuated patients back to the UK on board a specially adapted RAF transport plane – often within hours of being injured.

The closure of the Role 3 Hospital last month marked a special moment in the history of the provision of medical care to injured personnel.


The campaign in Afghanistan, for us as medics, has been the defining operation of our military generation. It has catapulted us to the forefront of battlefield trauma care worldwide.

Huge medical advances have been achieved, with a survival rate unrivalled in history.
​ 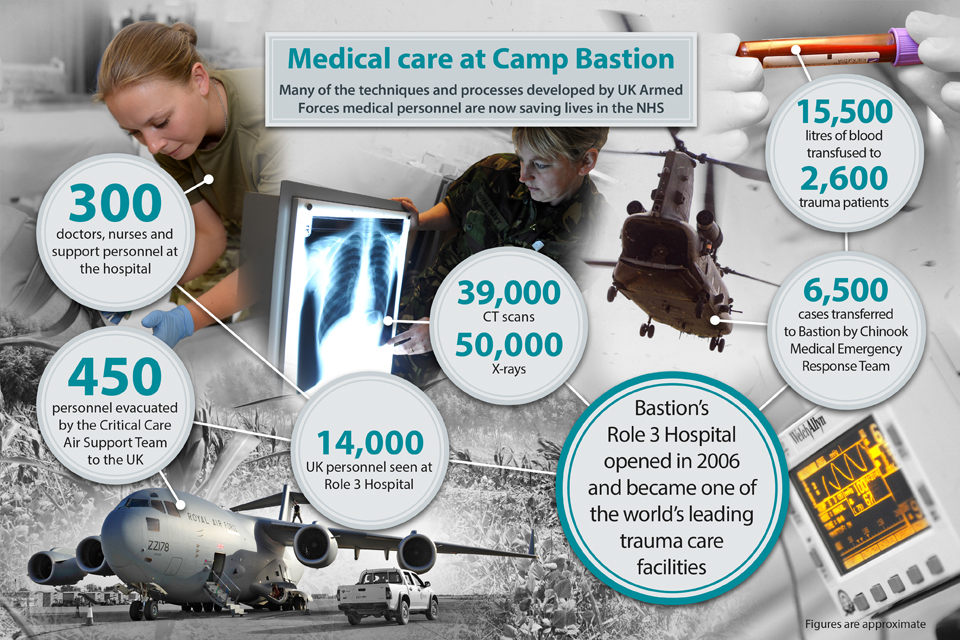 Some of those advances – like the use of a special tourniquet that helps to stem blood loss faster, and the ‘intraosseous injection’, which allows blood to be transfused straight into bone marrow - are now used in the NHS.

Most of the Armed Forces medical personnel, who deployed to Bastion, work in the NHS, and many of them are reservists who work full time in Britain’s hospitals.


Our relationship with the NHS is something that we are very proud of. That interface is really important. It means that our people keep up-to-date with what’s happening in the NHS in terms of trauma skills.

But also the advances that we have developed out here across this campaign are fed back into the NHS.
​ 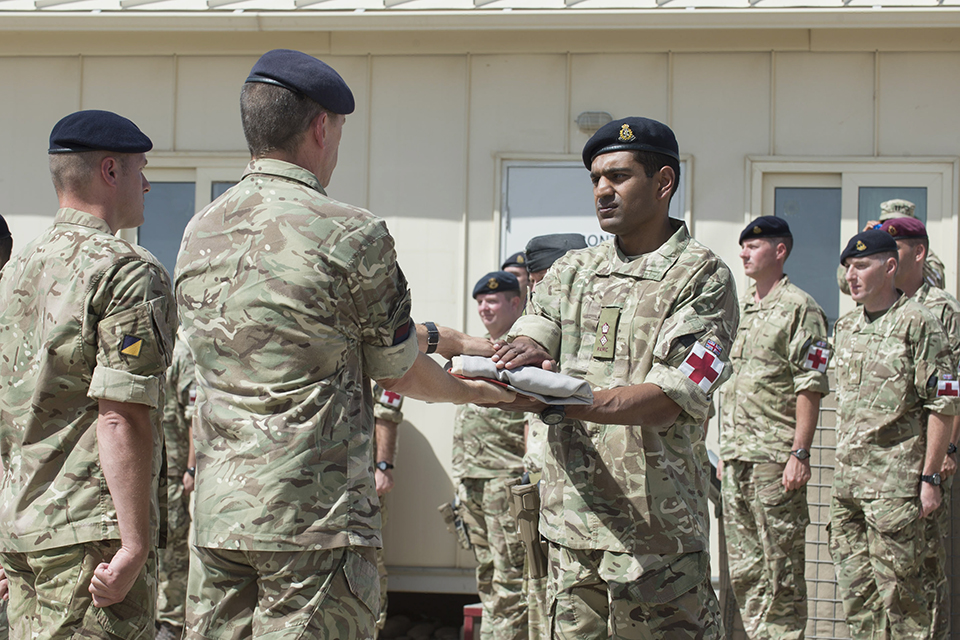 A key part of the medical success in Afghanistan was the MERT, a team consisting of two paramedics, a medical consultant and a nurse meaning the best expertise is available straight away.

Working out of a Chinook helicopter adapted to be a fully equipped mobile resuscitation room, complete with a blood supply for in-flight transfusions, the MERT rescued injured personnel from the front line - sometimes coming under fire themselves while doing so.


We have developed the capability to treat personnel with serious chest or head injuries, to resuscitate them on the Chinook and provide the kind of anaesthetic and surgical capability we would in a hospital emergency department.

Patients that would previously not have been expected to survive, we are now routinely able to save. Many of the techniques we have learned in Afghanistan are now being used by the emergency services here in the UK.
​
But it wasn’t only the injuries you can physically see that were treated in Afghanistan. Trauma Risk Management was established across the British military footprint in Afghanistan to teach non-medical personnel to spot the subtle signs of mental distress and illness in their colleagues.

It encouraged troops to talk about their problems and seek help from a team of community psychiatric nurses and consultant psychiatrists on hand in Afghanistan. If necessary, personnel could then be flown back to the UK at short notice and helped at one of the Ministry of Defence’s 15 Departments of Community Mental Health.

UK medics also worked hard to develop the medical capability of the Afghan National Army (ANA). The ANA now operate their own military trauma facility at Camp Shorabak next to Bastion, and have taken full responsibility for evacuating their own casualties by helicopter and treating them at their new facility.


I stayed here to the end just in case they had any problems, but I am delighted to say they haven’t. They have set up a good facility with good people and good systems.
​
Perhaps the most enduring medical legacy of the British Armed Forces’ time in Bastion is how the techniques and processes developed there will help future missions. No matter where in the world serving personnel are asked to serve in the future, the lessons learned in Afghanistan will ensure they will receive the best possible medical support.