Her Majesty The Queen and His Majesty Philippe, the King of the Belgians, attended a service of dedication at the Flanders Fields Memorial Garden, 100 years after the outbreak of World War 1.

The Flanders’ Fields Memorial Garden has been created with soil taken from the 70 battlefields and Commonwealth War Grave cemeteries in Flanders where so many millions had died. This “sacred soil” was gathered, with the support of the Commonwealth War Graves Commission, by Belgian and British school children, several of whom attended today’s opening event.

Her Majesty The Queen, and the King of the Belgians, laid wreaths in the garden. 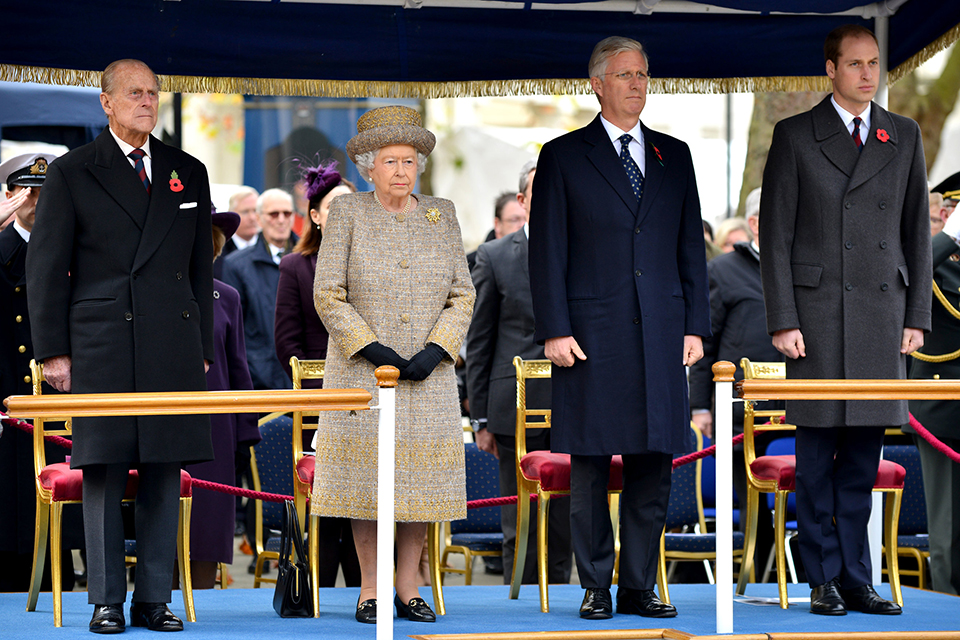 The memorial garden has been created in London at Wellington Barracks adjacent to Buckingham Palace. Designed by a Belgian architect, Piet Blanckaert, it is inspired by the design of World War 1 memorials and carries the insignia of all 7 Guards Regiments who sacrificed so much on the battlefields of Flanders.

During the course of the war they were awarded 25 Victoria Crosses and by the end 16,000 soldiers from the Household Division were killed and are now buried in the 70 cemeteries of Flanders or remembered on the walls of the Menin Gate in Ypres.


The Guards fought in almost every battle of the First World War. This memorial garden stands proud testament to their achievements in what Winston Churchill called ‘the world crisis’, and is testament to the traditions that we all strive to live up to today.
​
Combined with the Guards Museum and Guards Chapel, the new public access venue at Wellington Barracks will provide a rewarding experience for people in Britain who may be unable to make the journey to the battlefields themselves.

The garden will be open to the public daily between 10am and 4pm.

News story: Defence Minister teams up with with international counterparts to improve support for veterans