Ministry of Defence said:
Just hours after the government announced that Royal Navy and merchant sailors, airmen and soldiers who survived the 4-year campaign could apply for the medals, the first Arctic Stars went into production at the Royal Mint.
Up to 120,000 veterans, or their next of kin, are believed to be eligible for the star, whose design mirrors similar Second World War campaign medals, such as the Atlantic Star.
The medal recognises service between 1941 and 1945 delivering vital aid to the Soviet Union, running the gauntlet of enemy submarine, air and surface ship attacks.
The campaign cost the lives of around 3,000 sailors and merchant seamen, and over 100 civilian and military ships were lost, with the nadir coming in the summer of 1942 when convoy PQ17 was mauled by the Luftwaffe and 9 U-boats. 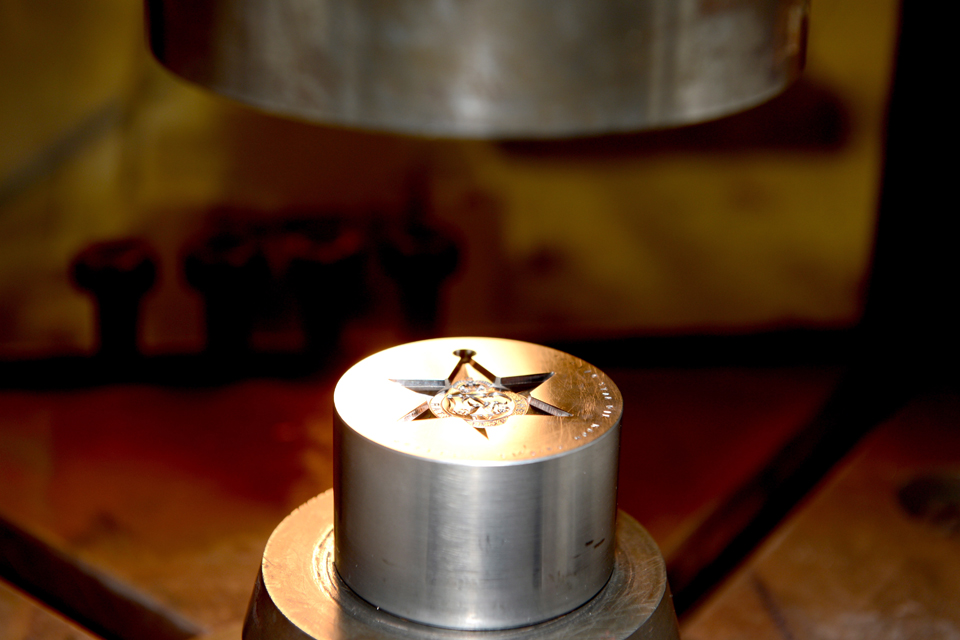 Arctic Star medals being produced at the Royal Mint Cardiff [Picture: Petty Officer (Photographer) Gaz Armes, Crown copyright]Beyond the threat of the enemy, the men endured terrible weather conditions, the darkness of the polar winter and 24-hour daylight at the height of summer. If ships were sunk, sailors perished in minutes in waters barely above freezing.
Given the horrors they faced, Gavin Elliott, Commemorative Coin Head of Production at the Royal Mint, said his colleagues were treating each Arctic Star struck with great care:

Each medal is individual - its important that the quality of the medal is right. Each one is handled with great care and attention.
​
We take great pride in what we are doing. Were very conscious that this is very important to those who will be receiving the medal.
​
Although nearly 7 decades have passed since the last Second World War campaign medals were produced, Mr Elliott said the manner of striking the bronze awards had not changed. He explained:

They are made in exactly the same way as the 1939 to 1945 stars. Bronze is our traditional metal and we are producing these new stars in the traditional manner.
​ 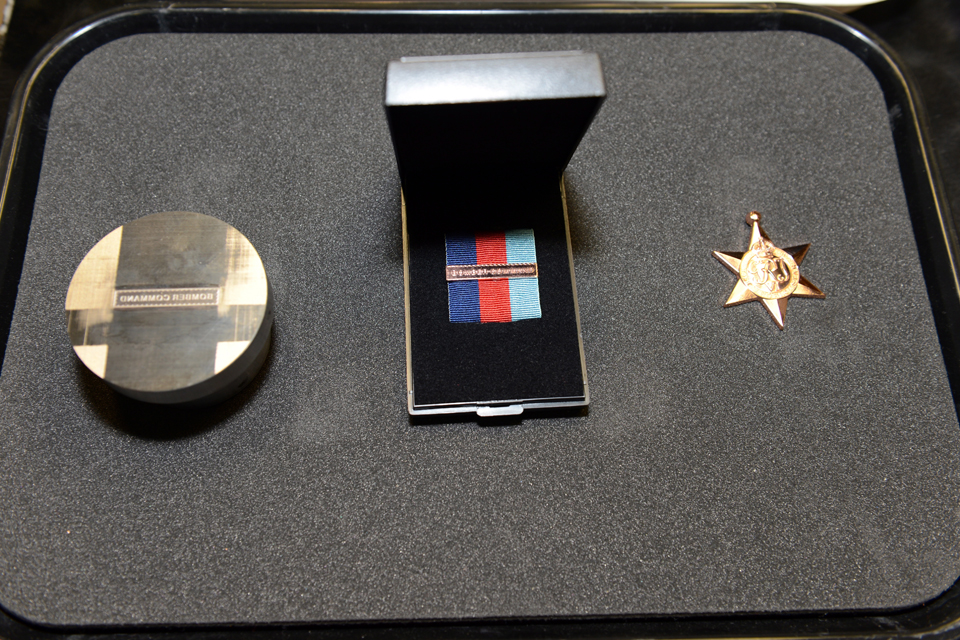 A brand new Arctic Star medal with ribbon in a presentation box [Picture: Petty Officer (Photographer) Gaz Armes, Crown copyright]It is thought between 200 and 400 sailors, all now in their late 80s at their youngest, survive from the 4-year-long campaign, a mission Churchill acknowledged was the worst journey in the world. The families of those no longer alive will also be able to apply for the Arctic Star in recognition of their loved ones bravery.
Whilst the aim is to recognise those who served on the Arctic Convoys, all who served north of the Arctic Circle during the Second World War are eligible, including members of all 3 Services as well as the Merchant Navy who crewed the ships taking the vital supplies to Russia.
The Arctic Stars are produced by the same team responsible for providing MOD with up to 40,000 medals a year, such as the Afghanistan operational service award - upholding a tradition of campaign medals going back to the Battle of Waterloo in 1815.
Applications for the medal can be made via www.veterans-uk.info/arctic_star_index.htm or write to: The Arctic Star, MOD Medal Office, Imjin Barracks, Innsworth, Gloucester, GL3 1HW.
Veterans of Bomber Command will also begin receiving new awards in recognition of their heroic service within the next few weeks.

Book Reviewer
Well I've sent off the completed application form to get my Father's medal. He was a cantankerous old bugger, and would be most pleased to get something out of the MOD after all these years. It does mean, though, that I've got to take them off the wall, and get them remounted, etc. I sense a claim coming along here!

It also means that, from beyond the grave, he's now going to have one more than me. Bastard.

N
Advice for wearing father's medals on the right
2